A TIKTOKER has shared a mysterious video of a blood-like liquid spilling out from a unit next to her storage locker, unsettling and intriguing social media in equal measure.

The strange pool of red liquid was spotted oozing out of the unit by Ashley Money (@larrie6512) earlier this week when she put some of her belongings into storage while moving house. 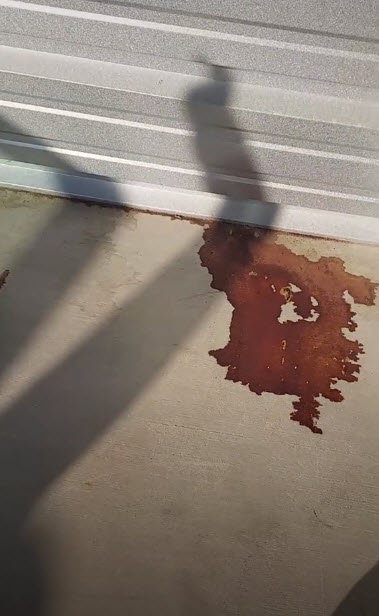 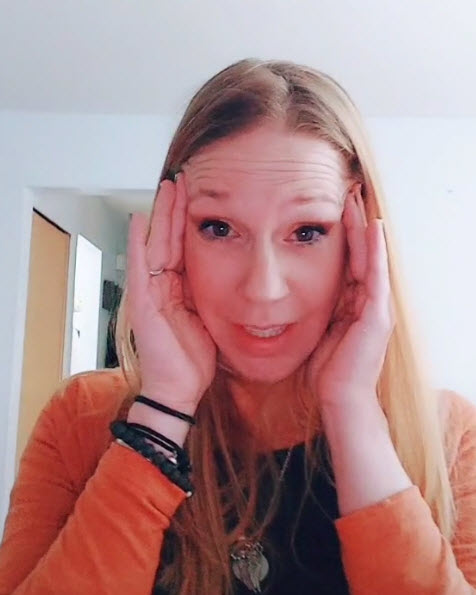 Money has posted a series of videos about the so-far unidentified stain, with the initial clip racking up almost six million views in the last five days alone.

Countless viewers voiced concern to Money, with many suggesting the liquid was blood and a body may be inside the unit or murder may have taken place inside the lot.

In her second clip, Money reveals that she informed the front desk of the discovery and was immediately contacted by a worker at the unit.

However, a day later, Money revisited the site and found the red liquid was still there.

In search of answers, Money adhered to the demands of her followers who instructed her to pour hydrogen peroxide over the fluid, as it often causes a bubbling effect when mixed with blood.

"Unfortunately, no bubbles," Money said after pouring it on.

In a later video, she clarified her remarks saying she used the term "unfortunately" because she thought she was disappointing her viewers, rather than hoping the liquid was something macabre.

She also said in a subsequent video that upon returning to the liquid on another day, she saw what appeared to be small bubbles.

In her latest update, Money said she'd been receiving a "lot of heat" from fellow TikTokers who blasted for apparently not immediately calling the police.

"At what point are you going to call the authorities?" one user quizzed.

In response, Money explained that she had in fact called the police soon after uploading her first few videos.

However, she was unable to clarify that she'd had done so as her videos had been reported so many times on TikTok that she was temporarily banned from posting on the app.

Authorities reportedly told her they would return her call shortly, but took "six and a half hours" to do so.

"And then they laughed at me because it didn't sound like an emergency," she claimed.

According to Money, police eventually contacted the storage unit owners and made them open it up.

"It ended up being something they were not allowed to be storing, and yes it did leak into mine but she did reassure me that it wasn't a corpse," she said.

Money said she's unsure what the item was, but some of her followers suggest it may have been a deer or another animal that had recently been hunted but incorrectly stored.

Other viewers jokingly referenced the hit Netflix thriller show You, suggesting the show's flawed-protagonist Joe Goldberg may have been murdering people in the local area.

“Joe Goldberg would never let that happen,” one viewer said of the spill. 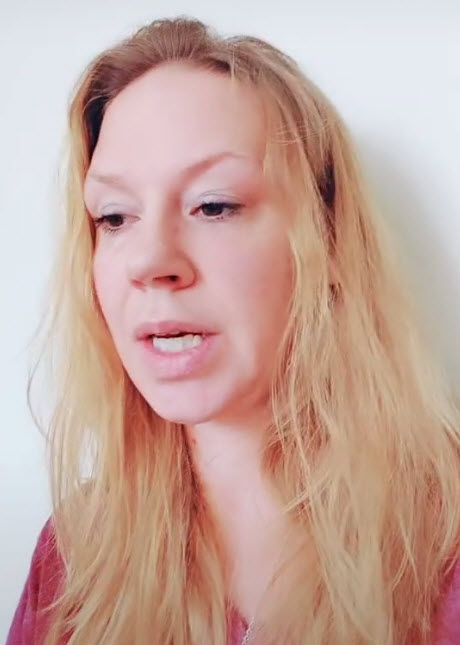 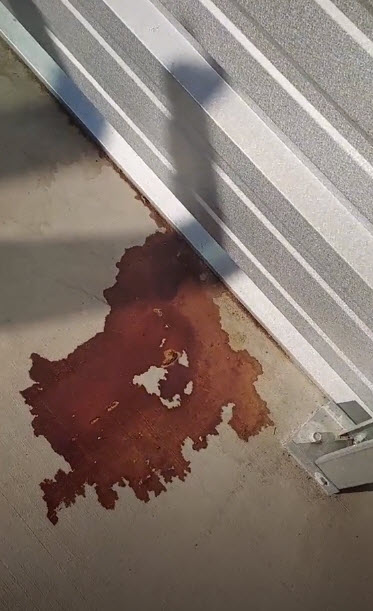