The year 2020 is remembered as a tough one for Victorians, but it was particularly hard for Mill Park retiree Gerry Fay.

Fay’s wife, Geraldine, died of cancer in February that year and, during a series of COVID-19 lockdowns, Fay found himself at home alone for long stretches. 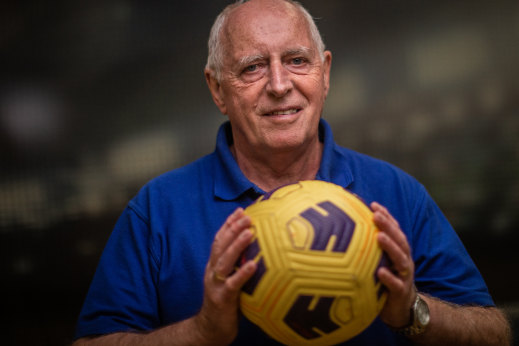 More than a game: Gerry Fay says walking football got him out of the house and active again.Credit:Scott McNaughton

He took medication for anxiety and felt “locked up and stressed out”.

One of the keys to Fay getting back into life, once lockdowns lifted, was resuming his involvement in walking football.

“To get involved in an activity again, be planning events and tournaments, that kept me occupied and gave me things to do instead of sitting in the house on my own,” he said.

“It is all about exercising, having fun and socialising. So this helped me get back to some sort of normality, I no longer needed the medication and started to enjoy life again.” 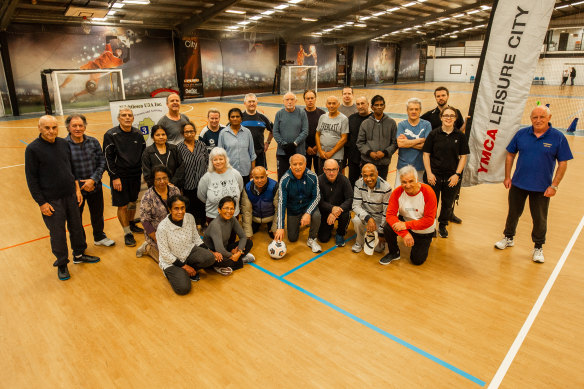 A new but growing sport, walking football is a modified form of soccer aimed at seniors, with smaller teams, no running, the ball kept is below hip height and the focus is on fun and friendship.

Fay, 72, took over Whittlesea council’s then-new walking football program in 2017, one of the first in Victoria. He had played Gaelic football and soccer when younger in his native Belfast and kept fit with gym, fun runs and playing indoor soccer after migrating to Melbourne.

Now the Whittlesea U3A (University of the Third Age) team that Fay helps organise has more than 25 men and women, most aged over 55, who train on Thursdays at YMCA Leisure City fitness centre in Epping, in Melbourne’s north.

In November, two Whittlesea U3A teams will compete in the Pan Pacific Masters Games on the Gold Coast.

Football Victoria, which oversees the program locally, lists 25 venues hosting walking football in the state, including in Bendigo, Beechworth and suburbs across Melbourne, with three more due to open soon. 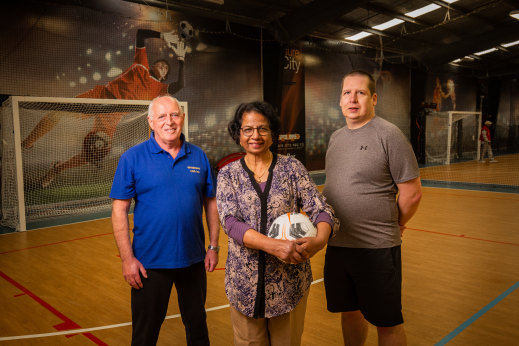 Ambi Thangavel, 73, drives from Broadmeadows to train and said she hadn’t played team sport since netball at school in the mid-1960s in Sri Lanka.

Thangavel said that since she started walking football she was “feeling great not only physically, but mentally as well, and I have improved confidence”.

“On the day I play, I don’t feel tired, I can do more work at home, I can function more.”

Margaret Samuel, 73, of Bundoora, who lives with Parkinson’s disease, said walking football kept her feeling fit and energetic and was a social outlet.

“I am a people person and I enjoy meeting people from different nationalities,” she said.

Fay says players look forward to his club’s Thursday training and often go out for coffee and have made friends among the group.

He said that during the pandemic, when training was cancelled for months at a time, “I was getting lots of emails from players saying ‘when can we start up again’.”

Walking football is big in the UK, where more than 1000 clubs have formed in the past 10 years, with names including the Bicester Fossils and Rothwell Old Boars. Famous soccer clubs such as Manchester City and Arsenal have walking football programs. 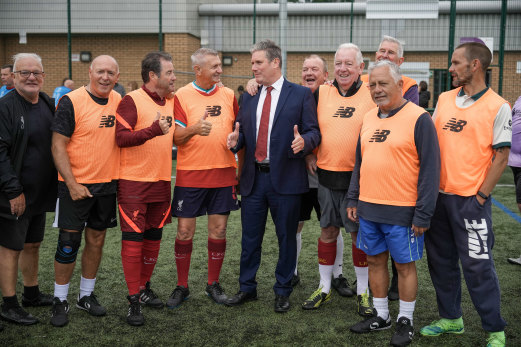 On September 8, the Whittlesea U3A club will hold an R U OK? Day at Epping, focusing on seniors’ mental health.

The following day, many of the clubs will play in a social tournament at Keilor stadium to mark Women’s Health Week and hold clinics for new participants.

“Walking Football is a positive and inclusive initiative making it easier for more Victorians to get active and socially connect with others in their local community,” Demaio said.

To enquire about playing visit: www.footballvictoria.com.au/community/programs/walking-football