Follow
Home » World News » ‘I wish she could see her grandchildren’: MP Katie Allen on the pain of losing her mum at 28

Katie Allen still cries when she talks about her mother.

Dr Allen, a former paediatrician and medical researcher who is now the federal member for Higgins, lost her mother Judy Stephens to lung cancer when she was 28.

“I wish she could see her grandchildren,” Dr Allen said. “She begged us to get pregnant. Malcolm and I had just got married and I said ‘Mum I can’t, you are dying and I can’t do that’. She said ‘It gives me hope that there’s something to come’.”

Dr Allen’s mother used to tell her you can only understand what it’s like to be a mother when you are one yourself.

“We’ve got four kids and sometimes when I was struggling I would think ‘I wish Mum was here so I had someone to wrap their arms around me’.” 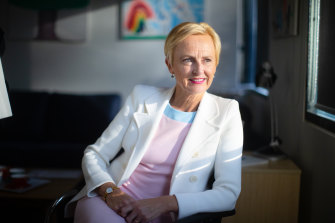 Dr Katie Allen lost her mother when she was 28.Credit:Simon Schluter

Dr Allen was seated with other women who had lost their mother in their 20s. “One woman said ‘I don’t think I’ll ever have children because of what happened to me’,” Dr Allen said. “I felt very sad for her when she said that, but the response from the table, which I hope she’ll take away with her, was she doesn’t have to be frightened of life. We said: ‘It’s hard but you know what, it’s beautiful’.”

Motherless Daughters Australia co-founder Danielle Snelling, who was 23 when her mother Rosa died from cancer in 2012, said Mother’s Day was one of the most difficult days of the year.

“Mother’s Day promotions are everywhere, retail bombard you telling you to spoil Mum. They’re assuming everybody’s got a mum and to receive an email like that is heartbreaking,” Ms Snelling said. “You’re constantly reminded from the start of April of what you don’t have.”

Since April, Motherless Daughters Australia has been running its Mother’s Day Ambassador initiative, to empower those whose emotional state is imperilled by Mother’s Day promotions.

The organisation has crafted a carefully worded response to Mother’s Day emails, which it invites participants to cut and paste. 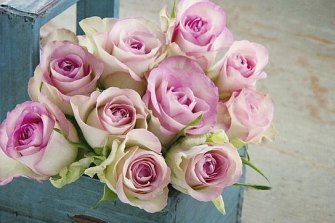 Mother’s Day can be difficult for women who have lost their mothers.Credit:AFR

The email response points out that Mother’s Day can be a difficult time for many and asks businesses to include information about Motherless Daughters Australia on their social media accounts or email marketing campaigns and provide an option for people to opt out of Mother’s Day promotions.

”We have been able to gain enormous traction with that this year,” Ms Snelling said. ”I’m going to get emotional when I talk about this, because we’ve just got amazing corporates come on board and share on social media and make so many women who struggle with Mother’s Day feel seen, heard, and thought of.“

Dr Allen was overwhelmed by the response she received when she spoke about losing her mother in her maiden speech to Parliament House in 2019. 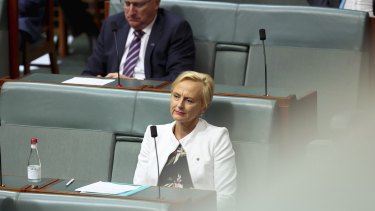 “I said in my speech I had a difficult relationship with my Mum,” Dr Allen said.

Dr Allen said her mother was a direct, pragmatic person “who called a spade a bloody shovel”.

Dr Allen’s mother has had a way of helping her beyond the grave. She only learned when she stood as the Liberal candidate in Prahran at the 2018 Victorian state election that her mother had been the secretary of the Liberal Party in Albury for 10 years.

“People were like ‘Who are you? You might live locally but you’ve never been a member of the party,’ and when I rolled out that my mum had been the secretary of the party. ‘Oh, you’re OK then’.”

In 2000 – six years after her mother died – Dr Allen returned to Albury Public School to open a millennial time capsule containing a letter she had written when she was a student at the school.

To her surprise she found letters from her mother to her and her three siblings in the time capsule.

“She wrote to me if you can only get hold of your emotions you’ll go a long way, which is hilarious. She said things like you’re going to have to worry about work-life juggle because your generation are going to have a career. It was like ‘Oh, my God, mum knew us but also how much she could see our future’.”

In her maiden speech Dr Allen said she always thought her mum was gone. “But as I have written this speech I realise she is here now, guiding me.”