Usually, the day after Halloween is a celebratory time as we’re all gearing up for the holiday season. We anticipate the spooky season smoothly transitioning into Mariah Carey-Christmas season. Instead, many of us woke up to news of one-third of the biggest rap groups in history’s murder. Not even two months after rapper PNB Rock was gunned down, Migos’ Takeoff was fatally shot at a private party. While speculation of who is to blame consumes the internet, we send our condolences and prayers to Quavo, Offset, and the rest of Takeoff’s family and friends.

So whether you spent the week mourning and relistening to “Fight Night” or have no clue who Takeoff is and just tired of hearing about senseless deaths, here’s a few news stories you might have missed.

We Know Who Oprah Isn’t Voting For… 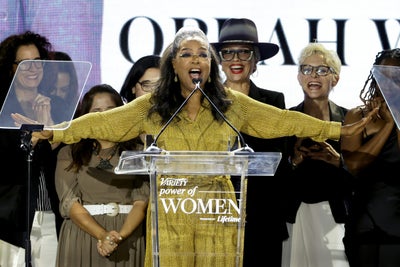 One thing about politics, is it will always draws lines in the sand. In a shocking twist of events, days before the 2022 midterm election, Oprah Winfrey has thrown her support behind Pennsylvania Lieutenant Governor John Fetterman.

On Nov. 3, Winfrey hosted “A Virtual Voting Conversation” with community leaders and discussed the importance of voting in the midterm election. She later said, “If I lived in Pennsylvania, I would have already cast my vote for John Fetterman for many reasons.”

Winfrey was the first guest on Oz’s early-2000s show Second Opinion, and she invited Oz on The Oprah Winfrey Show regularly for years. Her company, Harpo Productions, launched The Dr. Oz Show which ran for 13 seasons and ended in January of this year.

The 68-year-old media tycoon went on to endorse a slew of other Democrats in high-profile Senate races, during the event.

“That is not the only race that matters. If I was in North Carolina… sister (Cheri) Beasley there, and if I was in Florida, I’d be supporting Val Demings. If I was in Wisconsin, it would be Mandela Barnes, in Nevada it would be Catherine Cortez Masto. And in Texas, Beto O’Rourke, and Raphael Warnock and the incredible Stacey Abrams, of course, in Georgia.”

According to a poll from the New York Times Fetterman is leading the race at 49 percent, with Dr. Oz following closely behind at 44 percent.

A puppeteer is under fire online after a recent performance at one of the oldest gay bars in Chicago according to them. Videos from Touché’s 45th anniversary celebration on Tuesday, show performer Jerry Halliday, doing a routine with a puppet named “Sista Girl.” The offensive puppet, of a Black woman with large pink lips and a high ponytail spoke with a stereotypical “Blaccent.”

“Well you can kiss my motherf–king ass, b—h. Don’t f–k with me, honey,” the Black puppet voiced by the white man told an audience member during a confrontation.

In another video, an audience member confronts Halliday, saying “Everyone in the crowd thinks this is a little weird for 2022.” According to Book Club Chicago, witnesses said the ventriloquist made jokes about loving watermelon, being on welfare and having multiple kids.

The bar posted an apology on social media on Wednesday, writing that they “deeply regret not vetting the entertainer prior to the event.”

“People were harmed by his words,” the apology reads. “Racism and transphobia are wrong, we need to do better. Touché will continue to upgrade our awareness of and responses to racism, sexism, and transphobia. We are currently exploring ways to address the harm that was caused.”

Touche says the performer wasn’t vetted beforehand because he had previously performed a set that went well with the crowd.

For Halliday, however, the show was an “overwhelming success.” The national performer who has headlined shows in Las Vegas defended himself stating Sista Girl has been a mainstay in his act for 25 years.

“The Black people there all loved my show, and they told one person there to ‘shut up’ because he was trying to stop my show,” Halliday told Book Club Chicago. “I was a student at Hampton University, which is a Black university, and I’ve done fundraising for Black organizations, so this is all bulls–t.”

Elmo would never allow this on Sesame Street.

Starr Andrews, just became the first Black American figure skater to win an ISU Grand Prix medal. She’s the first to do so in the series’ 27-year history.

Back in 2010, Andrews went viral for her routine to Willow Smith’s “Whip My Hair” when she was just 9 years old. Now, at 21 years old, she’s making history!

Last Saturday at Skate Canada in Mississauga, Ontario, Andrews skated to Lara Fabian’s remake of “Je Suis Malade.” She executed six triple jumps and an impressive double axel euler triple salchow. Her final score was 191.26, 10 points above her previous personal best. The score bumped her up from fifth place to second, right behind  Japan’s Rinka Watanabe.

“It is a huge deal for me,” Andrews said, according to the International Skating Union. “I am one of the few people of color in the sport, and to bring home a medal is even more special.”

After the program, Andrew wrote on Instagram: “I can’t even put into words how I feel right now! I couldn’t be more proud of how I skated in Canada. Thank you to all the support I’ve gotten even on the skates that weren’t my best. This is a dream come true.”

Andrews historic feat is just a reminder that Black girls can do anything and everything.

From “Cop Killer” to TV Cop

This week, Ice-T is being celebrated as the longest-running male actor in a TV series for his role on Law and Order: Special Victims Unit. The “Cop Killer” rapper joined the series in 2000 and has since amassed over 400 episodes as narcotics-detective-turned-sergeant Odafin “Fin” Tutuola.

Not to be outdone, his co-star, Mariska Hartigay, who plays Captain Olivia Benson, holds the title for women.

“Mariska beat me but she’s an actress,” Ice-T told Entertainment Tonight. “You’ve gotta be on the show that stays on the longest–(Law and Order) is the longest-running show, so to get that title you have to be on–it’s all consecutive.”

At 64, the West Coast rapper has had a lengthy acting career with roles in 1980’s Breakin’ and the sequel of the same name four years later, 1991’s New Jack City, and the iconic recurring role on SVU’s producer Dick Wolf’s earlier series, New York Undercover.

The husband and father of three took to Twitter to boast his accomplishment, writing, “Longest running male actor in TV History. Don’t tell me what CANT be done.”

Coach Prime Is Still A Defender

Jackson State University football head coach Deion “Prime Time” Sanders proved he cares about his players’ on and off the field.

Following the fatal shooting of hip hop star Takeoff on Nov. 1, the two-sport athlete addressed the Tigers football team ahead of a highly anticipated match against Texas Southern University.

In a video shared by Sports Illustrated, Sanders prohibited his players from leaving their hotel to avoid being in the wrong place at the wrong time.

“So that eliminates all y’all leaving the hotel,” the former NFL star said, “because it ain’t happening until I give you further notice.”

He encouraged the team to elevate themselves and sever ties with destructive people and places. The sentiment has been shared in many conversations since reports of the Migos rapper’s untimely death.

Takeoff, whose real name is Kirshnik Khari Ball, was dead at the scene after an argument led to gunfire from at least two weapons, the Houston Police Department said, according to The New York Times. The shooting occurred while a group of about 40 people gathered near the front door of the bowling alley after a private party. 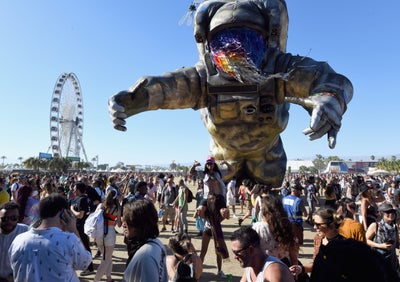 Filed in a California federal court in October, the lawsuit stated that Afrochella organizers were knowingly “trading on the goodwill” of Coachella and its affiliate events. The company, Goldenvoice, that owns Coachella, first warned the organizers in 2016 that it did not want festival goers to believe that Afrochella is “authorized by, affiliated with, AEG or Coachella.”

It has been alleged that the team behind Afrochella “admitted” that its name and event were “inspired by Coachella.” Documents, obtained by Pitchfork, stated that Coachella organizers had reached out to the Afrochella team multiple times to make adjustments, but were allegedly ignored.

Like Coachella and most music festivals, Afrocella postponed its event plans in 2020 due to the pandemic. However, by 2021, the organizers went ahead with the festival in Accra, Ghana.

Afrochella is scheduled to take place this year on December 28 and 29.

Presently, there are plans for Afrochella to expand to South Africa later in November. Afrochella organizers have shared aspirations to host the festival in the U.S. in the future.