Indiana authorities continued to search for a missing 2-year-old girl Saturday after discovering what they believed to be her coat downstream from where her father was found Friday morning inside his submerged truck.

Jeremy Sweet was taken to a hospital for hypothermia after being pulled from the White River on Friday morning, the Bartholomew County Sheriff’s Office said.

Sweet was “out on bond for unlawful possession of a firearm by a serious violent felon as well as possession of methamphetamine,” the sheriff’s office said, according to FOX 41 in Louisville, Kentucky.

He was found by duck hunters early in the morning near Columbus, Indiana, according to WISH-TV in Indianapolis.

His daughter, Emma Sweet, 2, was last seen Wednesday and was reported missing along with her father on Thursday, FOX 41 reported. 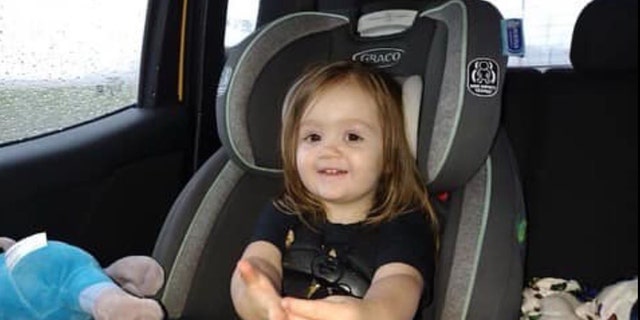 Personnel from multiple agencies were conducting the search.

“All of the agencies have been working together for the common goal of which is to find Emma and bring her home to her family,” Bartholomew County Sheriff Matt Myers said in a statement posted on Facebook.

Jeremy Sweet told officers Emma had been with him, according to WISH.

Investigators confirmed the little girl wasn’t found inside or underneath the truck, the department said.

“It broke my heart because I have five kids of my own,” neighbor and volunteer Brittany Matney told WISH. “I have a 2-year-old daughter that I just look at and it just makes me want to cry because I don’t understand how it could happen to somebody, especially a little kid. It’s sad. It’s heartbreaking is what it is.”