Inside Iran's torture prisons: Tehran quick to jail those with pro-Israel ties

Thanks to a rare glimpse inside the Islamic Republic of Iran’s vast penal establishment in Tehran, Fox News has obtained exclusive information about Iranians condemned to harsh sentences for mere contact with Israelis, including, for one, a betrayal by Turkish intelligence — an alleged ally of the U.S.

“A woman who was incarcerated in Tehran’s notorious Evin Prison — where the regime keeps most of its political prisoners — was arrested leaving the Israeli embassy in Ankara by Turkish intelligence,” a source told Fox News. Ankara, however, deported her to Iran and into the hands of the Revolutionary Guards, the source said.

The Turkish government under the rule of political Islamist Recep Tayyip Erdogan is ostensibly an ally of the United States because Turkey is a member of the North American Treaty Organization (NATO).

The Trump administration designated Iran’s Islamic Revolutionary Guard Corps a Foreign Terrorist Organization, and that classification remains in force. The Guards have been responsible for the murders of hundreds of Americans in the Middle East.

The source, who declined to be named, said the woman “had been given 16 years on espionage and terrorism charges. She had an Iranian boyfriend whom she had met in Europe and who she says works as a doctor for the IDF [Israel Defense Forces].”

The source added that “the woman had visited Tel Aviv with him on her Iranian passport and most likely was involved in doing something for the Israelis. She is a practicing Muslim and would pray regularly yet somehow felt drawn to or connected to Israel.”

It was not the first time Erdogan has betrayed Israel. In 2013, Washington Post columnist David Ignatius reported that Erdogan “is said to have disclosed to Iranian intelligence the identities of up to 10 Iranians who had been meeting inside Turkey with their Mossad case officers.” 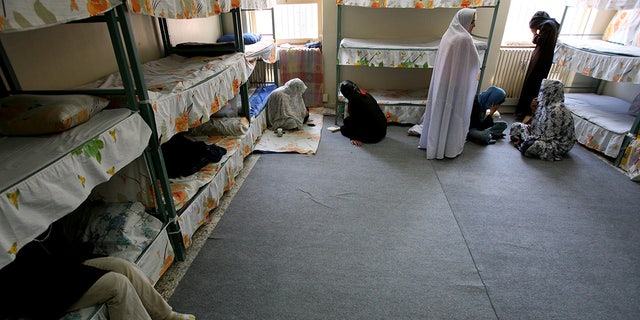 The Resistance Axis Monitor organization, which provides insight into “Iranian operations” in the Middle East, tweeted on March 23: “Some popular pro-IRGC Telegram channels claim that Turkish intelligence warned about a Mossad plot to assassination Qods Force economic deputy and former oil minister Rostam Qasemi in Lebanon yesterday, and that authorities foiled the plot.”

Another individual has told Fox News that inside Iran’s prisons, “many of the anti-regime activists were very pro-Israel, on the basis of ‘my enemy’s enemy is my friend,’ and would say things like ‘I love Israel’ or ‘I wish Israel would bomb Iran.’”

This source brought up the case of another Iranian prisoner who had allegedly been given a five-year sentence for being in touch with people in Israel. This person had posted comments expressing sympathy for or interest in Israel on a Farsi-language website about Israel that had been set up by an Israeli NGO trying to reach out to regular Iranians.

“The prisoner was then contacted by this organization and recorded a video in support of them,” the source said. “The individual had been in touch via video call directly with a couple of Israelis whom they had met via this website. The Iranian regime was monitoring them and arrested the prisoner because of these illicit communications and for posting something pro-Israel online, and charged them with espionage offenses. The prisoner remained very pro-Israel in prison and would openly talk about their interest in visiting Israel after their release.”

According to the source, “The prisoner even hoped Israel would grant them asylum after their release, because they went to jail for Israel.”

The Islamic Republic has criminalized visits to Israel and has imprisoned Iranian Jews over the years who managed to visit the Jewish state and returned to Iran. In 2020, the Iranian regime’s parliament passed a law outlawing any prearranged contact between Iranians and Israelis.

A third case brought to the attention of Fox News involved an Iranian prisoner who had been convicted of spying for the Mossad along with their partner, who successfully fled Iran before the prisoner was arrested. This prisoner allegedly owned an apartment in Tel Aviv and had visited Israel on a number of occasions.

The revelation that Turkey damaged a suspected Israeli asset in Ankara could trigger new criticism of Erdogan’s government. Both the Trump and Biden administrations have expressed strong opposition to Erdogan’s purchase of Russian S-400 missiles. Russia is hostile to NATO and critics view the Turkey-Russia alliance as endangering the NATO alliance.

Fox News sent press queries to the governments of Turkey and Israel and did not immediately receive responses.

Benjamin Weinthal reports on human rights in the Middle East and is a fellow at the Foundation for Defense of Democracies. Follow him on Twitter @BenWeinthal