A SUPERYACHT owned by a Russian tycoon boasting an eye-watering £61million price tag is set to be auctioned off after being seized.

The stunning 240ft vessel – named The Axioma – has a catalogue of bougie features including six decks, a pool with a swim-up bar and even a cinema. 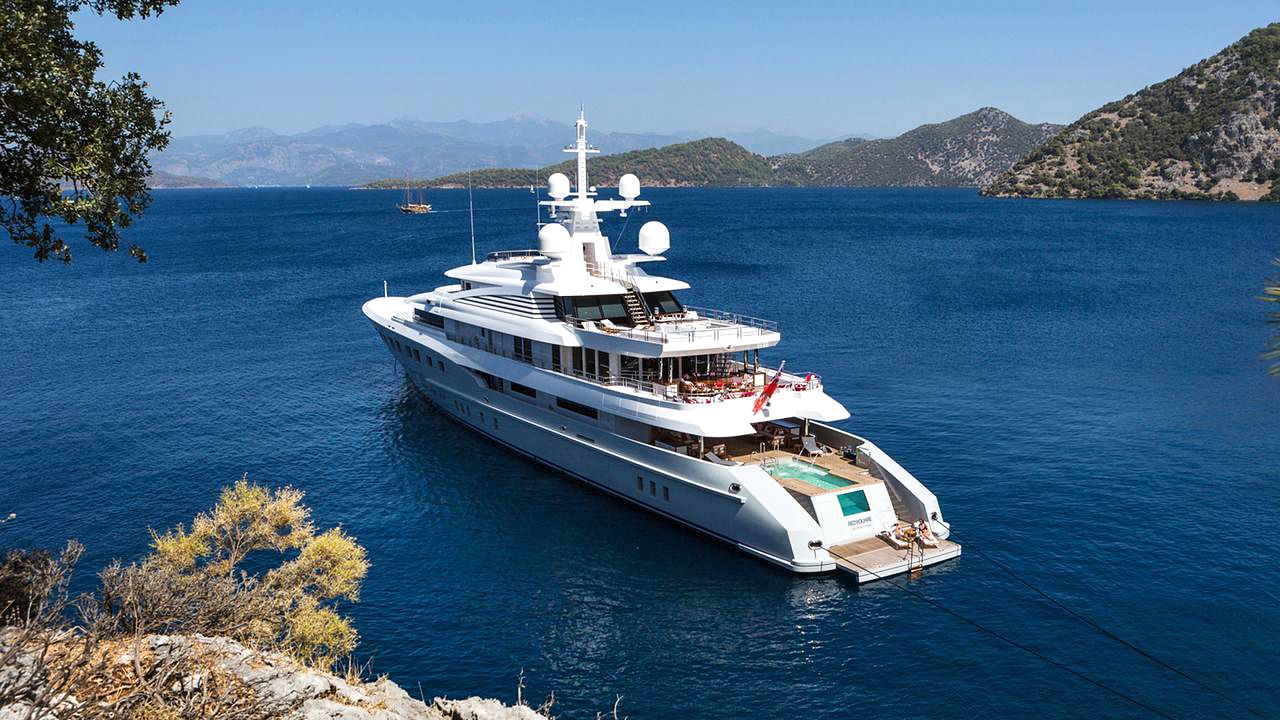 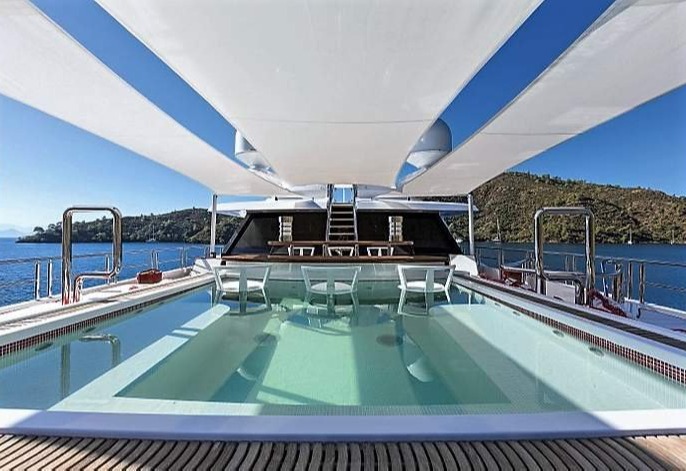 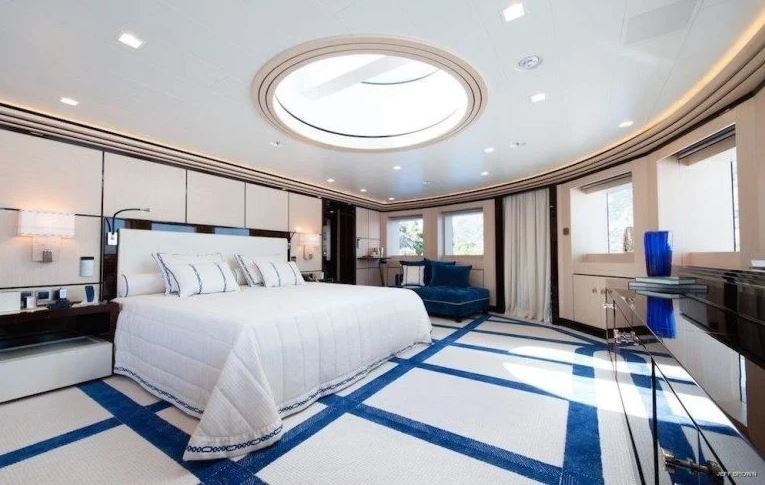 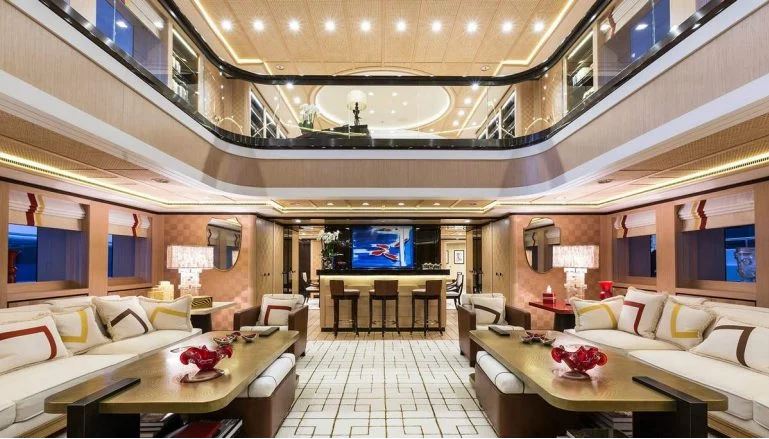 Owned by Russian billionaire Dmitry Pumpyansky, the mighty yacht was seized back in March amid Western sanctions over Vladimir Putin's bloody war in Ukraine.

It is now to be auctioned off for a huge sum of cash under the orders of Gibraltar's supreme court, reports YouTube channel ESysman SuperYachts.

And the winning bidder will be setting sail amid copious amounts of luxury, with six cabins able to accommodate up to 12 guests.

All rooms are set on the main deck – which has large windows for breath-taking panoramic views. 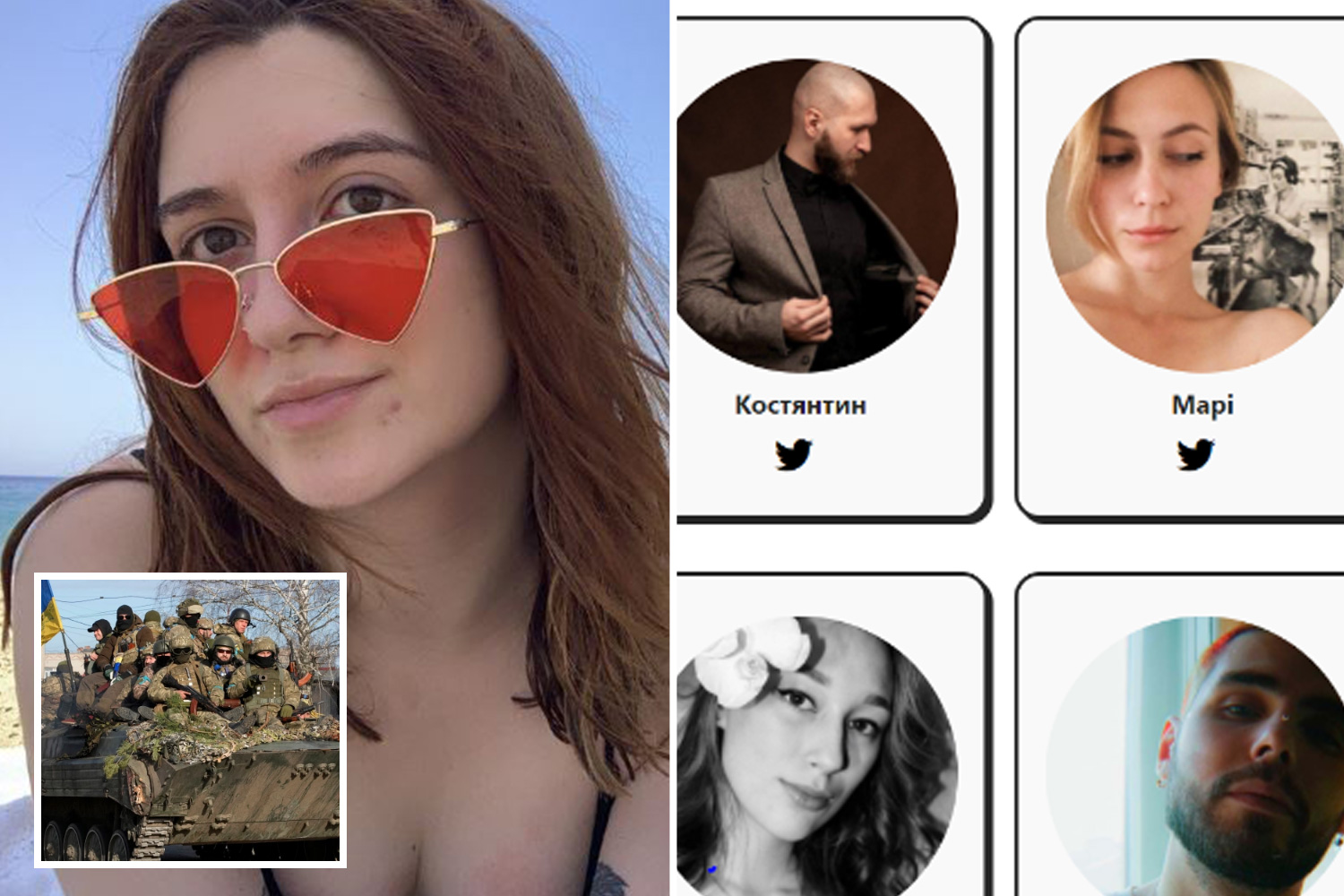 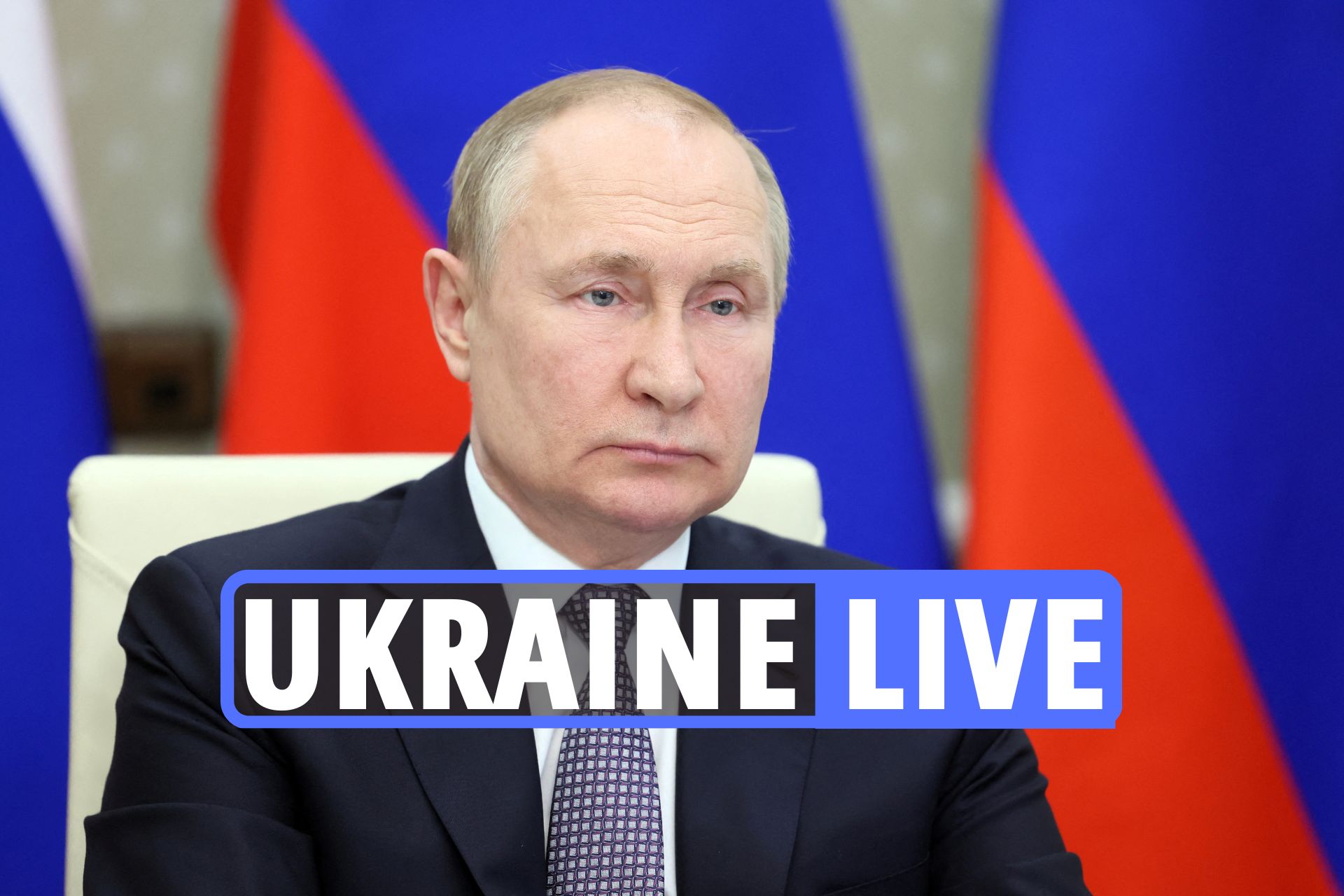 As for entertainment, the megayacht flaunts an infinity pool, fitness centre, cinema, sauna, massage room and a lift.

It was delivered back in 2013 by Turkish shipyard Dunya Yachts, complete with an eye-catching blue paint job and neutral hues inside.

Able to zip along at 6,000 nautical miles at 12 knots thanks to its twin Caterpillar engines, the superyacht has hosted its fair share of celebrities, including Kendall Jenner.

The yacht was snapped up by Russian businessman Dmitry Pumpyansky, who is worth £1.7billion.

He started as a metals trader before taking over the Sinarsky Pipe Factory.

But after Putin order his troops into Ukraine in February, Axioma was quickly impounded in Gibraltar as it headed to Turkey.

Although owned by Pumpyansky, it is run by management company Pyrene Investments.

Multinational investment bank JPMorgan was involved in the seizure, and had provided an £18million loan to the company – meaning the loan agreement was breached after Pumpyansky's name was inclused on the sanctions list.

The bank was not able to accept his money to repay the loan, and so the 240ft boat is being sold off.

Several superyachts, private and even art belonging to Putin's cronies have been seized or detained since war broke out.

It comes as the invasion continues to rage on, with Russian missiles raining down on Kyiv in a fresh attack just hours after Putin rushed to a sudden late-night meeting in Kremlin.

The Russian leader attacked the Ukrainian capital in the early hours of Sunday morning, striking at least two buildings, according to the city's mayor Vitali Klitschko.

Footage shows a massive cloud of smoke billowing in the air following the missile strike in the city.

A video shows one of the targeted buildings in the Shevchenkivskyi district, destroyed as rescue services are battling to rescue civilians.

Glastonbury moment goes viral as the ‘queen’ is ‘spotted’ in crowd

The 6 things you are wearing that make you look cheap, according to a fashion expert

The strike on Kyiv is only one of the attacks in Ukraine as 48 cruise missiles were launched on civilian targets across the country. 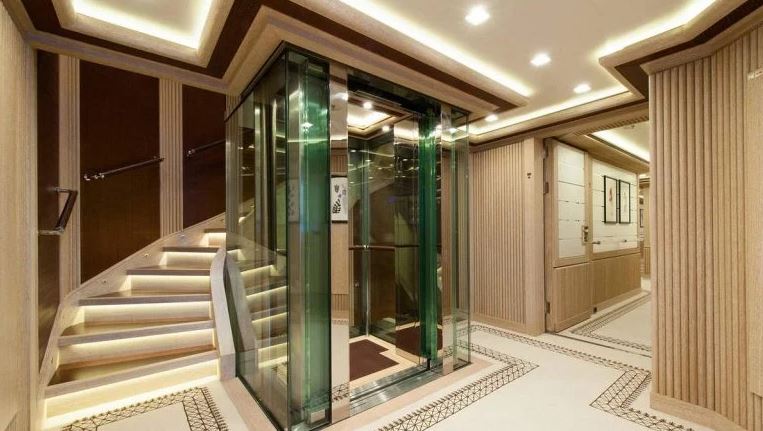 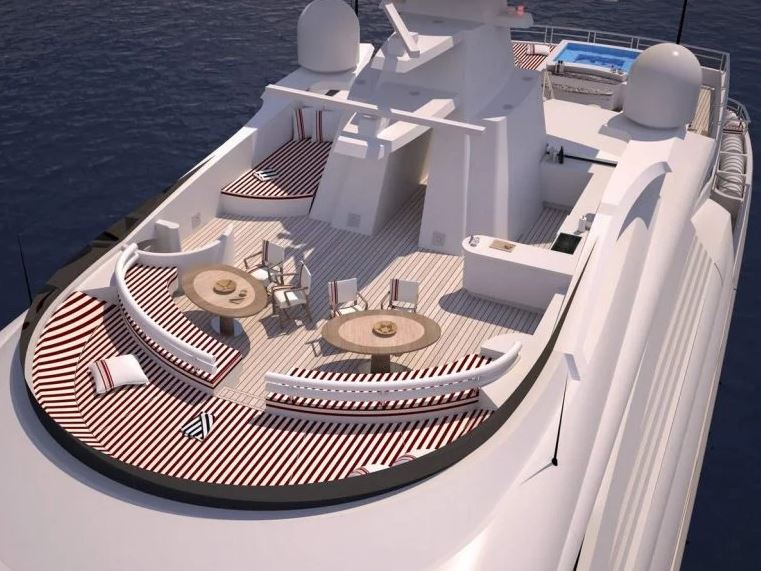 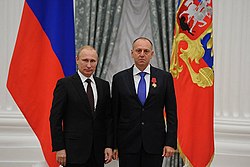