Follow
Home » World News » Inside the war room: Why Victoria is winning the COVID battle

Inside the war room: Why Victoria is winning the COVID battle

They call it the “war room” but when you step inside the nondescript, windowless space from where Australia’s most sophisticated contact tracing is being run, you are immediately struck by a sense of calm.

Where our response to last year’s deadly outbreak was slow, bureaucratic and, at times, confused, it is now led by what Paul Johnson, the director of the North Eastern Public Health Unit, describes as a “military-inspired, mission command”.

Under this model, Melbourne’s three suburban public health units, – the North Eastern, South Eastern and Western – are given autonomy to manage outbreaks in their geographic areas, according to a clearly articulated plan: Go fast, stop COVID, report back to base. 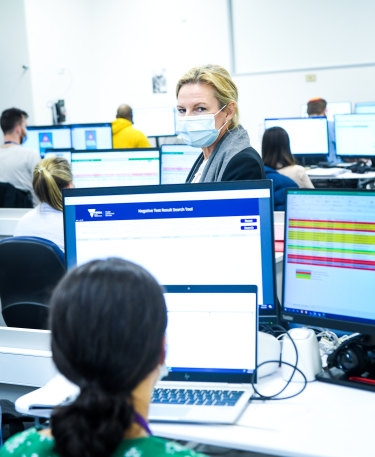 “We own it”: South East Public Health Unit director Rhonda Stuart inside the contact tracing “war room” at the Monash Medical Centre.Credit:Justin McManus

“We own it,” said South East Public Health Unit director Rhonda Stuart. “We do the cases and lock down the contacts and find the exposure sites and we deal with them. We are responsible for our neighbourhood and we will look after it.”

The outbreak which has thrown Melbourne into a two-week lockdown is the first test of significant Victorian government decisions taken as we were emerging from our 2020 COVID winter to decentralise public health into local and regional units and replace the technology used to support contact tracing.

The evidence so far suggests that these changes, combined with good leadership and the extraordinary efforts of people like Jay Caruso, who worked 15-hour days in the South East war room at the peak of the outbreak, have given Victoria a level of COVID protection beyond what anyone who witnessed last year’s failures could have imagined.

Mr Caruso is a 22-year-old student paramedic who deferred his studies last year to join the surge workforce of contact tracers recruited to combat the second wave. He experienced first-hand the frustration of having to photocopy transcripts of case interviews and paste them into an antiquated reporting system. 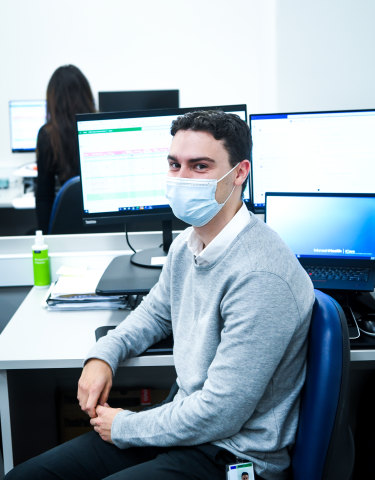 Where contact tracers still require between three and five hours to interview a new case, information from those interviews is now instantly uploaded into a Customer Relationship Management platform provided by tech giant Salesforce.

The platform, known at TREVI, uses structured data such as geolocations to match people, places and times associated with one positive case to other cases and contacts already in the system.

In effect, it maps a social network of the outbreak which helps to identify exposure sites, missing links in transmission and mystery cases. Once an exposure site is identified, the system can access QR code check-ins, financial transaction data and staff lists provided by businesses to send an automated text message to anyone identified as being at the same place at the same time as a positive case.

Sources familiar with the technology say Victoria’s contact tracing now has capacity beyond any other state.

“It shows how we have handled this mini-outbreak that we are keeping numbers at bay,” Mr Caruso said.

Richard Flanagan, a 57-year-old community health nurse who joined the South East Public Health Unit contact-tracing team at the start of the year, puts it more succinctly: “It has all stood up. The system is working.”

This is supported by the Commonwealth’s most senior health official, Chief Medical Officer Paul Kelly, who last week told Senate estimates that Victoria had met all national contact-tracing benchmarks throughout the outbreak. More importantly, it has helped suppress the outbreak to just a handful of new cases a day. 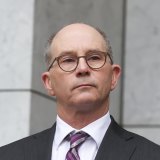 A criticism of last year’s response to the second wave is that the Department of Health and Human Services, as it was then known, became besieged inside its own headquarters.

The decision to split public health into suburban and regional units, as had already been done in Queensland and NSW, has opened up the public health response to infectious disease experts like Austin Health’s Paul Johnson and Monash Health’s Rhonda Stuart, and integrated it with our major hospital networks. 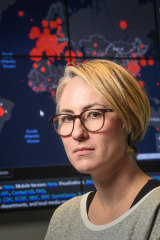 Professor Stuart, director of the South East Public Health Unit, told The Sunday Age that contact tracing was only one aspect of the work done by the unit, which is also responsible for testing, vaccination, community engagement and communication.

She meets daily with the other public health unit directors, the deputy chief health officers and senior bureaucrats working at “central” under the leadership of COVID-19 commander Jeroen Weimar and Health Department secretary Euan Wallace. However, she doesn’t require their approval to make decisions about how to manage cases in her area.

One of the exposure sites in the South East unit’s patch – a massive land area which stretches from Port Melbourne to the foothills of the Yarra Ranges, along the bay to the Mornington Peninsula and towards the Bass Coast as far as French Island – is the Brighton Beach Hotel.

This is the site of one of the contentious “fleeting transmissions″⁣ that was this week revealed as a false positive.

When Professor Stuart’s team learned on Tuesday of a positive case who had been at the pub at the same time but seemingly not in close contact with another known case, she sent investigators to examine the hotel’s CCTV footage. “We could not see these two people moved at all near each other,” she said. “That made us think this possibly may not be correct.”

The next day, the unit sent testers to take a fresh swab of the contentious case. The results confirmed it was not a case at all.

“I still don’t believe it is as infectious as just walking past,″⁣ Professor Stuart said. “Unless you are very, very infectious, it is very, very rare to get a transmission with just mild face-to-face contact.”

Victoria’s outbreak response has been helped by good luck. Professor Stuart says the most worrying case her team traced was the person who enjoyed a Saturday night out at several Prahran night spots before they knew they had the virus.

“It was potentially a very high-risk environment with young people sharing drinks in pokey rooms,” she said. “That was my No.1 concern.”

As it turned out, what could have been a super-spreading event was a dud. Due to a COVID quirk that no one yet understands, the person wasn’t infectious and didn’t pass on the virus to anyone else that night.

While no one is declaring victory over this outbreak, particularly now that the more virulent Delta strain has been detected in a Melbourne family that went on a driving holiday to southern NSW, Professor Stuart said her team had a good understanding of where and how the virus had spread in Melbourne’s south-east.

She said that given her team had only been together for six months, it was an amazing achievement. “It is a huge machine,” she said. “I am just overwhelmed by how hard everyone is working.”