Follow
Home » World News » Iran's vile police torture us, kill us & force us to bark like dogs – but we won't stop until this regime collapses | The Sun

Iran's vile police torture us, kill us & force us to bark like dogs – but we won't stop until this regime collapses | The Sun

BRAVE Iranian women today vowed to take down the regime despite facing unspeakable horrors at the hands of the twisted morality police.

Heroic everyday people who have taken to the streets told The Sun Online how the ruthless police beat them, torture them, degrade them and even kill them. 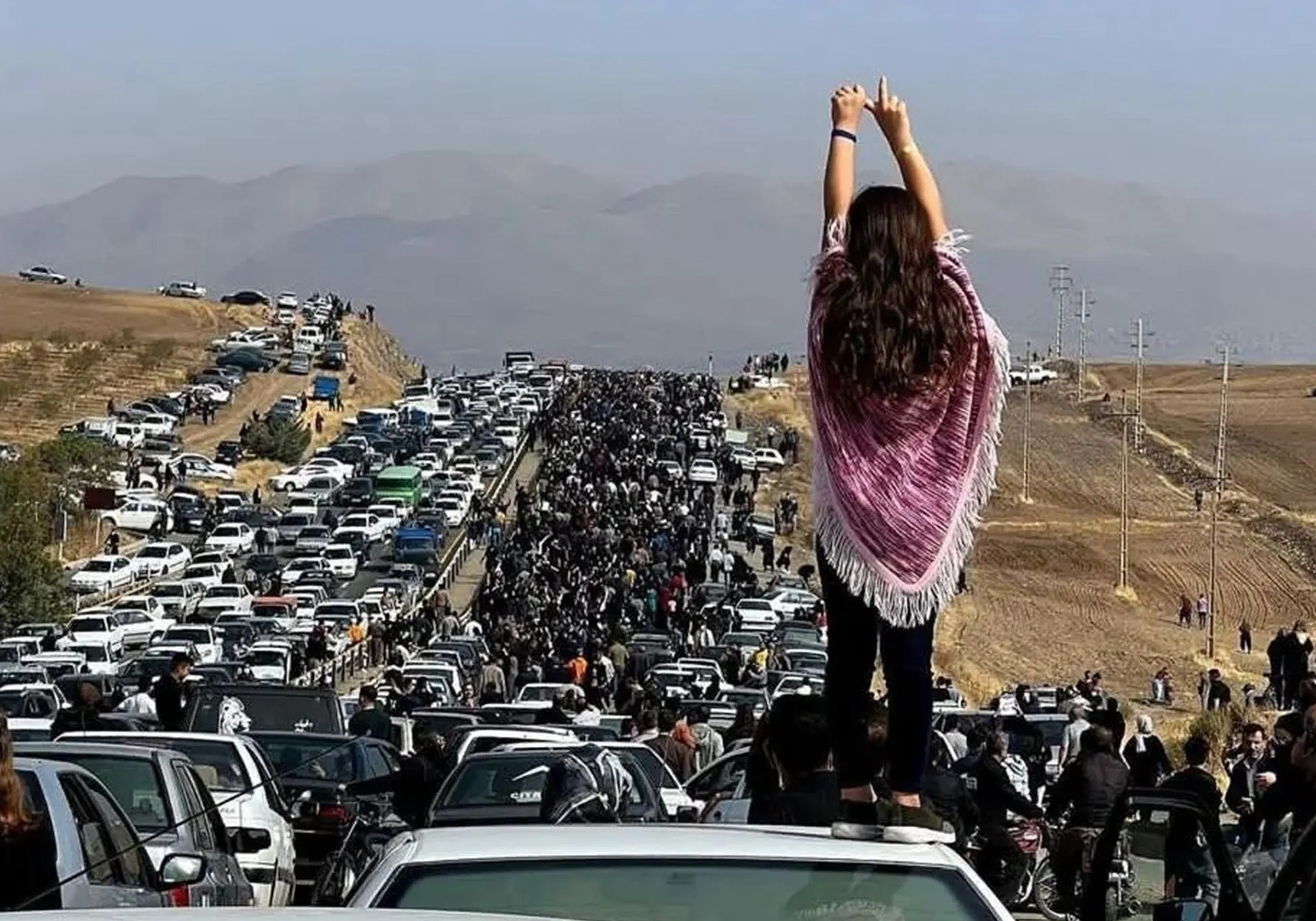 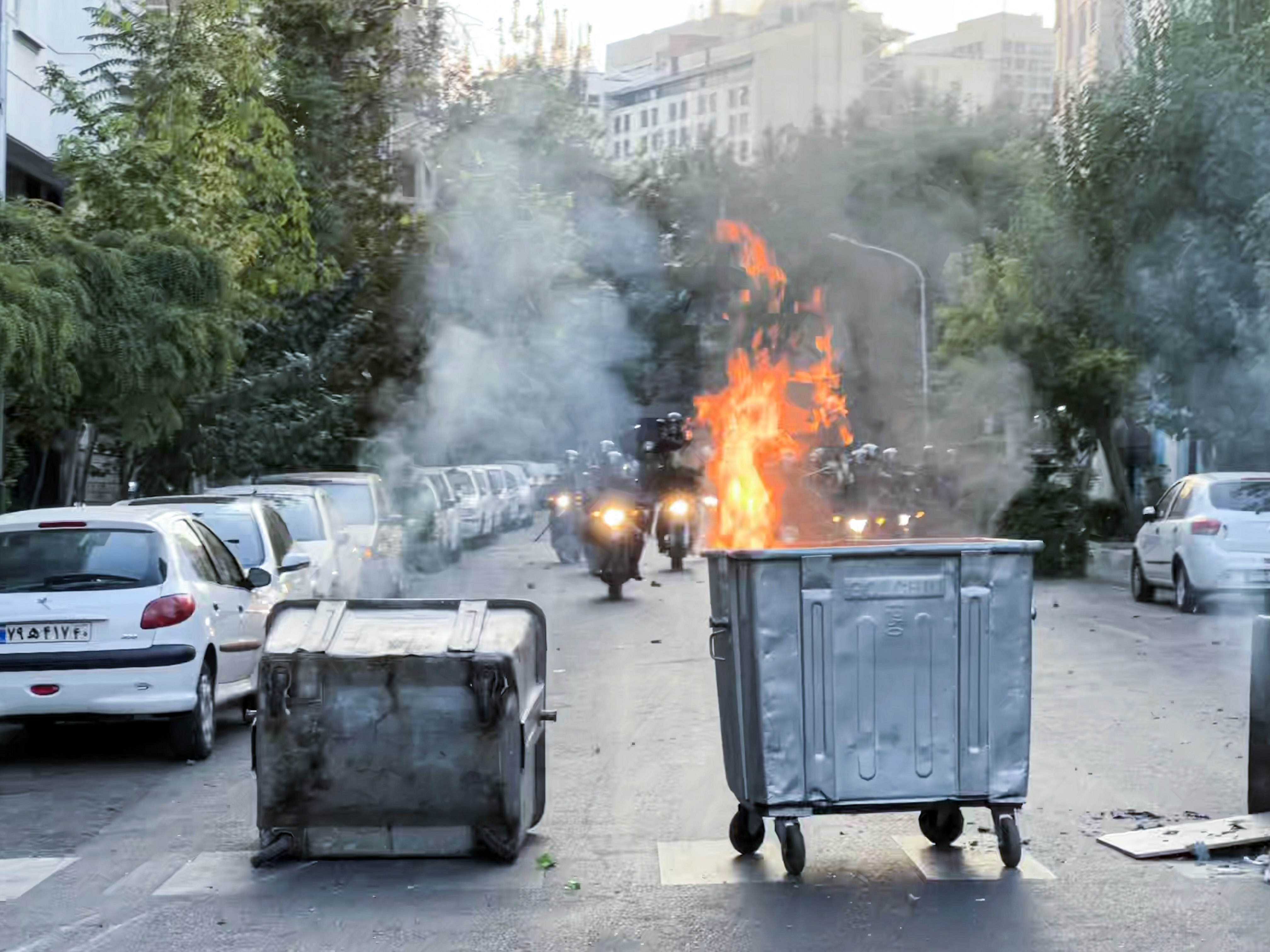 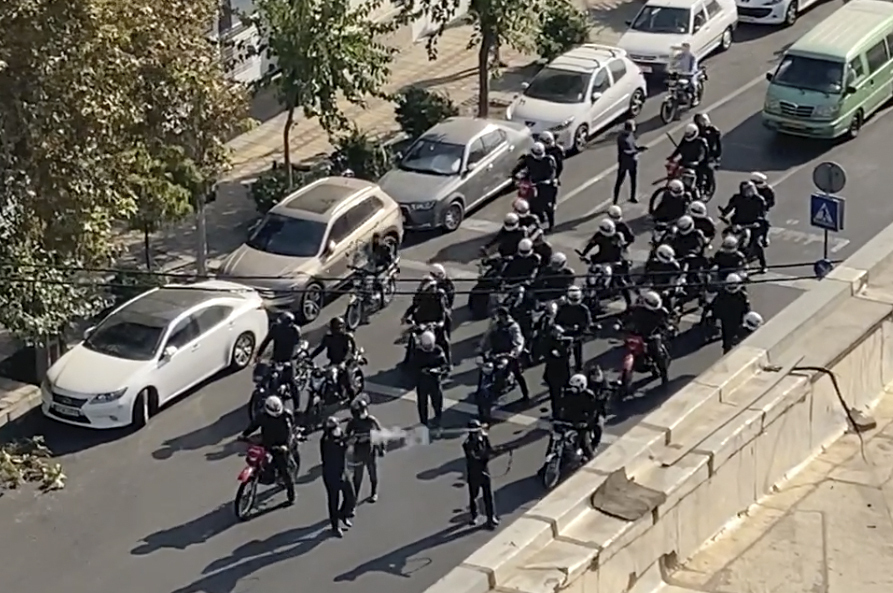 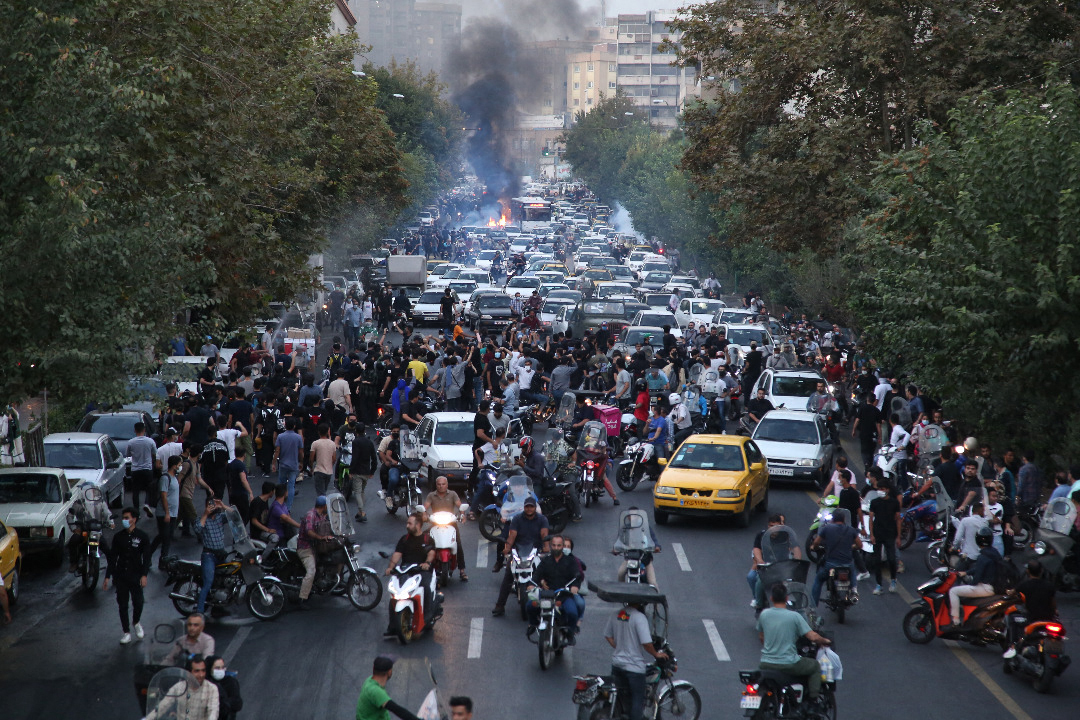 It has been more than 40 days since protests and riots erupted in Iran – and the uprising shows no signs of stopping despite a bloody crackdown, with as many as 500 people being killed.

The protests were sparked by the killing of Mahsa Amini – a 22-year-old woman who was left with a fractured skull after being arrested by the morality police, known as "The Guidance Patrol".

She was accused of not wearing a hijab in the correct way- and for that, she appears to have been brutalised and left in a coma.

Shocked by the savagery – the people of Iran, in particular women, are now standing up to the fundamentalist Islamic regime that is headed up "The Butcher" Ebrahim Raisi. 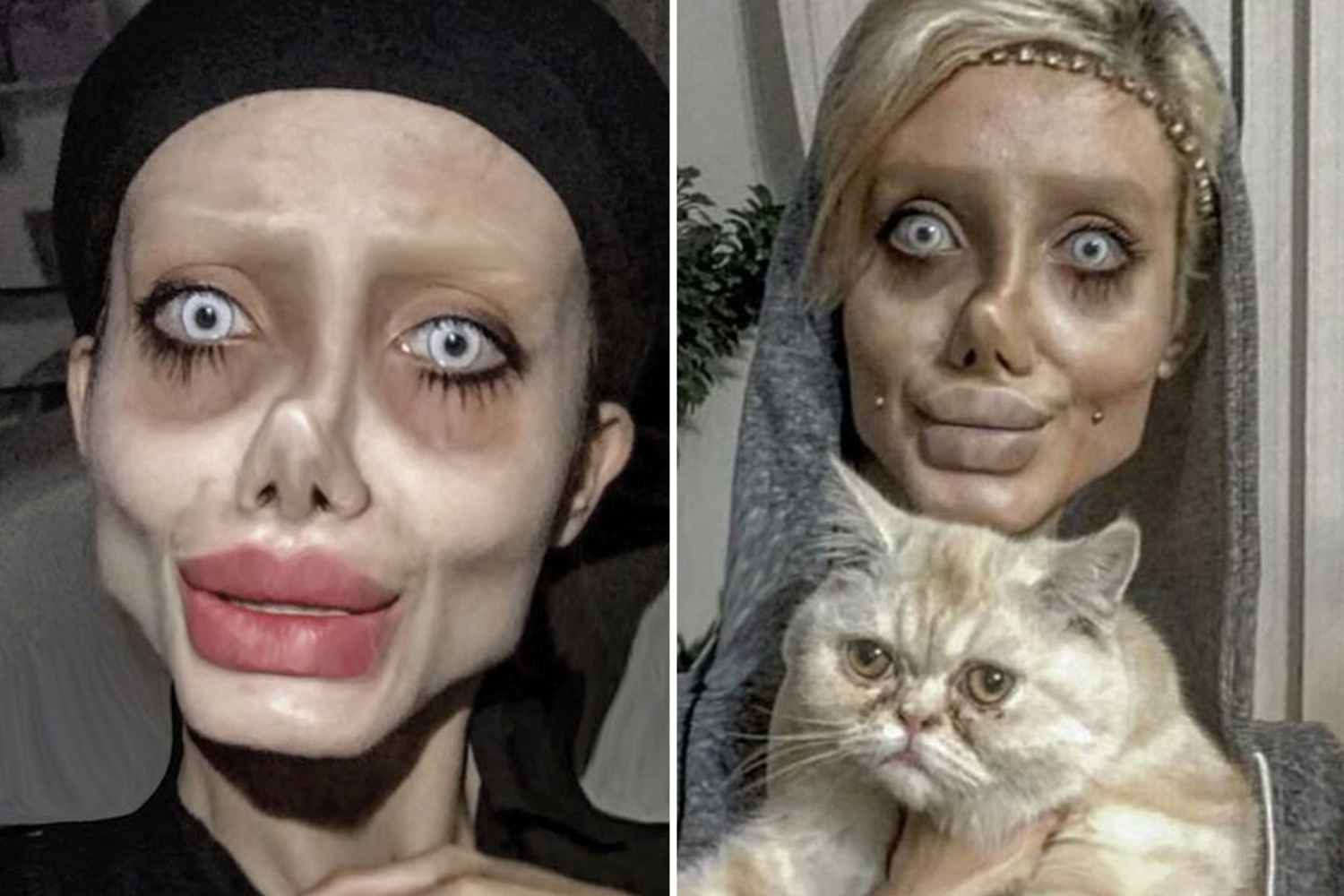 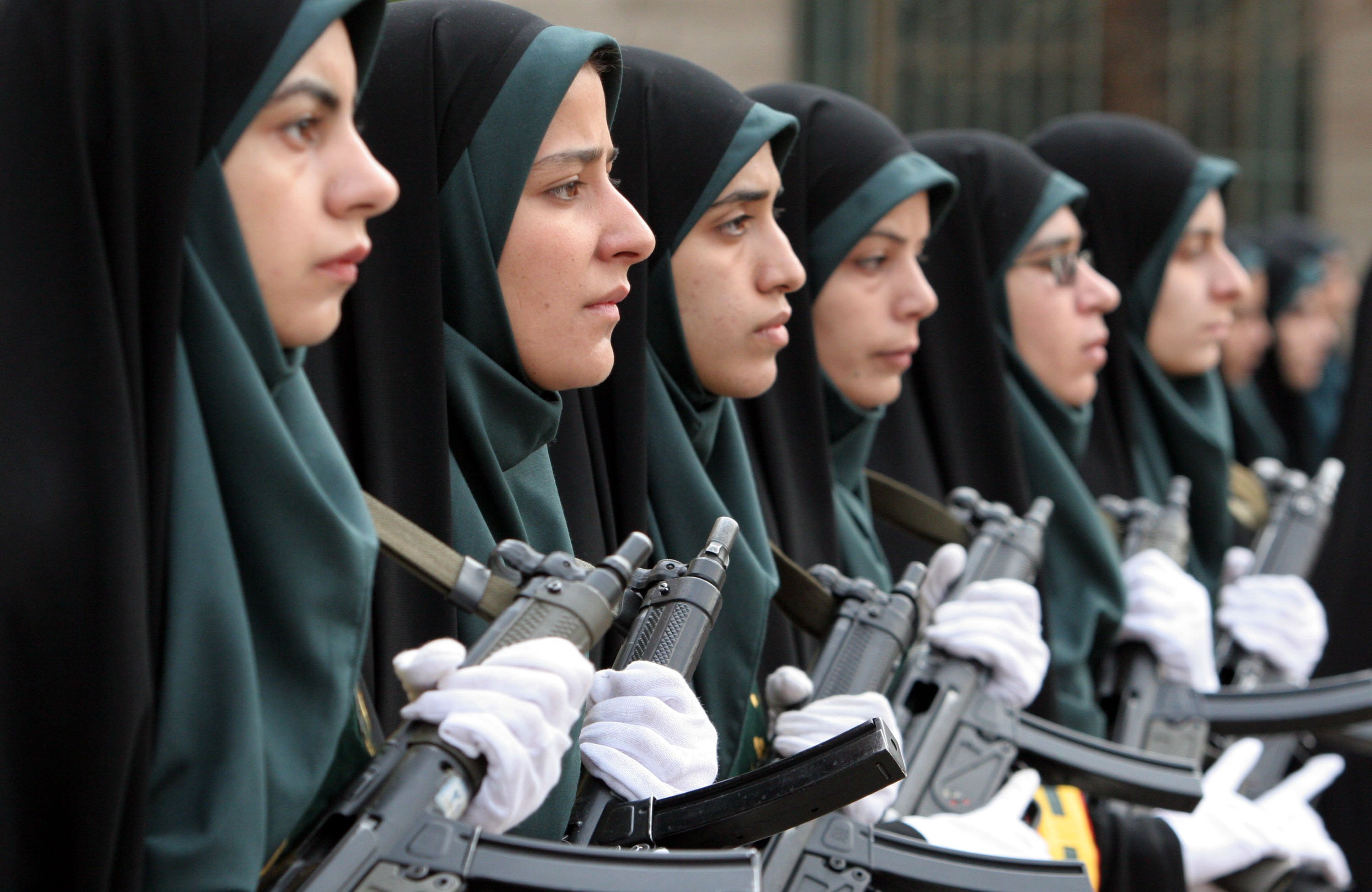 Women were seen burning their headscarves in protest while harrowing pictures show chaotic scenes in cities across the country as rioters clashed with the police.

And Mahsa has now been heartbreakingly joined as a symbol by other young women killed by cops during the protests, including Nika Shakarami, 17, and Sarina Esmailzadeh, 16.

Brave protesters have now fearlessly spoken to The Sun Online – putting themselves at risk as they speak out against the regime.

Demonstrators revealed some of the horrors they had witnessed, with police blasting crowds with shotguns and protesters subjected to hideous beatings with batons.

The demonstrators spoke of "terrible things" happening to those ending up behind bars with reports of constant beatings and torture.

Senior year engineering student Ghazaleh, 25, was in the protests when forces stormed Tehran’s Sharif University of Technology in September.

She said security forces stormed the University through the parking and started shooting protesters with paintballs and shotguns before taking up to 40 people prisoner.

Two of her friends were snatched by the riot police – and she has not seen them since.

She said that their families have been begging authorities for information about their loved ones' whereabouts but get no answers.

"Terrible things are happening to political prisoners," she told The Sun Online.

"I know 15-17-year-old kids are killed and then they say they committed suicide."

Kian, 35, a taxi driver from Isfahan, told The Sun Online: "I witnessed they arrested many people – I knew they would arrest those who film the demonstrations I ran away because they were attacking everybody.

"Many of my friends were taken away. I don’t know where they were taken.

People are no longer afraid of batons and guns. They are working hand in hand for their freedom from the inhumane regime

"I saw the forces attack protesters with their batons and shot them with pellets and real bullets.

"I witnessed many of those who were filming were severely beaten and were told 'you are very lucky we don’t shoot you.'"

Hundreds caught filming protests in Iran have been arrested with protesters reporting the first question while interrogated to be "To where and to whom did you want to send the clips?"

Kian filmed protests in Sari and Amreh – but managed to escape the cops.

The dad of a one-year-old boy was also able to overhear a conversation with a member of the military police describing the horrific treatment of prisoners.

He said: "I drove someone from the military forces.

"He narrated that he personally participated in arresting protesters and said that they beat them all day and night and force them to bark like a dog."

Nura, an 18-year-old student from Kerman said: "Most protests happen when it's dark outside.

"The courage of the people, their solidarity, their spirit, are amazing. Protesters are increasing every day.

"In many cities, people even force the officers to stand back and take the arrested off their hands.

"We want our people to be free and have the right to vote.

"Women should have the freedom to choose whether they want to wear the hijab." 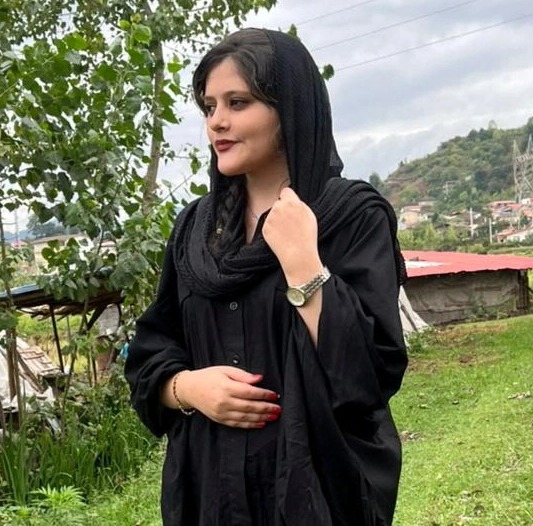 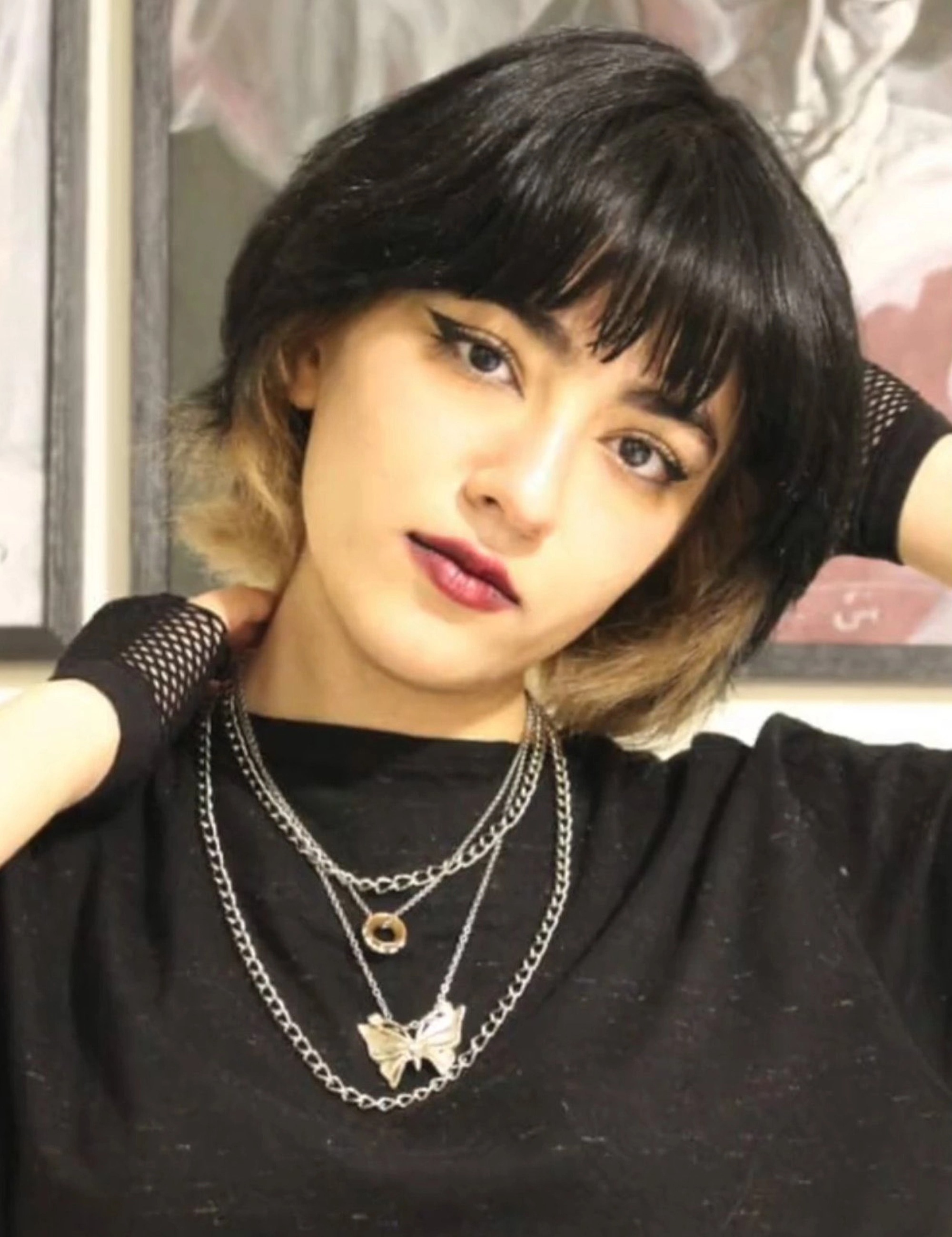 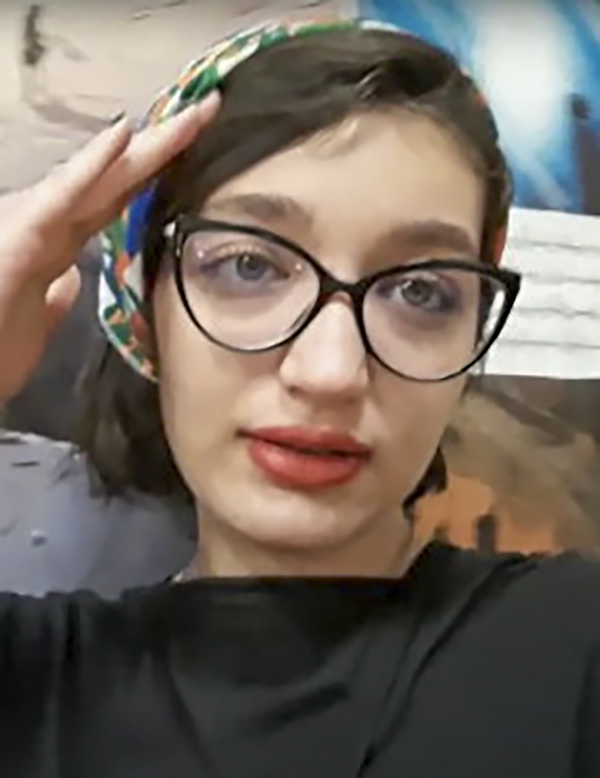 Another 17-year-old student who has taken part in demonstrations said about the death of Amini: "It affected our spirit a lot and increased our anger and hate.

"People are no longer afraid of batons and guns. They are working hand in hand for their freedom from the inhumane regime.

"The people are fed up with the regime."

Mahsa has become a symbol of the repression people live under in Iran.

The regime rules with an iron fist with strict religious laws – while also suffering major economic problems due to a mix of corruption, mismanagement, and sanctions levied by the West.

Iran continues to be a disruptive force on the world stage – including most recently arming Russia with kamikaze drones which it is using the blitz civilians in Ukraine.

But with growing unrest at home, there is hope that this could be the beginning of the end for the vicious regime.

Despite mounting casualties, Ghazaleh and Kian still attend protests and are determined to continue to do so.

Kian said: "That’s my duty and the duty of all Iranian people.

“For the past 40 years we have suffered from this regime, we have tolerated everything and the only way is to overthrow this regime.

"Khamenei is a dictator and the people don’t want him."

While Ghazaleh agreed: "The desire of the people of Iran is freedom- and this is only possible by overthrowing the dirty regime of Mullah."

Iran has blocked access to social media, including Instagram and WhatsApp, and launched a campaign of mass arrests.

More than 20,000 people are believed to have been detained since the riots first broke out.

Oslo-based group Iran Human Rights (IHR) said the crackdown on the Amini protests had left at least 234 dead, including 29 children.

And they claimed doctors are being forced to give false causes of death to try and hide the fact these people were killed by the police.

"Family members have been subjected to arrests and physical and mental ill-treatment to coerce them into agreeing with false narratives other than murder by security forces," said IHR.

"The scenarios have included 'falling from a height, car accident or poisoning by drugs, alcohol or food'."

"The security forces’ widespread shooting of protesters only serves to fuel anger against a corrupt and autocratic government."

People's Mujahedin Organisation of Iran (PMOI/MEK) has been releasing the names of those killed in the protests to draw attention to the brutality dished out.

MEK also revealed that Iranian security forces are using ambulances to both infiltrate protests and unmarked police vans – bundling protesters inside them.

The group said that "families [are] being kept in the dark on their children's whereabouts" and that "cases [are] proceeding without lawyers and lack of children's judges and police".

Human rights lawyer Hassan Raisi said "around 300 people between the ages of 12-13 and 18-19 are in police custody", some of them in detention centres for adult drug offenders.

Iran is known for its barbaric"eye for an eye" laws, known as Qisas that see prisoners subject to harsh punishments including torture, unfair trials, and public executions.

Iran has attempted to dismiss the protests and blame them on the West – vowing "tough sentences" for anyone caught causing trouble.

Ayatollah Ali Khamenei, 83, said: "These scattered riots are the passive and clumsy design of the enemy against the great and innovative developments and movements of the Iranian nation."

Surprise WhatsApp update changes group chats forever – but do you like it?

While President Raisi – known as The Butcher for his role in the mass execution of political prisoners – accused the US of engineering the uprising against Iran.

He claimed the "riots" will pave the way for "terror attacks" as protests continue to rage.