A seven-year-old boy suffered a fatal head injury when another child let go of his wheelchair and it rolled down a shoddy ramp at a Melbourne school, a court has been told.

Jovan Talwar hit his head on the ground when his wheelchair rolled down the ramp and toppled over at Warringa Park School in Hoppers Crossing on November 26, 2018. 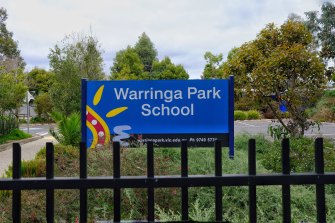 He was seen by the school nurse for a bump on the side of his head and stayed at school for the rest of the day – with his parents’ approval – but lost consciousness at home two days later.He died later in hospital.

The County Court on Friday heard Jovan’s fall came amid seconds of confusion, as he and other children were outside the classroom at the top of the ramp with a student teacher while the class teacher and a teacher’s aide were inside with a misbehaving child.

Prosecutor Nadia Kaddeche said as the class prepared to go to the school’s sports field, a girl held Jovan’s wheelchair while the student teacher held the door open for other children. But when the girl inadvertently let go of the wheelchair, the student teacher was powerless to prevent Jovan rolling down the ramp.

In a statement to investigators from WorkSafe read to the court, the student teacher said: “I immediately let go of the sports bin to try to reach Jovan, but it happened too fast”. 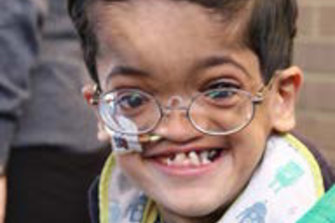 Jovan Talwar died after a fall at his school.

Victoria’s Department of Education and Training has pleaded guilty to two charges of safety breaches over Jovan’s death, for failing to ensure, as far as was reasonably practicable, that people other than employees were not exposed to risks to their health or safety.

The department faces a fine of up to $1.45 million for each charge after admitting it failed to ensure the ramp was properly built and maintained, and for failing to instruct and train staff on Jovan’s wheelchair requirements.

Warringa Park is a school for children with disabilities and the court heard Jovan needed supervision whenever he was outside a classroom.

Ms Kaddeche said there was no documentation that school staff were given adequate training about the supervision Jovan needed, and the student teacher told investigators she never received special induction training.

The ramp was poorly built and didn’t comply with safety standards, Ms Kaddeche said, as its base wasn’t flush with the concrete underneath. The ramp was built at least 10 years earlier and the department didn’t have it professionally assessed afterwards, the court heard.

Judge Richard Maidment questioned why only one of the three staff members would oversee the children’s movement from the classroom when the ramp posed the “most hazardous part of the journey” for Jovan.

Barrister Sam Stafford, for the department, said the boy’s fall occurred amid a few seconds of confusion.

“These events happened very quickly and tragically at that moment,” he said, adding the student teacher was “completely blameless”.

Mr Stafford said the department expressed its “deep and sincere sorrow” to Jovan’s family and said his death had a profound impact on the school community.

While it was accepted the ramp should have been inspected, Mr Stafford argued the department’s culpability was mid-range for the offence as the ramp’s faults wouldn’t have been obvious to a layperson and there was no evidence safety concerns were ignored.

The department had since trained staff at Warringa Park on the wheelchair requirements of students. It had also replaced the ramp and audited ramps at other schools.

Ms Kaddeche said the impact of the offending and the vulnerability of students at the school meant the department’s breaches were significant.

Judge Maidment will sentence next week.