Virginia police have renewed their pleas for the public’s help catching a murder suspect who has eluded capture for five years after the ambush killing of Janina Jefferson in a parking lot outside her workplace.

The Wise County Sheriff’s Office is asking for information on the whereabouts of her ex-husband, Eric Monroe Jones, 51, a fugitive ex-con with multiple felony convictions. 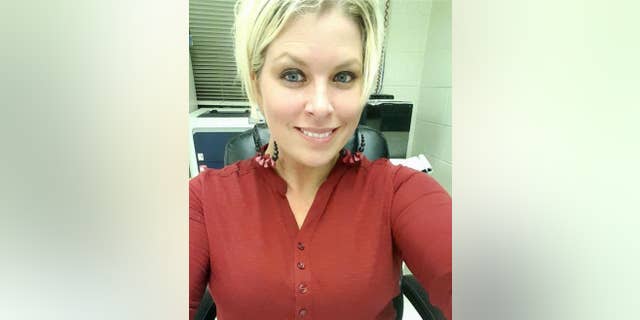 Janina Jefferson was a mother of three who worked at the Appalachia Water Plant in Virginia.
(Wise County Sheriff’s Office)

Despite numerous tips, police and the U.S. Marshals Service have failed to track Jones down, the sheriff’s office said in a statement Friday.

The couple, from Big Stone Gap, Virginia, went through an ugly divorce in 2016, according to authorities. On the day the divorce was finalized, Jones allegedly showed up at the water plant where the 38-year-old Jefferson worked. 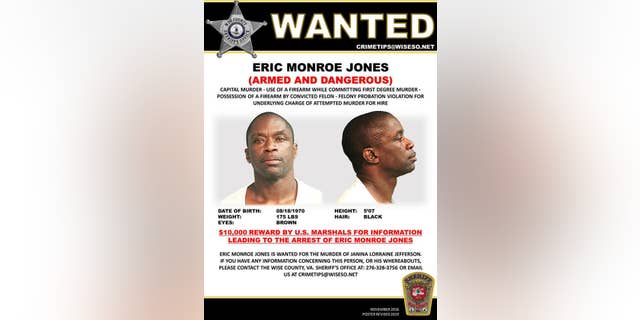 They got into an argument that led to charges of assault, battery and strangulation against Jones.

On Nov. 1 of that year, Jones allegedly threatened to shoot and burn her and vowed he would not return to prison, according to the sheriff’s office. His past criminal record also includes a count of attempted murder for hire as well as firearms and drug charges, court records show.

He returned to her workplace Nov. 27, investigators said, allegedly hiding until she pulled into the parking lot. He then emerged and allegedly shot her multiple times from close range.

Jones is considered armed and dangerous. Investigators say he has used the aliases Eric Humphrey and “Eazy E” Jones.

He is a Black male with brown eyes and black hair and stands 5 feet, 7 inches tall. Wanted posters list his weight between 175 and 192 pounds.

He’s wanted for capital murder, possession of a firearm by a convicted felon, first-degree murder and other charges.

A spokesman for the sheriff’s office could not immediately be reached on the holiday weekend.