The 30-year-old tied the knot with her "commoner" husband on Tuesday morning after the pair announced their engagement back in 2017. 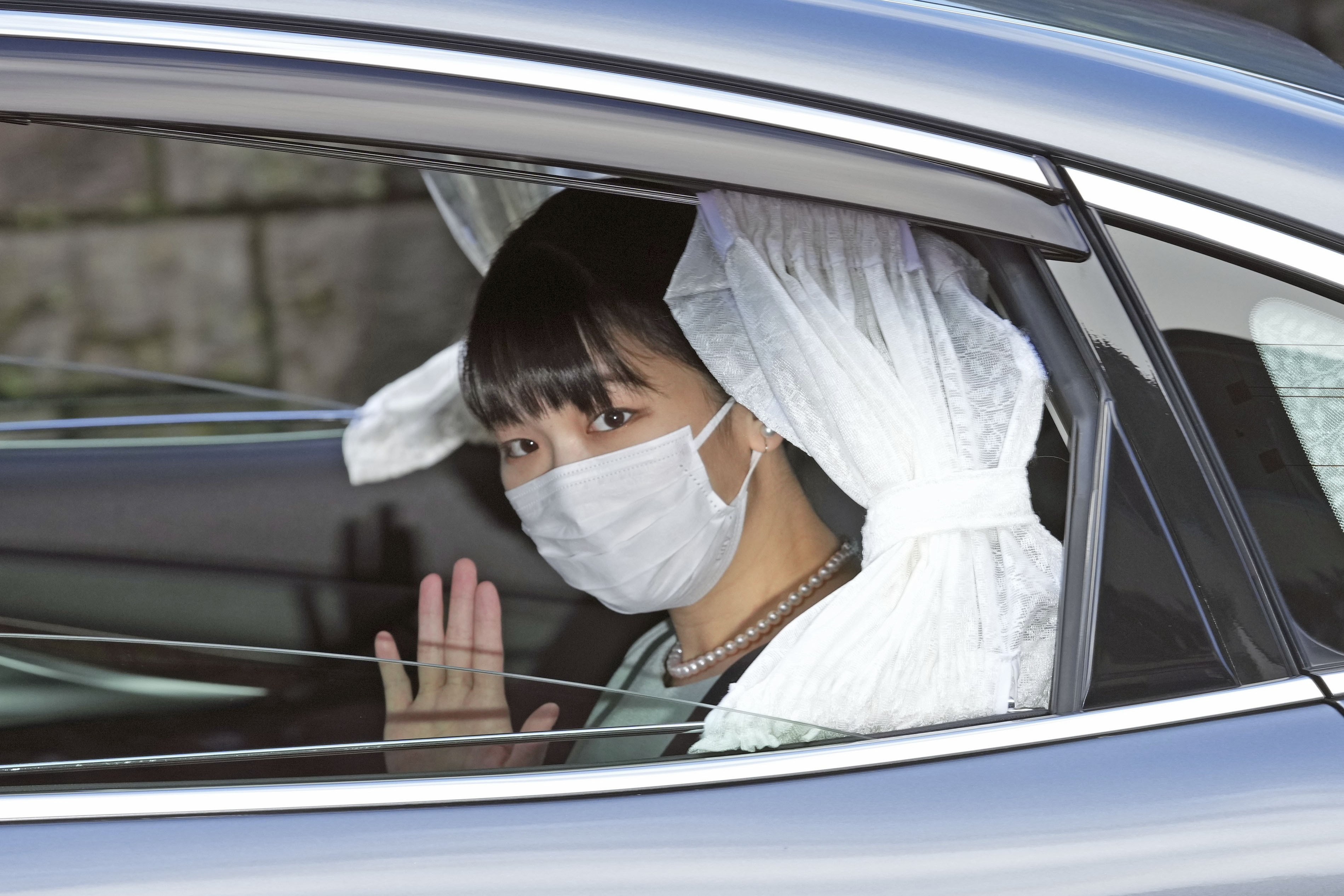 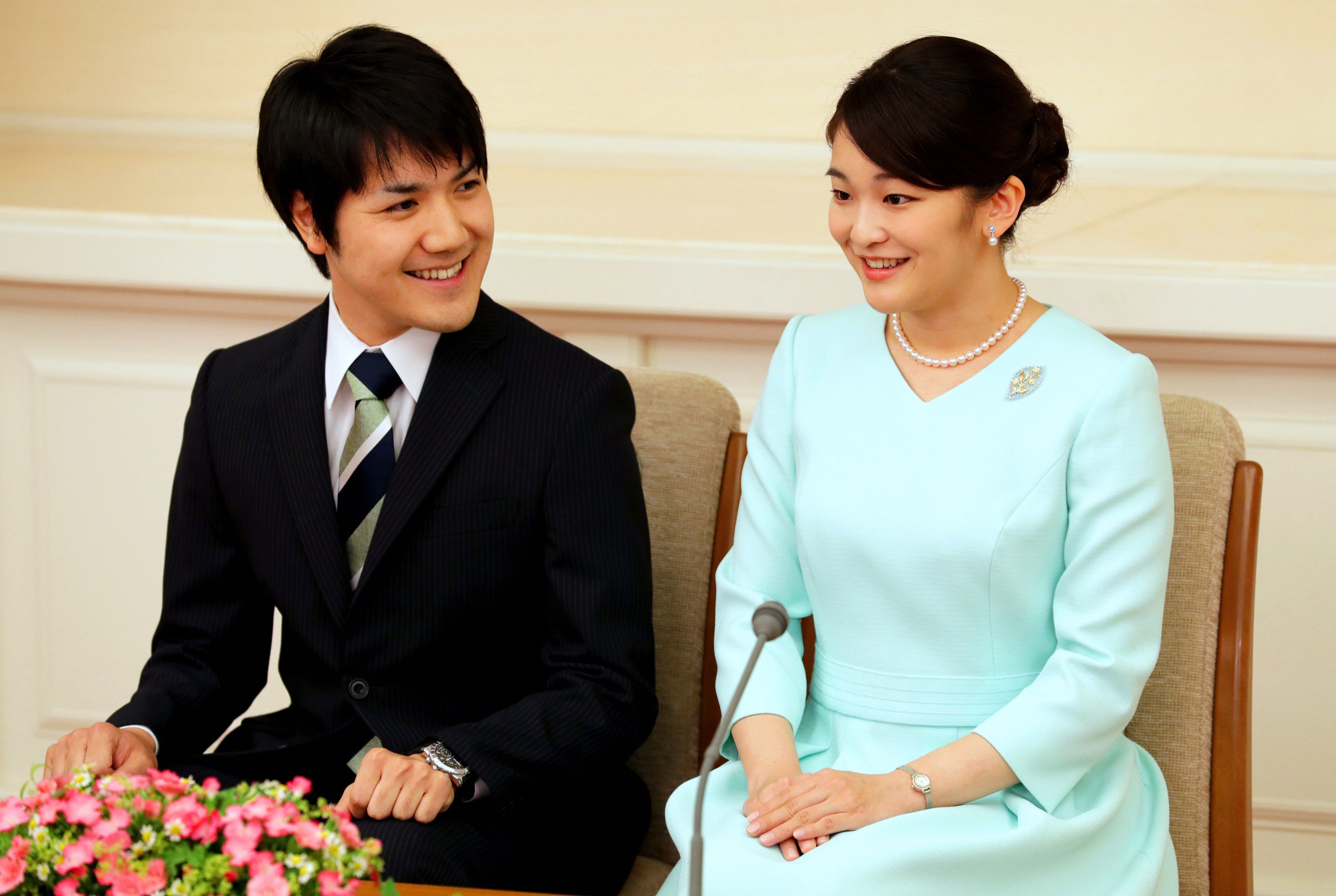 Under Japanese law, female imperial family members are forced to give up their royal title if they wed a "commoner" – although males do not have to.

Princess Mako decided to go ahead with the wedding despite this and controversy that followed her engagement.

The princess, Emperor Naruhito's niece, had her marriage registered without traditional rites and turned down a large payment of around 140 million yen (£900,000) offered to royal females upon their departure from the family.

She is the first women in Japan's post-war history to do so.

Mako has now taken the surname of her husband and become Mako Komuro – the first time she has had a family name.

In Japan's imperial family, only male members are given household names, while female members only have titles.

It's understood the couple plan to move to the US following their wedding, where Mr Komuro works as a lawyer.

He moved to New York in 2018 to attend law school, returning to Japan last month sporting a ponytail – which sparked widespread criticism.

On Tuesday morning – 10am local time – Mako left the palace wearing a pale blue dress and holding a bouquet.

She bowed outside the residence of her parents, Crown Prince Akishino and Crown Princess Kiko, and her sister Kako, and then the sisters hugged each other.

The low-key ceremony, however, sparked protests against their marriage as the princess called it a "necessary choice".

"I am very sorry for the inconvenience caused and I am grateful for those… who have continued to support me," she said, reports NHK.

"For me, Kei is irreplaceable – marriage was a necessary choice for us."

The pair were due to marry in 2018, but it was postponed following claims Mr Kumuro's mother had taken a loan from her ex-partner and not paid him back.

Mr Komuro met the princess when she sat behind him at a campus meeting almost 10 years ago at Tokyo's International Christian University, where they graduated.

Announcing her engagement in 2017, Mako said; "First I was attracted by his bright smiles like the sun.

"He is a sincere, strong-minded, hard worker, and he has a big heart.

"Having a family still goes beyond my imagination, but I hope to make one that is warm, comfortable and filled with smiles."

Excessive media coverage of the couple in the years since caused the princess to suffer from post-traumatic stress disorder, the Imperial Household Agency previously said.

The Imperial House Law allows only male succession and requires women to renounce their royal status when they marry a commoner, a practice that has reduced the number of royal family members and the successors to the throne.

After Naruhito, there are only Akishino and his son, Prince Hisahito, in the line of succession.

A panel of government-appointed experts are discussing a stable succession of the Japanese monarchy, but conservatives still reject female succession or allowing female members to head the imperial family. 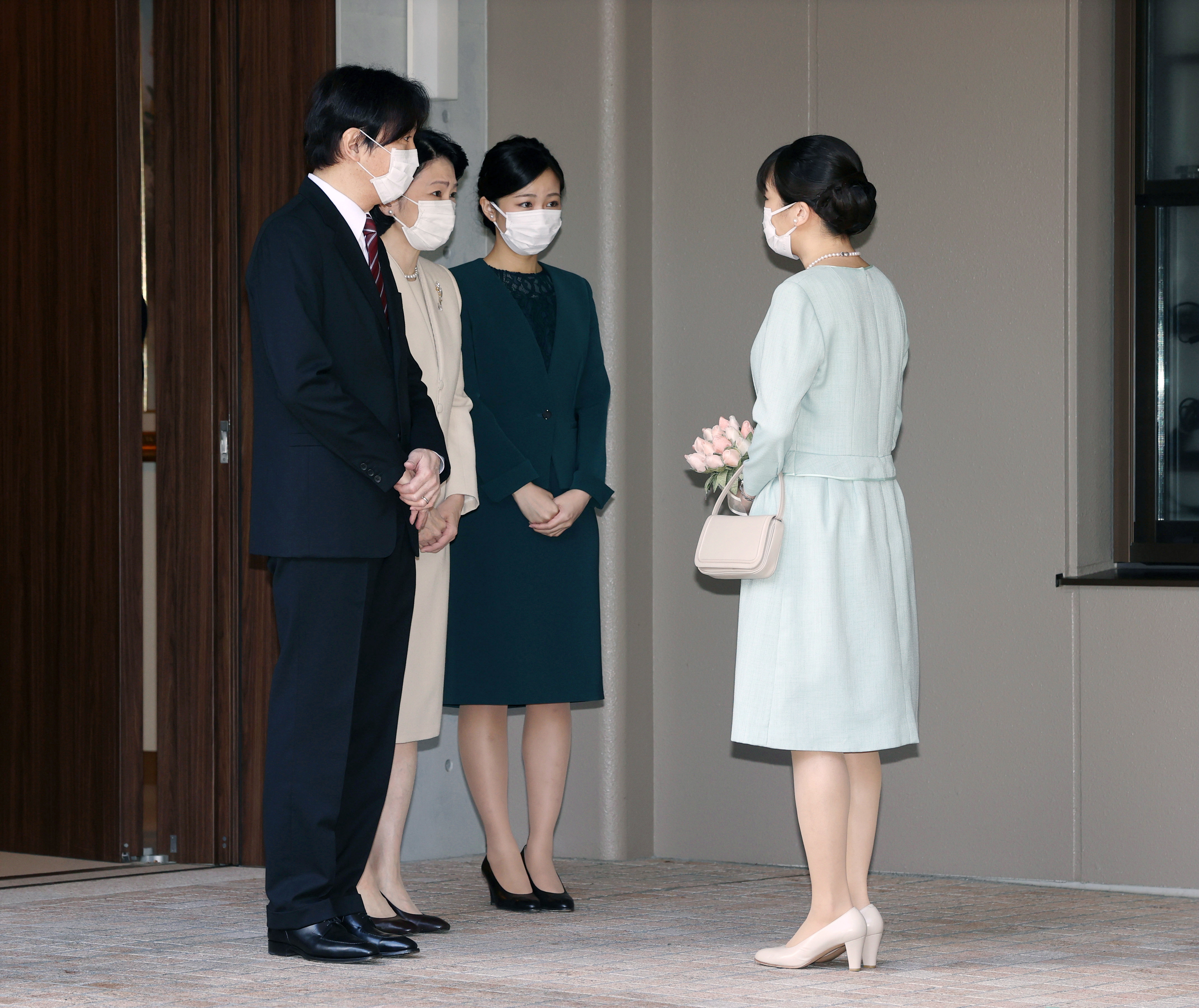 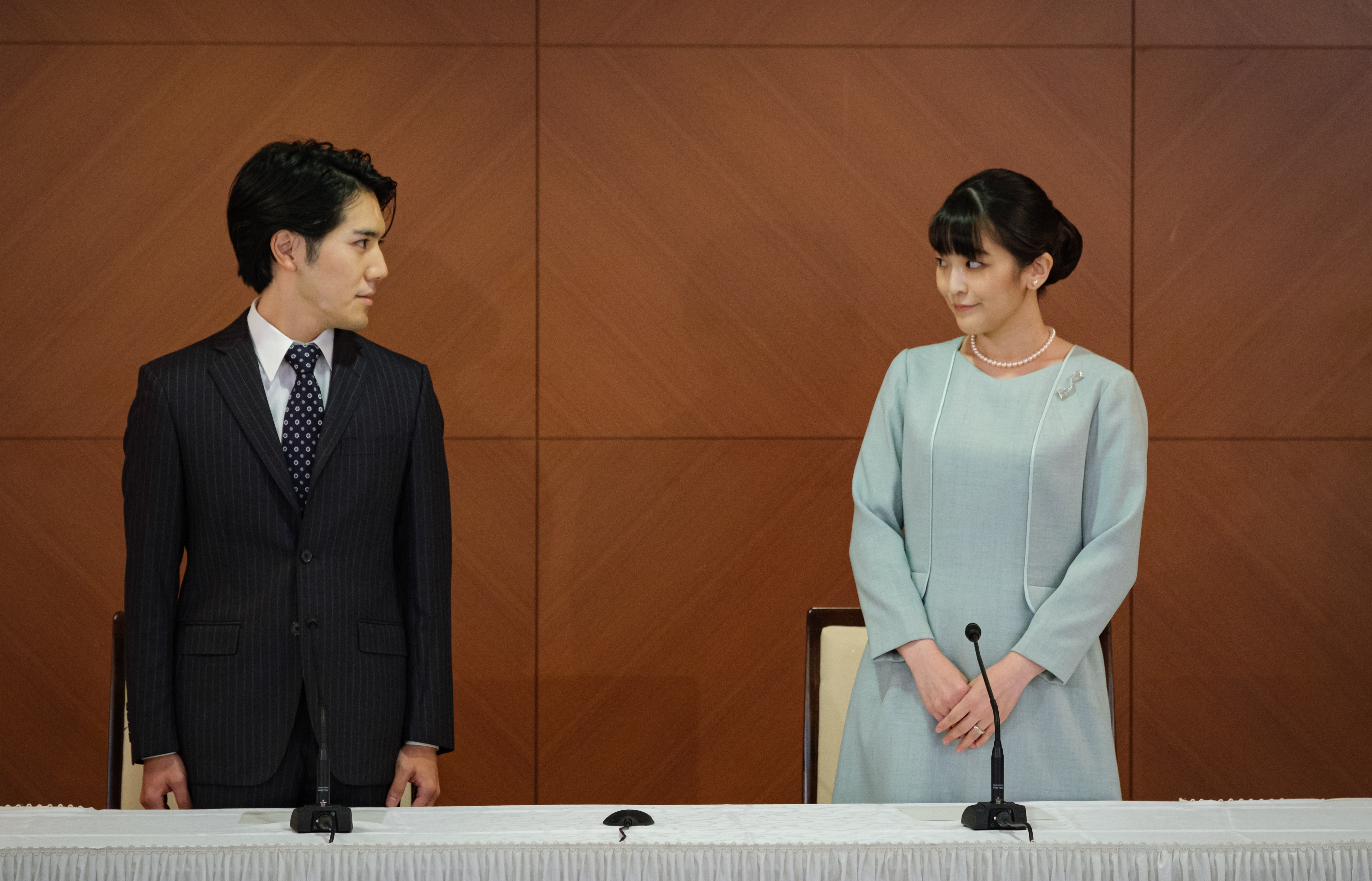 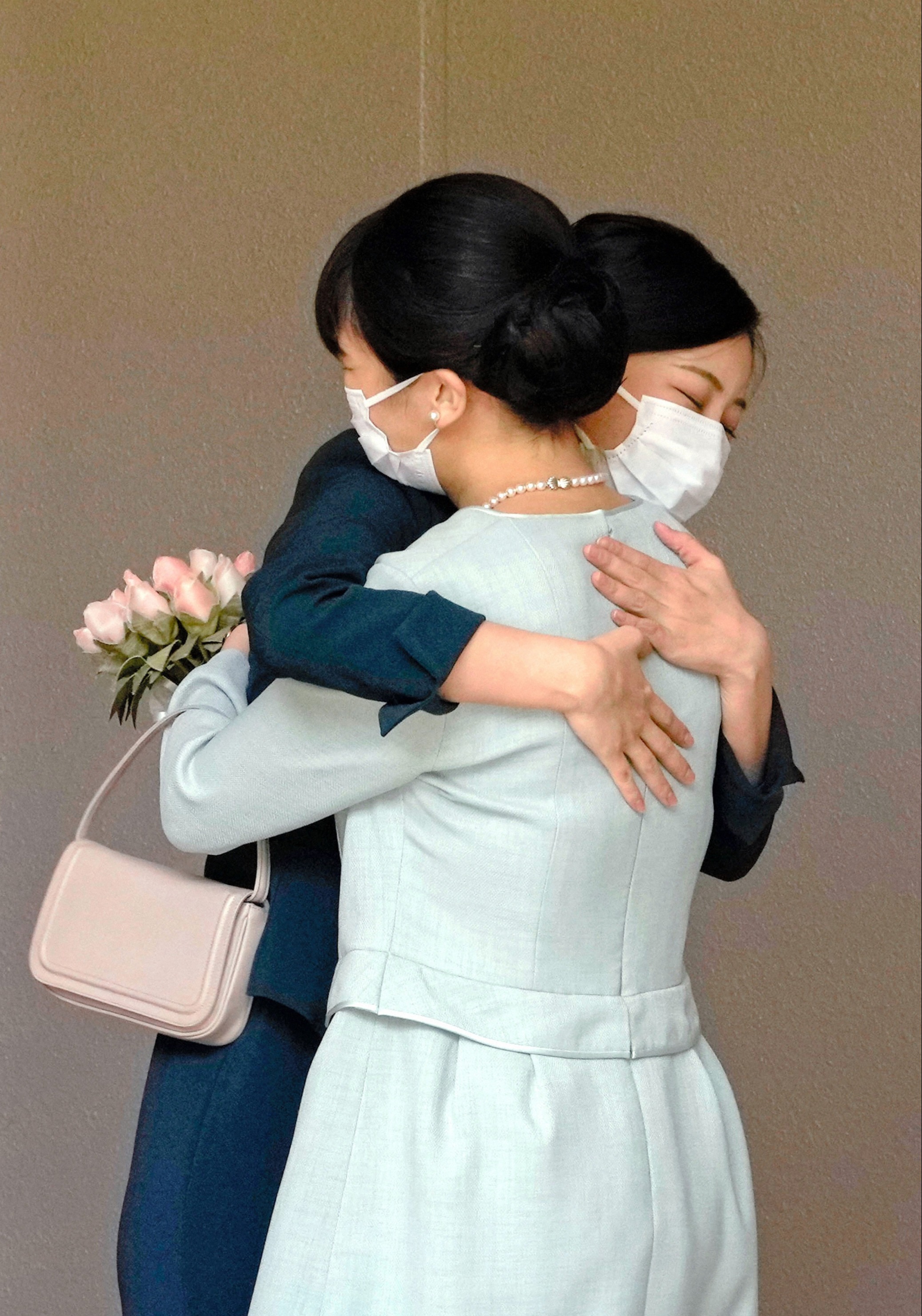