HERE are the shocking Facebook posts that exposed a married police chief as a cheat with two girlfriends.

The social media posts revealed shocking details about Stinnett Police Department Chief Jason Collier – who has been put on leave following a series of allegations made against him. 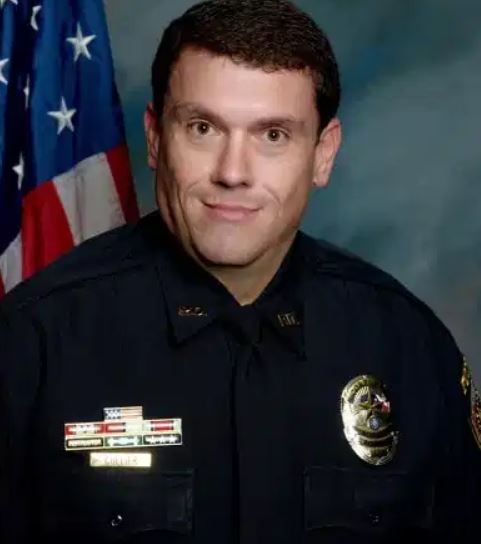 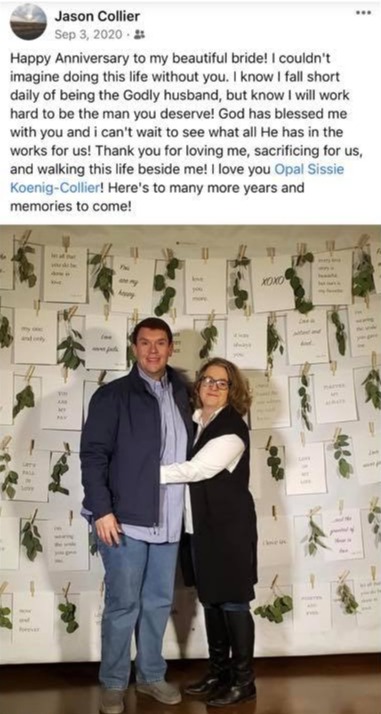 Colliers' alleged girlfriend Cecily Steinmetz accused him of having another girlfriend, Kristi Shaffer and a wife.

The married Texas police officer – who is married with four kids -was busted by his two girlfriends and wife after sharing a romantic picture on Facebook. 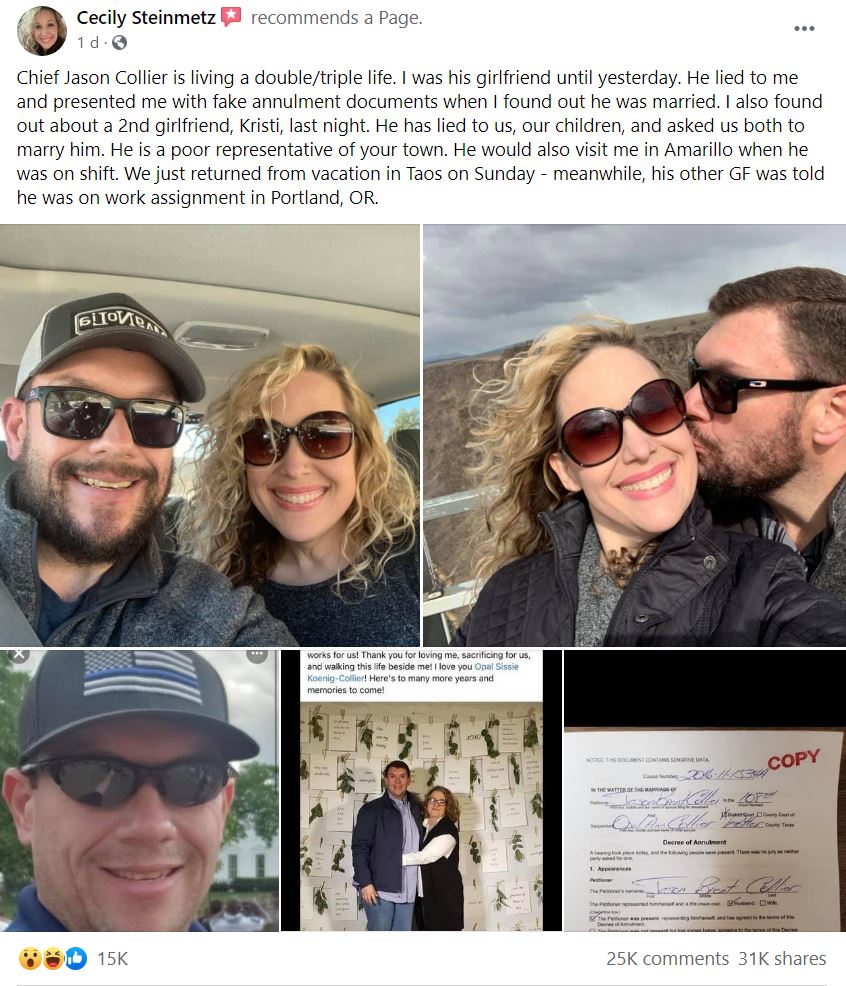 The Amarillo local tagged the city of Stinnett in her post claiming: "Chief Jason Collier is living a double/triple life. I was his girlfriend until yesterday.

"He lied to me and presented me with fake annulment documents when I found out he was married.

"I also found out about a 2nd girlfriend, Kirsti, last night. He has lied to us, our children, and asked us both to marry him."

The realization came after Steinmetz posted a romantic snap of her with Collier to her social media account. 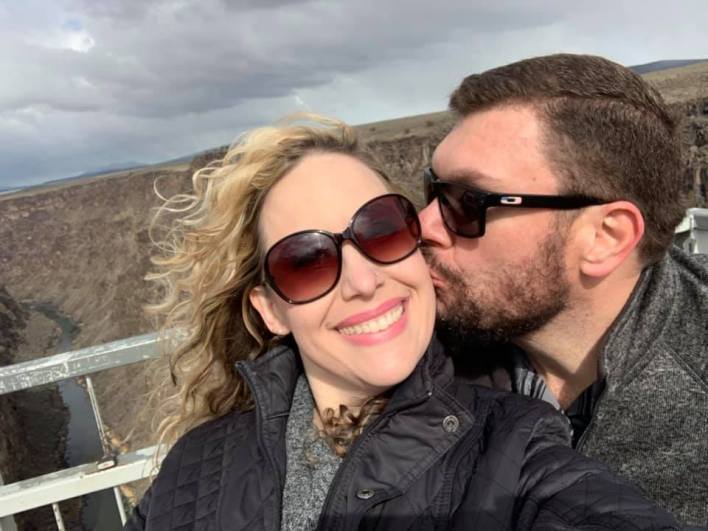 Another woman Kristi Shaffer began commenting underneath the picture that she had also been dating Collier and that they had been engaged since December.

A third woman has also come forward to say that she was dating the police chief and other women said they had similar experiences of meeting him on dating apps.

Steinmetz confronted Collier about being married after she spotted an anniversary post to his "beautiful bride" on his Facebook page.

Collier's post read: "Happy Anniversary to my beautiful bride! I couldn't imagine doing this life without you. I know I fall short daily of being the Godly husband, but know I will work hard to be the man you deserve.

"God has blessed me with you and i can't wait to see what all He has in the works for us. Thank you for loving me, sacrificing for us, and walking this life beside me!

"I love you Opal Sissie Koenig-Collier! Here's to many more years and memories to come." 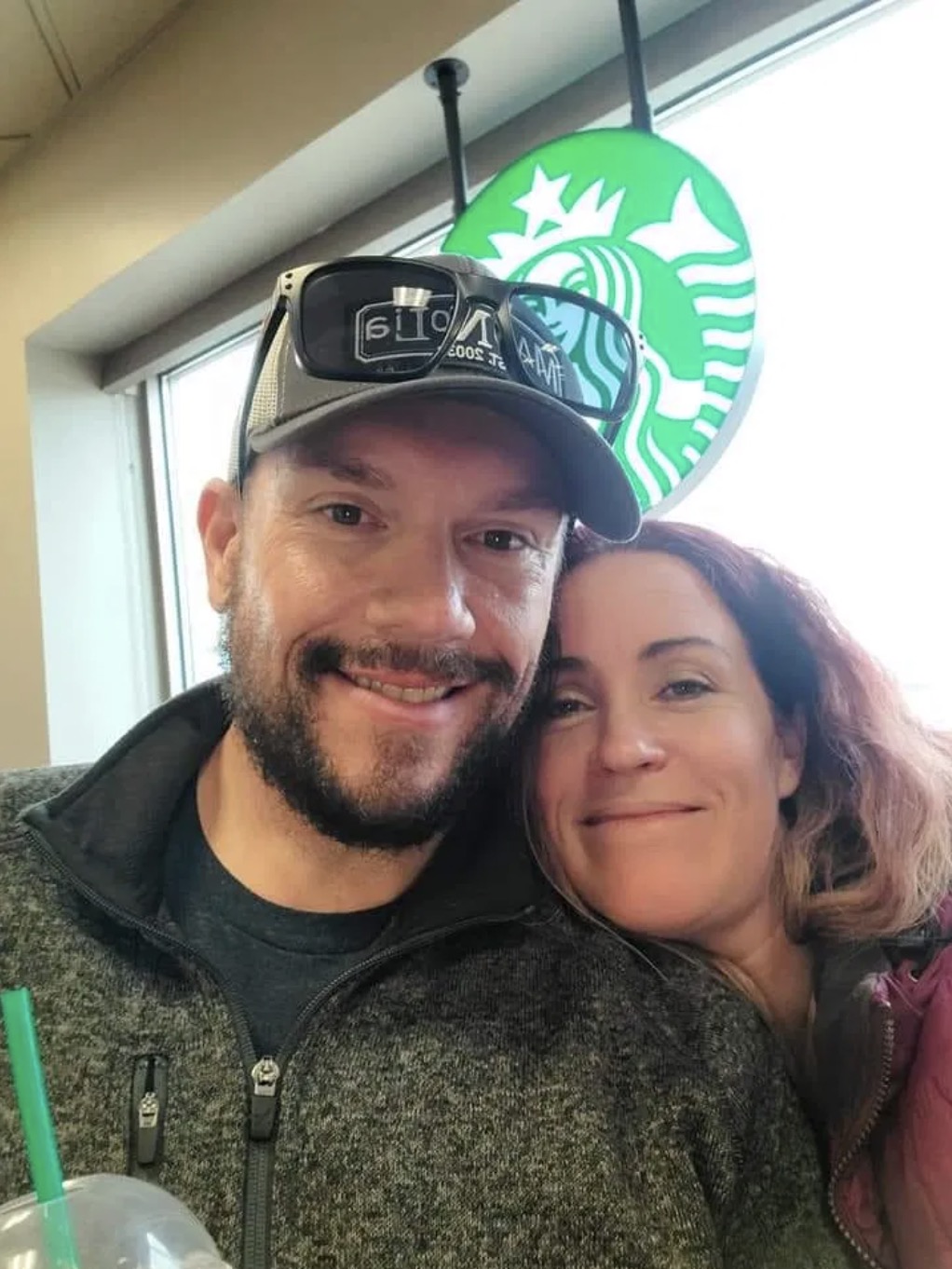 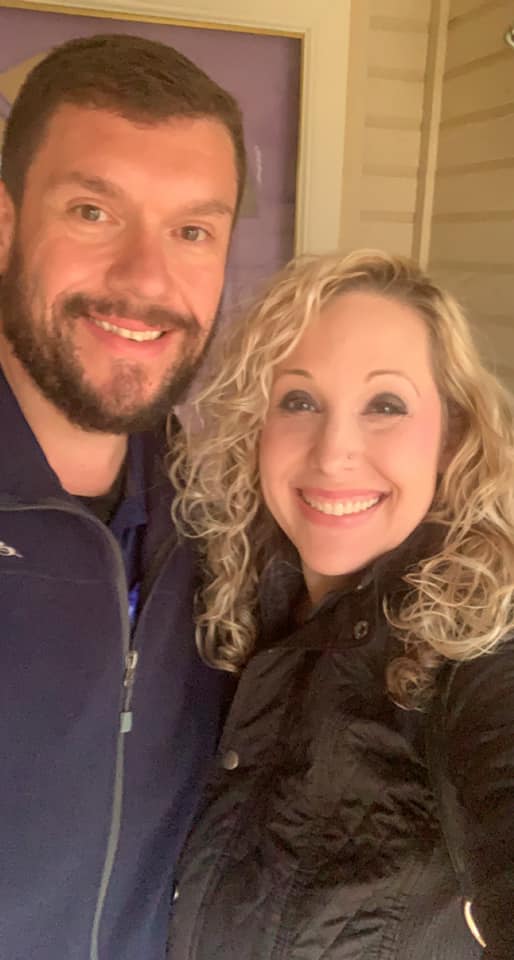 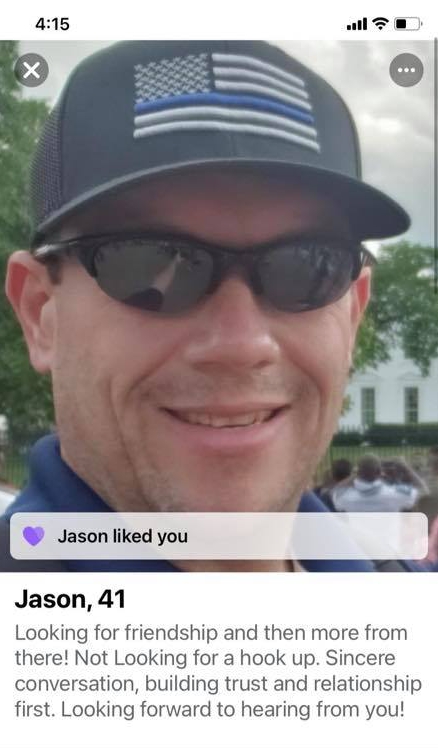 However, Collier responded by providing Steinmetz with a "falsified document" stating the marriage was annulled in 2016.

In her Facebook post, Steinmetz added that the police chief was a poor representative of the town and that he would visit her while on shift.

She wrote: "Chief Jason Collier worked his way into my life, the life of my children and family.

"We just returned from a vacation in Taos on Sunday – meanwhile, his other GF [girlfriend] was told he was on work assignment in Portland, OR," she assed.

On January 27, the City of Stinnett placed Collier on administrative leave pending an investigation. 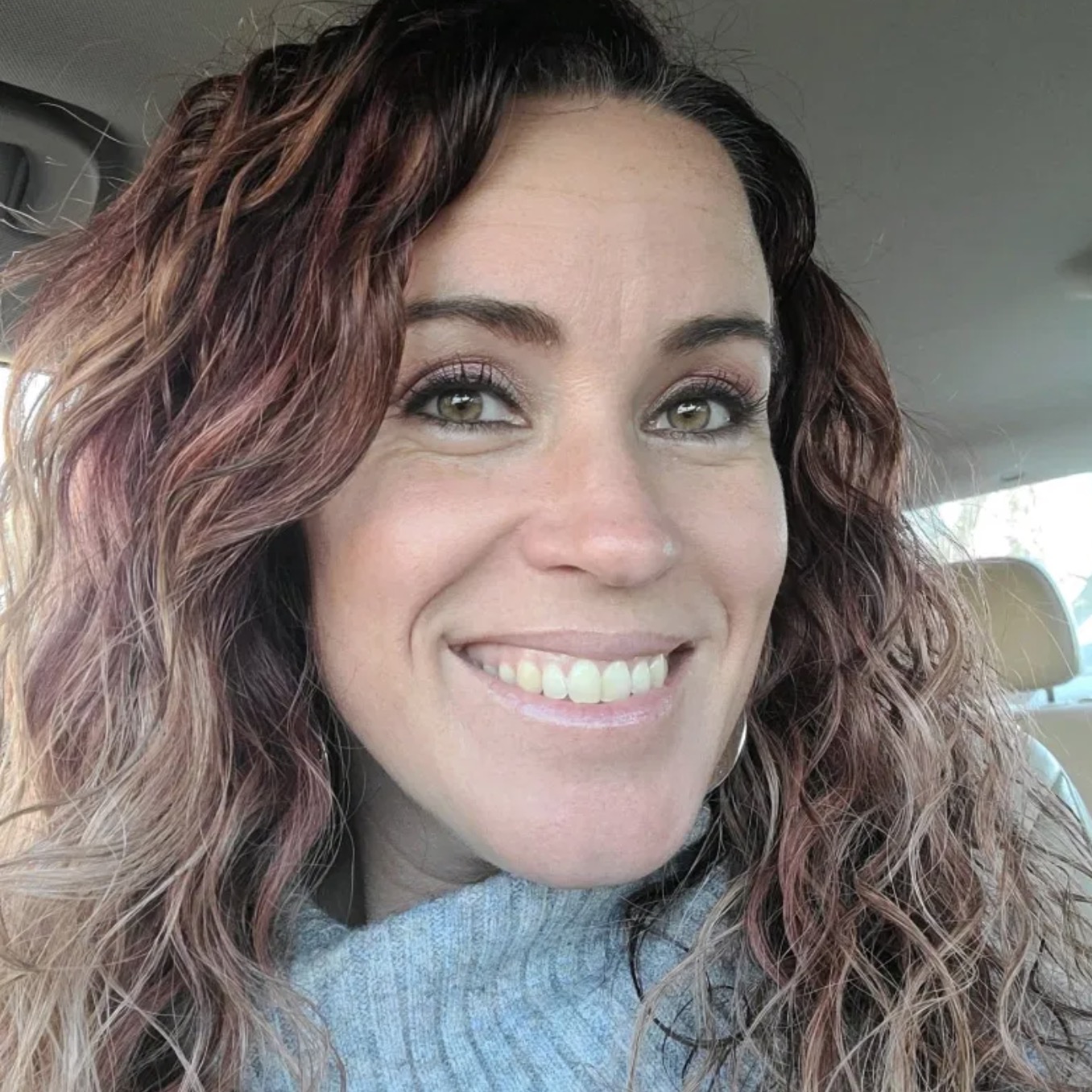 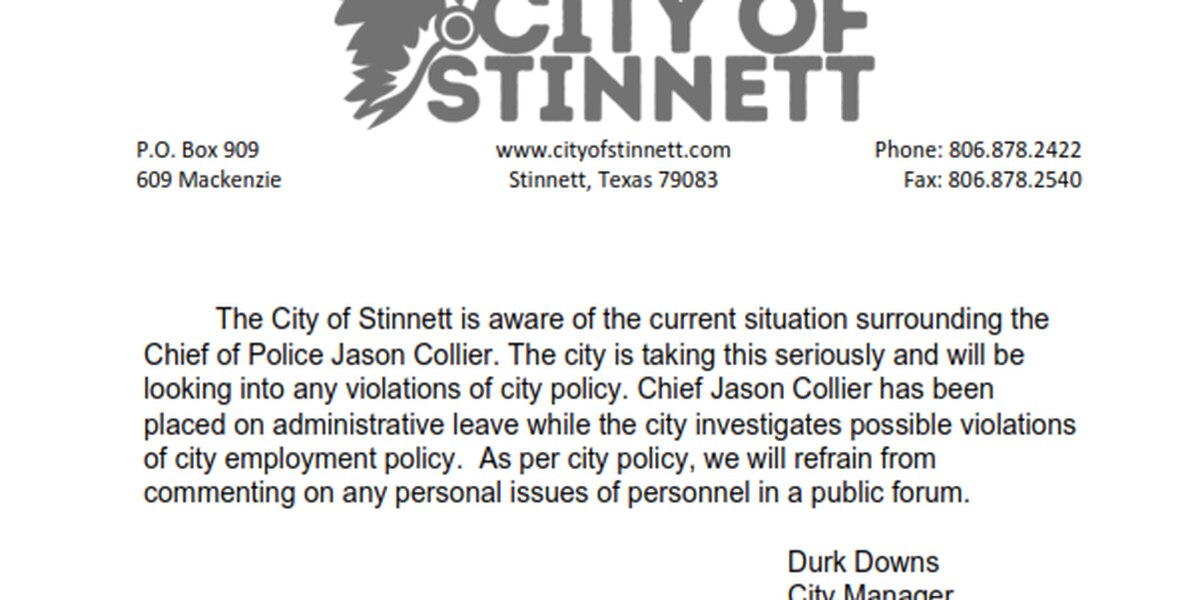 According to a statement from City Manager Durk Downs, Collier was placed on leave while the city investigates possible violations of city employment policy.

The statement read: "The City of Stinnett is aware of the current situation surrounding the Chief of Police Jason Collier.

"As per city policy, we will refrain from commenting on any personal issues of personnel in a public forum."

The 41-year-old Collier has not commented on the accusations made against him.

Collier, who is also an ordained minister, was a police sergeant with the Borger Police Department with 21 years experience in law enforcement.