‘Jealous’ pro rugby league star, 26, who dragged his insurance broker girlfriend, 35, out of club, tore off her SmartWatch so she couldn’t dial 999 and threatened her with a knife is found guilty of assault and coercion

A ‘jealous and controlling’ professional rugby league player who dragged his girlfriend out of a club and tore off her SmartWatch so she couldn’t dial 999 before threatening her with a knife has been found guilty of assault and coercive behaviour.

Blonde Miss Lyles, 35, met 6ft 2in Igbinedion when he started as a personal trainer at Nuffield Gym, Shipley, West Yorkshire, which was opposite her workplace.

They started a relationship, but Miss Lyles said it soon turned coercive and violent.

‘He would speak to me like I was piece of poo on his shoe – so disrespectful,’ she told a jury, from behind a screen at Bradford Crown Court. She said he was jealous when she spoke to any other man at the gym and ‘wanted my full attention all the time’.

In December 2018 they went together to a Nuffield Christmas party in Liverpool, where Igbinedion told her she was ‘overdressed’ and ‘looked like a s**g’, Kate told the court. 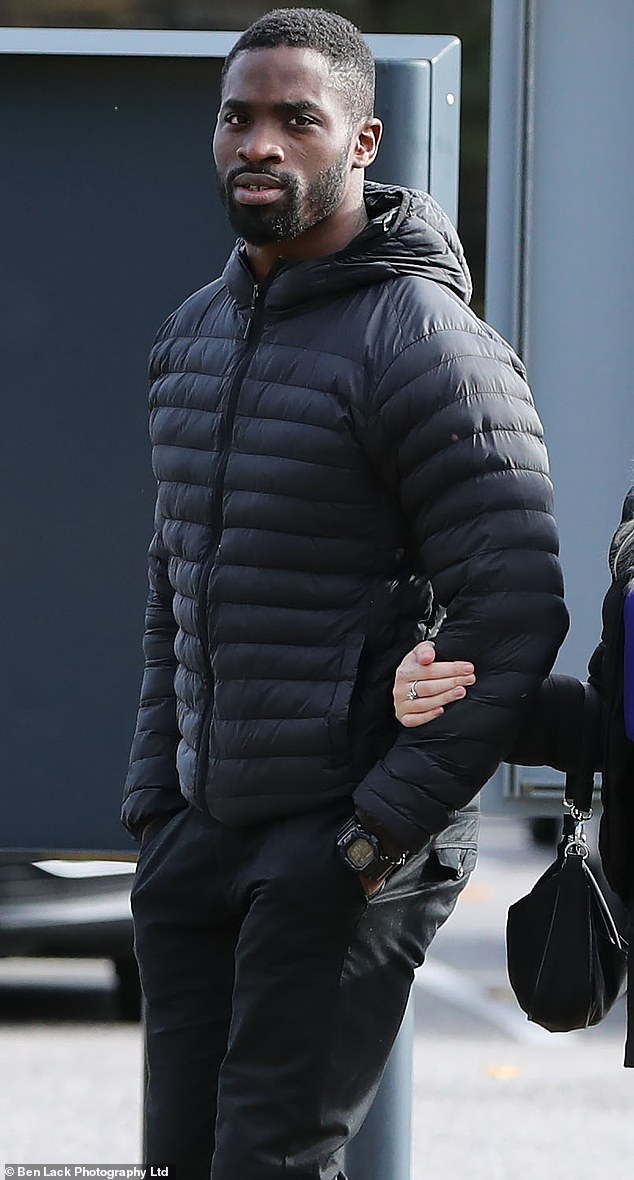 She wore a long coat because of his objections even though it was warm and ‘couldn’t even go to the toilet’ because he watcher her every move.

After visiting a number of bars with Igbinedion’s work colleagues and bosses he suddenly decided he wanted to return to their hotel.

When she said she wanted to stay out ‘he got really angry’ and threw Miss Lyles across his shoulder.

‘He got really angry. I was hoisted off my feet and thrown over his shoulder and he ran up metal stairs with me on his back,’ she told the court. ‘I was fearful. He just manhandled me.

‘He literally dragged me back to the hotel by my arm. I wanted to phone someone for help but he took my mobile phone from me.’ 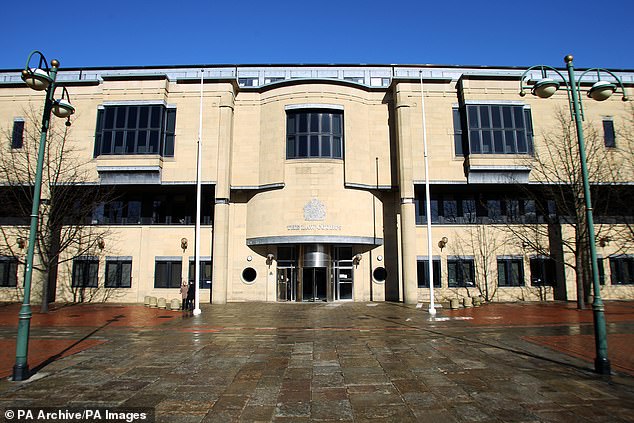 At Bradford Crown Court (pictured), Miss Lyles said: ‘He would speak to me like I was piece of poo on his shoe – so disrespectful’

Miss Lyles said she had a smartwatch which would dial 999 if she pressed it, but Igbinedion ripped it from her wrist.

After being dragged through the streets a nightclub bouncer intervened. The security officer took her to safety and detained Igbinedion, from Bingley, until the police arrived and arrested him.

The jury was shown photographs of her badly bruised right wrist and bruised and grazed knees.

Miss Lyles said Igbinedion was ‘obsessed’ with marrying her and thought they would have children together – even taking her contraception to make it more likely she would get pregnant.

Miss Lyles said: ‘He was obsessed with getting married to me and wanted to have kids. I never wanted any of that from him.

‘He took my contraceptive pills off me and threw them away. I’m not stupid I got some more and I had to hide them in my work laptop bag.

‘I thought “what a stupid girl why don’t you just leave”, there were so many red flags. But I just accepted it and carried on. I was very scared of him, I was terrified of him.’ 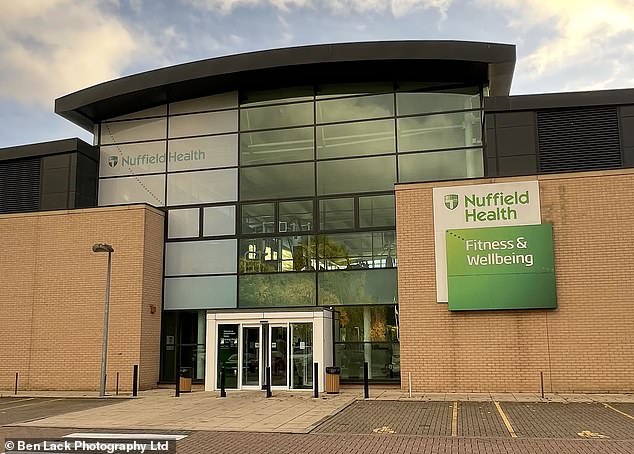 Blonde Miss Lyles, 35, met 6ft 2in Igbinedion when he started as a personal trainer at Nuffield Gym (pictured), Shipley, West Yorkshire, which was opposite her workplace

On one occasion he punched the car steering wheel so hard in anger that he bent it in half, said 5ft 6in Miss Lyles.

She said that in anger he looked like ‘the Devil’ and in July 2019 she drove away in fear from the gym in her Fiat 500 as he pursued her in his BMW ‘tailgating’ he until she finally parked up in Ilkley.

She told the jury she was so scared he would attack her that she contemplated throwing herself off a bridge onto the railway track.

Miss Lyles took photos of her injuries, including bruised and grazed knees and bruising around her neck.

She said: ‘The guy tried to kill me. He tried to strangle me.’

She also drew a picture of a flip knife, which she said he had threatened her with.

Igbinedion was found guilty of three counts of assault and also of a charge of coercive behaviour.

He was remanded in custody and will be sentenced in December.