Mr Corfe, 61, who is known as “Joffa” after a long-term former association with the Magpies AFL club, appeared before Melbourne Magistrates’ Court on Friday charged with two counts of sexual penetration of a child under 16. 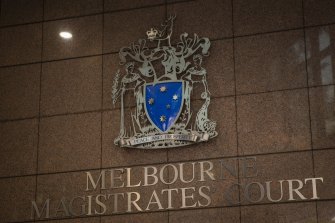 But defence lawyer Louis Dean told magistrate Johanna Metcalf that his client disputed it was he who committed the alleged offences.

“It’s in issue, your honour, that Mr Corfe is the offender as described by the complainant,” Mr Dean said.

Mr Corfe is yet to formally enter a plea but his charges will be the subject of a one-day hearing in December that determines whether the case goes to trial.

Mr Corfe, who now lives in the Queensland town of Redbank Plains, had his bail extended to appear before the committal hearing on December 8.

The magistrate asked defence lawyers to consider where the accused man would watch the next hearing from, if it was to be held online. The COVID-19 pandemic has meant courts hold most of their hearings online and via video links.

Mr Corfe was well known for his passionate support of Collingwood when he was aligned with the Magpies’ cheer squad. He was a regular fixture at matches and was last year honoured by the club for a special services contribution.

But Collingwood this year distanced the club from Mr Corfe after he made disparaging remarks about Australia’s Indian community in a tweet. Collingwood has previously said it couldn’t comment on cases before the courts.

‘Joffa’, Corfe, fight, Jeffrey, to
You may also like: