It didn’t take long for Jennifer Coolidge to go viral on TikTok.

In her first TikTok, posted on Jan. 19, Coolidge, 61, says hi to her followers and announces she was “trying to think of something cool to do” for her debut.

She settled on reciting a poem. Switching into a slow and solemn poem-reading voice, Coolidge opens on a familiar phrase.

Coolidge pans the camera over to Lopez, the original voice of Coolidge’s “poem,” better known as the singer’s 2002 hit “Jenny From the Block.”

The collision of the Jennifers sent TikTokers wild, especially after a dance remix of Coolidge’s iconic line, “These gays … they’re trying to murder me,” from the finale of Season Two of “The White Lotus” went viral on the app.

“Only Jennifer Coolidge would be able to master TikTok on her first TikTok,” a TikToker commented.

“Not since Leslie Jordan have I been so excited to see someone join TikTok,” another user wrote.

Coolidge and Lopez are starring in the upcoming Prime Video film, “Shotgun Wedding,” along with Josh Duhamel and Lenny Kravitz. By the end of the film’s trailer, Coolidge is wielding a machine gun after a tropical wedding takes a turn once it turns into a hostage situation. 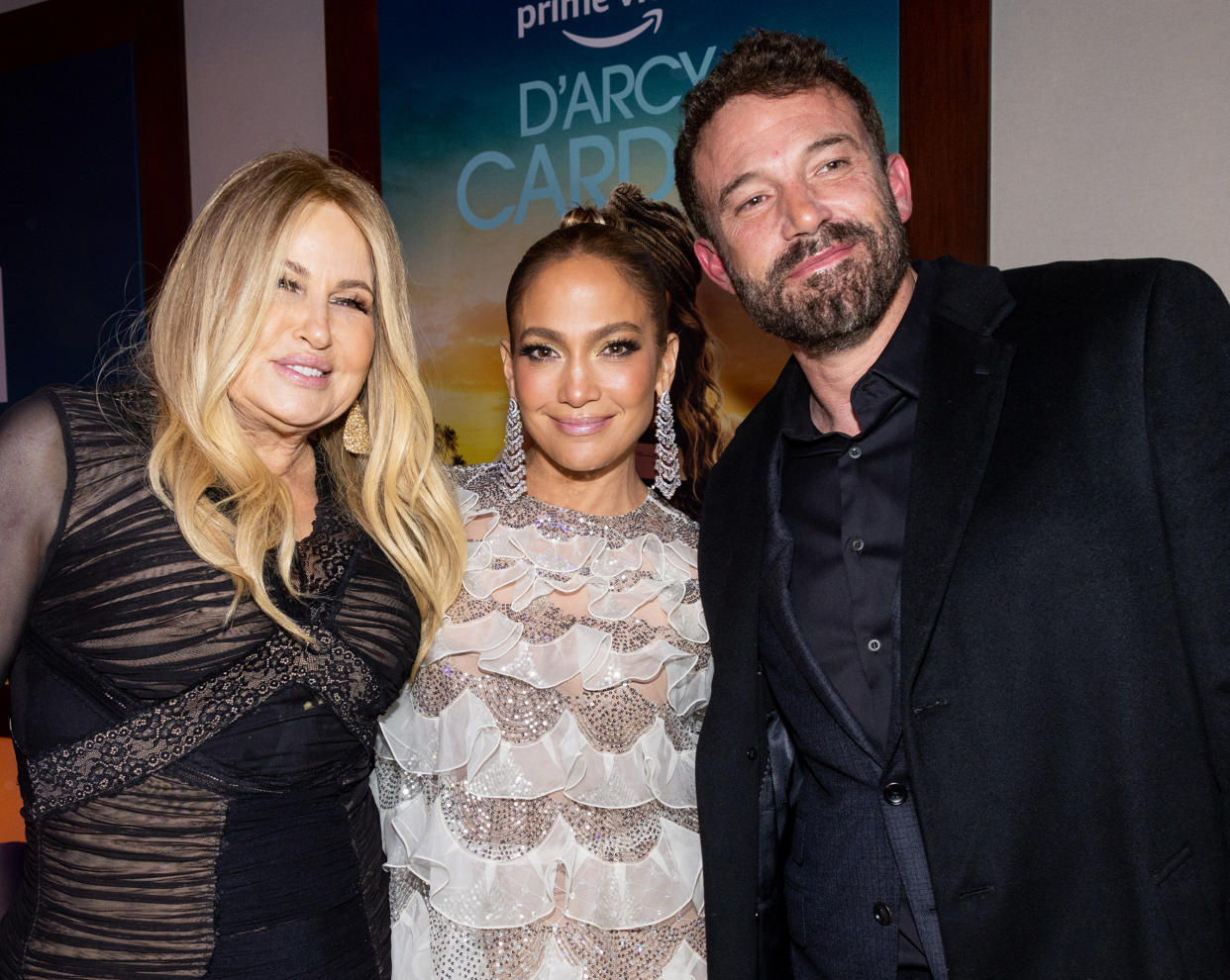 Which makes one wonder … is Coolidge brandishing a firearm the new secret to pop culture success?

The actor recently won a Golden Globe for her performance on “The White Lotus,” and was holding a pistol in the finale.

She thanked the show’s creator, Mike White, for revitalizing her career in her hilarious acceptance speech for the best performance by an actress in a supporting role in a limited series, anthology series or motion picture made for television award.

“I just want you all to know that I had such big dreams and expectations as a younger person, but what happened was they get sort of fizzled by life or whatever. I thought I was gonna be queen of Monaco, even though someone else did it, but I had these giant ideas and then you get older and it’s just not happening,” Coolidge said. “And I just want to say, Mike White, you’ve given me hope.

She added that her neighbors are now speaking to her and inviting her to parties, which she said she was never invited to before.