Jeremy Corbyn sold a pot of his homemade jam for more than £50 at the weekend.

The former Labour leader auctioned off the homemade plum preserve for charity at a jazz festival in his constituency of Islington.

Footage uploaded to TikTok captures the hilarious moment a grinning Jeremy can be seen clutching a coffee cup as the auctioneer hypes up his homemade goodies.

The jam eventually sold for £56, with proceeds from the auction going towards Newington Green Action Group.

Bristol-born comedian Jayde Adams, who was also hanging out at trendy Jazz On The Green fest at Newington Green in North London, also captured in the short TikTok clip. 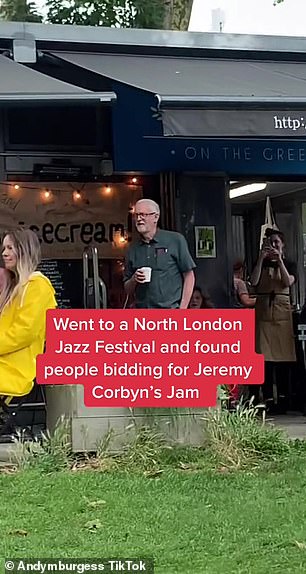 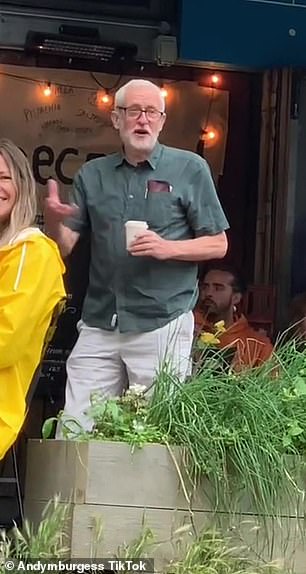 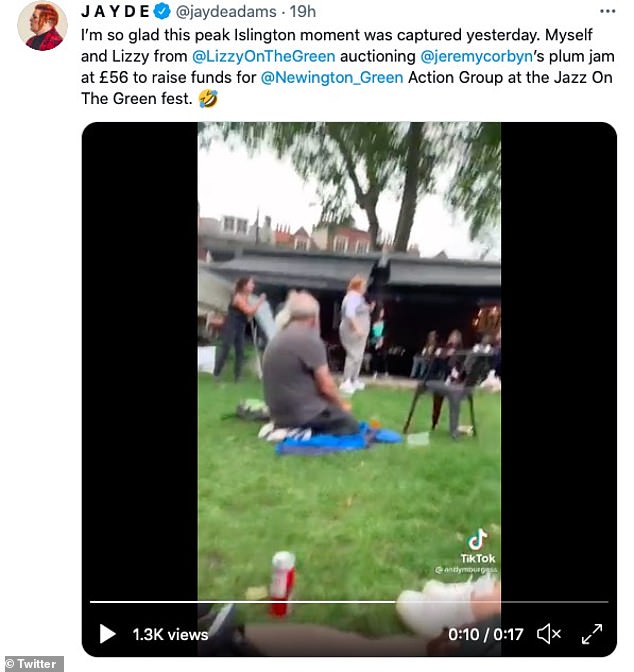 She yells to the crowd: ‘Come on, it’s Jeremy’s Jam!’ as the auctioneer pushes the price higher.

The woman behind the microphone can be heard pleading with the crowd saying:  ‘Can we get it up to £50? That’s five zero. Fifty big ones. Come on.’

‘Myself and Lizzy from @LizzyOnTheGreen auctioning @jeremycorbyn’s plum jam at £56 to raise funds for @Newington-Green Action Group at the Jazz On The Green fest.’

Newington Green Action Group is a grass-roots volunteer group working to make the area better for the community.

This included carrying out a Covid response to help the most vulnerable in their north London community and previously a campaign to reduce the use of plastic bags.

They run annual events in newington, including Jazz on the Green and Open Garden Squares Day. 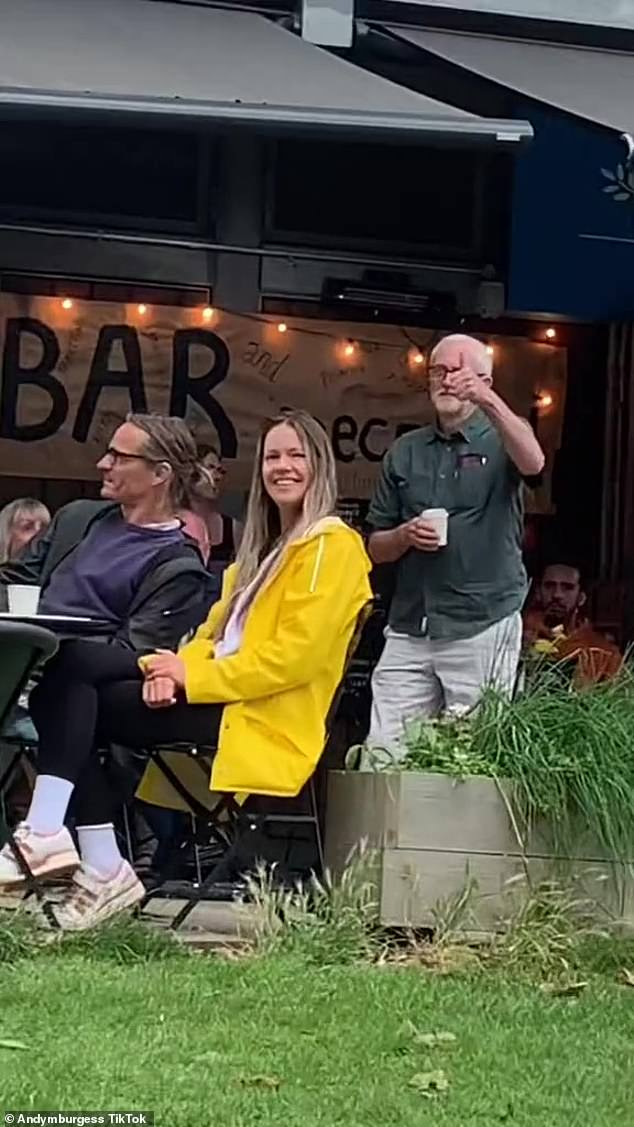 The group was formed in 1997 and works to preserve the area’s history and nature as well as working on sustainable community projects.

Former Labour leader Jeremy is still MP for Islington, where he lives.

The former Labour leader previously revealed the recipe for one of his jams to mark the launch of the 2017 Great British Bake Off series.

He shared the ingredients and the method on his personal instagram page, and it was later reposted by the officia Labour social  media page.

The image detailed the ingredients and instructions for Jeremy’s blackberry jam alongside the hashtag: ‘#ForTheBerry’, a rework of Labour’s slogan ‘For the many’.

Corbyn, Jeremy, of, one, pot, sells
You may also like: