Jeremy Corbyn was among the MPs and peers watching King Charles’ first speech to Parliament today.

The hard-Left former Labour leader turned up to the historic ceremony despite apparently opting out of the Accession Council over the weekend.

Dressed in a black suit and tie, Mr Corbyn was pictured being directed to his seat in Westminster Hall before the monarch’s address.

Both Houses of Parliament expressed their condolences to the new monarch and his wife through the respective Speakers, before hearing his reply. 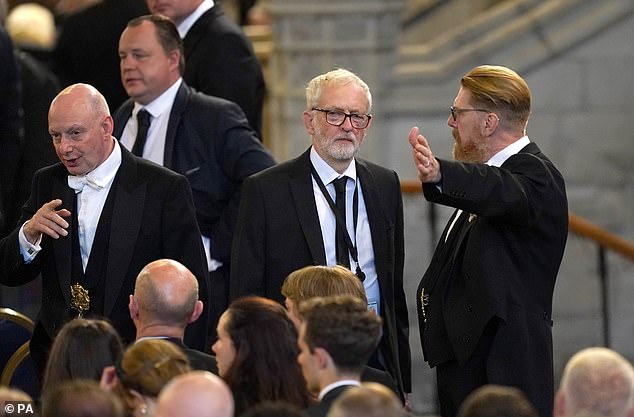 Dressed in a black suit and tie, Jeremy Corbyn was pictured being directed to his seat in Westminster Hall before the monarch’s address 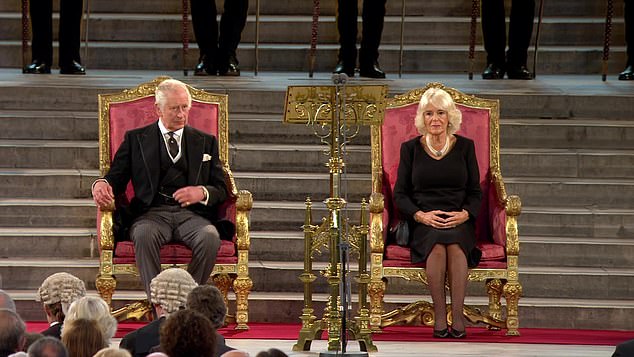 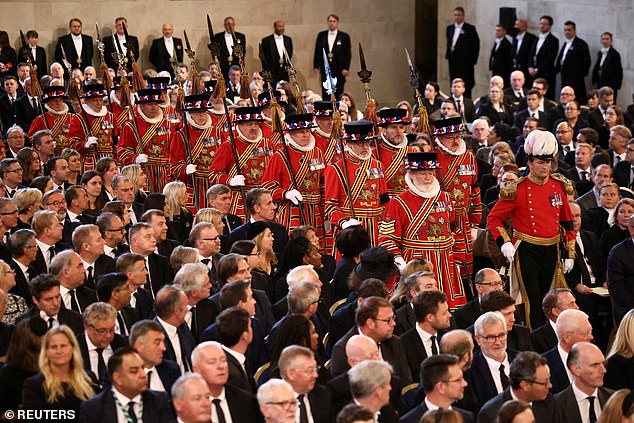 As a former head of the Opposition and Privy Council member Mr Corbyn is believed to have had the automatic right to attend the Accession Council on Saturday.

However, he was not present and did not respond to requests for comment from the Mail on Sunday.

In 1991, he campaigned for a referendum on having the Queen replaced by an elected president.

When Tony Blair was in power, Mr Corbyn handed him a petition calling for the Royal Family to be evicted from Buckingham Palace and moved to more basic accommodation.

Asked in 2019 if ‘the Monarchy is fit for purpose’, he said it needed a ‘bit of improvement’.

However, Mr Corbyn has recognised the enduring popularity of the monarchy means it is likely to stay.

Following the Queen’s death, Mr Corbyn tweeted that ‘My thoughts are with the Queen’s family as they come to terms with their personal loss, as well as those here and around the world who will mourn her death.’

He added that he had ‘enjoyed discussing our families, gardens and jam-making with her. May she rest in peace.’

Despite his anti-monarchist views, Mr Corbyn took his place on the Privy Council in 2015. 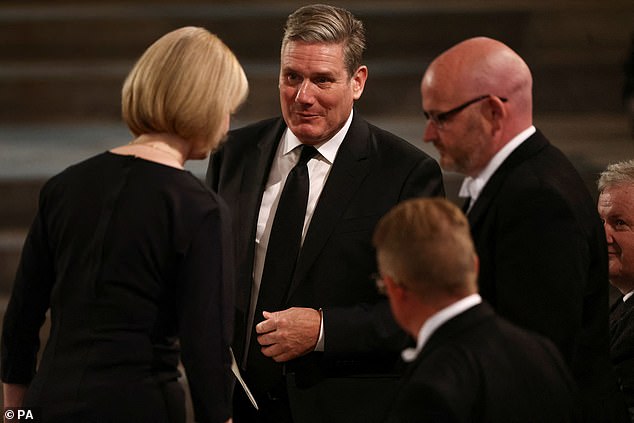 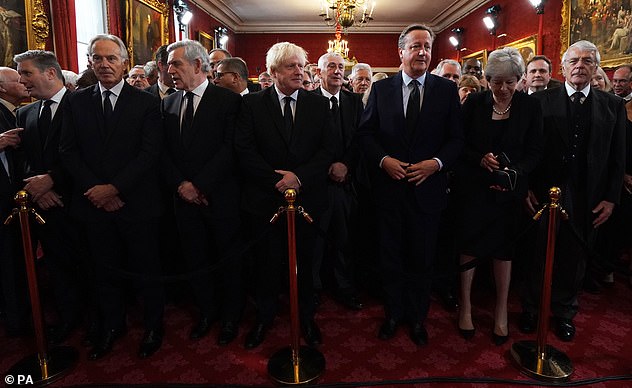 Those who were at the proclamation of the King on Saturday included six former prime ministers – Boris Johnson, Theresa May, David Cameron, Gordon Brown, Sir Tony Blair and Sir John Major