Acid attacker caught on video on his way to disfigure his ex: Jilted lover disguised himself as a ‘large black woman’ before hurling corrosive liquid over medical student on doorstep leaving her permanently disfigured

A jilted medical student who threw acid over his ex-girlfriend in a meticulously prepared jealous rage has been jailed for 15 years.

Dr Rym Alaoui suffered life changing injuries when a former colleague and boyfriend threw acid in her face in a horrific, premeditated and planned attack on her doorstep in Brighton.

Milad Rouf, 25, disguised himself as a large, black woman before throwing sulphuric acid over his ex-girlfriend when she answered her door in May.

Dr Alaoui suffered life changing injuries to her face, neck and chest. Lewes Crown Court heard she is unable to close her eyes or move her neck and has lost the sight in her right eye.

Rouf, from Cardiff, armed himself with an acid attack kit before travelling to his family in Eltham in South East London and on to Brighton where he lay in wait for his victim. 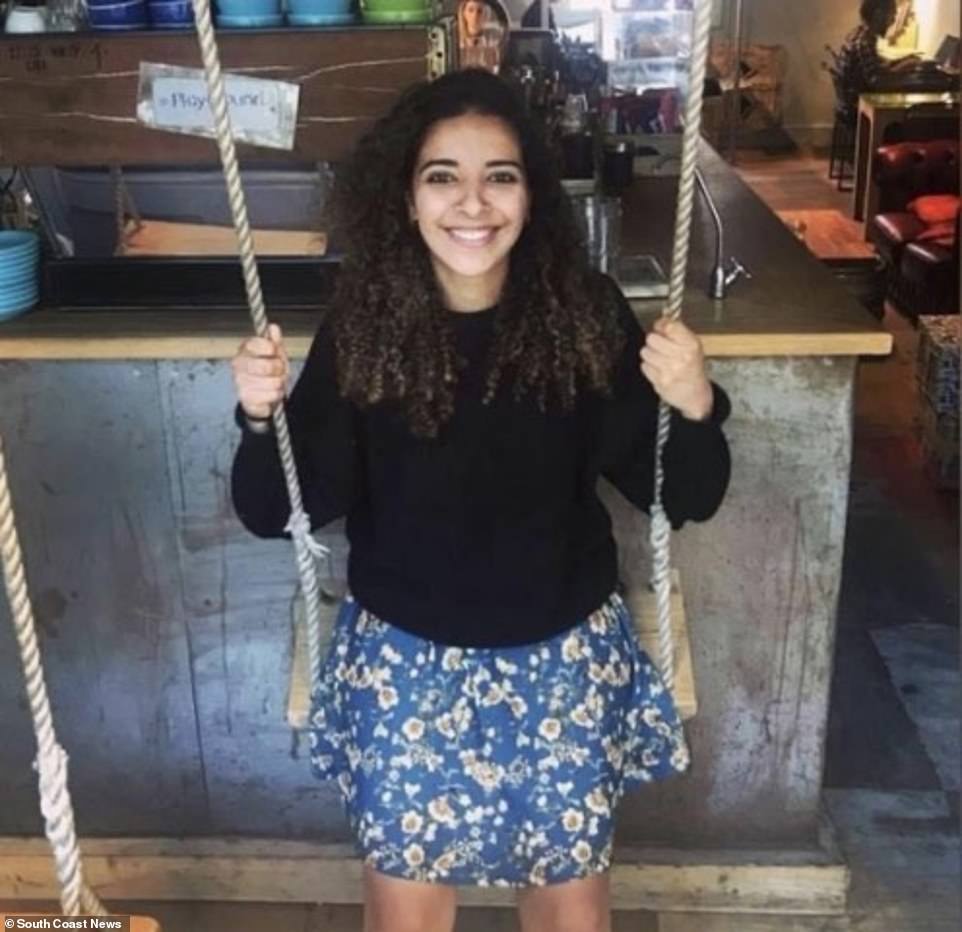 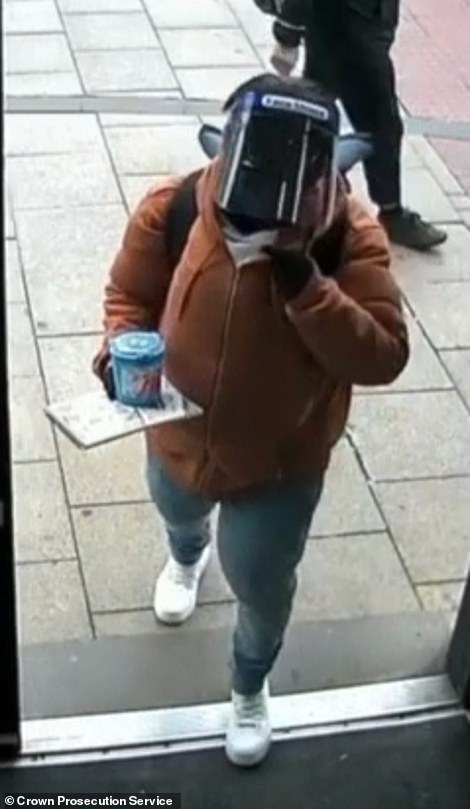 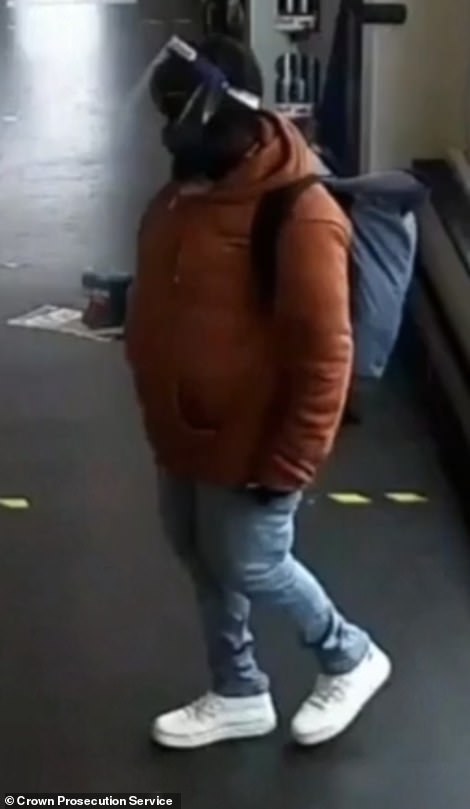 Rouf disguised himself as a large, black woman before throwing sulphuric acid over her

Her Honour Judge Christine Laing QC told Rouf she had no doubt he was a danger to women before sending him to prison on an extended sentence of 15 years.

They both studied medicine together at Cardiff University and Rouf planned his attack after Dr Alaoui ended their short relationship and moved to Brighton in April. 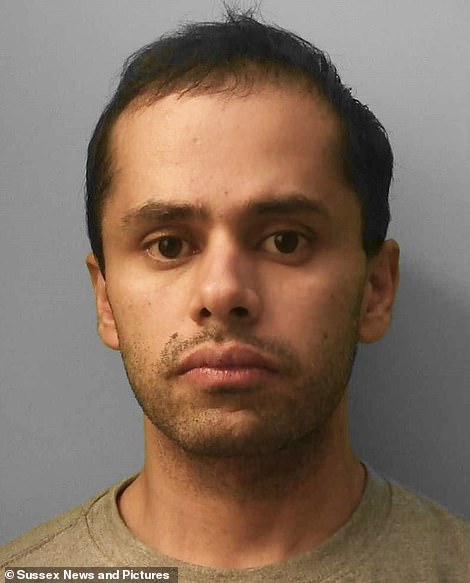 Within weeks, Rouf had planned and carried out his inexplicable attack, the court heard. Rouf knew better than most the effect sulphuric acid would have on the body, the judge said. The attack was beyond understanding, the judge told him.

‘You thought about what you wanted to do and how you were going to do it and planned it over weeks before carrying it out,’ Judge Laing said.

‘You knew full well what you were doing was wrong and you tried to evade responsibility for it to continue to pursue your medical career.’

Judge Laing described the attack as inexplicable other than simple jealousy and anger at being rejected.

Rouf’s voice cracked as he answered Guilty to charges of causing grievous bodily harm with intent and using sulphuric acid with intent to burn, maim, disfigure or disable at an earlier hearing.

Rouf threw sulphuric acid over Dr Alaoui, who is in her 20s, when she answered her door in Steine Garden, Brighton. The acid was so concentrated it scorched the paintwork off her front door.

In a victim personal statement, Dr Alaoui said she fears for her future after Rouf robbed her of her career and young adult life.

She ended their relationship before moving to Brighton where she worked as a junior doctor at the Royal Sussex County Hospital in the city. 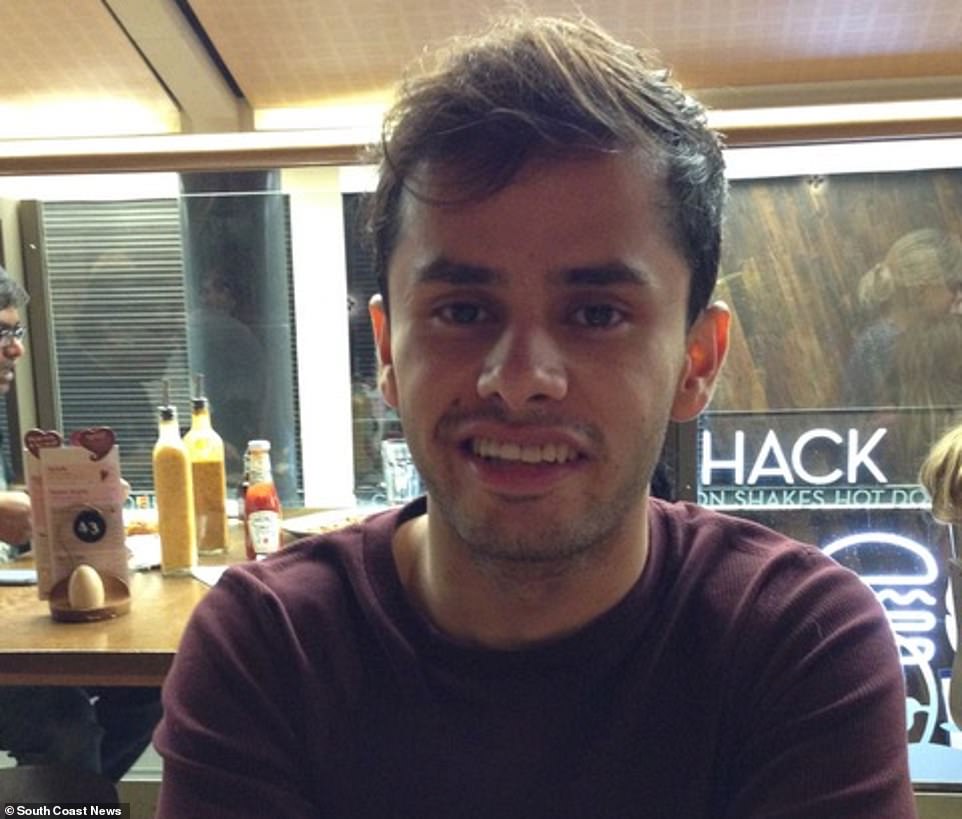 Milad Rouf, 25, threw sulphuric acid over his ex-girlfriend when she answered her door 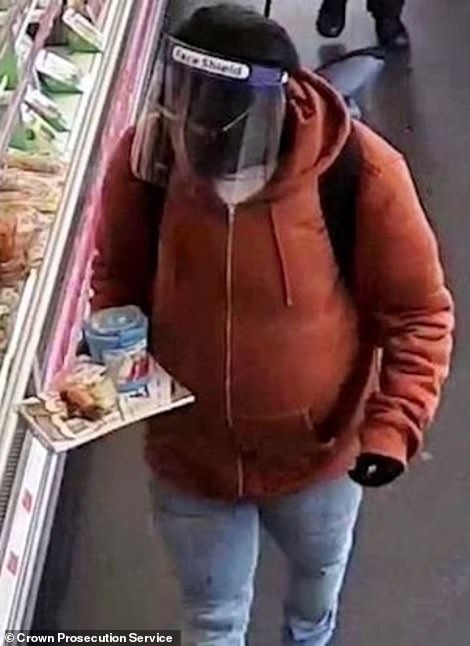 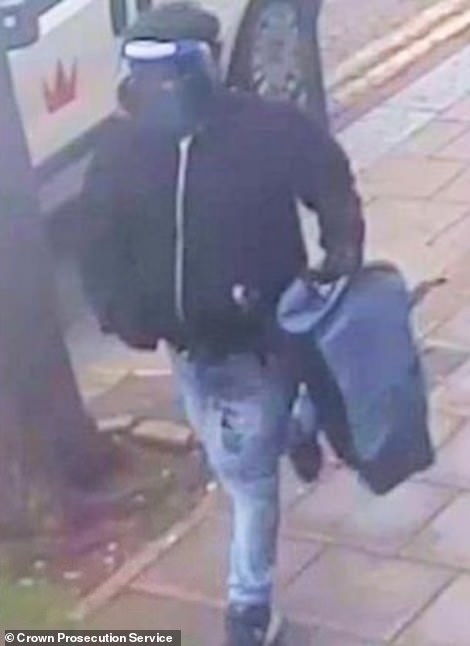 Rouf disguised himself as a large, black woman before throwing acid over his former girlfriend in Brighton

In the statement, Dr Alaoui wrote: ‘When I came to answer the door that day, a substance I now know to be sulphuric acid was thrown into my face.

‘Since the day I was subject to this horrific attack, my life has changed. I live in pain and fear of my future wellbeing and financial hardship.

‘The impact of the attack includes severe damage to my right eye which I am still unable to see out of. Damage to eye lids and damage to skin on face neck and arm.

‘I am unable to move my neck and close my eyelids. I have had five surgeries. I’m still trying to come to terms with more procedures and operation.

‘I am unable to attend work or live my life. I have been robbed of years of my career and young adult life. The psychological effect had been colossal on me my family and loved ones.

‘I cannot begin to imagine why somebody would commit such a premeditated and horrible attack. I cannot understand what was in his mind,’ the doctor wrote. 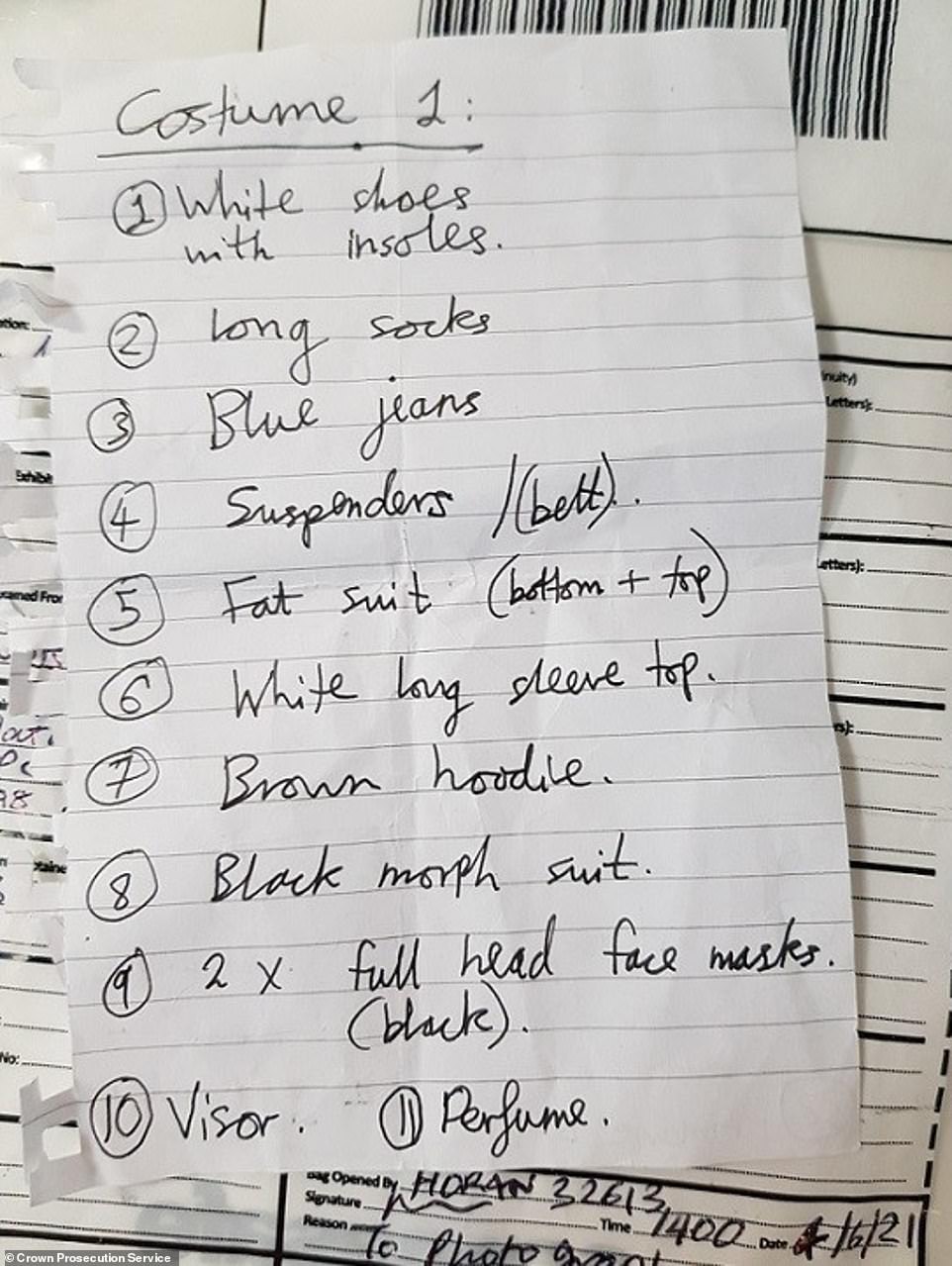 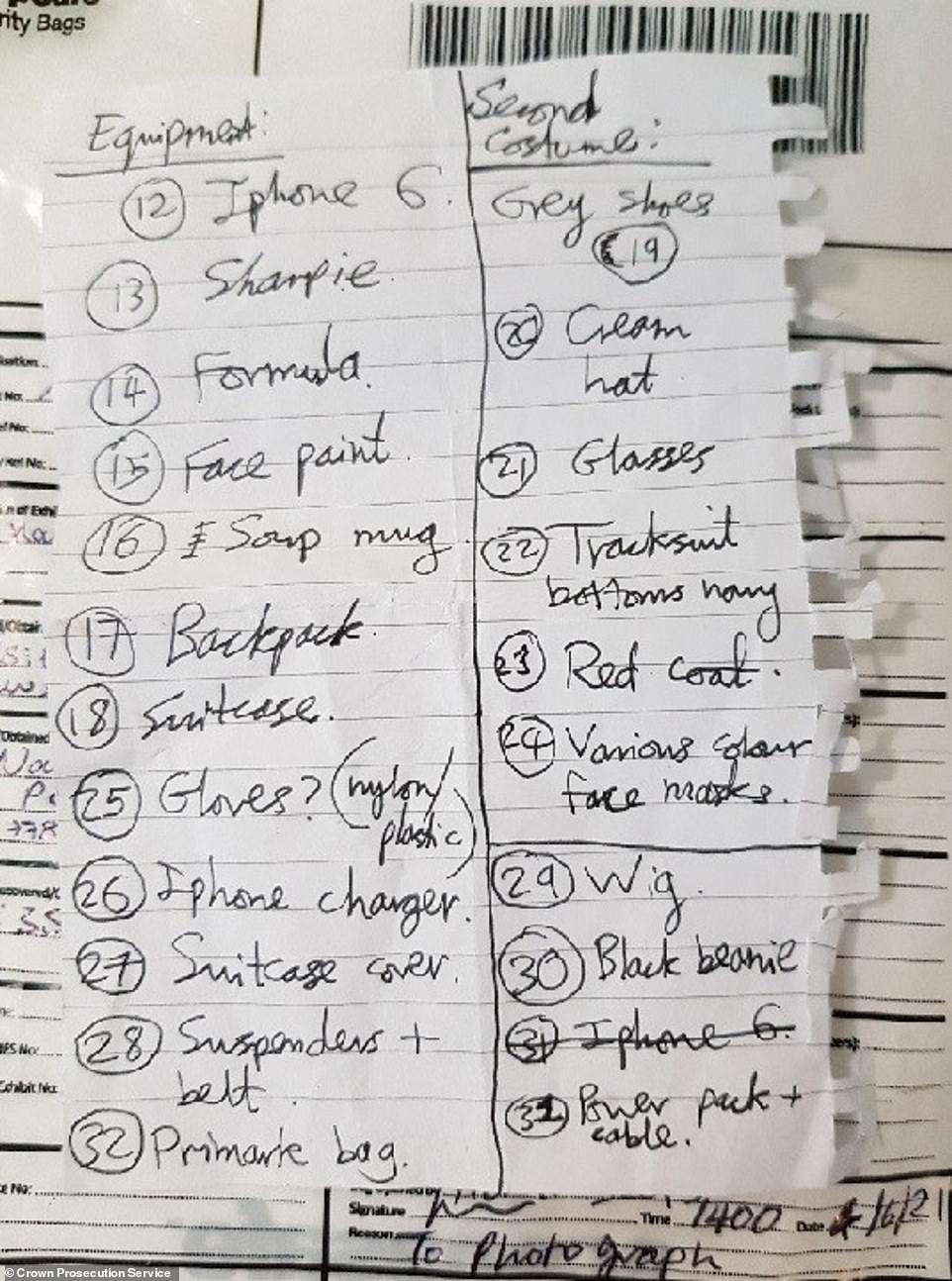 She was taken from her flat to the Royal Sussex Hospital, less that 1km away, where she worked and was treated by colleagues.

Rouf knocked on her door disguised as a large, black woman before throwing acid over her at 4.20pm on May 20.

Rouf showed his ex-girlfriend a note and threw the acid in her face as she looked down to read it. He dumped his disguise in bins across the city before buying new clothes in Primark and fleeing to his home in Wales.

A neighbour said they heard a ‘really bad scream’ before seeing the young woman being led out of the property with a blanket over her head.

‘I came running down because I couldn’t see anything from the window because it sounded like a scream that you never want to hear. A serious scream. I knew it was a young lady. 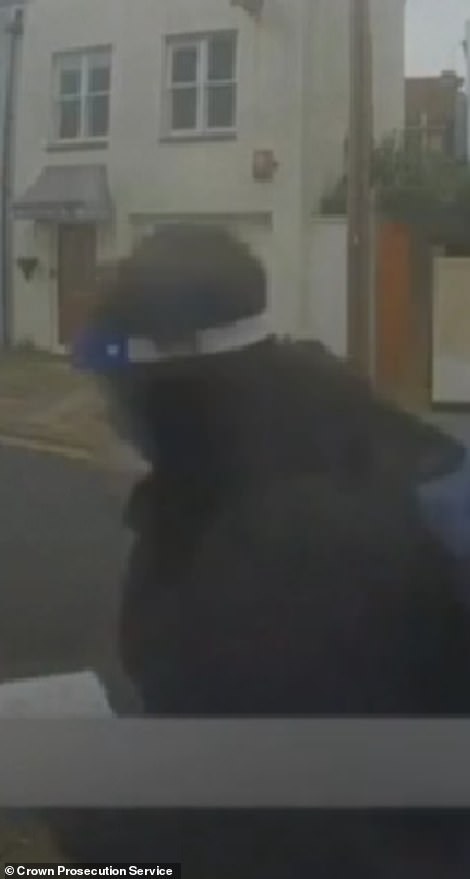 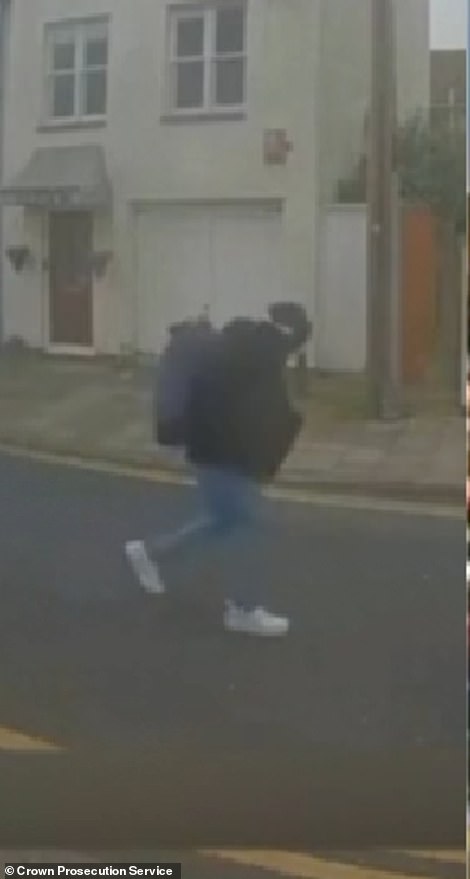 ‘I couldn’t work out where the noise had come from, I came back in and then the next minute there was a load of police and ambulance outside. She had a blanket over her.’

A second neighbour described how they saw an acid attack kit on the road outside the property after the attack.

He said: ‘I went out at about 9pm yesterday to get some bits from the shop and there was a plastic box with a printed note inside that said ‘acid attack kit’.’

A spokesman for Sussex Police said: ‘When the victim opened the door, he threw a corrosive substance over her before fleeing the scene.

‘The victim, who was known to Rouf through their studies, suffered life-changing injuries as a result of the attack. Officers found he had disguised himself as a woman to carry out the attack. 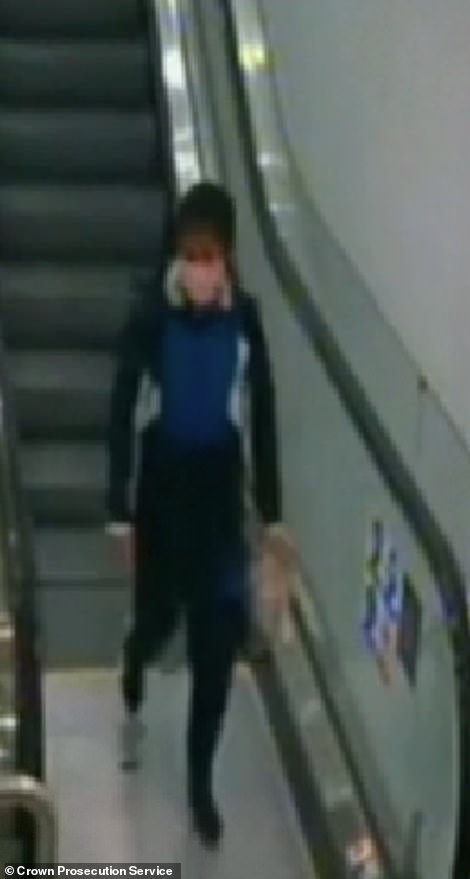 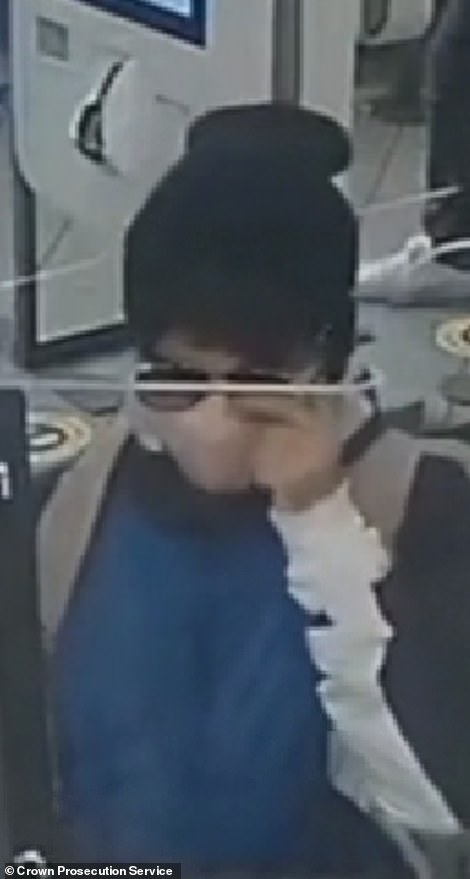 ‘As he fled the scene, he discarded items of his costume in bins across the city, before buying new clothing from Primark.

‘After his arrest, a search of his home address in Cardiff found items matching the clothing he bought in Brighton, as well as a hand-written list of the items he included in his disguise.’

Investigating officer Rose Horan said: ‘This was a premeditated, malicious and harrowing incident, and I’d like to thank the victim for showing such incredible bravery and dignity throughout. She has been inspirational.

‘I would also like to thank the many officers who responded to the incident and the wider community for their huge support in our investigation. We approached and engaged with a wide range of businesses in the city centre and they provided us with hundreds of hours of CCTV.

‘In the end, it was this footage that enabled us to trace Rouf’s movements through the city and build a strong case against him, which has resulted in a guilty plea at court.’

Rouf, of Newport Road, Cardiff, describes himself as the founder and managing director of a website called DocBot since 2016.

Dr Alaoui is named as marketing director of DocBot. Rouf describes the site as created by junior doctors and final year medical students in the UK. 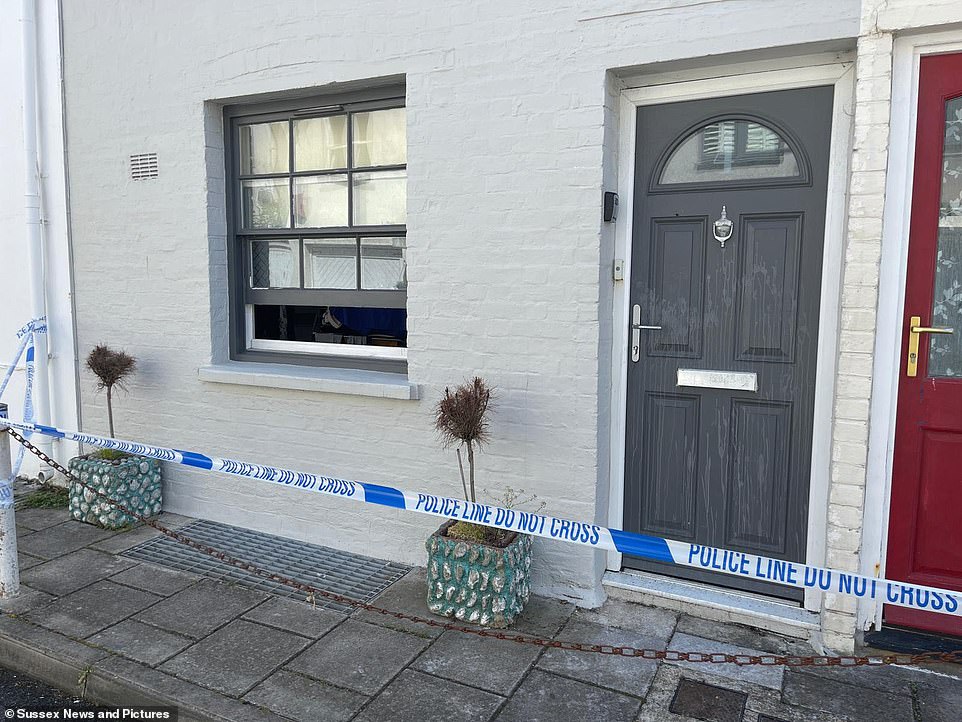 ‘Our goal is to increase awareness of health issues and debunk myths, with our mission being to reduce preventable illnesses across the UK.’

In her online bio, Dr Alaoui wrote: ‘My name is Rym and I’m the marketing and finance manager at DocBot! I’m currently working as an F1 doctor in Brighton.

‘I’m particularly interested in neurology and anaesthetics, and was the president of the Cardiff University Anaesthetics, Perioperative and Intensive Care Society.

‘In my free time, I enjoy martial arts, drinking coffee (probably too much) and am very passionate about languages!’

Rouf described himself as the Taker of Naps as part of his online statement. ‘My name is Milad and I am the founder and managing director of DocBot.

‘I am very passionate about preventative medicine as well as medical education, hence I put the two together and created DocBot in the summer of 2016.

‘I am also in my final year of medical school at Cardiff, and am particularly interested in general practice and anaesthetics. 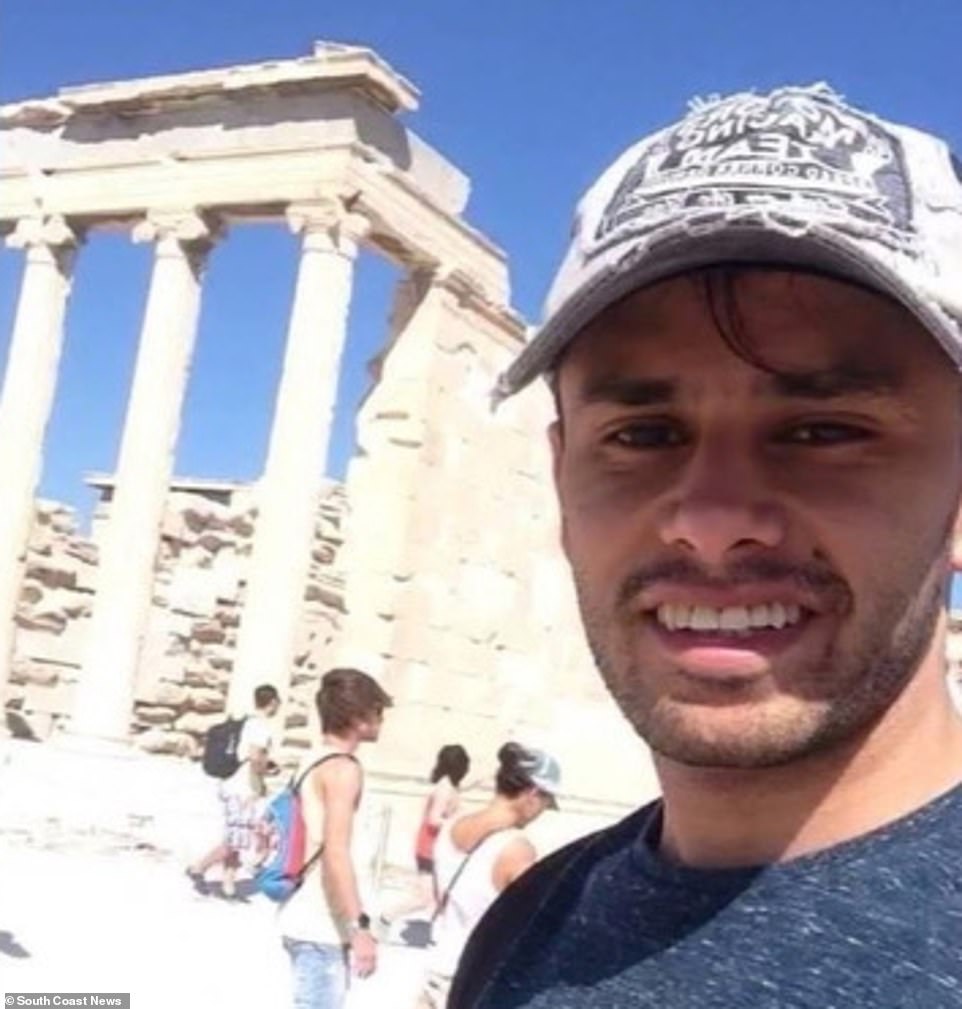 ‘I am currently the president of Cardiff University Anaesthetics, Perioperative and Intensive Care Society.

‘We have an amazing team of junior doctors and medical students, and it is because of their hard work and determination that we are able to provide our users with high quality content here at DocBot.

Rouf was sentenced to 11 years custody with an extended sentence of another four years.

He will serve at least three quarters of the 11 years in custody before being release on licence. He showed no emotion as he was taken down.

Joe Pullen from the Crown Prosecution Service said: ‘This was a shocking and pre-mediated attack – motivated by jealousy and failure to accept the end of their relationship – which has left a young woman with life-changing injuries.

‘My thoughts today are with this brave woman, whose strength and resilience throughout the investigation and prosecution is inspiring. I hope she can find some comfort from today’s sentence.

‘I additionally wish to thank Sussex Police for their outstanding work in uncovering Rouf’s elaborate disguise. I am pleased we were able to build a strong and swift case against him, using extensive physical and CCTV evidence, which saw him pleading guilty to the most appropriate charge of applying a corrosive fluid with intent.

‘This violence has no place in our society. The CPS is committed to protecting victims from domestic abuse through our close working with the police to build the strongest possible cases and charges appropriate to the crime.’

Jilted, medical, student, thr, Who
You may also like: