WASHINGTON (AP) — Republican Rep. Jim Jordan of Ohio, one of former President Donald Trump’s closest allies in Congress, on Sunday rejected a request for an interview by the House panel investigating the Jan. 6 Capitol insurrection.

He said the interview request “amounts to an unprecedented and inappropriate demand to examine the basis for a colleague’s decision on a particular matter pending before the House of Representatives,” adding, “This request is far outside the bounds of any legitimate inquiry, violates core constitutional principles and would serve to further erode legislative norms.”

Thompson told Jordan in a letter last month that the panel wants him to provide information surrounding his communications with Trump on Jan. 6 and Trump’s efforts to challenge the result of the 2020 election.

“We understand that you had at least one and possibly multiple communications with President Trump on January 6th,” the letter read. “We would like to discuss each such communication with you in detail.”

In his response Sunday, Jordan insisted, “I have no relevant information that would assist the Select Committee in advancing any legitimate legislative purpose.”

He accused Democrats of using the committee as “a partisan cudgel against their political adversaries.” 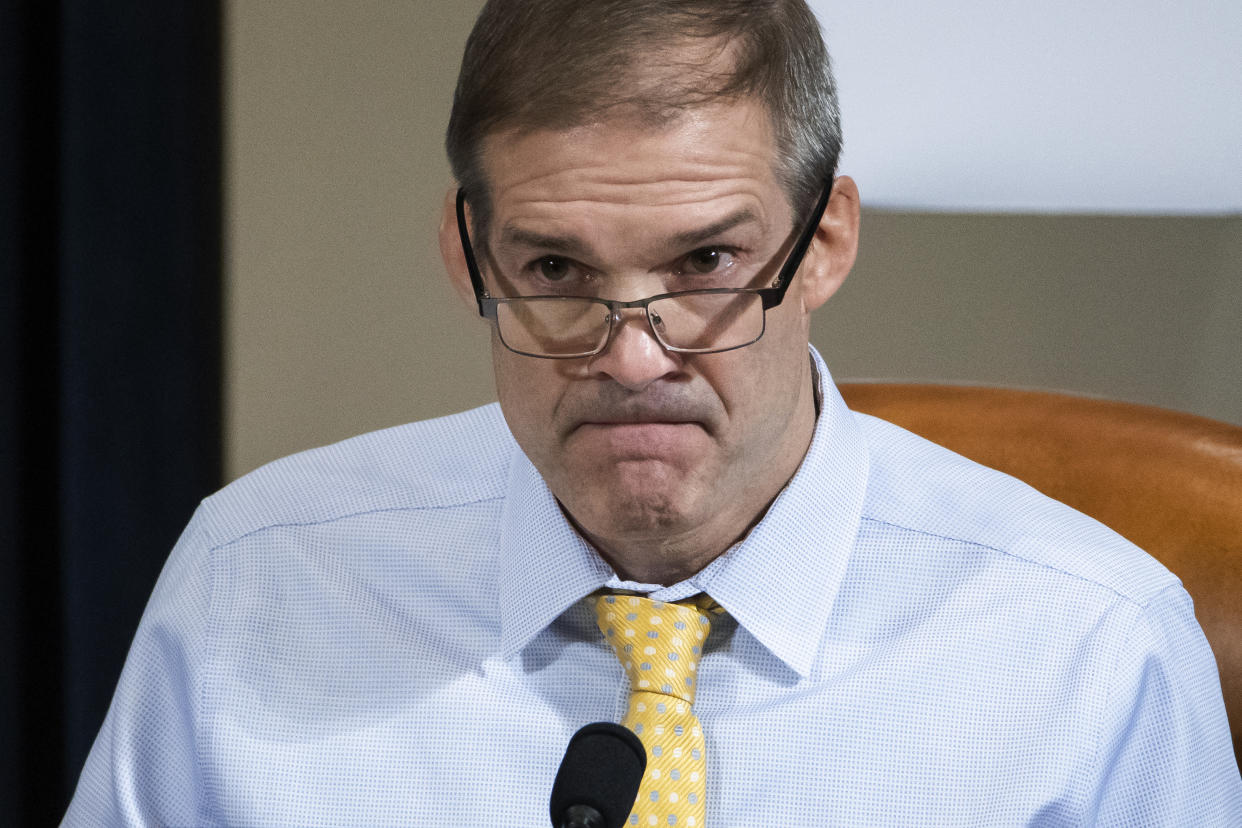 Jordan is a staunch supporter of Trump's false claims about voter fraud. The lawmaker brought those claims up during an October hearing on a motion to hold former White House chief strategist Steve Bannon in contempt for refusing to comply with a congressional subpoena.

In that hearing, Jordan admitted that he spoke with Trump on the day of the attack.

“Of course, I talked to the president,” Jordan told members of the Rules Committee, in response to questioning from the panel’s chairman, Rep. Jim McGovern, D-Mass. “I talked to him that day. I’ve been clear about that. I don’t recall the number of times, but it’s not about me. I know you want to make it about that.”

The panel is also seeking information regarding Jordan’s meeting with Trump and members of his administration in November and December 2020, and in early January 2021, “about strategies for overturning the results of the 2020 election.” Thompson's letter said the committee is also interested in any discussions Jordan may have had during that time regarding the possibility of presidential pardons for people involved in any aspect of the Capitol attack or the planning for the two rallies that took place that day.