President Joe Biden will announce a new push to crack down on emissions of methane, a key global warming gas, on the second day of a global climate summit on Tuesday, even though key provisions are stuck on Capitol Hill.

He spent Monday evening at a reception hosted by the British Royal family, but tensions over his domestic policy agenda threaten to overshadow his climate plans.

Methane has a bigger impact on the greenhouse effect than carbon dioxide and reducing leaks is seen as a major step to meeting climate targets.

Biden promised during the COP26 summit to work with the European Union and other nations to reduce global emissions by almost a third by 2030.

The key plank of U.S. actions is tighter Environmental Protection Agency regulations for the oil and gas sector. 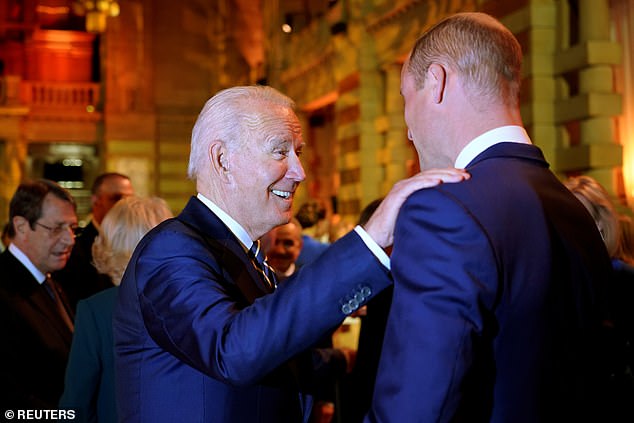 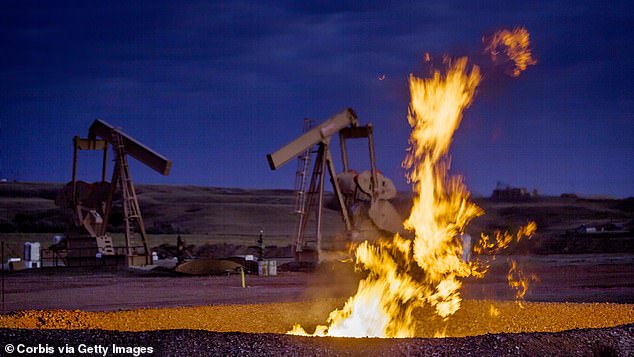 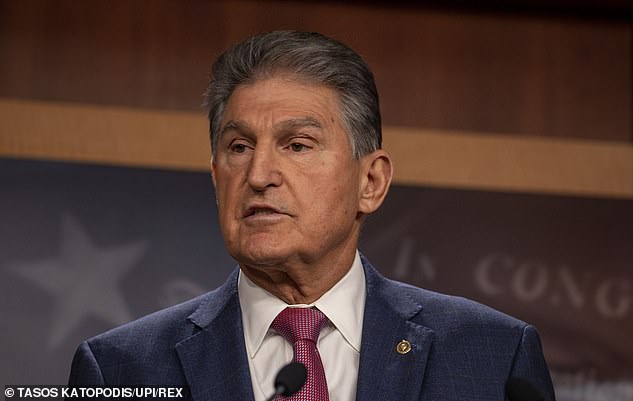 Sen. Joe Manchin announced on Monday that he remained uncertain about the cost of the Biden’s Build Back Better, which includes measures to stop methane leaking from old mines

However, other efforts, such as capping old gas wells and sealing abandoned coal mines are in the Build Back Better plan which is help up by centrist Democrats

Comments by Democratic Sen. Joe Manchin, one of the holdouts against the plan, that he still has doubts about the president’s $1.75 trillion domestic policy agenda, loomed over Biden’s appearance in Glasgow, Scotland.

But administration officials shrug off any suggestion that domestic politics is weakening the president’s ability to get things done on the global stage.

Just as he has been today with leaders around the world, the president has been robustly engaging with folks all around Washington, bringing them together and driving forward action at a pace and a scale that meets the moment on climate,’ said a senior administration official.

He pointed to progress on methane as an example, and said it would have a catalytic effect on other nations.

But Manchin holds a deciding vote in the Senate, and has managed to crop key part of Biden’s environmental proposals from the ‘Build Back Better’ plan.

Even so, he announced on Monday that he remained uncertain about the cost of the proposals.

The tension at home comes as Biden and his big team of officials tries to use COP26 to demonstrate American leadership.

In his Monday speech to delegates, Biden said the U.S. ‘is not only back at the table, it can hopefully lead by the power of our example,’ even as he admitted, ‘I know that hasn’t always been the case.’

The methane plan is part of that push.

It includes new safety regulations by the Transportation Department to eradicate leaks in the country’s three million miles of pipelines.

The Interior Department is tasked with clamping down on methane burned on public lands.

But it also depends on Biden getting his bills through Congress.

announce, Biden, crackdow, Joe, to
You may also like: