Mr Bercow said the Parliamentary Commissioner for Standards had found him guilty on 21 out of 35 claims relating to his behaviour during his decade as Speaker of the House of Commons.

Allegations by former colleagues included that he twice threw a mobile phone, swore at officials and ignored an aide on a trip. 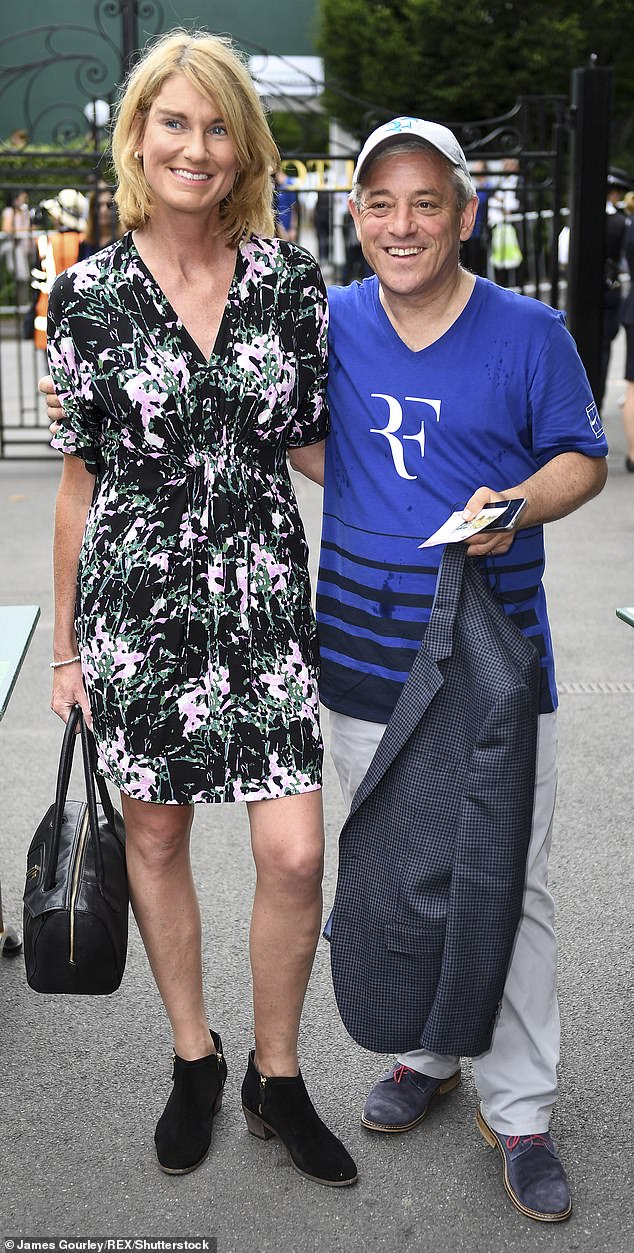 John Bercow with his wife Sally in 2017. The former Speaker of the House of Commons is facing a possible lifetime ban from Parliament following a bullying investigation

Mr Bercow yesterday made public the provisional findings of the investigation by commissioner Kathryn Stone before her final decision later this month.

He is appealing against her findings and branded the inquiry a ‘kangaroo court’, claiming the process was ‘protracted, amateurish and unjust’.

‘The powers that be were determined to get their scalp – that is the reality of the matter,’ he told radio station LBC.

‘Hearsay was preferred over direct testimony. When people said, “I don’t remember that, I don’t recall John Bercow behaving in that way”, they were described as unhelpful and their evidence was to be disregarded.’ 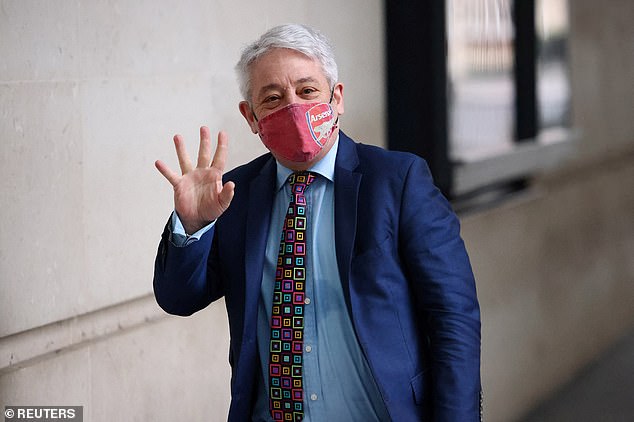 He added: ‘The commissioner upheld allegations which had been rejected by the investigators and without taking any new evidence or interviewing me.’

In a separate interview with The Sunday Times yesterday Mr Bercow admitted he was a ‘Marmite figure’.

He said: ‘I’m flawed. I sometimes wind people up unnecessarily. But I had hugely collegiate relations with my team.’

Lord Lisvane last night criticised Mr Bercow’s decision to make public the findings before they had been finalised.

In a statement, he said: ‘Everyone involved in this exacting two-year inquiry has had to undertake to preserve strict confidentiality. This is an undertaking that Mr Bercow has now casually broken. 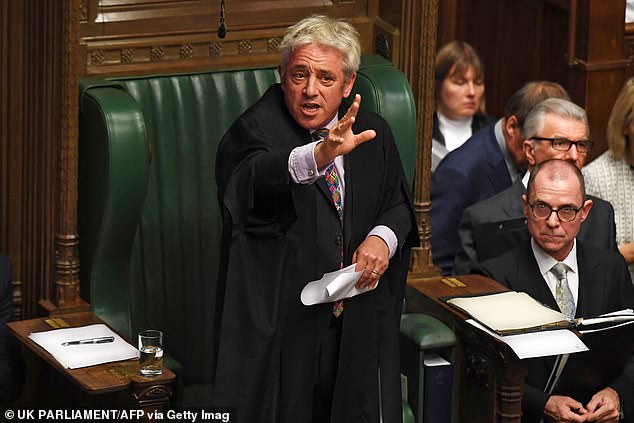 Mr Bercow, pictured in 2019, said the Parliamentary Commissioner for Standards had found him guilty on 21 out of 35 claims relating to his behaviour during his decade as Speaker

‘As with many rules, it appears that he believes this does not apply to him. He now makes assertions which are not true.

‘When I am released from the duty of confidentiality and all the documents in the inquiry are published, the record will be clear.’

A Commons spokesman said: ‘We cannot comment on individual cases or allegations.’ Mr Bercow stepped down as Speaker in November 2019.

He was nominated for a peerage by Jeremy Corbyn but it was blocked because of the bullying investigation.