A politician named after murderous Russian dictator Joseph Stalin is poised to win power in Indian state elections on Friday.

The party’s chief was named after Stalin in a tribute to the communist dictator by his father M. Karunanidhi, a left-wing four-time chief minister of the state. 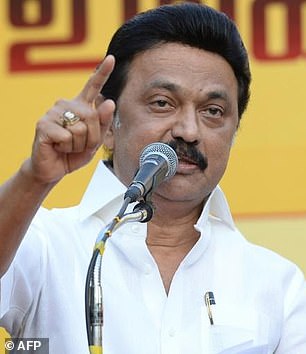 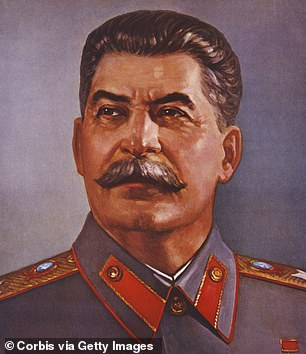 MK Stalin, a politician named after murderous Russian dictator Joseph Stalin, was poised to win power in an Indian state on Friday

Born just days before his namesake died in 1953, the Indian Stalin – a committed democrat – admitted in a 2019 newspaper interview that his name had caused some awkward moments in Russia.

‘As soon as I landed at a Russian airport, I was asked to mention my name. When I said ‘Stalin’ many people at the airport started looking at me,’ he told the Times of India.

‘While checking my passport, officials asked me several questions before I was allowed in,’ he said of the 1989 trip. 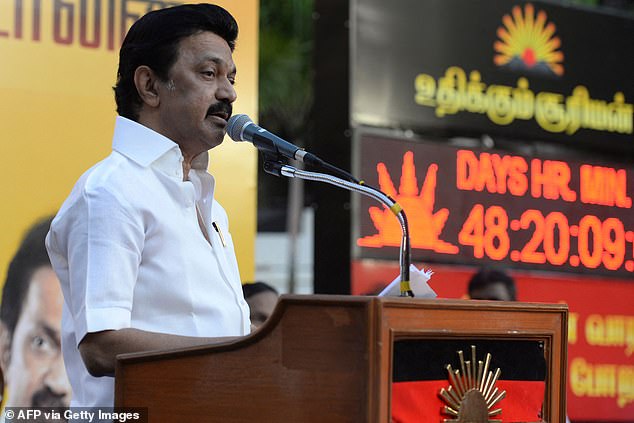 MK Stalin joins an elite group of two politicians know for being named after murderous dictators, sharing the dubious honour with Namibia’s own Adolf Hitler.

Adolf Hitler Uunona, 54, was catapulted into an unlikely international stardom when his party won a regional election in November.

In a list of candidates printed i the government’s gazette his name was abbreviated to ‘Adolf H’, but it appeared in full on an official results website.

The 54-year-old has bristled at the attention and accused opposition parties of conspiring to discredit him.

He told The Namibian his father ‘didn’t understand what Adolf Hitler stood for’ when he named him after the German dictator.

‘I didn’t have a choice. I was a baby when my father gave me that name, There is nothing that I can do to change the name’, he said.

‘It does not mean I have Adolf Hitler’s character or resemble that of Adolf Hitler of Germany. I am not like him.’ 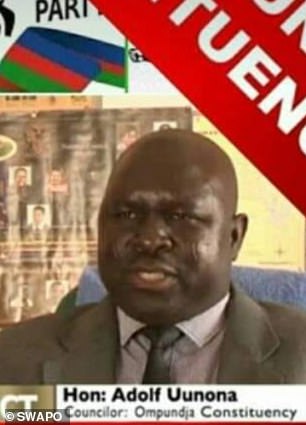 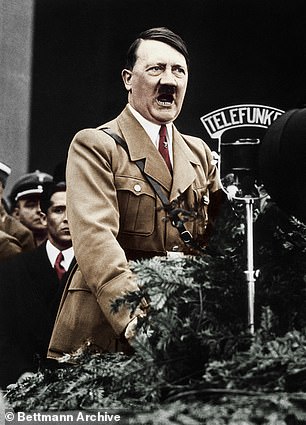 Left: Adolf Hitler Uunona, who won a seat at a Namibian regional election in November; right: the dictator of Nazi Germany delivering a speech in 1934

Tamil Nadu’s election results are due to be announced on Sunday, along with those of several other states including Kerala, Assam and most significantly West Bengal in eastern India.

Modi and his close aide Amit Shah have campaigned aggressively across the state, including holding dozens of rallies involving sometimes hundreds of thousands of people. 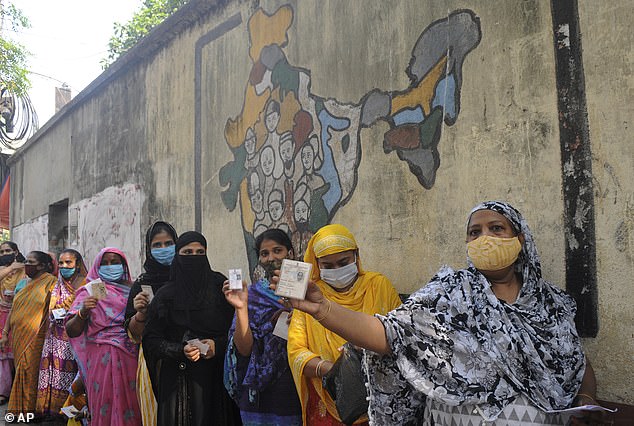 Tamil Nadu’s election results are due to be announced on Sunday, along with those of several other states including Kerala, Assam and most significantly West Bengal in eastern India (pictured, women wait to vote in West Bengal) 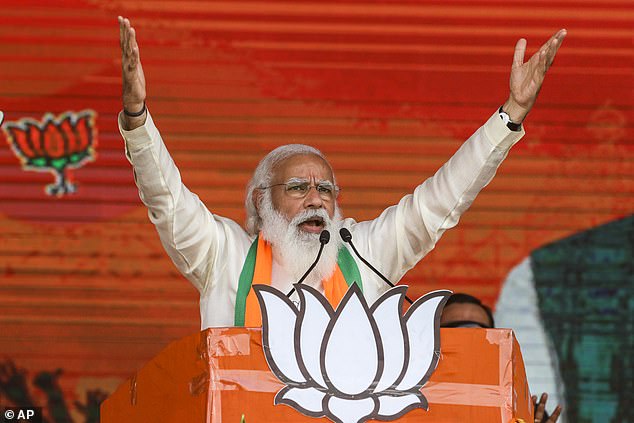 These events, as well as those held by other parties, have been blamed in part for the brutal explosion in coronavirus cases in India.

Exit polls suggested the race in West Bengal between the BJP and the ruling Trinamool Congress (TMC) of Mamata Banerjee, a fierce Modi critic, was too close to call.

But the polls indicated Modi’s BJP will retain power in Assam and secure victory in Puducherry, handing twin defeats to Congress, the main national opposition party.

In Kerala in the south, where the BJP until now has played only a bit part, a left-wing alliance was predicted to retain power with a comfortable victory over a Congress-led coalition. 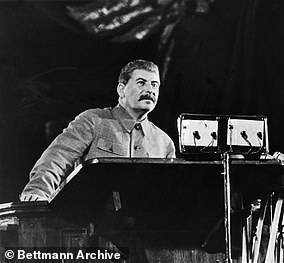 Joseph Stalin became the leader of the Soviet Union in 1924 and reigned until his death in 1953.

His rule was characterised by purges, fear, and brutal murders.

Historians estimate more than 20 million people were killed, in excess of natural deaths, during Stalin’s reign.

The first years of his rule were characterised by forced industrialisation under a Five Year Plan with goals for 50 industries.

During this period Stalin launched a program known as Dekulakisation which involved the arrest, deportation, or execution of millions of wealthy peasants. An estimated 1.8 million were killed in 1930 and 1931 alone.

Stalin then sought to consolidate his rule and had his enemies killed or put on political show trials which resulted in lengthy sentences in Siberian prisons, known as gulags.

By 1932 there were an estimated one million people being forced to labour in these gulags, rising to two million by 1935.

Stalin also used starvation to get rid of his enemies and carried out a devastating campaign against ethnic Ukrainians, killing approximately 12 million in 1932 and 1933.

Throughout his rule, Stalin ordered a series of purges, most notably between 1936 and 1938 in what became known as the ‘Great terror’.

The period involved a crackdown on political repression, especially against wealthy peasants and ethnic minorities.

But, Stalin also targeted the top echelons of the Communist Party, the leadership of the Red Army, and government officials in the purges.

Of the 139 full and candidate members of the Central Committee elected at the 17th Congress in 1934, 115 were arrested during this period.

After World War Two, in which an estimated 20 million Soviet citizens lost their lives, Stalin carried out yet another purge, this time targeting military officers.

After the war, Stalin became increasingly anti-Semitic, culminating in the Doctor’s Plot, when he accused a group of leading physicians of plotting to kill Soviet leaders.

The accusation resulted in several high ranking Jewish doctors being arrested and tortured to produce admissions.

The next step was a planned deportation of the entire bloc’s Jewish population to a gulag, but Stalin died before the scheme took place.

Stalin was denounced by his successor Nikita Krushkev in 1956, who started a de-Stalinisation of Soviet society.

elect, Joseph, Set, Stalin, to, win
You may also like: