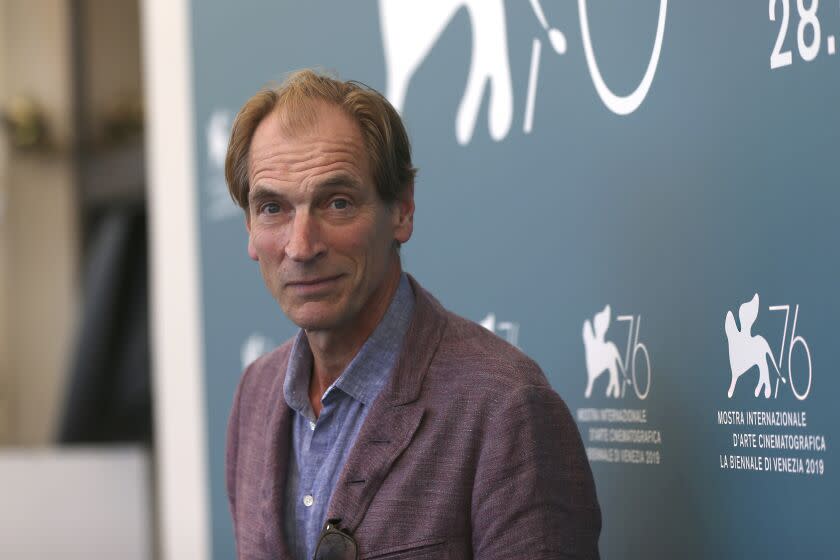 The family of Julian Sands has released a statement nearly a week after the British actor was identified as one of the two hikers who recently went missing in the San Gabriel Mountains.

On Monday, the San Bernardino County Sheriff's Department gave an update on the search for Sands, 65, who's known for films including "A Room With a View" and "Warlock."

On Twitter, the sheriff's department wrote that the search is now on its 11th day and shared a statement from the actor's family.

"Our heartfelt thanks to the compassionate members of the San Bernardino County Sheriff's Department who are coordinating the search for our beloved Julian, not least the heroic search teams listed below who are braving conditions on the ground and in the air to bring Julian home," said the statement, which named several search-and-rescue teams. "We are deeply touched by the outpouring of love and support."

On Jan. 13, a hiker was reported missing in the Baldy Bowl area of Mt. Baldy, prompting search-and-rescue efforts from the sheriff's department. Days later the hiker was identified as Sands.

As we enter day 11 of the search for Julian Sands on Mt. Baldy, we are reminded of the sheer determination & selflessness of all of the people who have aided in this search. We will continue to utilize the resources available to us. The family would like to share this statement: pic.twitter.com/owO2o97f16

In a release posted Monday, the sheriff's department said the search for Sands continued over the weekend with helicopters and drones using "infrared devices." However, "all were negative for any signs of Sands."

A spokesperson told The Times Monday that some ground crews — after being pulled off the mountain due to avalanche risks and dangerous trail conditions last week — performed a secondary search into previously searched areas. However, those teams have limited access to the summit due to the weather.

The release also said search efforts Monday will not include helicopters since a "high wind warning is currently in place."

The family's statement comes after several of Sands' Hollywood peers voiced their support for the actor, an avid mountaineer who has spoken about his love of hiking.

“#JulianSands is a wonderful man, husband, father, and friend to so so many,” actor Matthew Modine tweeted. “A gentle, kind soul. Keep candles burning for his safe return from the mountain he loves.”

“I’ve known since Friday that my friend Julian Sands has been missing on mt baldy,” tweeted Cassian Elwes, movie producer and brother of actor Cary Elwes. “I’m devastated. A very close family friend who was an adventurer in everything he did. I’ve said many prayers.”

Sands is also known for the films "Gothic," "Siesta" and "Vibes." His television credits include "24," "The Blacklist," "Banshee," "Jackie Chan Adventures" and "Gotham."