KAMALA Harris faced backlash for a Memorial Day tweet that failed to mention fallen soldiers or the military.

"Enjoy the long weekend," the Vice President tweeted alongside a smiling picture of herself, without acknowledging the role of the holiday in commemorating fallen soldiers of the U.S. army. 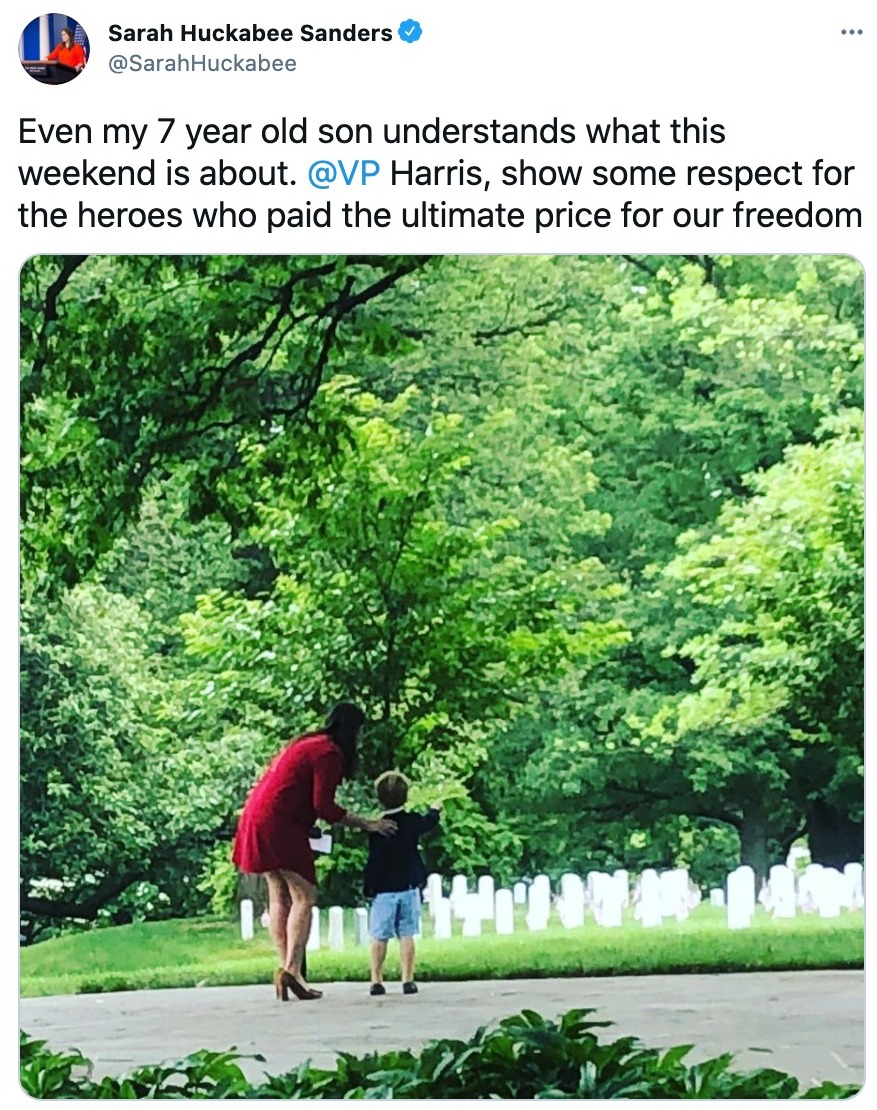 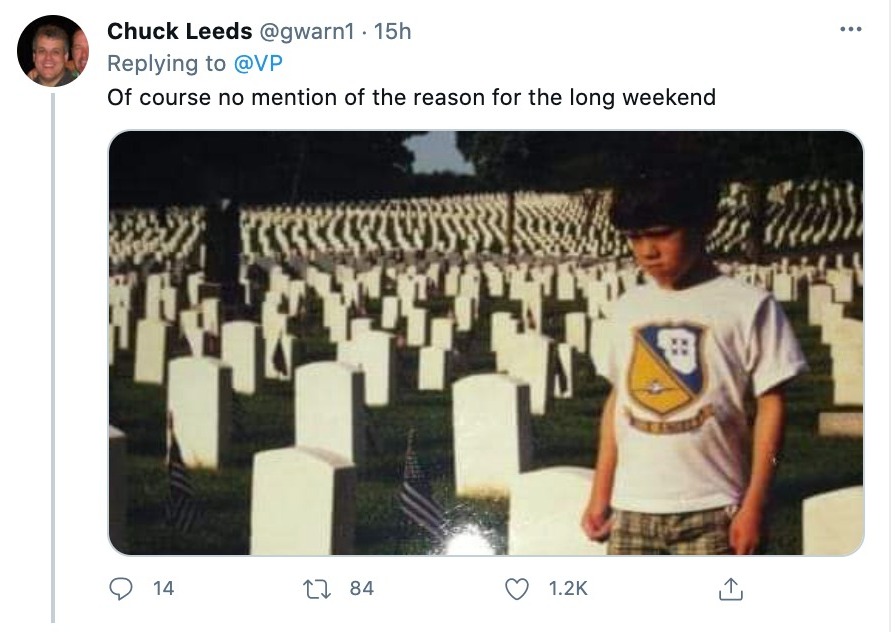 "We enjoyed having a president and VP who respected America’s heroes," wrote Jenna Ellis, the senior legal advisor to President Trump, alongside a picture of the former President.

In a now deleted tweet, GOP Rep. Adam Kinzinger also blasted Harris: "Enjoy your freedom purchased by many who died for it. Tone deaf."

Trump's former press secretary Sarah Huckabee Sanders also chimed in: "Even my 7 year old son understands what this weekend is about.

"@VP Harris, show some respect for the heroes who paid the ultimate price for our freedom."

Paul Szoldra, Editor-in-chief of Task and Purpose, a publication for and by the military, called Harris' tweet a "real misfire" and linked to a document listing U.S. military casualties in 2020.

"It is a long weekend. It’s also Memorial Day weekend, which means far more that our government officials should acknowledge: a time to remember and honor the millions of Americans who lost their lives in our nation’s defense," he continued.

Harris returned to Twitter 16 hours later after to correct her mistake and pay tribute to fallen soldiers.

"Throughout our history our service men and women have risked everything to defend our freedoms and our country.

"As we prepare to honor them on Memorial Day, we remember their service and their sacrifice," the tweet read. 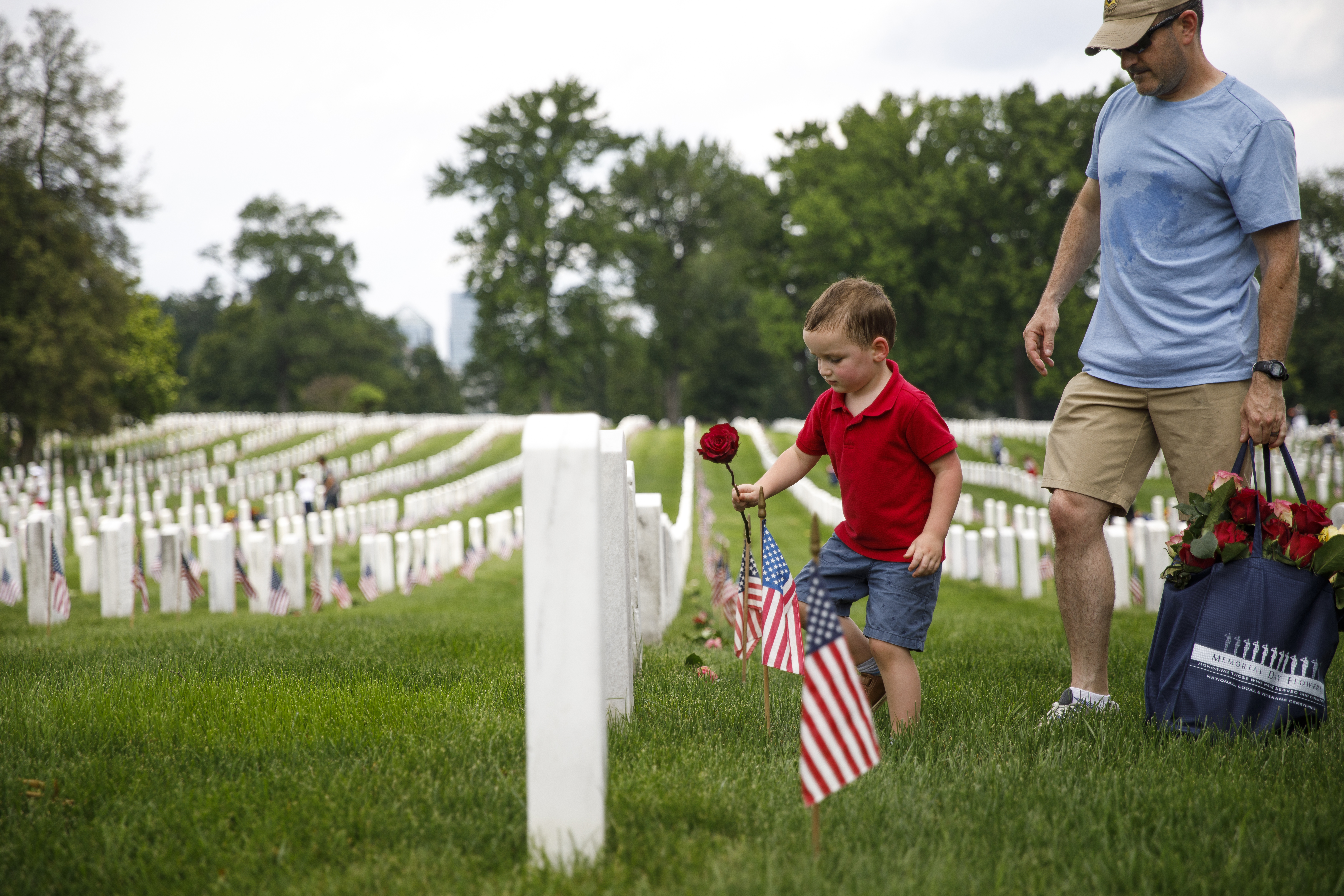 A comment she made during the address about female empowerment was also met with criticism.

"Just ask any Marine today, would she rather carry 20 pounds of batteries or a rolled up solar panel? And I am positive she will tell you a solar panel, and so would he."

Video of Harris' joke was shared widely on Twitter and met with some backlash.

"Cringe alert," Johnson wrote on Twitter, along with a clip of Harris' speech. "Kamala Harris tells woke joke about a female Marine at the Navy Adademy – IT BOMBS.

"The Biden humiliation of our Military continues."

blasted, for, Harris, kamala, tone
You may also like: