Kate Middleton, now known as the Princess of Wales, has shared the “sweet” reaction Prince Louis had to hearing that Queen Elizabeth II had died earlier this week.

A video has captured the moment the royal gave an insight into how how she had broken the sad news to her three children of their great-grandmother’s passing on Thursday.

Prince William’s wife revealed to a well-wisher during a walkabout outside Windsor Castle on Saturday how4-year-old Louis had consoled her in response.

“My little Louis is just so sweet,” she shared. “He said, ‘Mummy don’t worry, because she is now with great-grandpa.'” 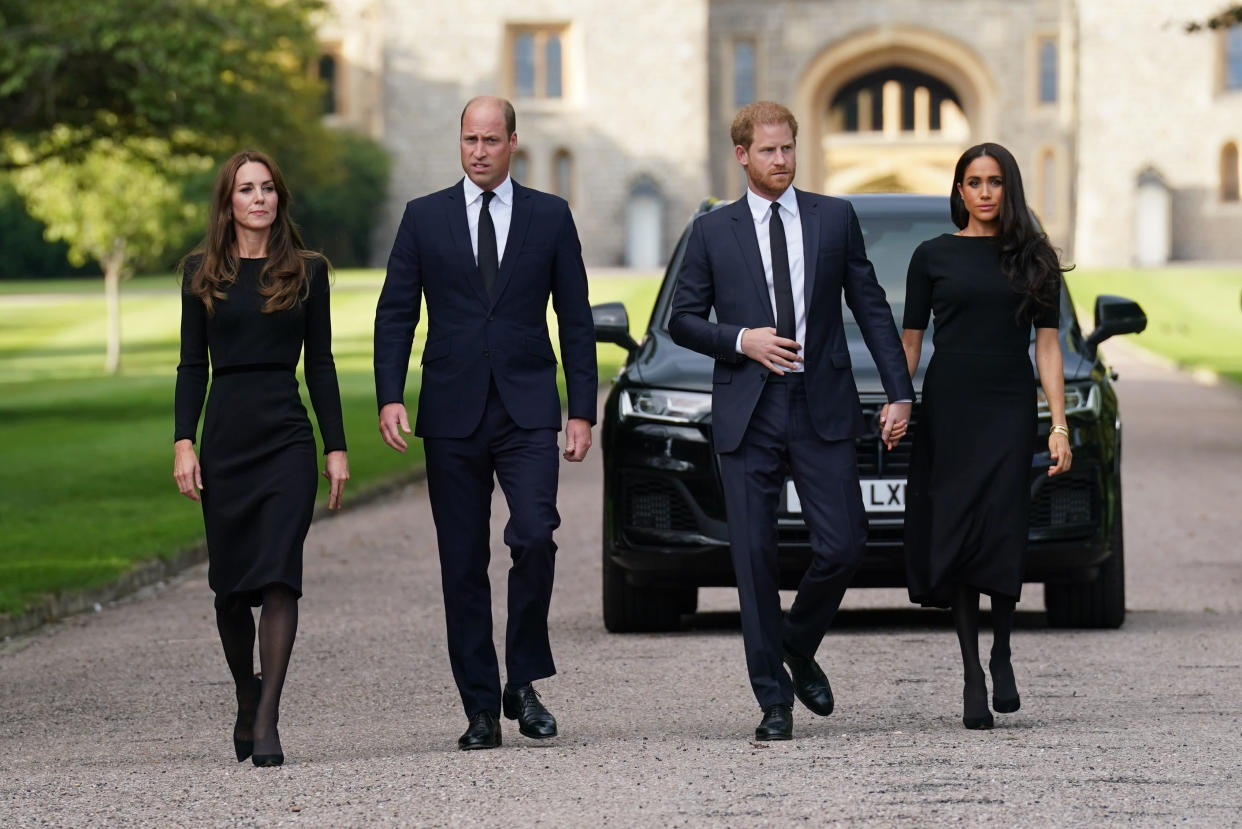 Toward the end of the clip, which has been shared on TikTok and viewed more than 1.7 million times, the princess appears to be trying to hold back tears.

Her children — Prince George, Princess Charlotte and Prince Louis — are three of the queen’s 12 great-grandchildren.

On Saturday, Kate joined her husband William, as well as Prince Harry and Meghan Markle, to greet the crowds that had gathered outside Windsor Castle to pay their respects.

It came shortly after the Prince of Wales — who has become the official heir to the throne on the ascension of his father, King Charles III — released a heartfelt statement that paid tribute to “Grannie.” 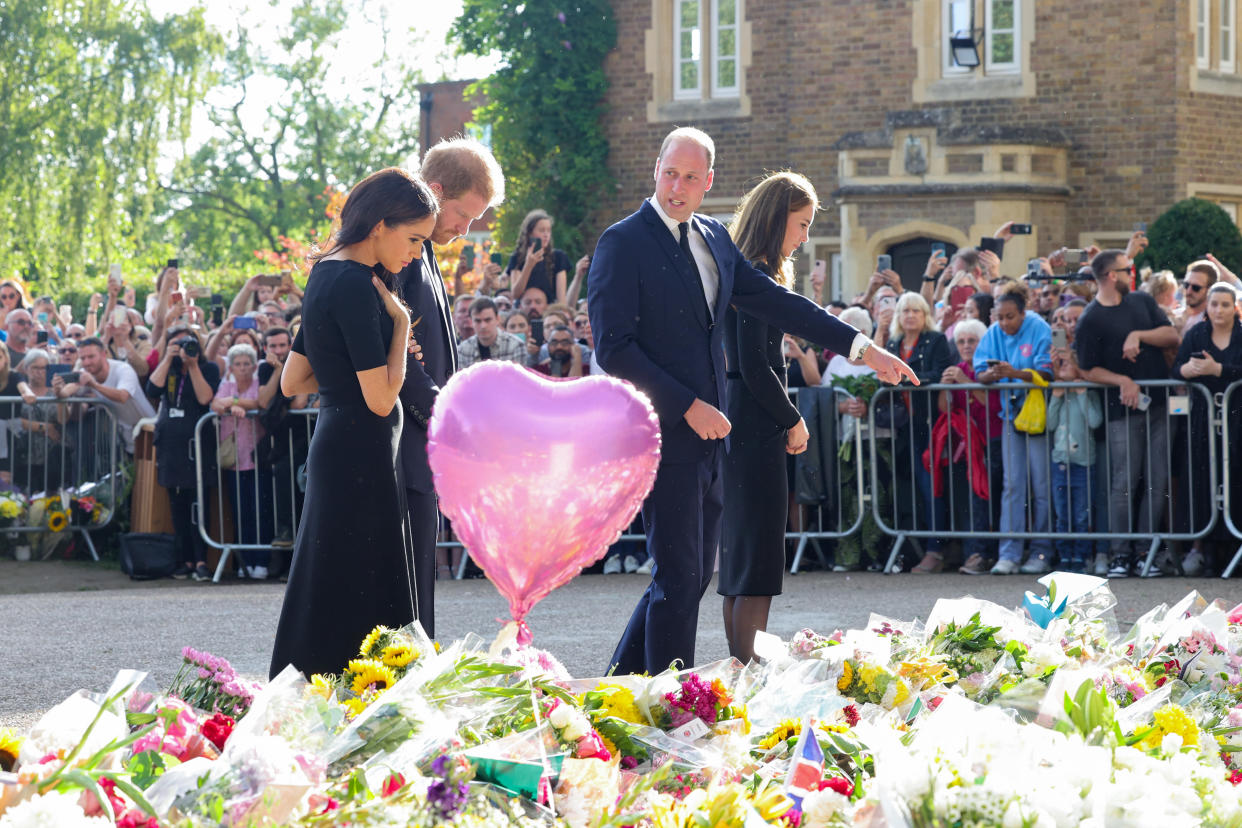 The message, which was posted on Instagram, read: “On Thursday, the world lost an extraordinary leader, whose commitment to the country, the Realms and the Commonwealth was absolute. So much will be said in the days ahead about the meaning of her historic reign.

“I, however, have lost a grandmother. And while I will grieve her loss, I also feel incredibly grateful. I have had the benefit of The Queen’s wisdom and reassurance into my fifth decade.

“My wife has had 20 years of her guidance and support. My three children have got to spend holidays with her and create memories that will last their whole lives.

“She was by my side at my happiest moments. And she was by my side during the saddest days of my life. I knew this day would come, but it will be some time before the reality of life without Grannie will truly feel real.” 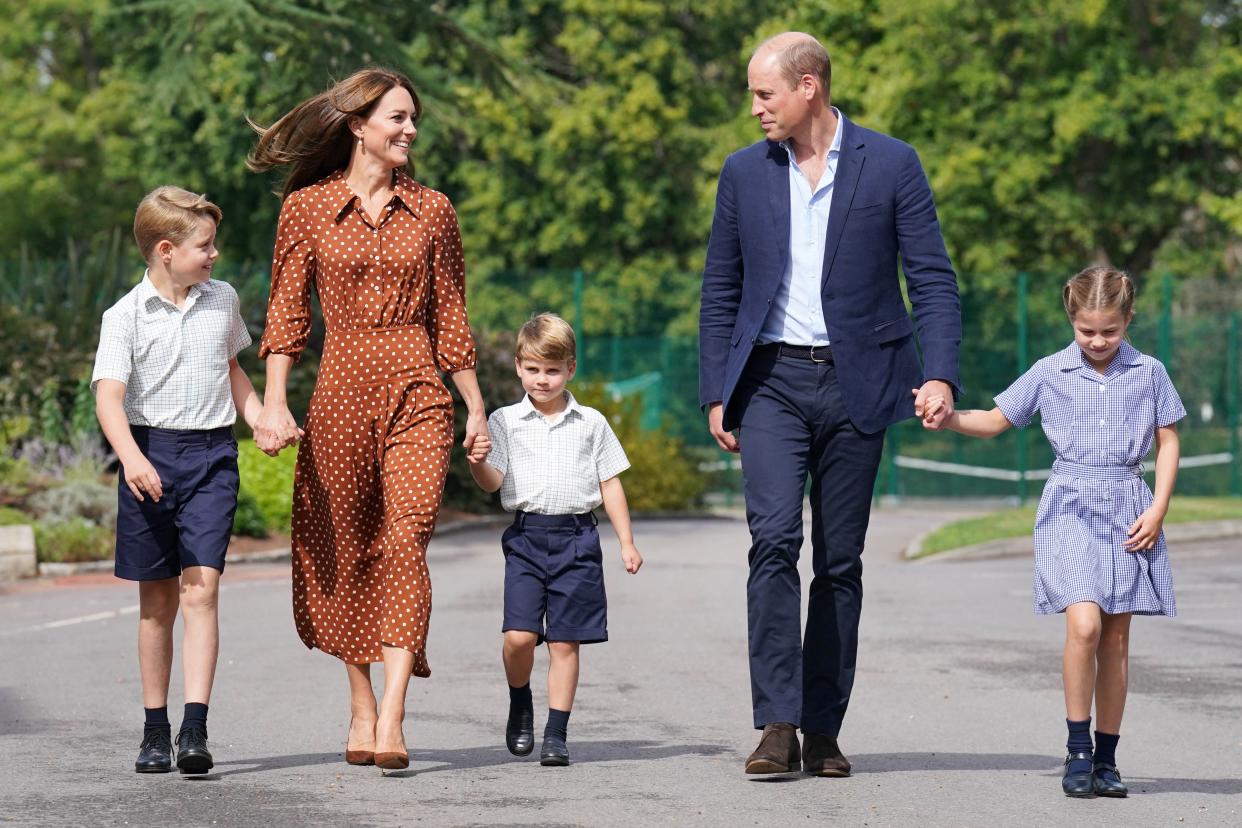 The prince added: “I thank her for the kindness she showed my family and me. And I thank her on behalf of my generation for providing an example of service and dignity in public life that was from a different age, but always relevant to us all.

“My grandmother famously said that grief was the price we pay for love. All of the sadness we will feel in the coming weeks will be testament to the love we felt for our extraordinary Queen. I will honor her memory by supporting my father, the King, in every way I can.”

Earlier this week, Kate and William were pictured accompanying their three children on their first day of school.

The queen passed away, aged 96, on Thursday afternoon at her Scottish residence of Balmoral in Scotland, where she had been spending the summer.