Katie Piper’s acid attacker has gone on the run after being recalled to jail for breaching his license conditions, with police launching an urgent hunt to track the criminal down.

Stefan Sylvestre, from Shepherd’s Bush, west London, was given a life sentence in 2009 for the attack which left former model Katie Piper, then 24, with horrific injuries.

He was released on parole in 2018, at age 30, but has now been warned that he faces more time in jail after going missing while on licence.

A Probation Service spokesman said: ‘We are urgently working with the police to bring the offender back to prison where he’ll face longer behind bars.’

Katie Piper, now 38, was left fighting for her life after her obsessive ex-boyfriend Daniel Lynch arranged for then 19-year-old Sylvestre to throw sulphuric acid at her in Golders Green, north London in 2008.

Lynch was jailed for life with a minimum of 16 years for sexually assaulting Katie and telling Sylvestre to throw acid over her. He cannot be considered for release until 2025. 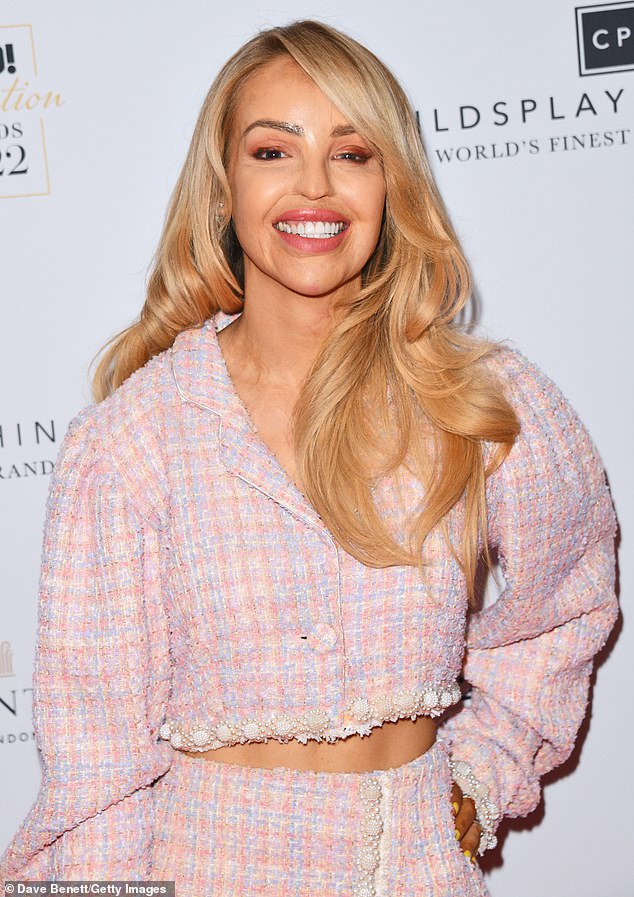 Katie Piper (pictured last week) was left with horrific injuries after Stefan Sylvestre, then 19, threw acid at her in 2008 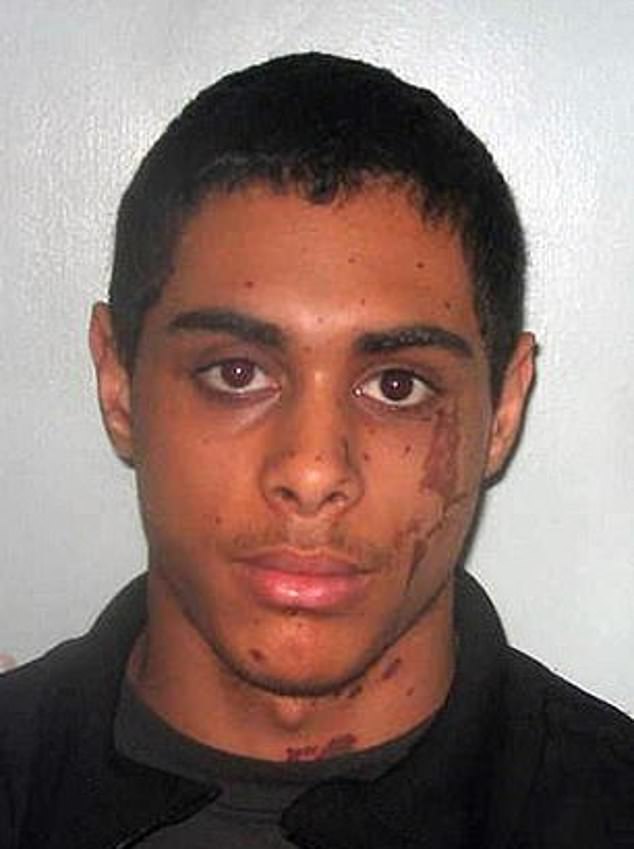 Sylvestre (pictured) was given a life sentence in 2009 for the attack and released on parole in 2018. He has now gone missing after being recalled to jail for breaching his license conditions

The pair had dated briefly before steroid-fuelled martial arts fan Lynch, who had a previous conviction for pouring boiling water over a man, became obsessively jealous.

In court, Lynch and Sylvestre were told by Judge Nicholas Browne QC that they were ‘the face of pure evil’.

Sylvestre was sentenced to life with a minimum of six years and became eligible for parole in 2015. At the time he was deemed unfit for release but a further application in 2018 was successful and he was freed, but ordered to stay away from Katie.

In 2019 he was recalled to prison over a string of car thefts but got parole again in 2020 and was released after prosecution errors came to light.

Sylvestre was in the process of again being recalled to prison for breaching his license conditions when he went on the run from the police, the Mirror first reported.

Model and TV presenter Katie had to wear a mask after the attack and needed 40 operations to treat her severe burns in a long and painstaking process which included pioneering surgery which completely removed the damaged skin from her face and replaced it with a substitute. 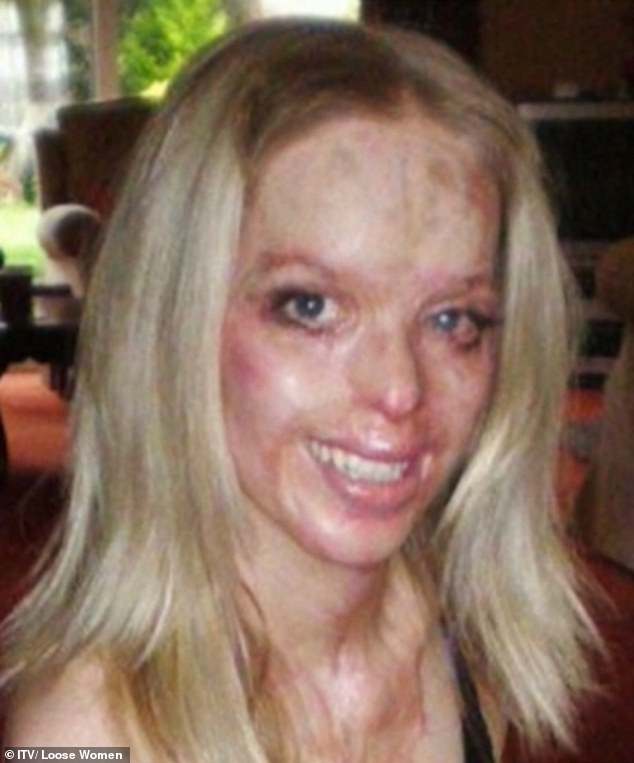 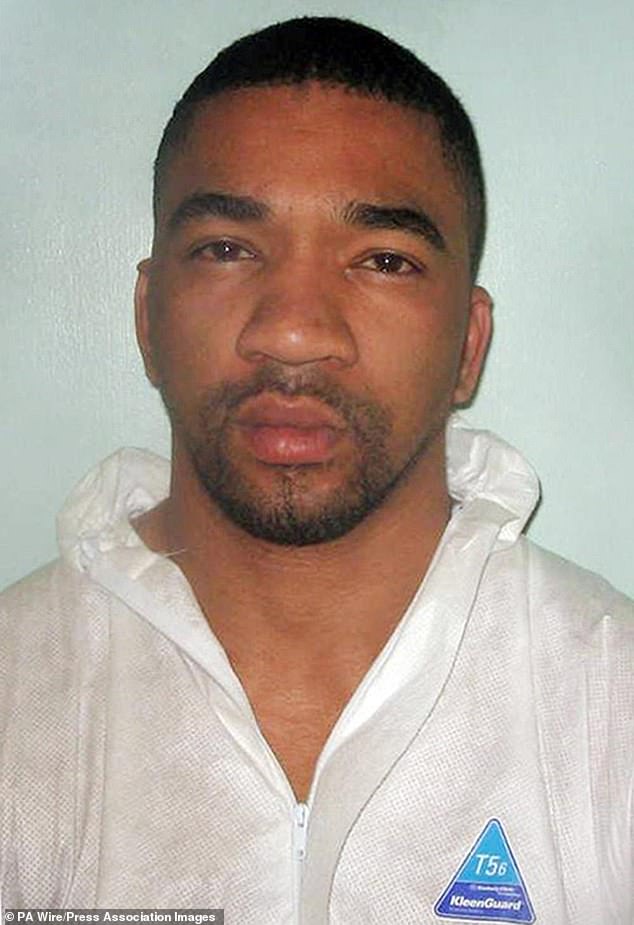 Daniel Lynch (pictured), who ordered the attack, cannot be considered for release until 2025

In July 2019, 12-years after the attack, she had further surgery to cauterize the blood vessels in her left eye. She was again rushed to hospital for emergency surgery in August this year after she was left in ‘extreme pain’ and her husband Richard Sutton noticed a black spot in her eye.

In her heart-rending victim impact statement in the aftermath of the attack, Katie said: ‘When the acid was thrown at me, it felt like I was burning in hell. It was an indescribable, unique, torturous pain.

‘I have lost my future, my career, my spirit, my body, my looks, my dignity – the list goes on.

‘All I am left with is an empty shell. A part of me has died that will never come back. This is worse than death.’

In October 2019 she bravely shared a graphic image online displaying the terrible injuries she sustained after being doused with sulphuric acid. 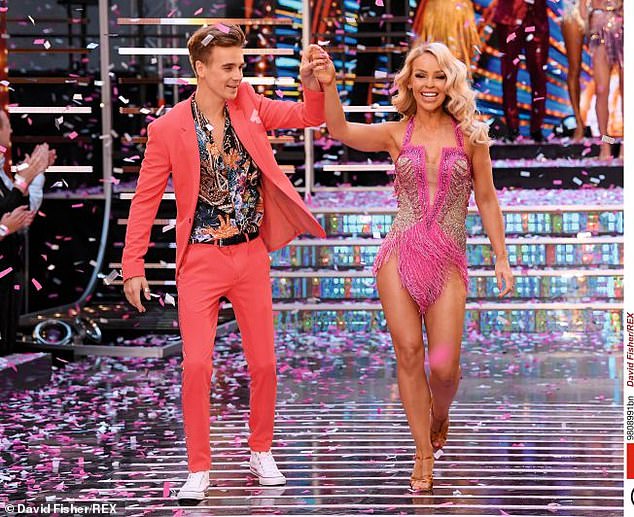 Since the ordeal Katie has rebuilt her life, featuring on numerous TV shows, including a 2009 documentary about the impact of the attack. She also featured on the hit BBC show Strictly Come Dancing in 2018 (pictured) 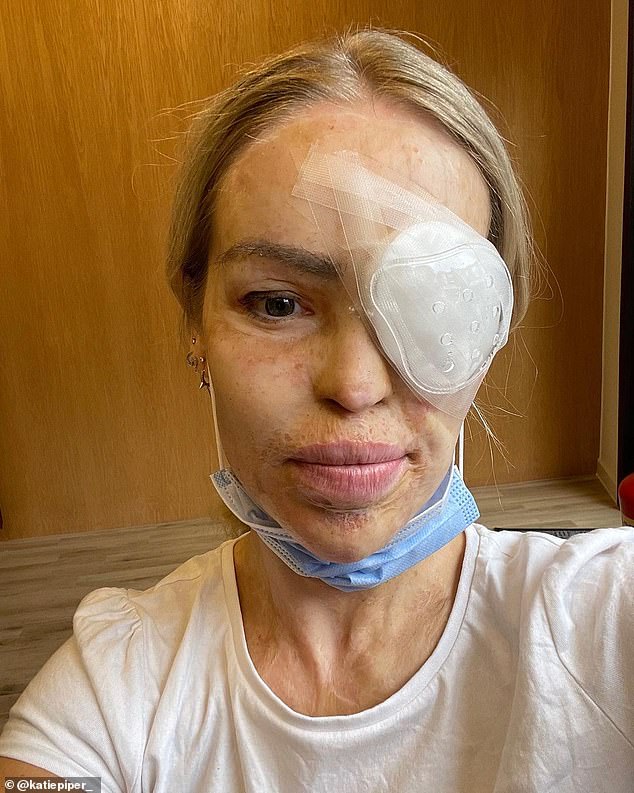 ‘I remember when I was scared of the world.

‘I remember when opening up to people and talking about my trauma and psychological damage just wasn’t possibly.’

Since the ordeal Katie has rebuilt her life, featuring on numerous TV shows, including a 2009 documentary about the impact of the attack.

She has also took part in the hit BBC show Strictly Come Dancing in 2018 and launched the Katie Piper Foundation to raise awareness for other victims of burns and other disfigurement attacks and injuries.

This year she was awarded an OBE for charity and burns services in the New Year Honours.

The mother-of-two described it as ‘a wonderful privilege’ to receive an OBE from Princess Anne at Windsor Castle in February.