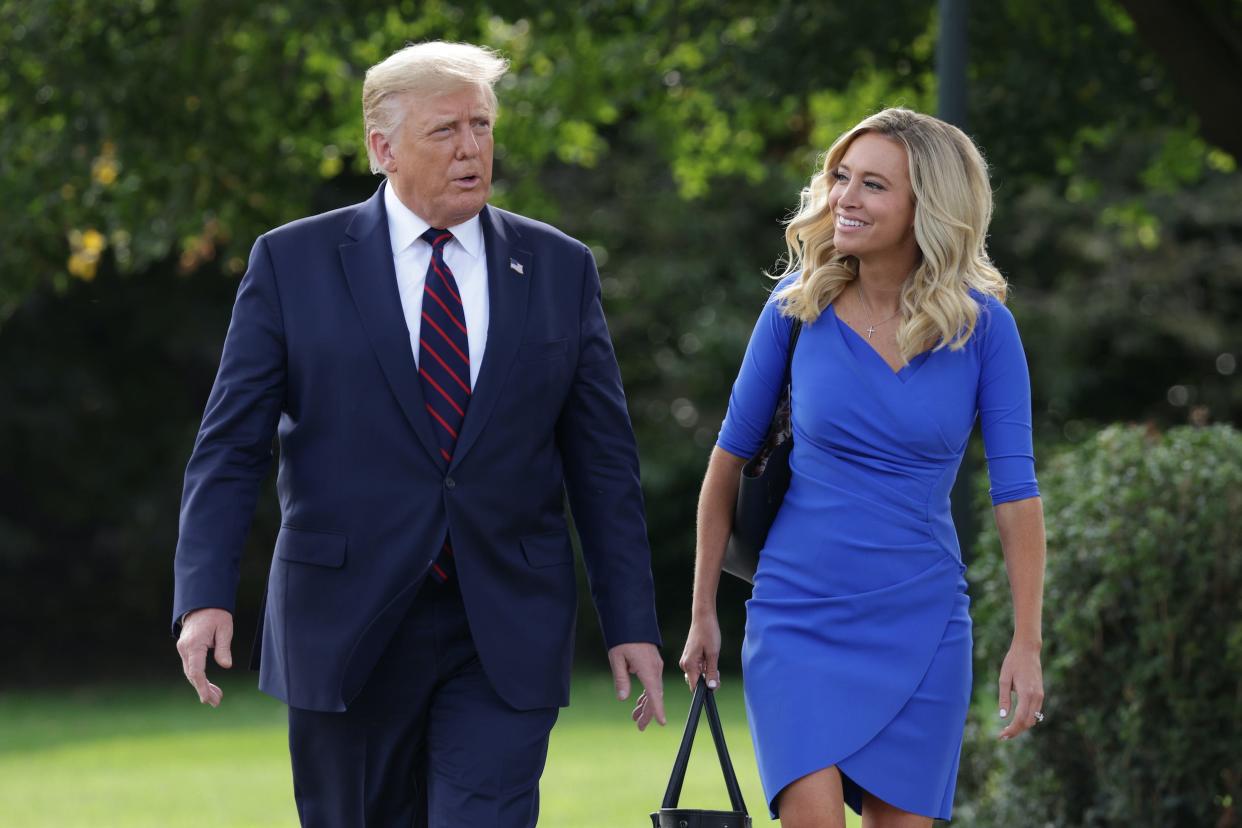 The aide, Sarah Matthews, was serving as the White House deputy press secretary at the time of the 2020 election. The House committee investigating the Capitol riot released a new transcript of her testimony, which included Matthews's description of how White House press secretary Kayleigh McEnany was managing the president in the weeks after the election.

"I know that post-election, she did try to actively avoid the president," Matthews said of McEnany, according to the transcript, adding that Trump "wanted her to do briefings from the podium about the campaign, and wanted her to talk about Dominion."

Dominion Voting Systems, which provides election technology, was at the center of conspiracy theories about election fraud that were pushed by Trump and his allies. Dominion has since brought defamation lawsuits against several Trump allies, including Rudy Giuliani, Mike Lindell, and Sidney Powell, as well as Fox News.

But McEnany, instead of addressing the claims involving Dominion in an official White House briefing, "tried to limit her interactions" with Trump, according to Matthews.

Matthews testified that McEnany confided in her she was avoiding the president specifically because he was making those requests. She also said McEnany was not comfortable addressing the Dominion claims because it would be a "blatant violation of the Hatch Act to do that from the White House podium." The Hatch Act bans executive branch employees from participating in political activities in their official capacity.

Matthews added that McEnany did continue doing media interviews about the claims of election fraud because she felt she could "make the divide between her government position and doing things in her personal capacity." McEnany was serving as both the White House press secretary and Trump's campaign spokesperson at the time.

During an appearance on Fox News at the time, host Neil Cavuto cut away from an interview with McEnany as she pushed unsubstantiated claims of election fraud. In another Fox News interview after the election had been called for Biden, McEnany said Trump would be attending his "own" inauguration.

The transcript of Matthews' testimony was released by the January 6 committee on Thursday, along with the testimony of Chris Krebs, Mark Esper, and others.