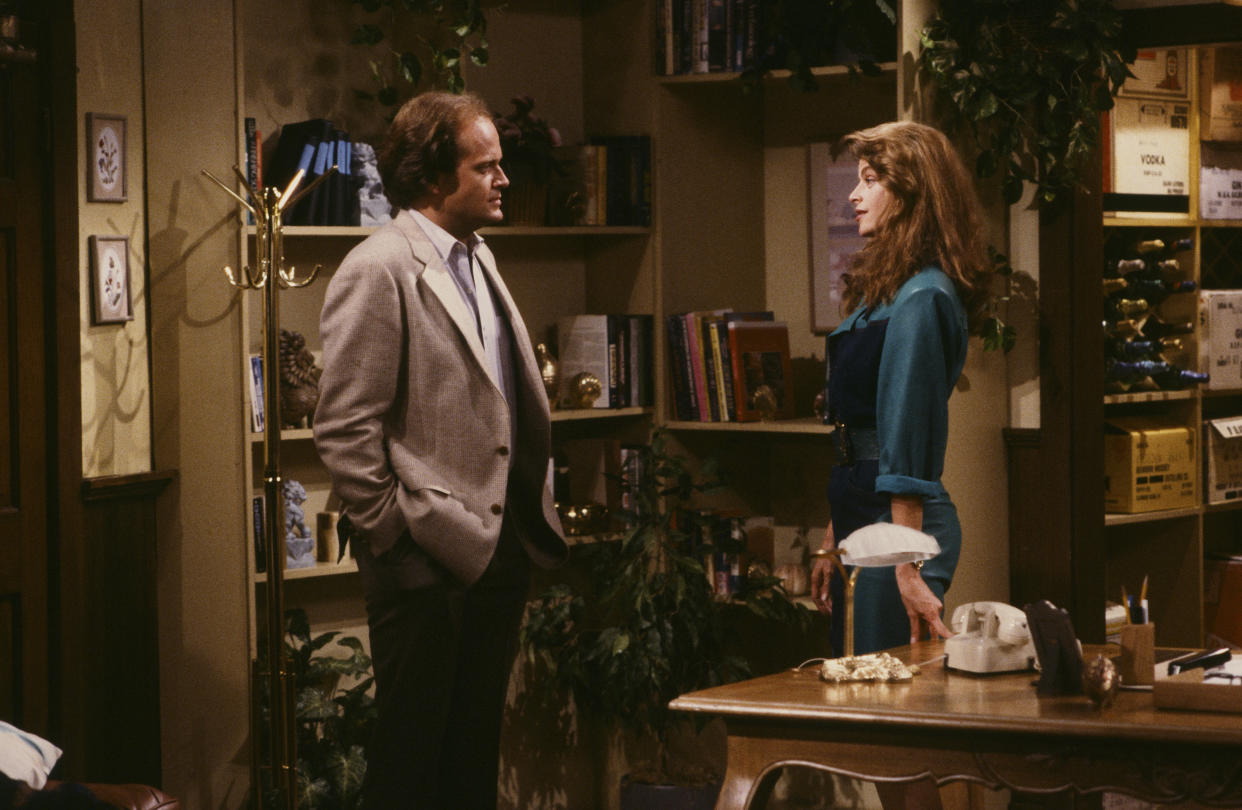 Kelsey Grammer remembers Cheers co-star Kirstie Alley as "one of the funniest people I'd ever known," someone who "always made me laugh."

They worked on the NBC hit together for six seasons in the late '80s and early '90s, after Alley stepped in as lead actress in 1987, following the departure of Shelley Long. Alley's character, Rebecca Howe, was the bar manager and a love interest of bar owner Sam Malone, played by Ted Danson.

"I always felt close to her. She was very supportive of me back in Cheers days when I was having a bit of an issue with drugs and the law, so to speak," Grammer tells Yahoo Entertainment before chuckling. "But other than that, I just got a kick out of her."

Grammer, who became a cast member at the beginning of the third season, says he immediately sensed that Alley's addition was a win.

"When she joined Cheers, I thought to myself, 'Well, this is a show. It's gonna become more popular than it was before,'" Grammer says. "She came in, and she had such energy and such beauty as well, natural qualities that made her a lovely person as well as a nice girl to look at, you know, which was still something that we cared about then. Without embarrassment, yeah, I thought she was a really beautiful woman and she was delightful along with it. And that's a rare combination. And she just always, always kept things alive and bubbly and creative." 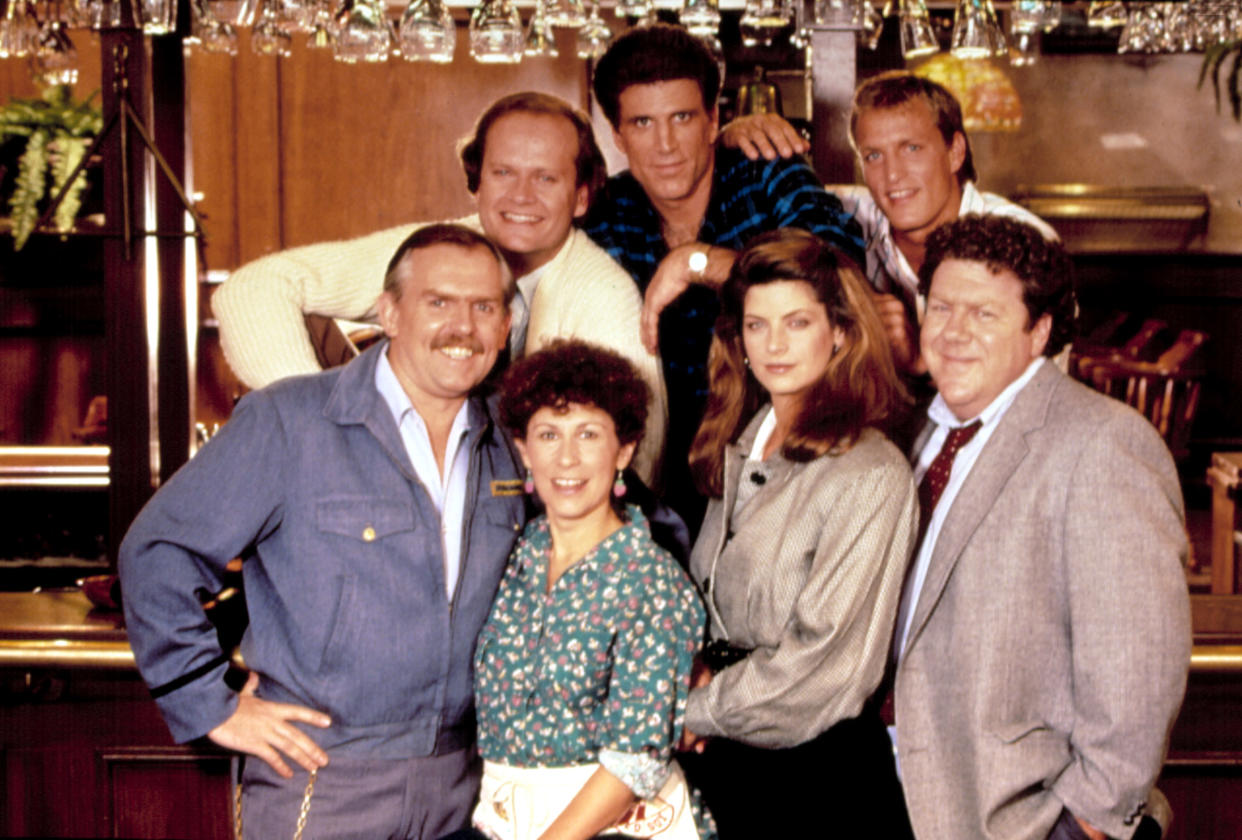 Grammer laughs as he cites just one memorable moment with Alley.

"She once said to me… oh gosh, it's inappropriate," he says, "but she said that she dedicated herself to spending as much money on flowers each week once she stopped doing something else that wasn't so good for her."

In fact, the show had performed strongly after its first season. It was part of NBC's original Must-See TV lineup, pulling in millions of viewers each week.

Grammer, whose latest gig is hosting Stage Access, a streaming service dedicated to the performing arts, thinks people connected with Cheers for many reasons.

“It was a celebration of the chosen family you have and it happened to be set in a bar, which was a familiar scene for a lot of Americans at the time," he says. "It was good natured, though, and it was headed by Ted Danson — such an affable guy."