Footballers under 12 will be sent off if they deliberately head the ball to stop a goal in a new scheme designed to reduce instances of brain damage in the sport.

The FA has sent the fresh guidelines to grassroots teams aged six to 12 that will penalise players that head the ball more harshly depending how much the action affects the game.

The guidelines stipulate that if a player deliberately heads the ball then an indirect free kick will be awarded to the opposing team, but if the offence stops a goal, the player will be sent off.

The pilot project is designed to stop youngsters from heading the ball in training and matches for the rest of the 2022/23 season.

The scheme, which has been criticised by grassroots coaches as a ‘mess’, comes as research has linked the repeated heading of a football with neurodegenerative disease which some ex-players have died from.

In order to enforce the new rules, referees will give players who deliberately head the ball in certain circumstances a red or yellow card. 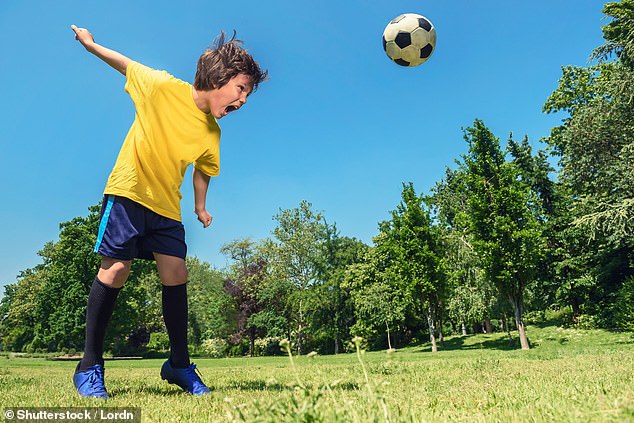 A new FA pilot scheme will penalise players between the ages of six and 12 if they head the ball during a game, giving a free-kick if they do it without gaining an advantage but in more sever cases, such as stopping a goal, the offender will be sent off

The most severe punishment will be a player aged between six and 12 being sent off if they deny the opposing side a goal by deliberately heading the ball.

This is akin to a player deliberately using their hand to stop a goal-bound shot.

Yellow cards will be shown to a player if they stop a ‘promising opposition attack’ by deliberately heading the ball. A child who ‘persistently offends’ during a game will also be booked.

Mike Statham, an U12s coach for Hessle FC in Hull, posted on social media: ‘The new law in grassroots football is going to ruin the game.

‘Kids between U7-U12 can no longer head the ball deliberately in a game, if they do it could be a yellow or red card (situation dependant).

‘You say it’s going to encourage teams to stay on the ball…have you met some grass roots coaches? All its going to do is encourage long balls over the top because they know it can no longer be defended against.

‘Heading is a natural reaction in football. This trial is going to be an absolute mess.’

One dad commented: ‘For an 11-year-old heading has been part of the game up until now.

‘It is only natural for some of them to instinctively head the ball during a game and for that they could be sent off. It seems very harsh.’ 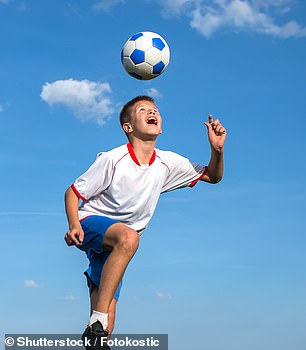 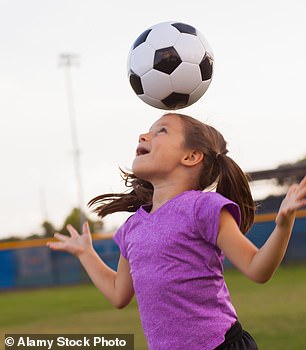 The scheme has been criticised by grassroots coaches as a ‘mess’, but it comes as research links the repeated heading of a football with neurodegenerative disease which some ex-players have died from.

However, five members of England’s 1966 World Cup-winning team went on to develop dementia, and this has been linked to a lifetime of heading footballs.

In 2002 ex-footballer Jeff Astle, 59, died from a degenerative brain disease that an expert told his inquest was likely to have been exacerbated by heading a football throughout his 18 year career.

A spokesman for the FA said they had consulted the International Football Association Board over how the new rules on heading should be enforced.

He confirmed that children aged under 12 who take part in the trial will be issued with a red card if they head the ball during a goal-scoring attempt.

He said: ‘There’s not enough information on whether there are any long term effects of heading.

‘We want to mitigate against any potential risks and implement restricted heading. We lobbied IFAB for this and it is up to them to make the law.’

After the trials are completed the FA hope to roll out the heading rule to all players under 12.

‘The Laws do not distinguish between different offences or different age groups.’