Knife attacker, 53, is jailed for life for murdering woman, 59, and trying to kill her 85-year-old aunt 31 years after he was cleared of the crimes and went on to kill again

A double murderer who was acquitted in the nineties and went on to kill again has been jailed for life in a legal first.

Rickie Tregaskis, 53, was originally cleared by a jury in 1991 of killing Barbara Griffin, 59, and attempting to kill her aunt Emma Anton, then 85, at Mrs Griffin’s home in St Helier, Jersey in August 1990.

Seven years later, Tregaskis went on to commit a further unprovoked murder of Michael Josey in Mevagissey, Cornwall, who he kicked to death after he had ‘looked at him in a funny way.’ 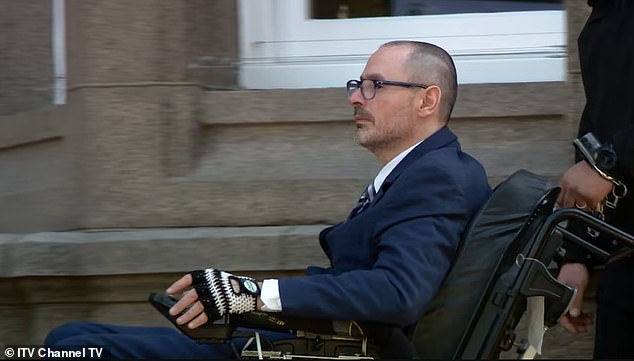 Rickie Tregaskis, 53, who suffers from Multiple Sclerosis, will now spend life in prison – the second life sentence he has been handed

The families of the victims say they have finally got justice after Tregaskis was jailed on Thursday for a minimum of 20 years.

Speaking outside the court after the verdict, Cheryl Lowe, the daughter of Mrs Griffin, said her mother could now ‘rest in peace’.

She said: ‘We’ve waited 30 years for this, 32 years almost. It means everything, my mother can now rest in peace, we’ve waited all this time and now everybody knows who murdered my mother.’ 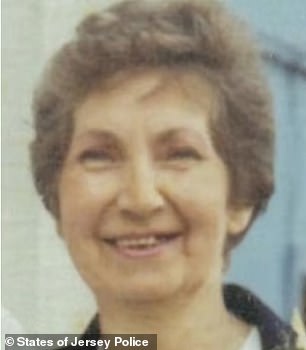 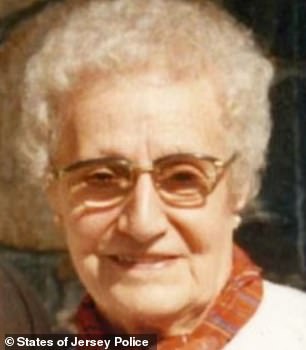 It was the first case of its kind in Jersey since the Channel Island changed its double jeopardy law in 2019, allowing a retrial after acquittal, bringing it into line with the UK.

The killer, who suffers from Multiple Sclerosis, will now spend life in prison, the second life sentence he has been handed.

During a trial in May this year, the Royal Court in Jersey heard that Tregaskis entered Mrs Griffin’s ground floor flat, which her aunt was visiting, on the night of 2 August 1990.

He stabbed Ms Anton in her sleep during a frenzied attack as Mrs Griffin bravely tried to save her aunt.

The 85-year-old miraculously survived after being stabbed repeatedly in her left side but Mrs Griffin received a fatal wound to her heart while rushing to her rescue.

Though police arrested Tregaskis and charged him with the killing and assault five days later on 7 August 1990, a jury unanimously found him not guilty in his 1991 trial.

But this week, 31 years after the crime, Tregaskis was finally convicted of murder and attempted murder following a 2012 cold case review and re-investigation.

It comes after an eight-day retrial at the Royal Court, where the jury found him guilty by a majority verdict. 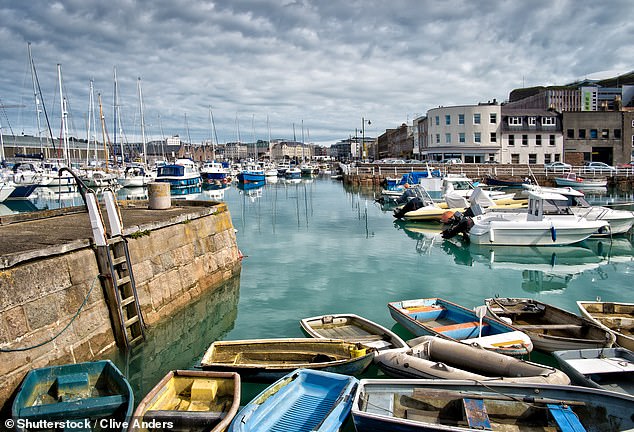 Mrs Griffin lived in St Helier, Jersey, where the law has recently changed to allow a retrial following acquittal

As part of the sentencing hearing on Thursday, Gary Wyatt, Mr Josey’s nephew, said his uncle would have still been alive if justice had been served first time around.

‘I hope he is given a whole-life term to ensure he never sets foot outside prison again,’ Mr Wyatt said.

‘I know he now has a disability but he also has psychopathic tendencies and I still believe he is a danger to the public.

‘After he had been released for other offences in the past he went on to attack people. And there could still be offences out there which he has never been convicted of.

‘I do believe that if he is ever released he will attack again – he has nothing to lose.

‘I hope the sentencing judge today also understands that if Tregaskis had been convicted the first time around then my uncle would still be alive today.’

The case was referred to the Jersey Court of Appeal earlier this year, which subsequently quashed the acquittal, beginning a new trial on 26 April 2022.

Speaking after the sentencing, a spokesperson for Jersey Police said: ‘Today’s sentencing marks the end of what has been a long and challenging re-investigation into the horrific attack in the early hours of Thursday 2 August 1990 when Emma Anton was viciously stabbed as she lay in her bed, and her niece Barbara Griffin murdered as she came to her aunt’s assistance.

‘Hopefully today’s sentence will go some significant way to help Barbara and Emma’s families feel that justice has finally been served after 32 years.

‘Tregaskis committed what can only be described as an unprovoked, vicious and cowardly act against two women, aged 59 and 85 years, in what should have been the safety of their home in the middle of the night.

‘Thankfully, due to the courage and moral fortitude of a number of people who testified during the trial, Tregaskis has finally faced justice for his heinous actions.’

Tregaskis was arrested less than a week after killing Barbara but the subsequent trial was dogged by setbacks, including the star prosecution witness refusing to attend and fleeing to the UK.

After his release, he continued his life of violent crime and was later jailed for six and a half years for a number of offences, including stabbing a doorman.

Tregaskis was released on licence in February 1997 on the condition he lived with his father in Mevagissey, where just weeks later he kicked Mr Josey to death. 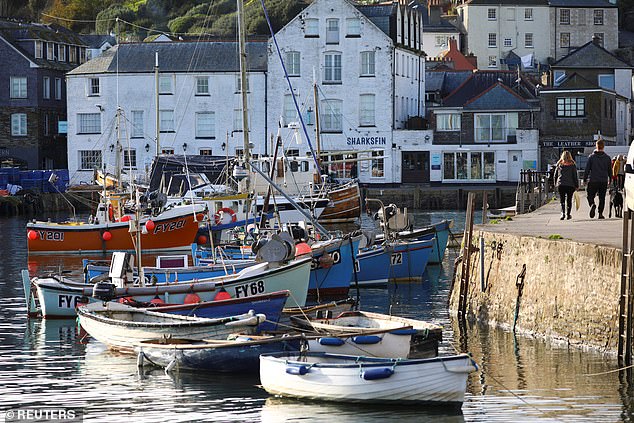 Tregaskis was released on licence in February 1997 on the condition he lived with his father in Mevagissey, where just weeks later he murdered again

He was sentenced to life in 1999 with a minimum tariff of 20 years but remains in prison after he was refused parole.

Senior Investigating Officer, Lee Turner added: ‘Over the years that this investigation took place, Barbara and Emma’s families have demonstrated patience, understanding and support to the police for which I’m extremely grateful, and I’m pleased that today’s sentence may help to begin their own healing process.

‘I’d like to personally express my sincere gratitude to the witnesses who testified recently, for their courage in supporting the investigation and for facing the ordeal of giving evidence in court, and to the invaluable input and support of my colleague Clyde Till who has worked alongside me throughout the entirety of this re-investigation, and without whom this outcome may very well have been different.

‘I also want to express recognition and gratitude to the original investigation team in 1990 who worked so hard to try and get justice for Barbara and Emma, and whose efforts provided a solid platform on which this re-investigation could build and develop, some of those officers sadly no longer being with us to see this conclusion.’