Labour has called on the size of juries to be cut from 12 people to seven to help clear the backlog of criminal cases waiting to come to court amid the Covid-19 pandemic.

The party called on the Government to resort to ‘wartime juries’, as were used during the Second World War when numbers were cut except for murder and treason trials, to reduce the space needed to hold socially-distanced trials.

This could also help reduce the likelihood of jurors becoming infected with coronavirus while attending court, according to Labour.

Victims of rape, murder, domestic abuse, robbery and assault are facing delays of up to four years in getting justice, the party said.

It also called for more Nightingale courts to be opened, quicker. 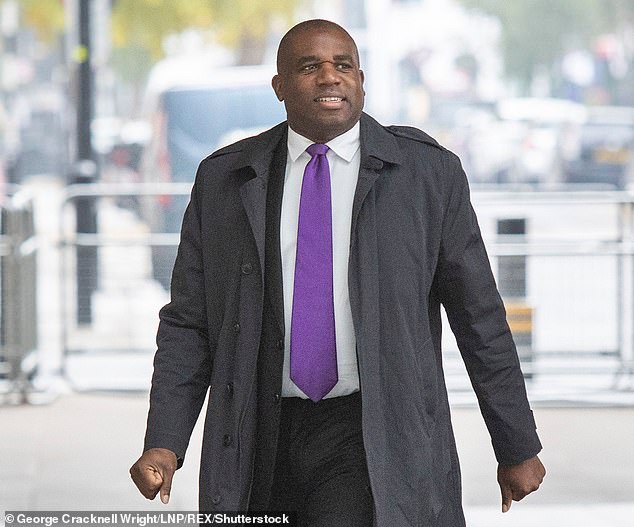 Shadow justice secretary David Lammy, pictured, has called on the size of juries to be cut from 12 people to seven to help clear the backlog of criminal cases waiting to come to court amid the Covid-19 pandemic

‘Victims of rape, murder, domestic abuse, robbery and assault are facing delays of up to four years because of the Government’s failure to act.

‘Justice cannot be delayed any further.

‘Labour is calling on the Government to tackle the backlog by speeding up the rollout of Nightingale courts and temporarily introducing wartime juries of seven until the pandemic is over.’

In June Justice Secretary Robert Buckland said he hoped to clear the backlog of court cases by Easter this year.

At the time he said he was ‘still very attracted’ by the idea of using smaller juries and also suggested jurors could take part in some trials over Zoom as he considered multiple options to keep the justice system moving.

But some legal figures have warned against cutting jury numbers.

Derek Sweeting, chairman of the Bar Council, said there was ‘no doubt’ more measures were needed to tackle the backlog but warned ‘tampering with juries’ should be a ‘last resort’.

‘Reducing the size of juries risks diluting that experience and denting confidence in our justice system,’ he added. 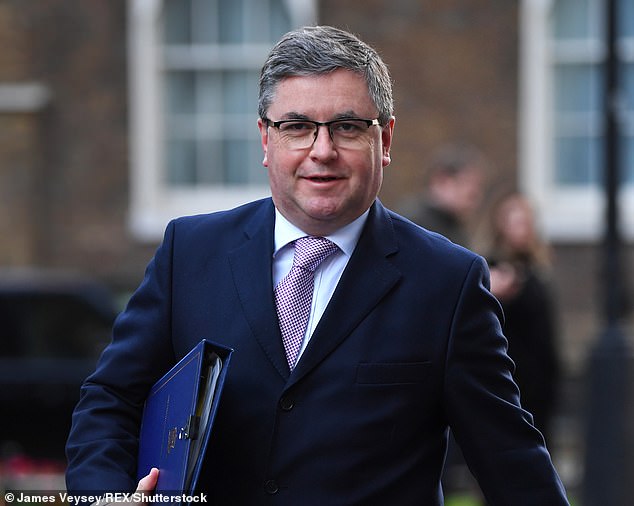 James Mulholland, chairman of the Criminal Bar Association, said more investment was needed in space and extra courtrooms instead, adding: ‘A jury of 12 must continue to be the means by which serious criminal allegations are determined and it must remain a beacon of light amidst the darkness that surrounds us.’

The calls come as a former senior judge said the backlog of court cases must not be allowed to ‘fester’.

Delays had resulted in injustice and a concerted effort was needed to deal with the problem, argued independent crossbencher Lord Woolf, who served as lord chief justice of England and Wales, in the House of Lords on Tuesday.

Last week, justice watchdogs warned the ‘unprecedented and very serious’ court case backlog poses the greatest threat to the criminal justice system in England and Wales, with four top inspectors joining forces to express their ‘grave concerns’ about the situation which has been exacerbated by the coronavirus pandemic.

The criminal courts backlog stood at 457,518 as of November, the latest available figures from the Ministry of Justice (MoJ) show. 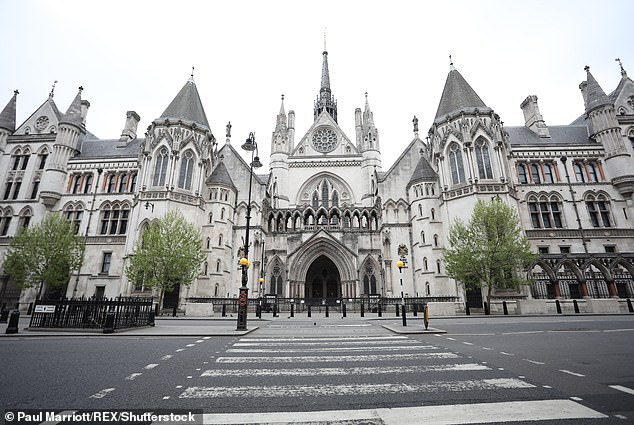 The criminal courts backlog stood at 457,518 as of November, the latest available figures from the Ministry of Justice (MoJ) show. There were 53,950 cases outstanding in the crown courts and 403,568 outstanding in the magistrates’ courts. Pictured: The Royal Courts of Justice

The overall number of outstanding criminal cases has fallen slightly since October, but is still about 100,000 higher than figures for February 2020, before the country first went into lockdown in March, according to the data.

There were 599 confirmed cases of Covid-19 among court staff and users, the judiciary and jurors across 199 court and tribunal buildings in England and Wales between November 24 and January 11, according to MoJ figures.

The Government previously said it was investing £450 million to ‘boost recovery in the courts and deliver swifter justice’, insisting this was ‘already yielding results’.

A spokesman for the MoJ said: ‘We have prioritised measures that yield the greatest impact and more courtrooms are now open for jury trials than before the pandemic.

‘This approach is already delivering results, with magistrates’ backlogs falling significantly and the number of cases being dealt with in the Crown Courts reaching pre-Covid levels last month.’