Army Lance Corporal, 30, who was badly injured when his leg got caught in mechanics of ‘overloaded’ Warrior tank’s gun during training exercise is suing MoD for £4m in compensation

A Lance Corporal in the British Army whose leg was mangled during a war game is suing the Ministry of Defence for £4million in compensation.

Yorkshire Regiment soldier Michael Milner claims he was badly injured when his leg got caught in the mechanics of an ‘overloaded’ Warrior tank’s gun during a simulation in the Canadian prairies in 2017.

As too many soldiers were apparently being carried in the armoured vehicle, its protective gun cage had to be removed and Mr Milner was allegedly caught up in the mechanism when the gunner moved it.

When he was eventually dragged from the Warrior, Mr Milner’s leg was ‘grossly swollen and deformed’. Despite years of treatment and rehab, he was discharged from the Army last month.

Mr Milner, 30, claims his injuries have left him struggling to play with his children and have ruined his career in the British Army. His lawyers say he will never be able to work a physically demanding job again.

Suing for £4million at the High Court, he claims too many soldiers had been crammed in due to another Warrior breaking down and men having to be redistributed to the working vehicles.

But the MoD denies liability for his injuries, arguing that what happened during the training exercise was exactly what would have happened on a real battlefield. 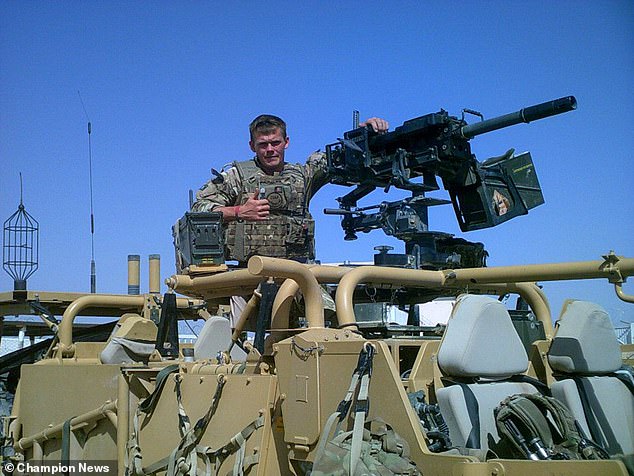 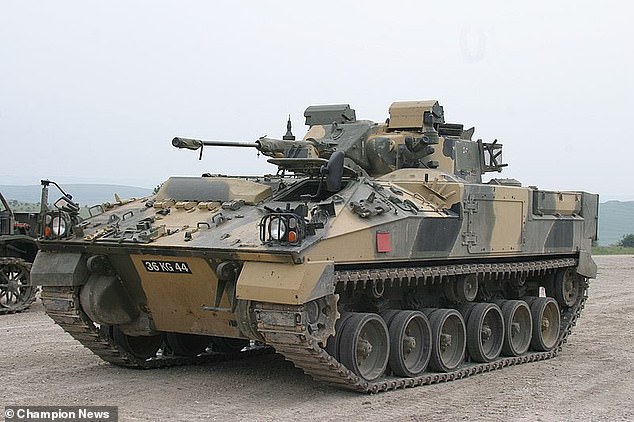 As too many soldiers were apparently being carried in the armoured vehicle, its protective gun cage had to be removed and Mr Milner was allegedly caught up in the mechanism when the gunner moved it (stock image)

Mr Milner, of Halifax, Yorkshire, and his colleagues were on a multi-day live firing exercise at the British Army Training Unit Suffield, in Alberta, when he was hurt, his lawyers say.

The exercise involved soldiers moving across the prairie in Warrior tanks, using the Next Generation Light Anti-Tank Weapon (NLAW). Six soldiers, including Mr Milner, were in the troop compartment of his vehicle, with the Warrior’s three-man crew carried in separate parts of the vehicle.

But when another Warrior broke down, a seventh man had to be carried as well, complete with his anti-tank gun, says his barrister Charlotte Law in court documents.

‘The claimant was concerned that the cramped conditions were unsafe and that it was not possible for the NLAW to be strapped down, which represented a significant risk to the compartment occupants if the vehicle were to roll.

‘Furthermore it became clear that the only way to fit seven men and the NLAW into the troop compartment would be for the gun cage to be removed and for one man to sit, unrestrained, up against the gun turret.’

Mr Milner claims to have told his sergeant major that the cage would need to be removed and someone sit against the gun turret, but was told the journey was only 12 miles and ‘he would just have to put up with it’.

However, disaster struck when the vehicle reached its destination and the gunner – despite being told to wait until Mr Milner had dismounted – automatically began to rotate the vehicle’s gun, says Ms Law. 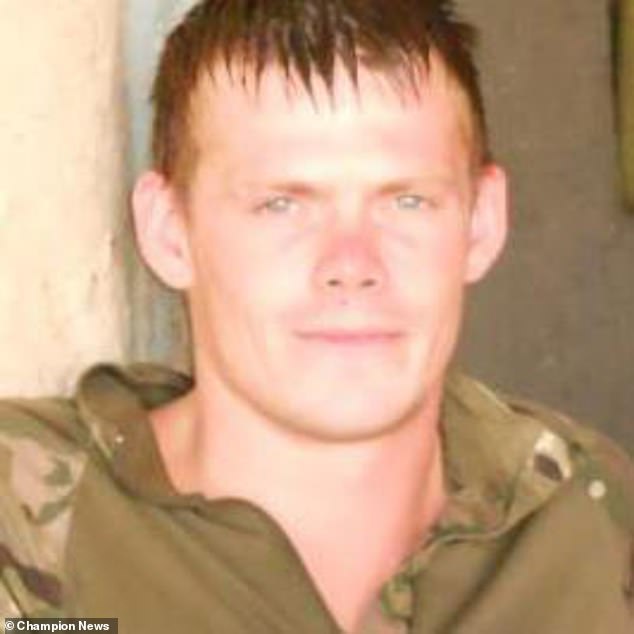 Mr Milner, 30, claims his injuries have left him struggling to play with his children and have ruined his career in the British Army. His lawyers say he will never be able to work a physically demanding job again

‘The claimant’s leg became trapped in the mechanics of the gun and was dragged with it as it rotated within the vehicle,’ she says. ‘The rest of his body was held in place because of the cramped conditions. The claimant was unable to move with the gun or to free himself.

‘When the gun stopped moving, the claimant was freed by the other soldiers in the Warrior. He was dragged out of the vehicle and attended by medics.

‘He immediately suffered severe pain in his back, right hip and thigh. Air ambulance attended and it was noted that there was concern regarding femoral shorting and rotation. The right leg was noted to be grossly swollen and deformed.’

Despite intensive treatment and rehabilitation, Mr Milner continues to suffer from the effects of the accident, now requiring a walking aid to walk any significant distance and using a hip brace. Doctors say he suffered injury to spinal nerves and now suffers from chronic pain syndrome, an adjustment disorder and other troubles which affect his daily life.

‘He is unable to assist with anything but light domestic chores,’ says his barrister. ‘His ability to lift and play with his young children has been affected. He has been unable to return to sports and physical fitness activities.’

He was eventually discharged from the Army last month and his lawyers say he will never be able to work a physically demanding job again.

Ms Law claims that the MoD was at fault for the accident in failing to adequately assess the risk of adding an extra man and weapon into the Warrior. It meant it became overloaded, causing Mr Milner to have to sit close to the Warrior vehicle’s weapon mechanics when not protected by a gun cage.

Mr Milner was ‘exposed to a foreseeable risk of injury,’ she says.

The MoD accepts that Mr Milner suffered an injury, but denies liability for what happened, disputing the claim that the Warrior was overloaded.

‘The exercise in question was a live simulation exercise,’ adds MoD barrister Simon Hilton in the written defence to Mr Milner’s claim.

‘The practice of redistributing the occupants and equipment of a broken-down vehicle by accommodating them in remaining operational vehicles would be deployed in war. It was therefore appropriate and reasonable that the same practice should be used during an exercise designed and intended to replicate war conditions.

‘Accordingly, if – which is not admitted and the claimant must prove – the vehicle was overloaded and/or the claimant was placed at some risk of injury, those matters were nevertheless reasonable in the context in which the exercise took place.’

Mr Milner’s claim was due to go ahead before a judge at the High Court this year, but has now been delayed until next year.

Corporal, injured, Lance, was, Who
You may also like: