LAPD releases video of moments leading up to fatal shooting of suspect, girl, 14, at Burlington store 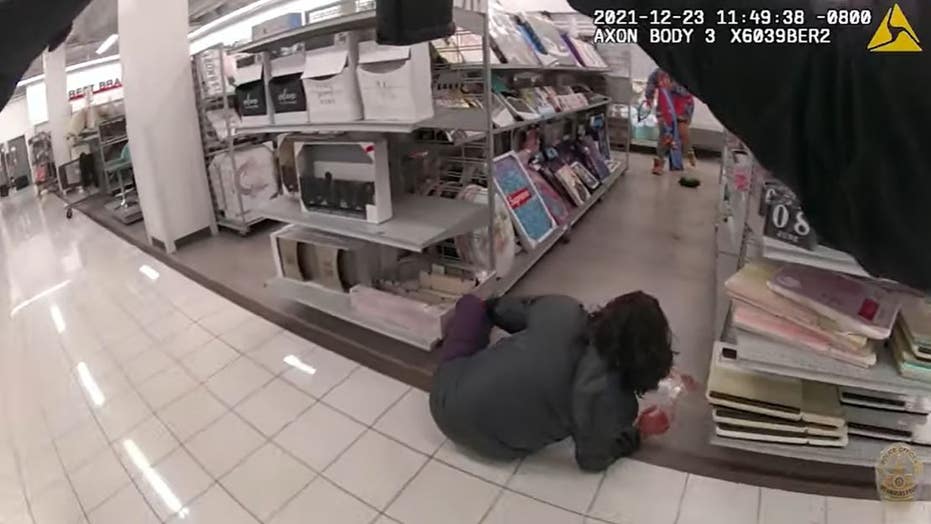 The Los Angeles Police Department on Monday released body camera footage and other evidence of a deadly shooting in which officers fired on a suspect who allegedly attacked several people in a clothing store and a 14-year-old girl who was killed when a bullet pierced the wall of a dressing room.

The 35-minute video features 911 calls, security footage inside the North Hollywood Burlington Coat Factory and several angles from various police body cameras during the chaotic Dec. 23 incident. It was released at the direction of LAPD Chief Michel Moore.

The girl, identified by the Los Angeles County Medical Examiner’s Office on Friday as Valentina Orellana-Peralta, was inside the store changing room with her mother when a police bullet penetrated the wall and struck her. She was pronounced dead at the scene, authorities said. 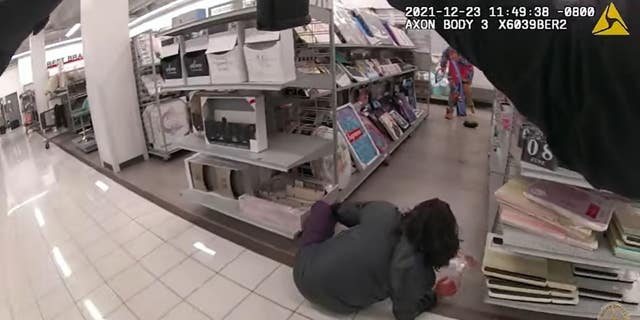 Los Angeles police body-camera footage shows the moments just before an officer fired on Daniel Lopez, 24, inside a Burlington Coat Factory last week. Investigators believe one of the rounds fatally struck Valentina Orellana-Peralta, 14, who was in a changing room, when it went through a wall.
(LAPD)

Authorities believe Orellana-Peralta was struck by a round fired by an officer that ricocheted off the floor and went through the dressing room wall. Officers also killed the suspect, 24-year-old Daniel Elena Lopez, a Los Angeles resident. Both were struck in the chest, online coroner records said.

Their causes of death were gunshot wounds to the chest, according to coroner records.

The released footage starts off with three 911 calls.

“I have a hostile customer in my store attacking… attacking customers,” one caller said while yelling for everyone to “evacuate the building!”

Security video captured Lopez arriving at the store on a bicycle with a metal cable lock around 11 a.m. and laying it in an aisle before walking around the second floor putting on clothes, police said. 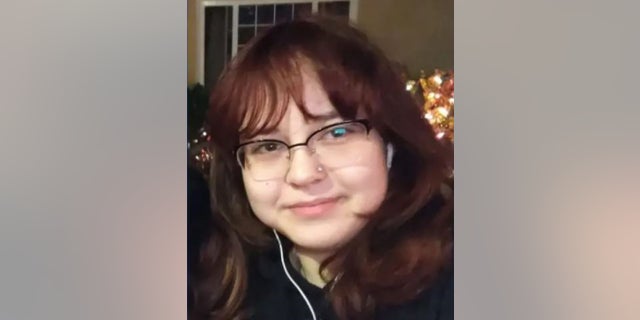 After a store employee approached Lopez about his bike, he smashed a nearby computer and hit a glass railing with the lock, police said.

When he took an escalator downstairs, he attempted to rob a female for her purse, authorities said.

“As the female resisted, the suspect tackled her and hit her with a lock,” LAPD Capt. Stacy Spell said in a video released by the department.

WARNING: The video below is graphic.

The female broke away and ran out of the store, he said. Lopez tried grabbing another female who came down the escalator but she also fled. He went back upstairs and approached a female pushing a shopping cart and hit her over the head with a bike lock from behind, police said.

As she crawled away, Lopez dragged her near a dressing room and continued beating her with the lock. Police body camera shows several officers responding to the store’s second floor. 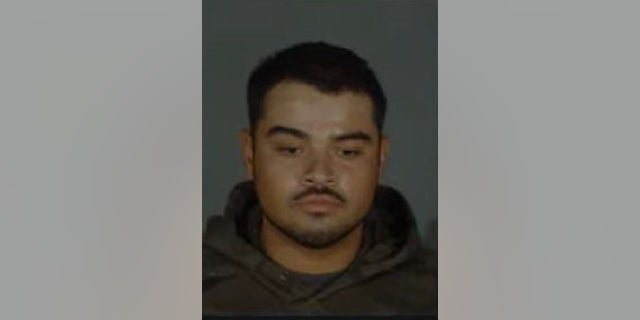 “He’s hitting her right now on the right-hand side,” one officer is heard saying.

Blood is visible on the floor and officers make their way toward the woman. As they arrive, Lopez is seen at the other end of an aisle and an officer armed with a rifle fires three shots.

Lopez drops to the floor and appears to flail his arms. Screaming can be heard in the distance. Next to Lopez, officers found a metal cable lock.

Paramedics with the Los Angeles Fire Department responded and declared him dead. Orellana-Peralta was found dead during a search for other possible suspects. 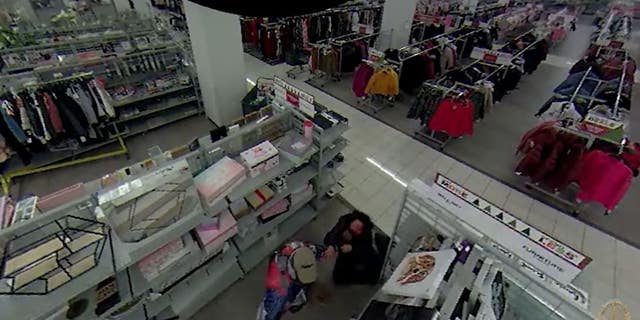 Authorities said Lopez was captured on security cameras attacking a woman with a cable lock.
(LAPD)

“Unbeknownst to the officers, a 14-year-old was in a changing room behind a wall that was behind the suspect and out of the officer’s view,” Spell said. “We at the LAPD would like to express our most health-felt condolences and profound regret for the loss of this innocent victim, Valentina Orellana-Peralta.”

LAPD Chief Michel Moore directed the footage, radio transmissions, 911 calls and other evidence to be released just days after the shooting as opposed to the department’s usual 45-day window for critical incidents.

“This chaotic incident resulting in the death of an innocent child is tragic and devastating for everyone involved. I am profoundly sorry for the loss of this young girl’s life and I know there are no words that can relieve the unimaginable pain for the family,” Moore said in a statement last week.

The woman who was attacked was taken to a hospital for injuries to her head and arms. The name of the officer who opened fire has not been released and a motive for the attack has not been determined.

The shooting is similar to a 2018 incident in which LAPD officers accidentally shot and killed an employee at a Trader Joe’s. Melyda Corado, 27, was killed when she was struck by gunfire while at the entrance of the Silver Lake market. 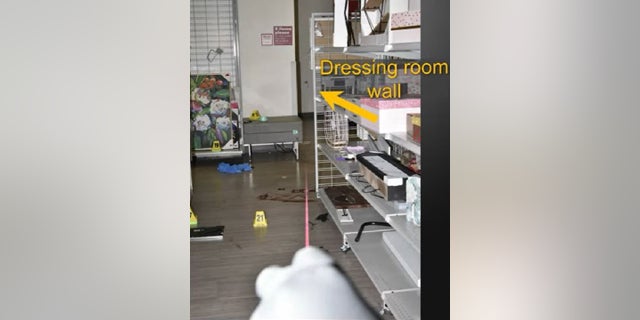 Valentina Orellana-Peralta, 14, was inside a changing room when she was struck by a police bullet and killed.
(LAPD)

A suspect, Gene Evin Atkins, 28, allegedly killed his grandmother and led the police on a high-speed chase across the city, exchanging gunfire with officers multiple times before arriving in front of the grocery store. He fired at officers when he arrived, prompting them to fire back.

One round hit Atkins in the elbow. Another fatally injured Corado. Several people, including Corado, were taken hostage. The Los Angeles County District Attorney’s Office determined the two officers involved were justified in using lethal force.

“It is our conclusion that the officers acted in lawful self-defense and defense of others and are not criminally responsible for the shootings of Atkins or Corado,” a memorandum from the DAs office said.

The California Department of Justice is investigating the deadly shooting at the retail store.