LAPD shoot dead man who crashed into them and confronted officers

LA police shoot dead a man in body armor on Sunset Boulevard after he crashed his car into them, got out and began a ‘countdown’ with his hands behind his back

Police in Los Angeles shot and killed a man on Sunset Boulevard on Saturday, after the body armor-wearing driver deliberately reversed his car into them, got out and confronted them, beginning a countdown with his hands behind his back.

The unnamed man stopped his car suddenly, when officers were driving along on patrol around 2:30pm in Hollywood.

The black car, covered in writing mentioning the Illuminati, God, Satan, and government control, then reversed into the police vehicle.

The driver got out, and confronted the officers. 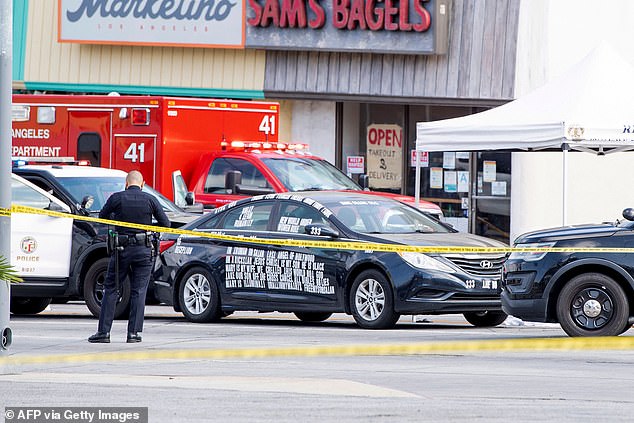 The man reversed his car, covered in white writing, into the police patrol car 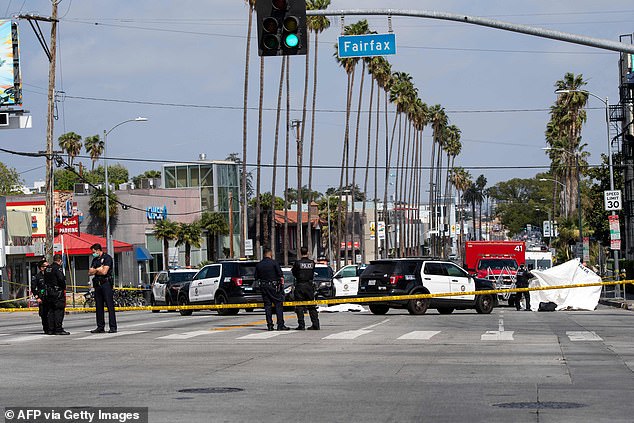 Police are seen on Saturday afternoon along Sunset Boulevard in Hollywood 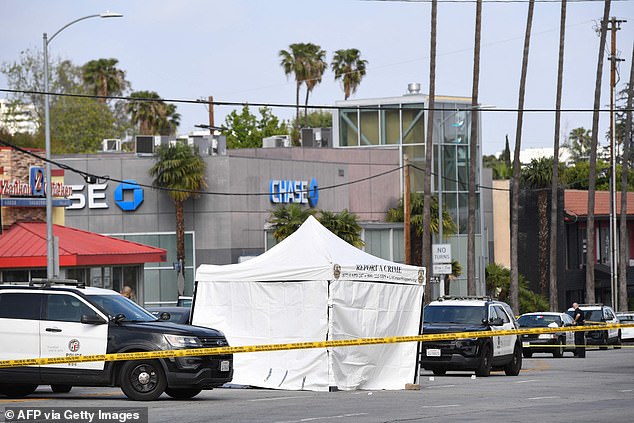 The shooting shut down streets in Hollywood for several hours

When they yelled instructions at him, they ignored him, said Meghan Aguilar, a LAPD detective.

‘The officers gave him commands which he did not follow, and he started counting down, saying 3… 2… 1… as he started to pull his hand from his back to the front,’ she said.

The man was then shot dead by police.

KCAL reported that he was unarmed.

‘They said put the gun down and that’s it,’ said Carlos Sanchez, who was on his way to the cinema when the scene unfolded. 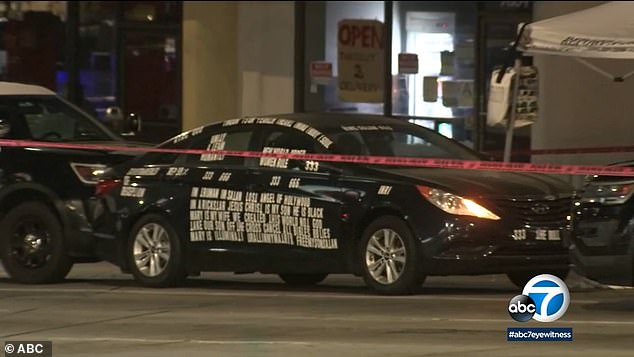 The car, seen as night fell on Saturday, was covered in white writing 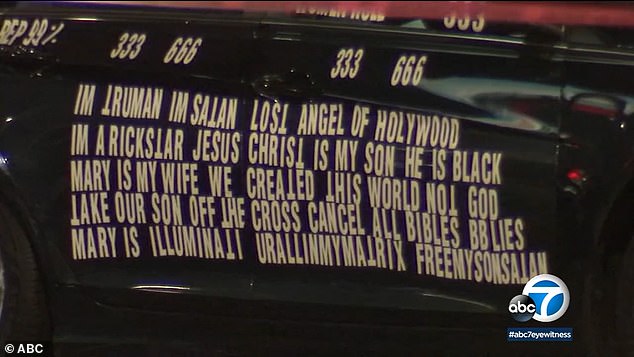 The car bore slogans such as ‘You are all in my matrix’, ‘Jesus is my son’ and ‘free my son Satan’

The shooting shut down several streets in Hollywood for hours.

Aguilar said the shooting was being investigated.

‘It sounds like he did say something. It was not intelligible to the detectives at this point.’

It was the second police shooting in two days.

In the early hours of Friday, officers shot and wounded a man armed with a knife during a confrontation in the Valley Village neighborhood of the San Fernando Valley.