ONE of three pigeons with cowboy hats glued to their heads by cruel abusers has died in Las Vegas.

A Las Vegas animal rescue confirmed the tragic death of Billie the Pidge on Instagram and Twitter. 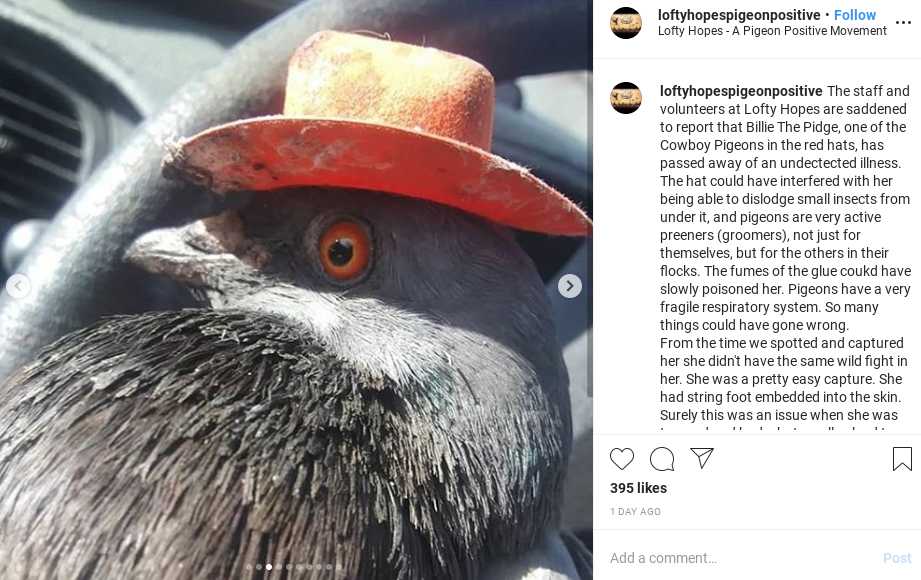 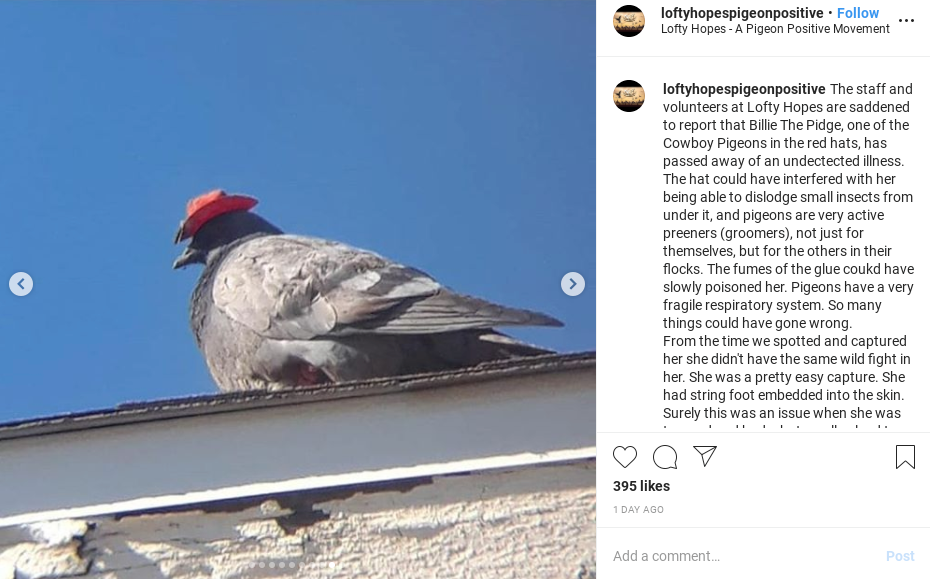 Employees for Lofty Hopes Pigeon Rescue shared that fumes from the glue used to stick the cowboy hat on the pigeon’s heads could have poisoned the bird.

When the pigeon rescue found Billie, she was weak and hurt.

A veterinarian had to remove the hat from her by trimming the feathers on her head. 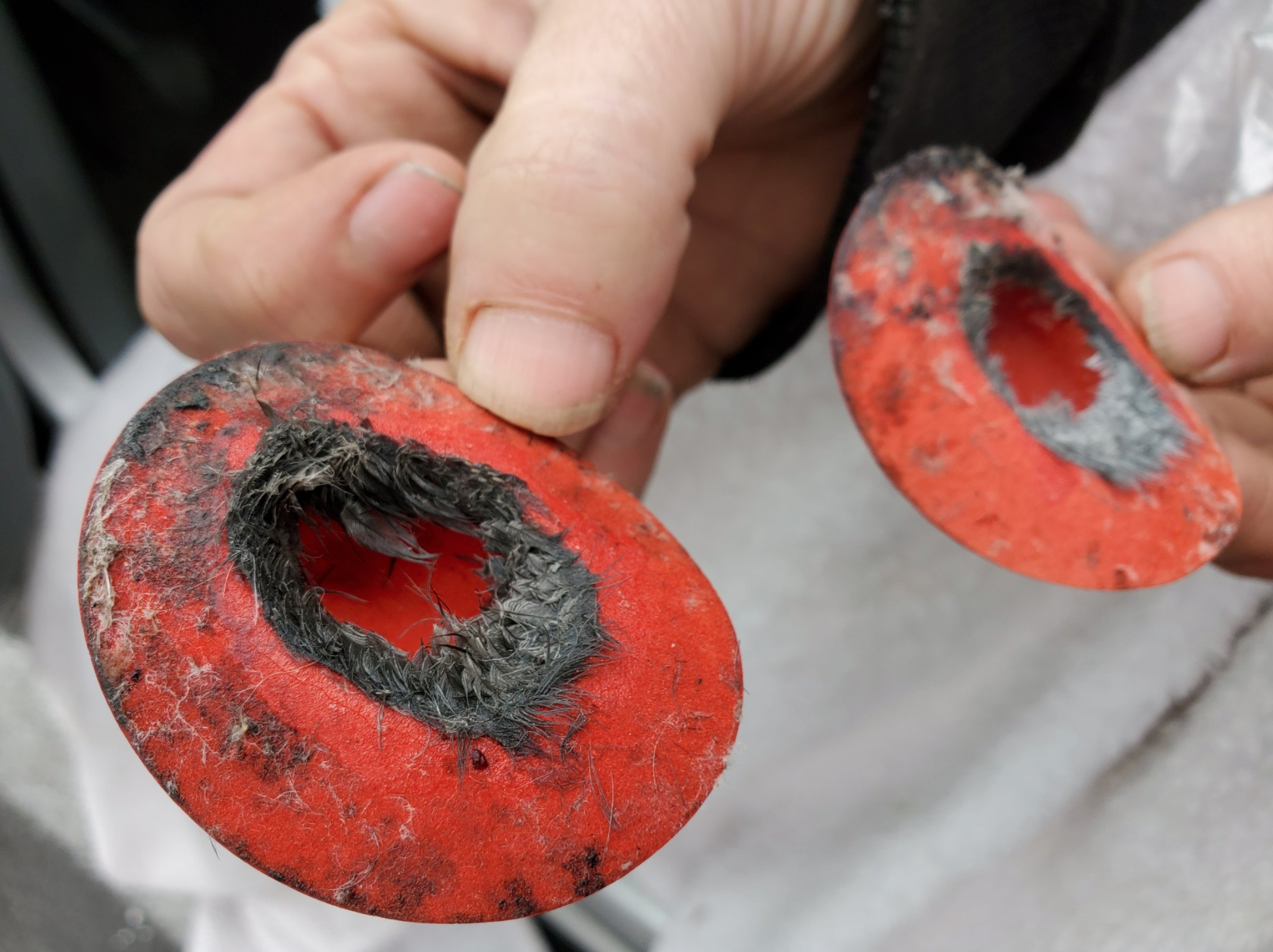 “From the time we spotted and captured her she didn’t have the same wild fight in her. She was a pretty easy capture,” the group wrote.

Billie had also lost toes due to a string cutting into her foot that could have come from when her captor cruelly put the hat on her head.

“Her captor, instead of helping her, released her not caring that she would lose more toes,” Lofty Hopes said. 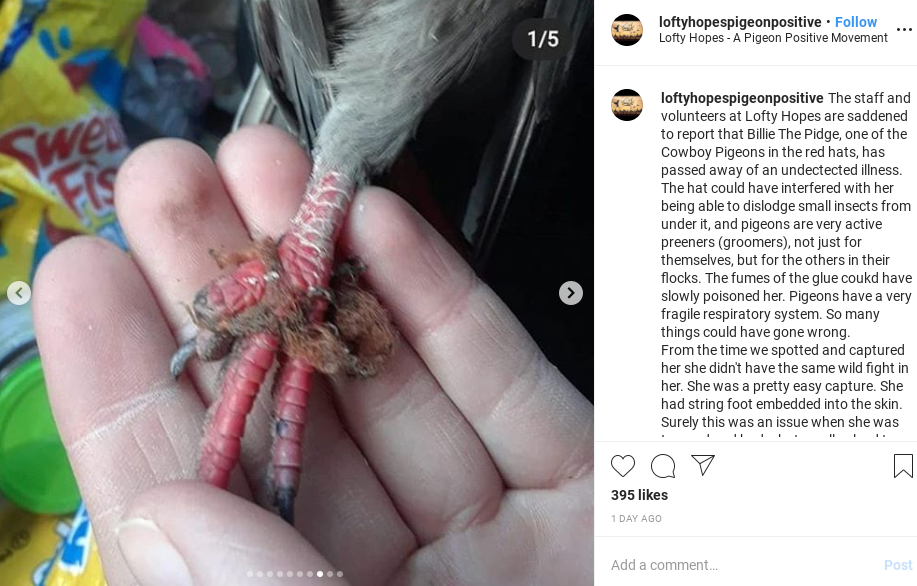 It is still unknown who put the hats on the pigeons.

The hat that was placed on Billie also prevented her from grooming herself.

Pigeons are preeners, or birds that groom themselves, and the hat could have stopped her from dislodging small insects.

Billie is survived by Cluck Norris and Coolamity Jane, two other former cowbirds who safely had the hats removed.

The group of cowboy hat-wearing pigeons was first spotted in Las Vegas in December by local Bobby Lee, who posted a video of the birds with the caption: “Just another day in the neighborhood.”

The footage was found amusing by some but was also concerning to others as animal cruelty.

“This is really sad. People can be f—–g disgusting,” Natalia Becker commented on Bobby’s post.

Lofty Hopes is still trying to find any remaining pigeons with cowboy hats on to help them out of the cruel modification.

“We are truly saddened by her [Billie’s] loss and will always remember her struggle. Please know, that our efforts to find the remaining ‘Cowboy Pigeon’ continues,” Lofty Hopes wrote.