NBC has been airing some version of the “Law & Order” franchise since 1990. That’s hundreds of hours and episodes. So what haven’t they done with the “L&O” shows, which currently encompass the return of the mothership, “Law & Order: SVU” and “Organized Crime”?

How about a three-way crossover? 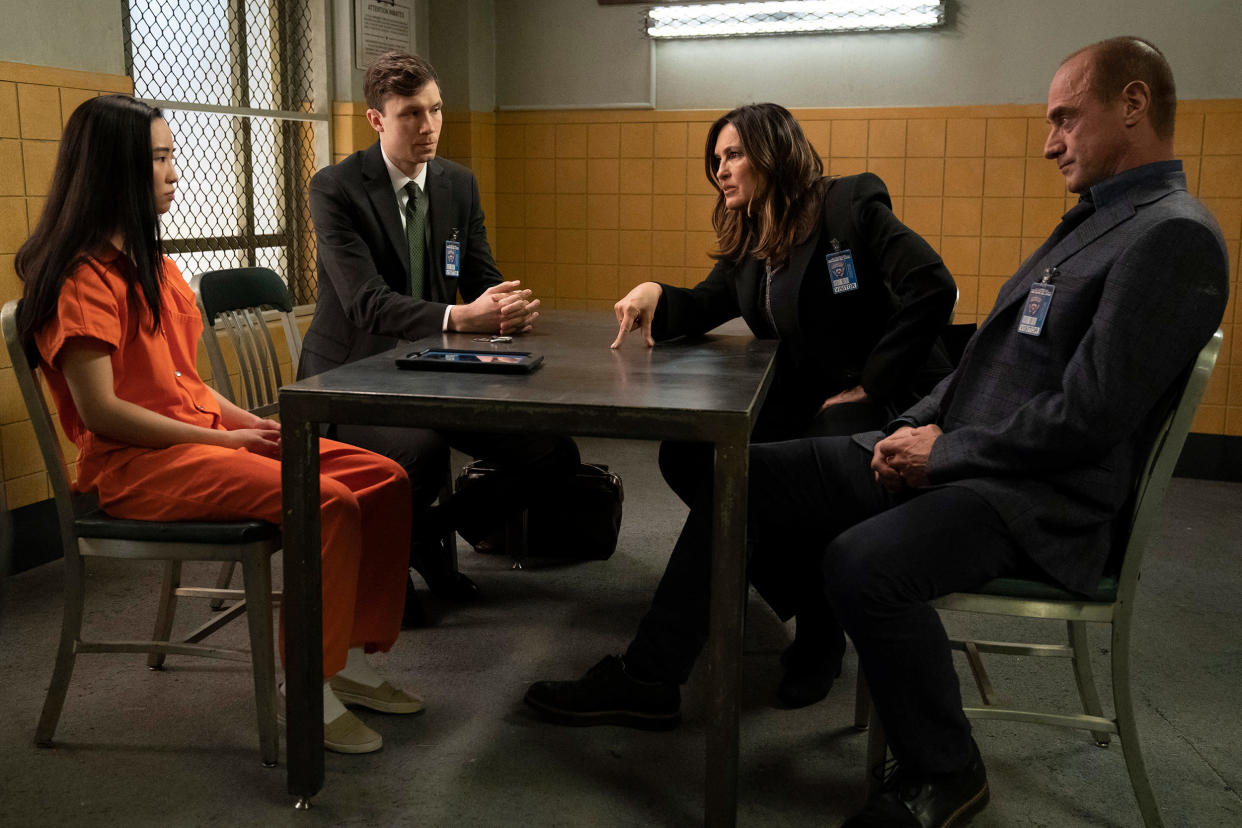 Your wish is Dick Wolf’s (the creator of the long-running franchise) command. For the first time in the history of the show, three casts from its series will join forces in a special event on Thursday, Sept. 22, from 8-11 p.m. on NBC. It will air the following day on Peacock.

(Peacock is part of our parent company, NBCUniversal.)

The premiere event helps to kick off NBC’s fall season and will wind a single story through the three series. In the story, a girl is shot, leading “L&O’s” Detective Frank Cosgrove (Jeffrey Donovan) to pair up with Detective Jalen Shaw (Mehcad Brooks, in his debut episode). 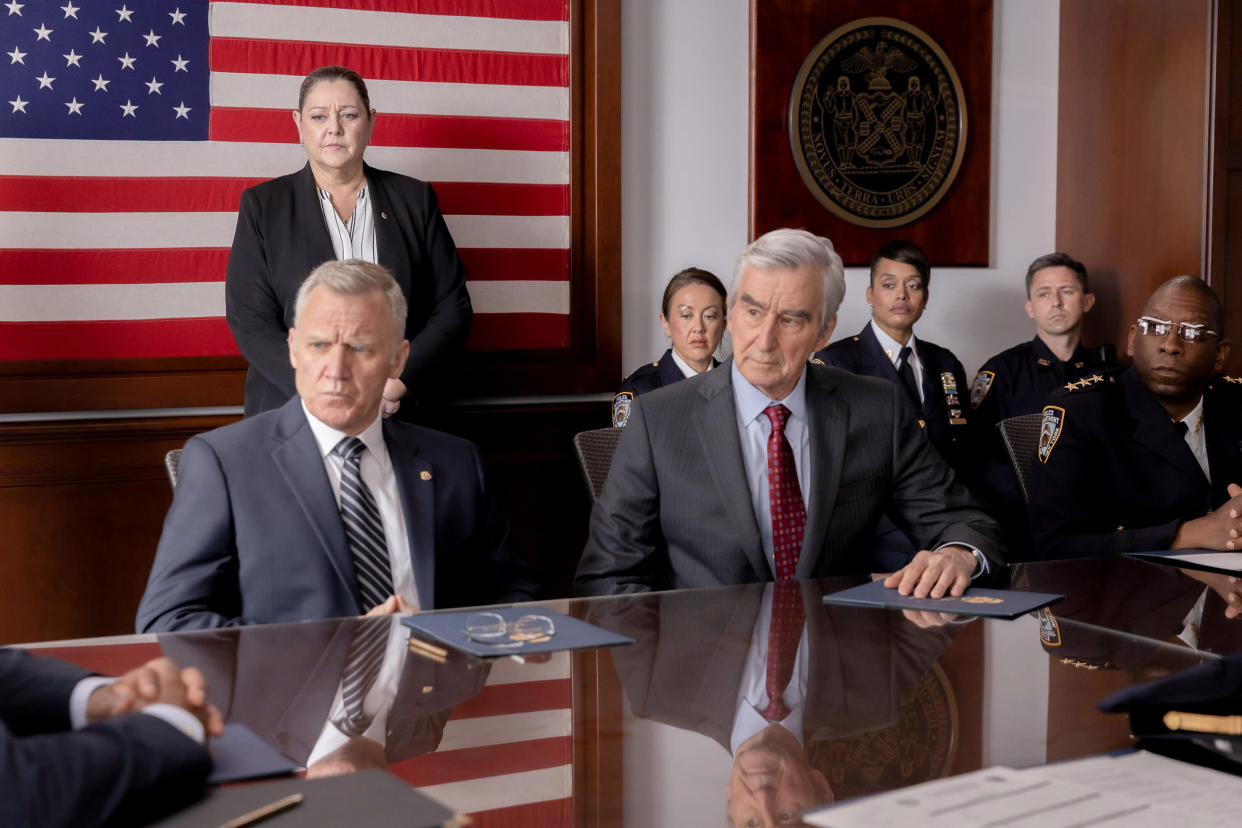 “Nothing demonstrates the power of the ‘Law & Order’ brand more than an ambitious three-hour event with a story that is truly ripped from the headlines that starts on ‘Organized Crime,’ then migrates to ‘SVU’ and finally the trial on ‘Law & Order,'” Wolf said in a statement. “(Writers) Rick (Eid) and Gwen (Sigan) did an amazing job writing a compelling script and I can’t think of a bigger and better way to launch the new season of ‘Law & Order’ Thursday.” 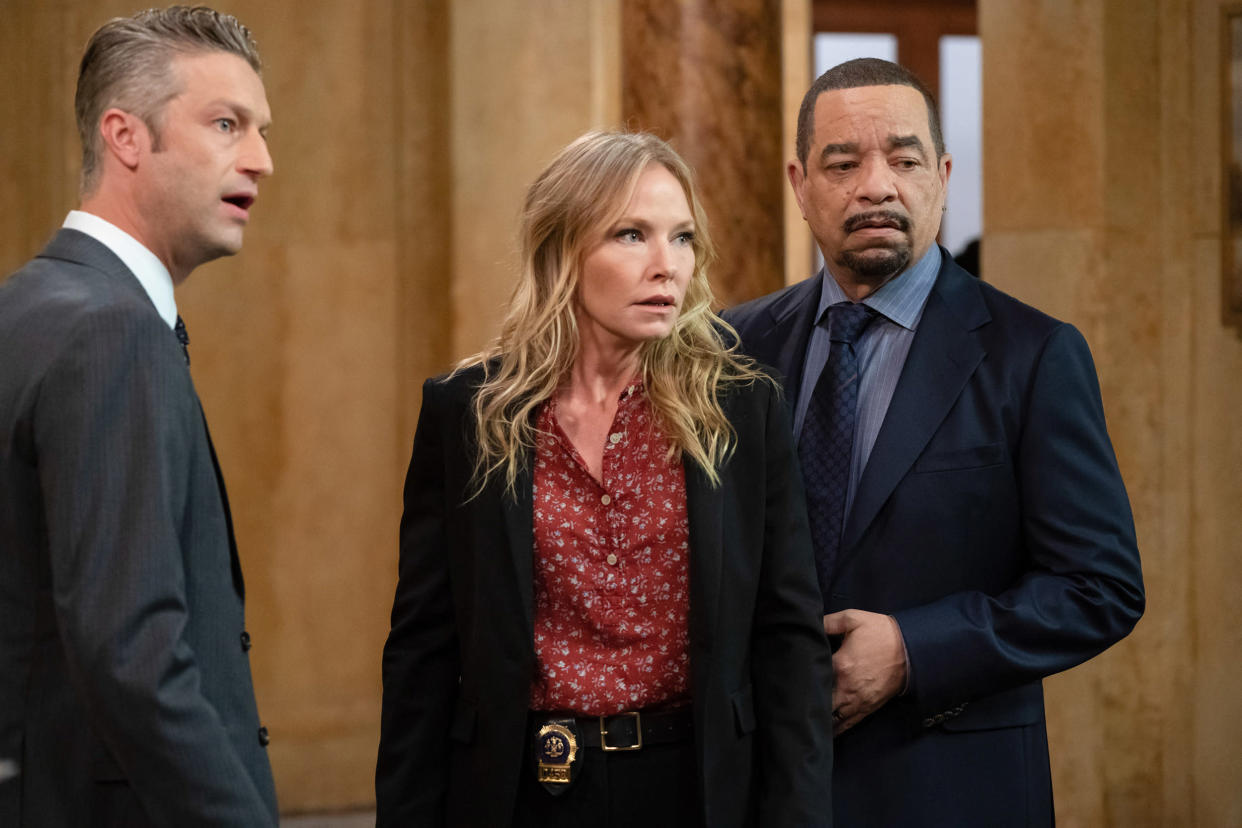 “L&O” has a history of crossover episodes from some of its earliest days. The original show shared cast and story with “Homicide: Life on the Street” multiple times, and characters have freely wandered between the series over the years. A three-part “L&O” aired in its seventh season (1996-97), with one case spread over three episodes. Wolf’s other “Chicago” series has also crossed over with “L&O” shows. 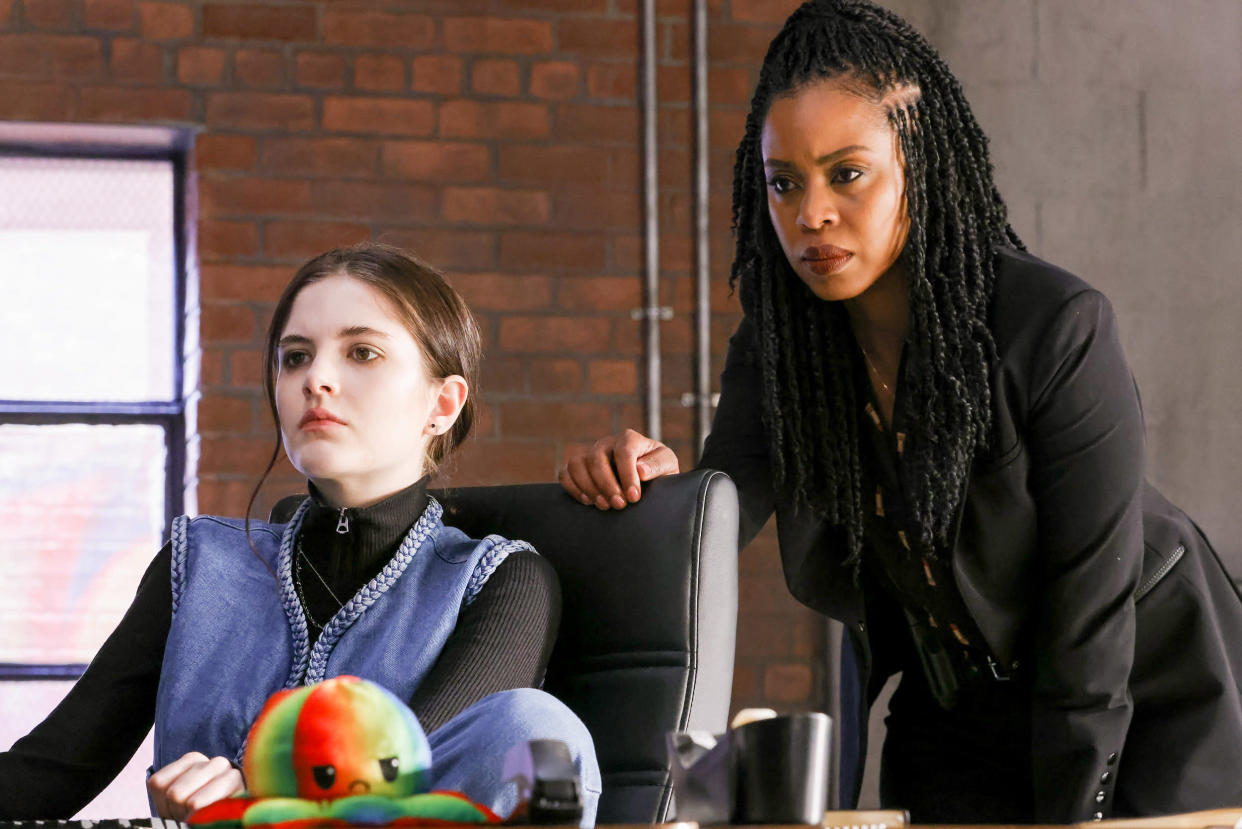 Note to viewers: The shows will air in this order — “Organized Crime” at 8 p.m., “SVU” at 9 p.m. and “L&O” at 10 p.m. — without credits or title sequences between them. So if you set your DVR to watch them delayed, set it to record all three shows.

Or just watch them on Peacock the next day!