In one year, LeBron James is scheduled to hit NBA free agency. There will be many teams interested in the talents of the Los Angeles Lakers star, but we can probably cross the Boston Celtics off the list.

James did not have very nice things to say about the Celtics, particularly their fanbase, during an episode of his talk show “The Shop” released Friday. Specifically, he identified TD Garden has his least favorite place to play after soccer player Marcus Rashford discussed Premier League venues.

Carter: “In basketball, there are fans that can literally take the game from you. You can feel like the fans is not going to let us win this one tonight. What place?”

Rivera: “Why do you hate Boston?”

James: “Because they racist as f***, that’s why. They will say anything, and it’s fine. I mean, f***, it’s my wife, she’s been dealing with them her whole life. I don’t mind it. I hear it, if I hear someone close by, I check them real quick. I move onto the game, whatever the f***. They going to say whatever the f*** they want to say. They might throw something, I got a beer thrown on me leaving a game.”

Carter: “It’s the only place in the NBA where you and they have shirts and they say like ‘F*** LeBron.'”

It’s not a surprise an NBA star would identify Boston as a particularly hostile place to visit, but it’s not every day you see a person who owns part of the Boston Red Sox going after a Boston fanbase.

James and Carter are both investors in the Fenway Sports Group, a company principally owned by John Henry with majority ownership of the Red Sox, Liverpool FC, the Pittsburgh Penguins and RFK Racing. It works out to a very small percentage of each team for James, who hasn’t exactly converted his baseball fandom to Boston.

The behavior of Celtics fans also made the news earlier this summer when the Golden State Warriors complained about their coarse language during the NBA Finals. 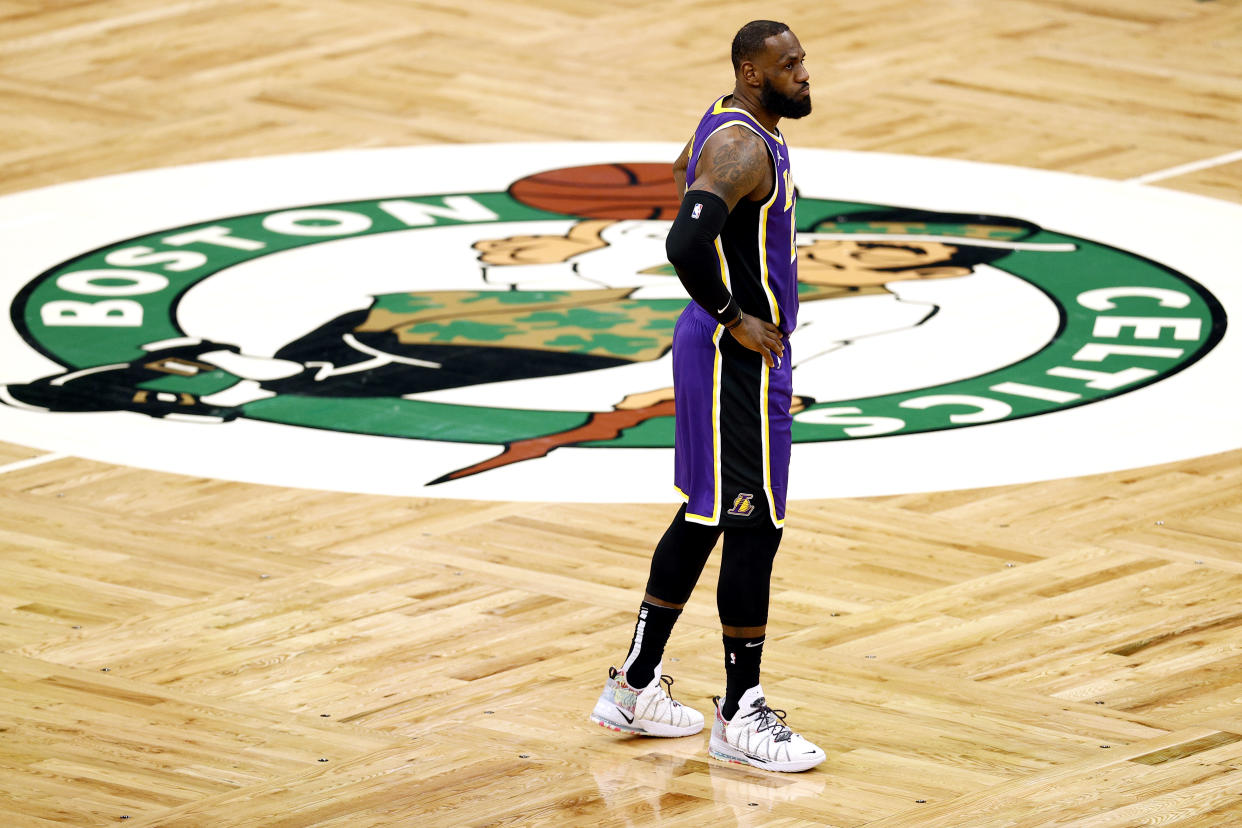 For what it’s worth, James holds an 11-14 record against the Celtics on the road in his career. In the playoffs, he lost his first two series against Boston in his career, but has since won five straight, the most recent coming with a seven-game win for the Cleveland Cavaliers in 2018.

Celtics fans were far from the only thing discussed on “The Shop,” as it was also the episode featuring the widely covered comments James made on Brittney Griner and the U.S. government.