Missing X Factor singer and rugby ace Levi Davis, 24, ‘left his friend in Ibiza suddenly to travel to Barcelona without clothes or cash’: Fears grow for winger last seen in Irish pub in city more than a WEEK ago

Rugby player and X Factor star Levi Davis left his friend in Ibiza ‘suddenly’ to travel to Barcelona without a change of clothes or cash before he went missing more than a week ago, it has emerged tonight.

The 24-year-old winger, who came fifth on X Factor: Celebrity in 2019, was last seen at The Old Irish Pub in Barcelona on October 29.

His close friend Richard Squire, who lives in Ibiza, said Mr Davis told him he was going to see some mates and got a boat to the Catalan capital.

Mr Davis is said to have left his friends without clothes or cash, carrying just a small black backpack.

Mr Squire told The Sun : ‘He announced suddenly that he was going to meet friends in Barcelona. But he didn’t say who they were and we haven’t heard from him since I received a video from the Irish pub on October 29.’

He added that there’s been ‘no word from him since’ and everyone is getting ‘increasingly worried’.

England rugby stars Freddie Burns and Tom Varndell have posted on social media urging anyone who has seen him to get in contact.

Writing on Twitter, Varndell said: ‘If anyone has seen or heard form Levi Davis in the last two weeks could you please drop me a message asap. Many thanks.’ 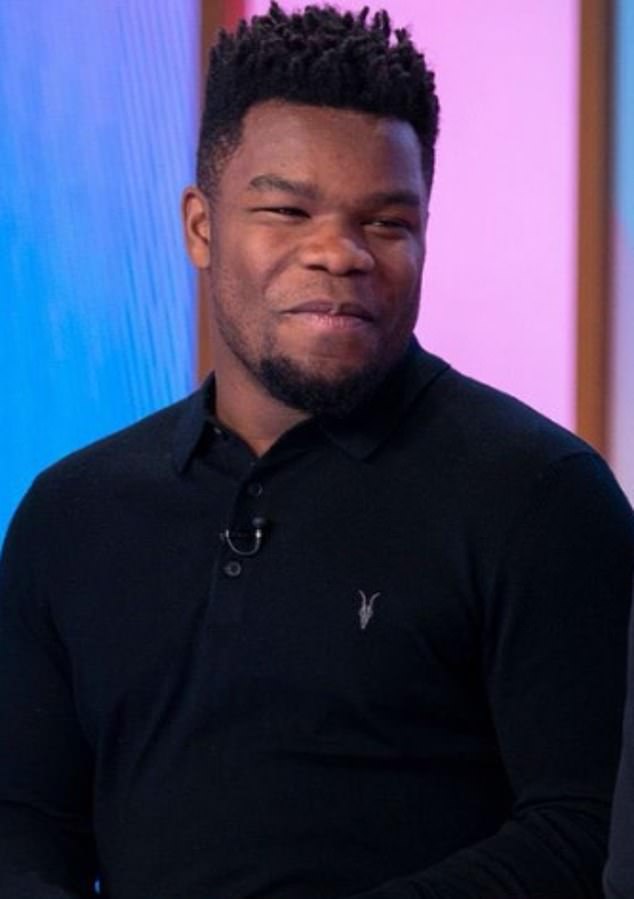 Rugby player Levi Davis is feared missing after not being seen for more than a week. He was last seen at The Old Irish pub in Barcelona 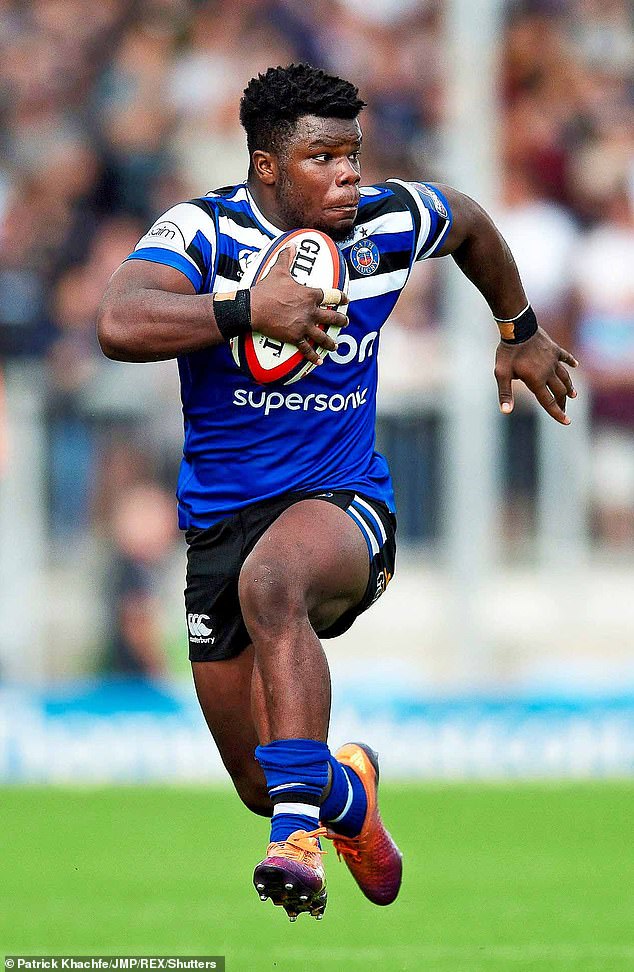 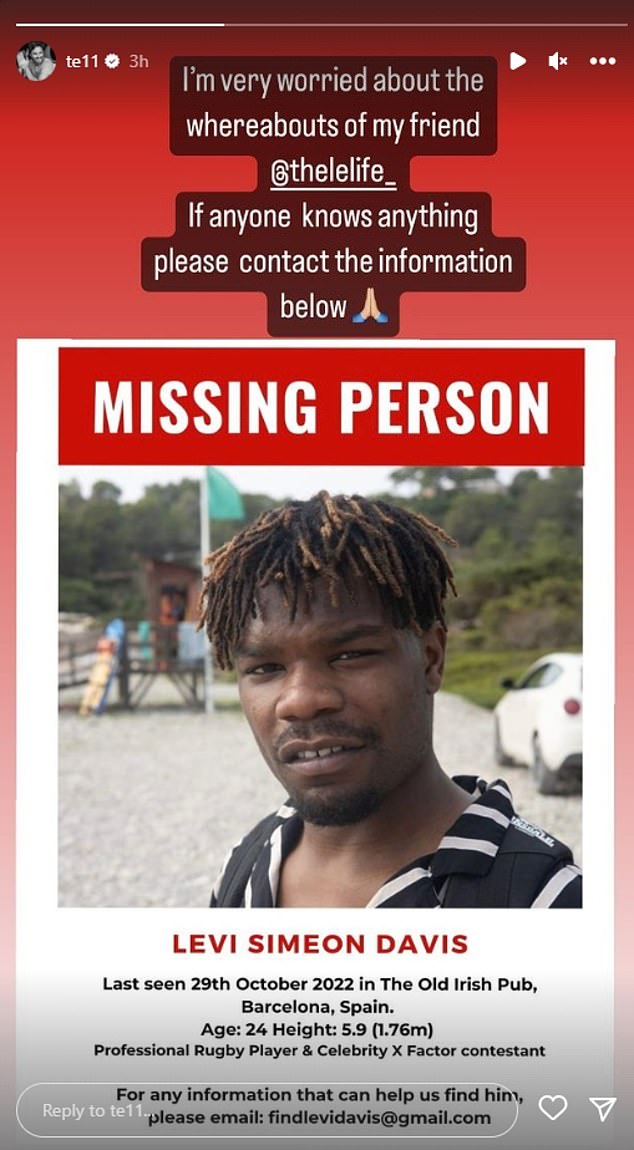 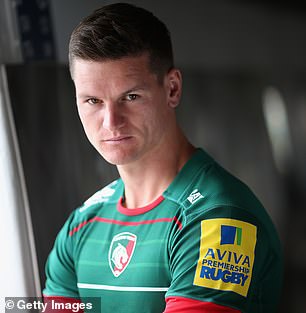 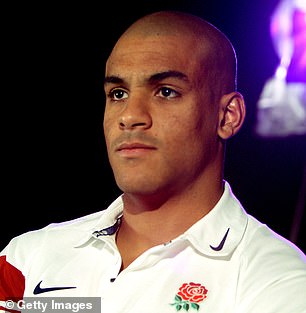 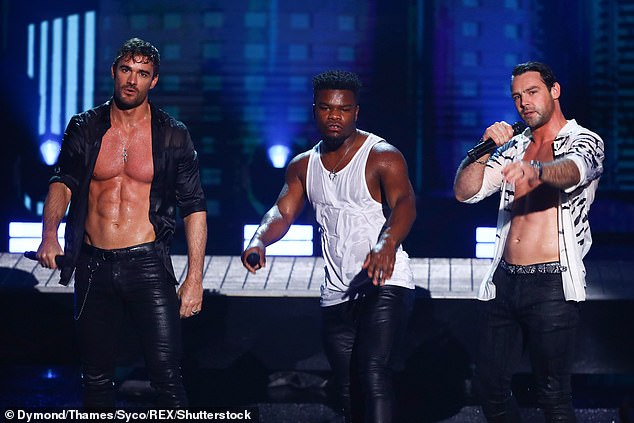 The winger, 24, who starred on X Factor: Celebrity, was last seen out with friends at The Old Irish Pub in Barcelona a week ago

Thom gave an emotional plea for information about the disappearance of his friend.

He shared a missing poster of Levi and wrote on Instagram: ‘I’m very worried about the whereabouts of my friend.

‘If anyone knows anything please contact the information below.’

His former club, Bath Rugby, issued an appeal for information about the whereabouts of the athlete.

The rugby player’s ‘worried’ family have also reported him as a missing person to local police in Spain.

His mother Julie Davis told The Sun: ‘Levis’ family and I are very worried about him and desperate to know that he is OK.

‘Levi please get in touch with us or if anyone knows anything please contact us. 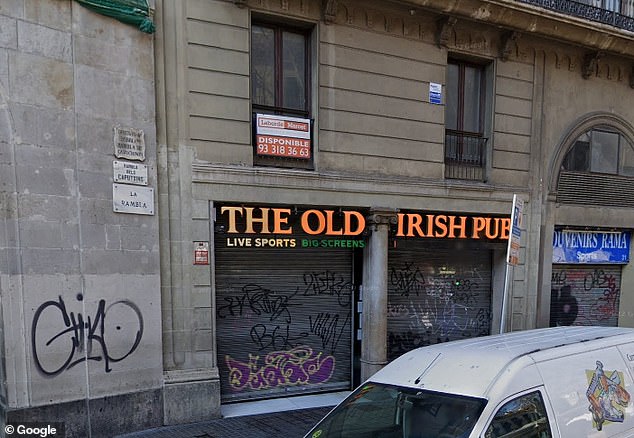 He was last spotted in The Old Irish pub off La Rambla in Barcelona, Spain, on October 29 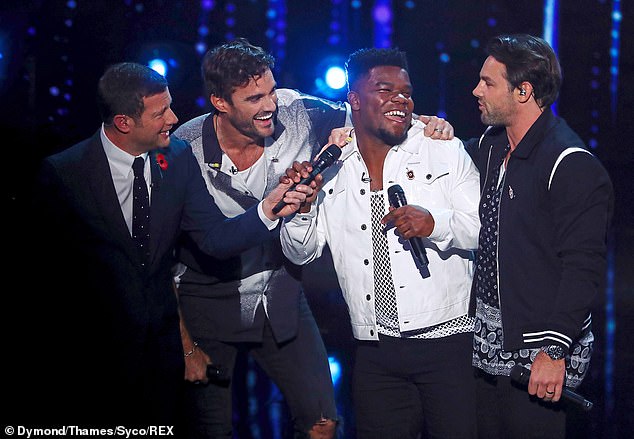 ‘Nobody has heard from him since Oct 29th when he was last known to be in The Old Irish Pub in Barcelona.’

Mr Davis began his rugby career at Bath in 2017 and now plays for Worthing Raiders in the National League 2 South.

He scored the first try of the season in 2019-2020 before being moved on loan to Ealing Rugby. He later left the club.

In 2020 he became the first professional rugby player to come out as bisexual in an interview with The Sun.

He said he told his teammates about his sexuality via a group message on WhatsApp.