Liam Gallagher has deleted a string of inflammatory and offensive Tweets directed at the England football team following their disappointing 0-0 draw with the US last night at the Qatar World Cup.

He tweeted at the start of a tirade of abuse: ‘Southgate you absolute m*** you play Foden.’

The rock star tweeted as England fans in Qatar and across the country expressed their anger and frustration that their team appeared so out of ideas in their second World Cup match on Friday. 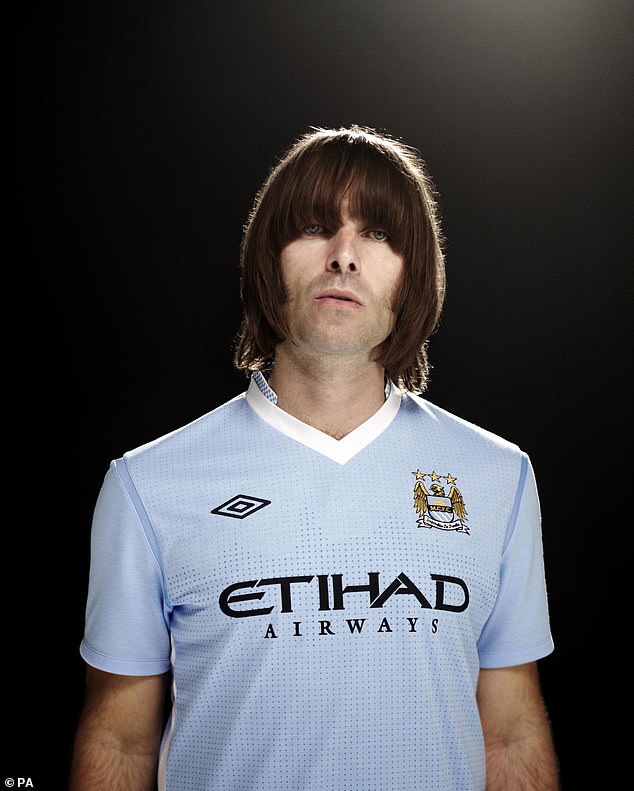 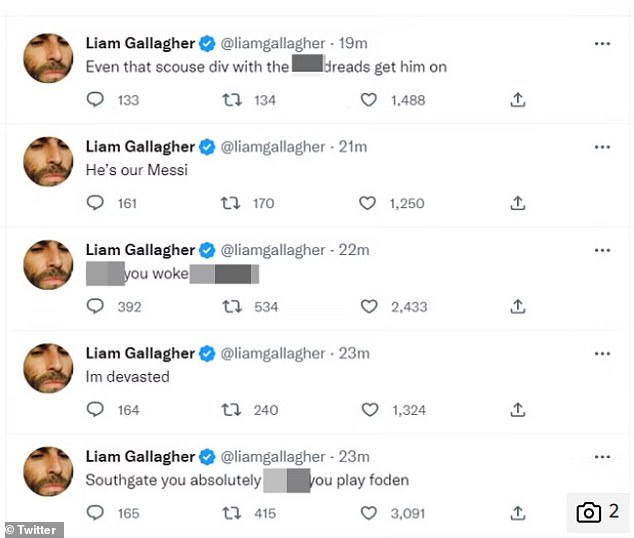 He followed his first Tweet up by saying: ‘I’m devastated.’

When fans started to criticise Gallagher for his offensive outbursts he lashed out at them on his 3.6 million-follower account.

Gallagher continued to insist that Southgate play Foden in the World Cup, saying: ‘He’s our Messi.’

He then outraged England fans even more by taking aim at Alexander-Arnold.

The singer said: ‘Even that scouse div with the s*** dreds get him on.’

Most of the controversial Tweets were deleted within less than half an hour of being posted, leaving only the Tweet comparing Foden to Lionel Messi.

Before they were deleted, fans voiced their disapproval at the tasteless slurs used by Gallagher.

One said: ‘Delete this. Awful and unnecessary.’

Another user added: ‘Honestly a bad game of football makes you throw out a bunch of outdated ableist slurs? If it’s woke thinking disabilities aren’t funny then sign me up.’