Lightning strike kills 17 people at a wedding in Bangladesh

At least 14 others, including the groom, were injured, while the bride was not present when the incident took place, Sakib Al-Rabby, a local government official, told AFP.

The group had just got off a boat on the bank of the river Padma near Shibganj on Wednesday 4th at noon, to take shelter at the bride’s house when lightning struck, the BBC reported. 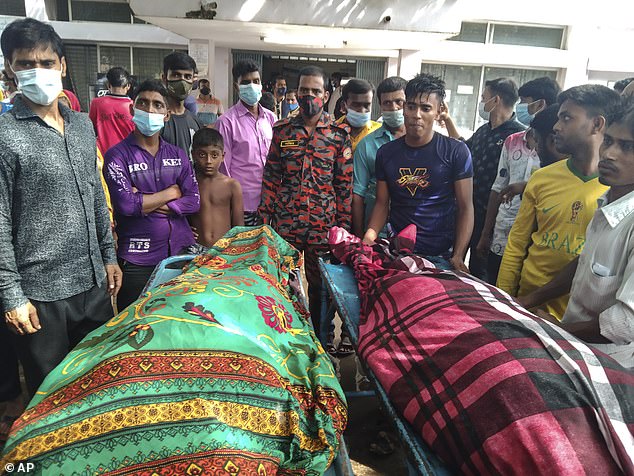 The incident killed at least 17 people and injured a further 14, including the groom. Above, people gather around the bodies of the victims 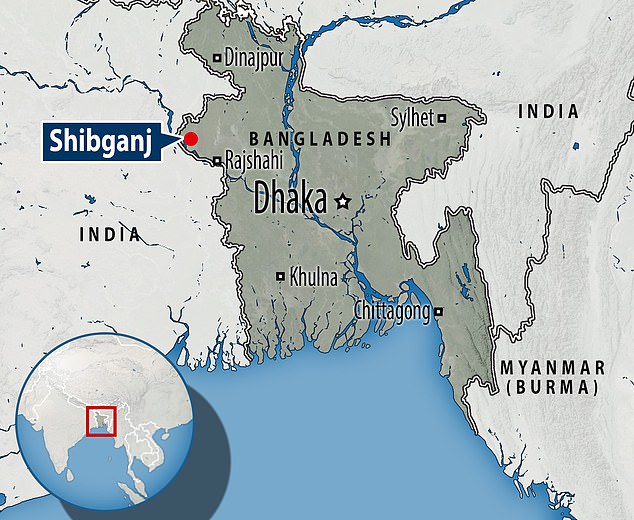 Lightning struck Chapainawabganj, the Western district of Bangladesh about 150 miles north-west of Dhaka

The lightning struck Chapainawabganj, the Western district of Bangladesh, about 150 miles north-west of Dhaka.

The annual monsoon is currently taking place in Bangladesh. It brings a change in the direction of the prevailing winds of the region and causes wet and dry seasons throughout much of the tropics.

During this time each year, lightning takes over 200 lives, the victims mostly being farmers in their fields.

In 2016, according to an official tally, there occurred 200 lightning deaths in a single month, as well as 82 in a single day in May. Following this, Bangladesh declared lightning strikes as a natural disaster.

Experts link the rising lightning deaths to climate change, with deforestation in Bangladesh making the area more vulnerable to impact.

Hundreds and thousands of young palm trees have been planted in Bangladesh since 2017 with the aim of combatting climate change and reducing the number of lightning deaths.