‘It’s lit up like Blackpool illuminations!’ Fury as photo shows lights left on in every window of ‘near-empty’ National Grid HQ – just days after it warned of three hour blackouts this winter amid energy crisis

National Grid were branded hypocrites today after pictures revealed every window in their near-empty HQ brightly lit up hours after workers had left.

Just days after the energy giant warned of blackouts to save power this winter, their multi-million pound office in Warwick was snapped ‘lit up like Blackpool illuminations’.

Photographs taken after 7.30pm on Monday show the lights left on in every office of the sprawling headquarters after dark.

The Grid has now been accused of ‘rank hypocrisy’ after revealing last week it was preparing for possible three-hour blackouts in parts of the UK.

The first planned blackouts in the UK for decades could be needed if power plants do not have enough gas to keep running, National Grid said. 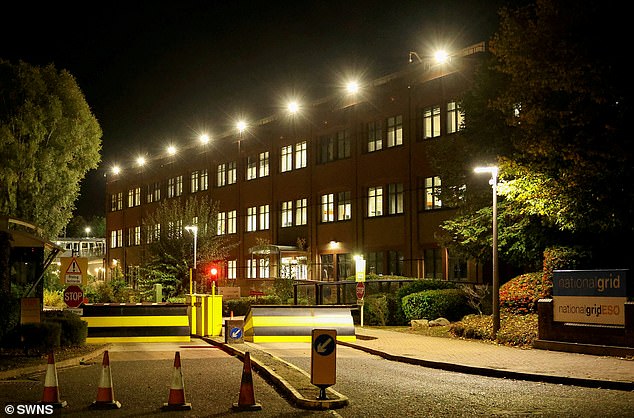 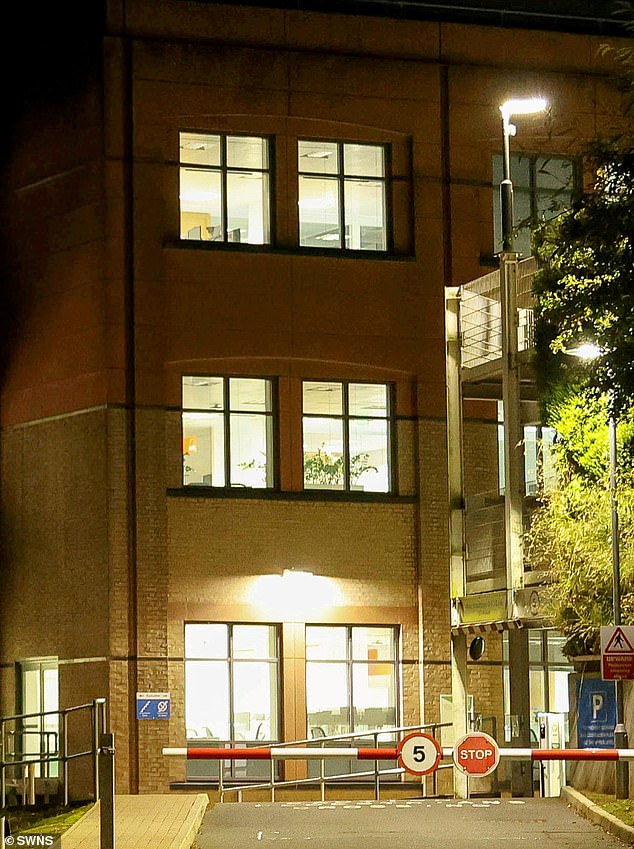 The 238,988 sq ft building houses 3,600 public servants from several government departments including the Department for Work and Pensions (DWP) 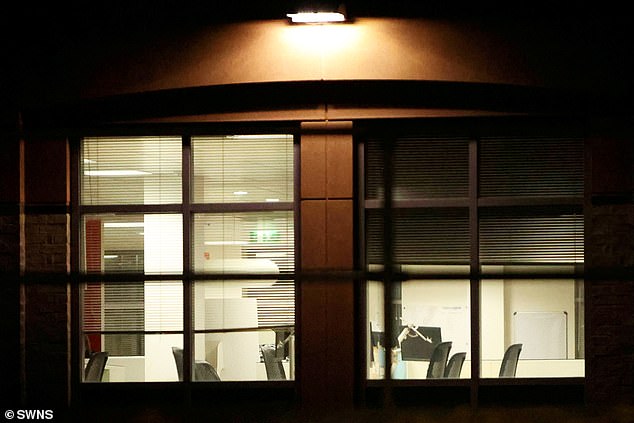 They warned of a ‘challenging’ winter ahead due to Russian’s invasion of Ukraine which has severely impacted energy supplies – threatening a return to the 1970s.

The impact will be even more significant following the suspected sabotage of the NordSteam pipeline, which brought gas from Russia to Europe.

National Grid has encouraged households to help avoid blackouts, ‘save money and back Britain’ by using more energy during off-peak times.

However, there was an angry backlash to the firm’s own energy use at its HQ in Warwick.

Local office worker Peter Kearns, 49, who works nearby, said: ‘It boiled my blood when I noticed it – it’s rank hypocrisy at its best.

‘The place is lit up like Blackpool illuminations and National Grid of all people should be setting an example to the rest of the country – now more than ever.

‘Other offices make sure their lights are off when they leave for the day, so they should do the same, especially when they are talking about winter blackouts.

‘They are telling us all how to prevent the National Grid from collapsing – while seemingly doing nothing at all to stop that happening themselves.

‘I just think its outrageous that they are failing to heed their own advice and it just feels like a slap in the face for the rest of us when our bills remain obscenely high.’

In comparison, photos taken at 6am this morning show the lights off at the HMRC offices in neighbouring Birmingham with a sign reading: ‘Take a moment to switch off’.

The 238,988 sq ft building houses 3,600 public servants from several government departments including the Department for Work and Pensions (DWP).

The National Grid’s Electricity System Operator (ESO’s) had begun planning for what could happen if Britain ends up with insufficient gas supplies.

They said UK households and businesses might have to face interruptions to their electricity supplies, in the form of planned three-hour outages. 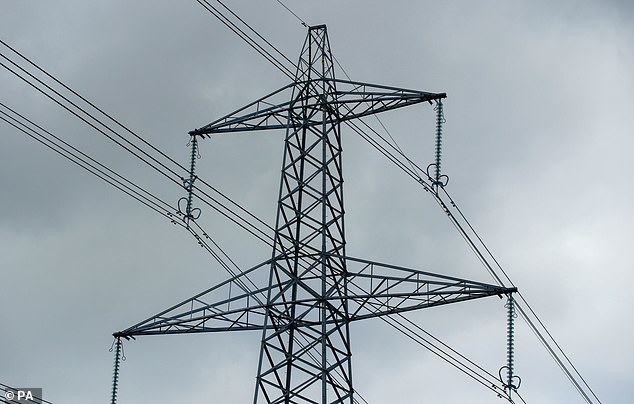 People could also be offered money back on bills if they agree to only use home appliances, such as washing machines and tumble driers, outside of peak times.

Jake Rigg, the ESO’s director of corporate affairs, said last week: ‘The demand flexibility service is a first of its kind and a smart way for signed up consumers in homes and businesses to save money and back Britain.

‘If you put your washing machine or other electrical appliances on at night instead of the peak in the early evening, you can get some money back when we all need it.

‘The service is due to launch in November, so watch out for further details soon.

‘This really is a window into the future where a flexible energy system will be cleaner and lower cost to alternatives.’

A Government spokesperson responded: ‘The UK has a secure and diverse energy system.

‘To strengthen this position further, we have put plans in place to secure supply and National Grid, working alongside energy suppliers and Ofgem, will launch a voluntary service to reward users who reduce demand at peak times.’

The latest energy certificate for the historic buildings at 10-12 – including the flats inhabited by PM Liz Truss and Chancellor Kwasi Kwarteng – shows that they received an ‘F’.

The score had gone up from 106 and an E rating to 150 in the year to June, with higher numbers representing a worse emissions performance. The average public building has a rating of 100, with the lowed ‘red’ level being G.

The reasons for the shift during the final year of Boris Johnson’s premiership are not entirely clear, but the CO2 from heating had spiked by nearly a third from 174 to 226 tonnes.

The details of the Display Energy Certificate – required for all public buildings – emerged after the government dropped plans for a £15million public information campaign on how people can save energy.

The PM’s spokesman today refused to say that Britons should be cutting their usage, and did not know whether Ms Truss herself had taken steps.

The government has vowed to cap energy bills at £2,500 for an average household for the next two years, meaning that the Treasury’s liabilities rise if people use more gas and electricity. 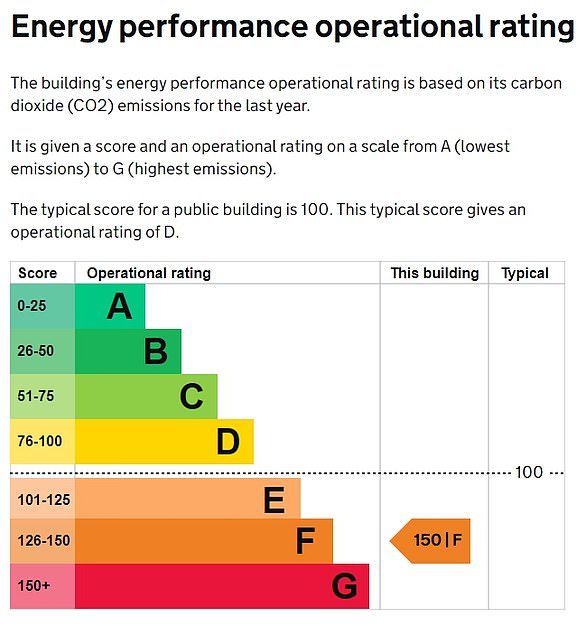 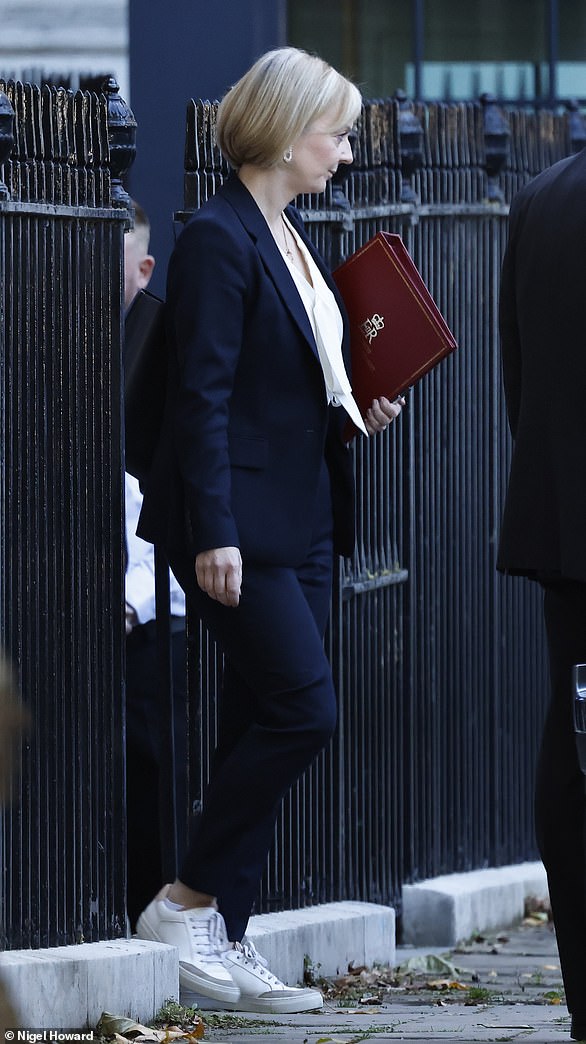 The PM’s spokesman today refused to say that Britons should be cutting their usage, and did not know whether Ms Truss (pictured) had taken steps herself 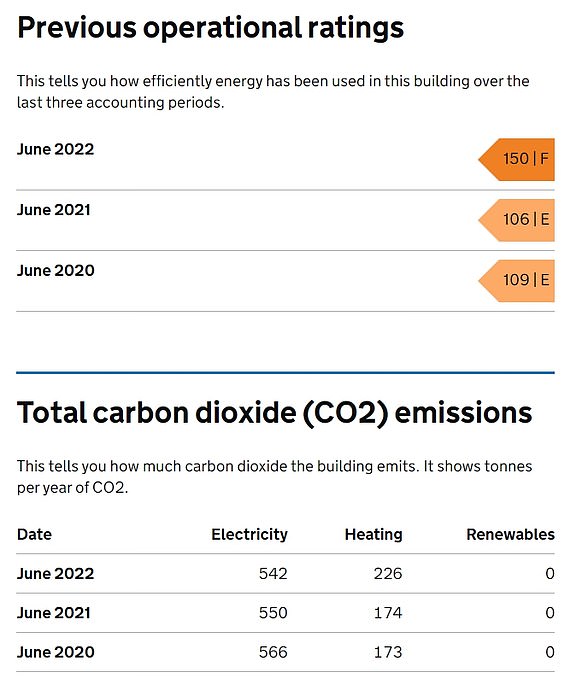 The reasons for the shift during the final year of Boris Johnson’s premiership are not entirely clear, but the CO2 from heating had spiked by nearly a third from 174 to 226 tonnes

The premier does not personally face increasing bills in her Downing Street residence because all utilities there are treated as a taxable benefit capped at 10 per cent of her ministerial salary – working out at around £3,000.

The spokesman said the government is stepping up a campaign to make people aware of support available to deal with cost-of-living pressures including high energy bills.

The Prime Minister’s official spokesman said the campaign which began in July ‘will be increasing in scope, daytime TV ads started this weekend’.

‘We are committed to ensuring the public has the information they need and we are using that campaign to signpost out to where there is more information, for example on Ofgem’s site,’ the spokesman said.

‘We will continue to look at ways to use that Help For Households site and the campaign to signpost information on how the public can further cut their energy bills, we have not made final decisions on the best way to do this and discussions are ongoing.’

Asked why people were not being explicitly encouraged by the Government to use less energy, the spokesman said: ‘The Prime Minister’s view is that the Government’s role in this is to ensure that we are providing a level of support so that these global factors are not unfairly impacting on the public.

‘It is down to individuals to decide what is right for them, with all the information provided to them via things like the Help For Households site.’