‘He was treated like s***’: Gary Lineker reveals he took in a second refugee, 26, at his Surrey home – and hits out at 18 months of ‘hell’ the budding rocket scientist from Turkey endured in Home Office system

Gary Lineker has hit out at the Home Office after the second refugee he took into his Surrey home faced 18 months of ‘hell’ in the UK’s asylum system.

The former England striker, 61, revealed that the 26-year-old man he took in was caught up in a military coup but was able to escape 18 months of imprisonment, only to be ‘treated like s***’ in the UK.

Lineker, one of the BBC’s highest paid presenters, previously offered his Surrey home to a refugee from Balochistan, and more recently the man from Turkey.

On the refugee’s escape from Turkey, Lineker said: ‘He got out, and then he spent 18 months in our Home Office system where he was treated like s***. He said it was hell.’

Lineker told The Daily Mirror that the refugee he took in was a ‘smart kid’ who wants to become a rocket scientist.

‘He was with us about a month and was such a sweet kid and has now gone to university,’ he said. 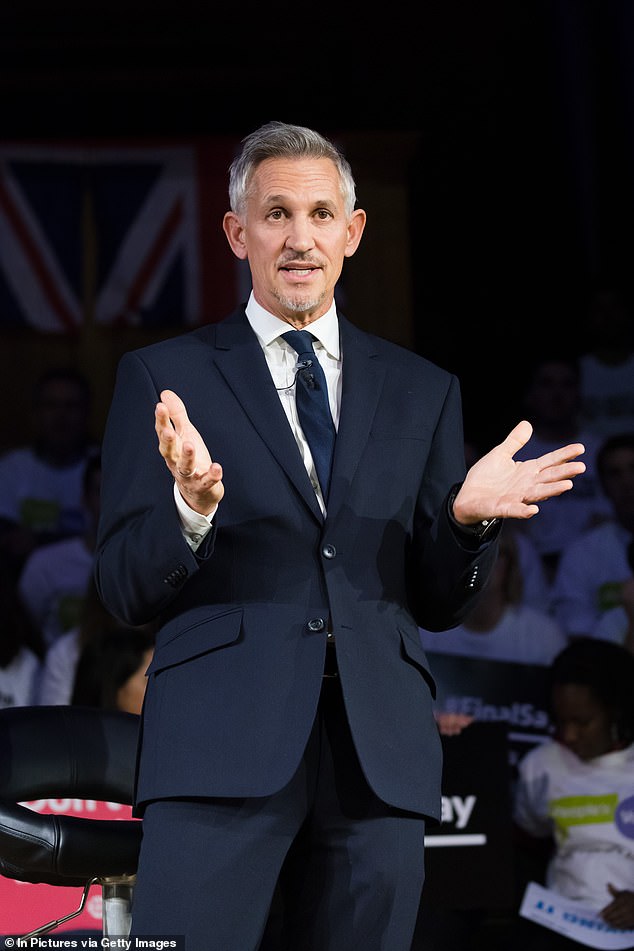 Gary Lineker (pictured) has revealed that the 26-year-old refugee he took in was caught up in a military coup but was able to escape 18 months of imprisonment, only to endure ‘hell’ in the Home Office system

The comments from the Match Of The Day host came on the same day he was found to have breached BBC impartiality rules over a comment he made about the Conservative Party having links to ‘Russian donors’ earlier this year.

The Leicester-born presenter was admonished for sharing an article on Twitter about then-foreign secretary Liz Truss urging Premier League teams to boycott the Champions League final in Russia, adding: ‘And her party will hand back their donations from Russian donors?’

The BBC said it received a complaint over whether the comment was consistent with its impartiality rules, which it said as ‘one of the BBC’s highest profile stars’ Lineker is expected to follow. 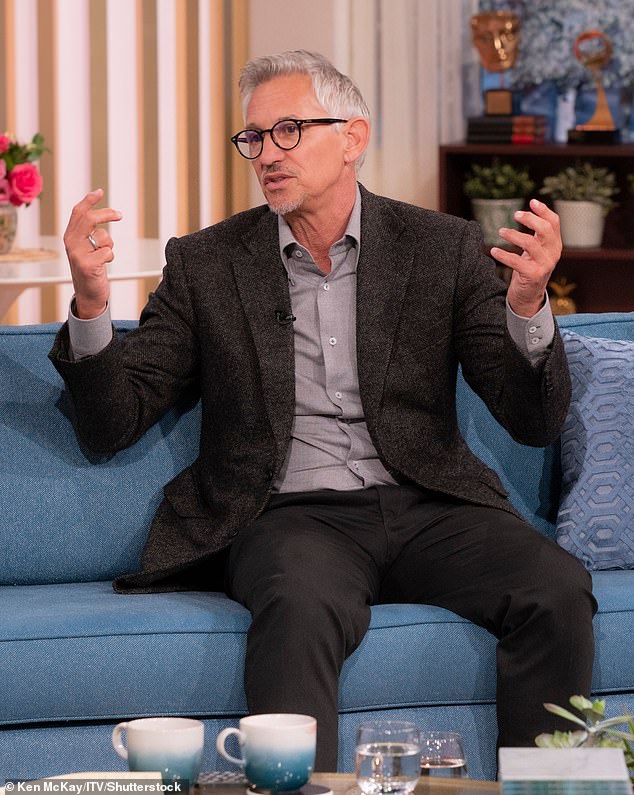 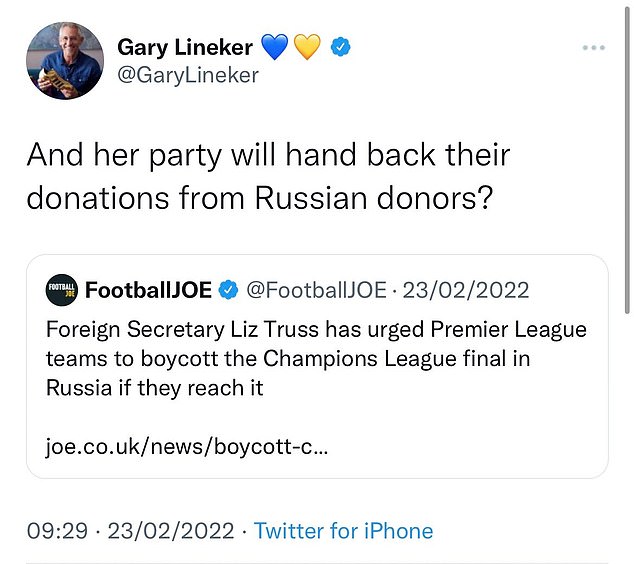 Lineker, a prolific user of Twitter with more than 8.5million followers, pointed out that his post was prompted by an article on football, and it was intended as a comment on the sport rather than on politics.

But the BBC’s Executive Complaints Unit (ECU) judged that ‘one of the purposes’ of his tweet was ‘to highlight a perceived inconsistency in the Conservative Party’s approach at a time when relations between the UK and Russia were the subject of significant public debate’.

‘For this reason, we found the tweet was in breach of the relevant Guidance and did not meet the BBC’s editorial standards on impartiality,’ it said.

The corporation said he declined to comment on the decision.

But Lineker told the Mirror he would continue to speak out about issues, including gay rights in the build up to the World Cup in Qatar, where homosexuality is a crime.

He said he knows two Premier League stars who have been ‘very close’ to revealing their sexuality, adding: ‘It would be great if one or two of them came out during the World Cup. It would be amazing.’