Ruben gets his roar back! Lonely lion who fell silent for years in abandoned zoo has a whole new life in store

For five years, Ruben the lion’s roars went unanswered as the last animal in an abandoned zoo.

So scarred was the 15-year-old by solitary confinement in a tiny cage, he fell silent. But now Ruben is learning to roar again with the help of the British animal charity which rescued him.

Jan Creamer, of Animal Defenders International, said the zoo on the Armenian-Azerbaijan border had been owned by a Russian oligarch.

After he died all the other animals were rescued. ‘Sadly, there was no room for Ruben,’ she said. ‘Lions live in family groups and roaring is chatting to them. 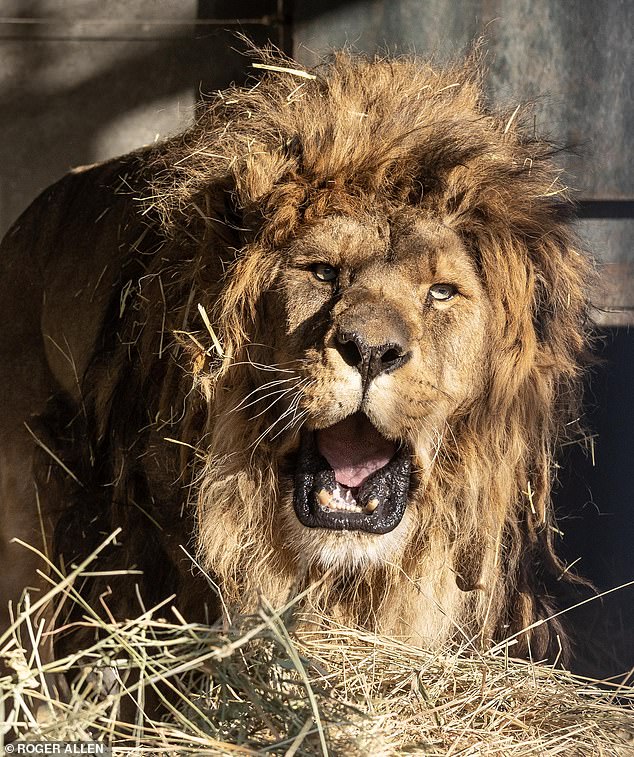 Sweet freedom: Ruben is learning to roar again with the help of the British animal charity which rescued him

‘He is still trying to roar. Ruben has never felt the sun on his back or the wind in his face.’

Now he will soon find a home at a sanctuary in South Africa where, his rescuers hope, he will roar again.

The rescue operation had to be secretly planned and strategically timed to avoid inflaming tensions in the region which have been heightened by Russia’s invasion of Ukraine.

The former oligarch’s family were keen for Ruben to have a better life and agreed to the move, which had to negotiate multiple armed check-points. 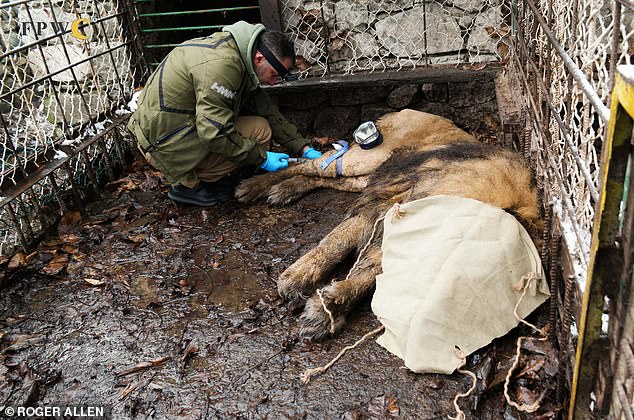 So scarred was the 15-year-old by solitary confinement in a tiny cage, he fell silent

Ruben was sedated and under the care of a vet for the nine-hour journey to safety in a converted bear sanctuary near Armenia’s capital, Yerevan.

He will soon be taken to an ADI sanctuary in South Africa for lions and tigers.

Ruben, who was born in captivity in the zoo, has been left with health issues from his years spent alone with little food.

But his coat, once matted with mud and moulting, is getting its shine back as he gets used to a healthy diet and the comfort of a hay-bed, two heated rooms and a 30ft by 15ft enclosure. 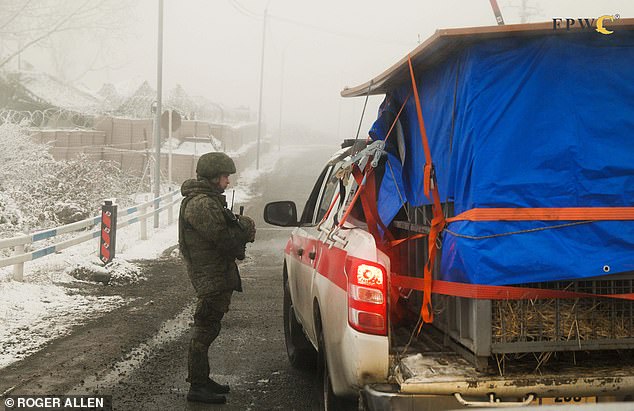 Rescue: Ruben the lion is moved to safety from his cramped cage in a safe container

‘This is more space than he has ever known but the real transformation will be in Africa where he will eventually have access to 2.5 acres of natural habitat,’ Ms Creamer said.

‘His life-long restrictions have weakened his muscles and there appears to be neurological damage to his spine and head and one leg is wobbly and drags. But we are building him up with exercise and food and he is responding well…

‘Ruben is now engaging and interacting with people which is wonderful to see. His calls went unanswered for five years but we are confident that he will roar again.’