EXCLUSIVE Fugitive Lithuanian murder suspect, 39, who authorities believe has been on the run for 15 years is arrested in UK where he got married and had two children under new identity – as wife says she knows nothing about his alleged past

A Lithuanian man suspected of a brutal gang murder and who authorities say was on the run for 15 years has been arrested in Britain after building a new secret life for himself.

Viadotas Misiulis, 39, allegedly fled his home country in 2007 shortly before he was due to go on trial for his part in the 2004 killing of a man named as Robert Caregorodtsev, 25.

He is believed to have established a new identity for himself, Donatas Soblevicius, in Britain, got married and had two children.

His devastated wife Alge, 37, tearfully told MailOnline: ‘I didn’t know anything about this. The police came a few weeks ago to say they wanted him for parking tickets and that’s it. The next thing I heard he was arrested and in a cell.’ 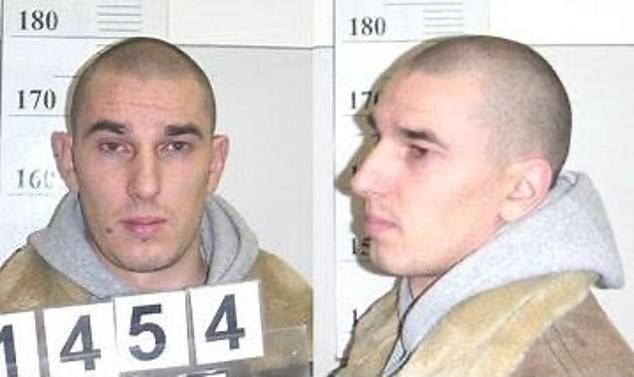 Viadotas Misiulis (pictured), 39, allegedly fled his home country in 2007 shortly before he was due to go on trial for his part in the 2004 killing of a man named as Robert Caregorodtsev, 25 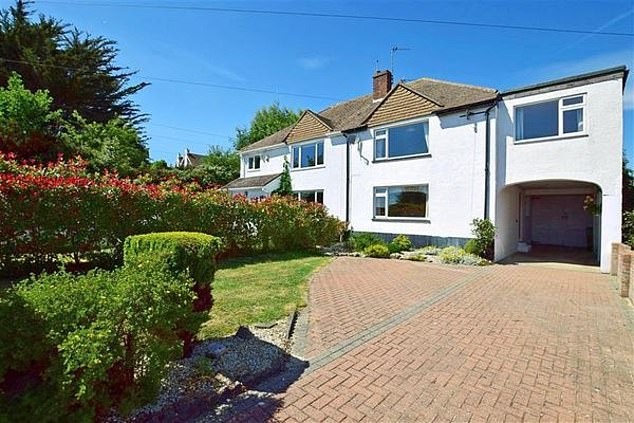 Companies House records show the suspect set up a building firm called Guildon in 2012, running the business from his four-bedroom £550,000 home (pictured) in Hythe, Kent

At the time of the murder, it is alleged that Misiulis was a member of a gang called The Hawks, which struck terror in the city of Siauliai, 100 miles north of the capital Kaunas.

Reports at the time revealed the victim had gone to the aid of another man who was being attacked by Misiulis but had then been set upon himself by Misiulis and several other members of the gang.

The victim was repeatedly kicked and punched and died from his injuries in hospital.

Although Misiulis and nine others were caught and charged, Misiulis is believed to have fled to Britain before he could appear in court.

The other members of the gang were convicted in 2007 and sentenced to between three and 12 years in jail.

Meanwhile, authorities in Lithuania regularly issued appeals for information on Misiulis, who was also placed on Interpol’s Red List.

But MailOnline has been told that he used false documents to get a Lithuanian passport in the name of Donatas Soblevicius, initially living in Lincolnshire, which has a high number of Lithuanian migrants, before moving to Kent.

Revealing no details of his past, he was able to blend in and live quietly in Britain without anyone knowing about his past – even attending academic courses and meeting his unsuspecting future wife Alge, with whom he has two children. 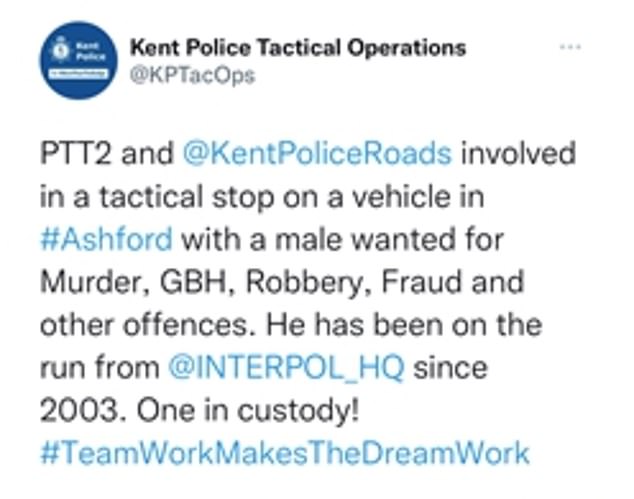 The suspect was eventually arrested last month after police spotted him driving through Ashtead. On July 30, he appeared before Westminster Magistrates court on charges of murder, robbery, GBH and fraud

On his Linkedin page, the suspect describes how he attended Siauliai University between 2003-2006, studying electronics. Then there is a four year gap until 2010 when he says he attended East London University and took a civil engineering course for three years.

Companies House records show the suspect had a company in Lincolnshire, which was later dissolved. He then set up a building firm called Guildon in 2012, running the business from his four-bedroom £550,000 home in Hythe, Kent.

Documents filed last month showed the firm had assets of £435,000 and that it was regularly used by schools and local authorities in Kent for building jobs.

But last month, after British police received information Misiulis was living in Kent, a surveillance operation was put in place around his house, with locals being shown a picture of him and asked to confirm where he lived.

A source said: ‘The police were asking everyone along the street about Donatas and they had a picture of him. They said he was wanted for traffic violations, but it all seemed a bit heavy-handed for me for speeding tickets.

‘They knocked on his house as well, looking for him, and his wife thought they were scammers and told them to go away. They told her it was over parking tickets but she didn’t believe they were real police and sent them away.’ 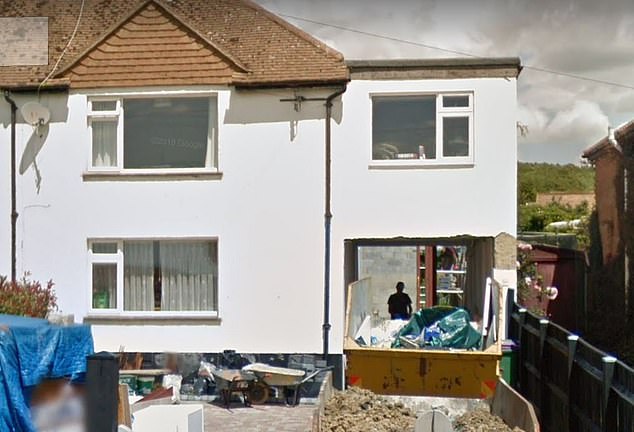 Last month, after British police received information Misiulis was living in Kent, a surveillance operation was put in place around his house (pictured), with locals being shown a picture of him and asked to confirm where he lived

The suspect was eventually arrested last month after police spotted him driving through Ashtead. On July 30, he appeared before Westminster Magistrates court on charges of murder, robbery, GBH and fraud.

Court records show that initially he contested the fact that he was wanted, so the case was adjourned until August 1 to allow for further checks. But when he appeared the second time, he agreed to be extradited and is now back in Lithuania awaiting trial.

His wife Alge said at her home: ‘This is all too much for me. I’ve had my mother here with me to help to sort things out and look after the children. I just don’t know what’s gone on. I didn’t know anything about this.’

Neighbours also reacted with shock and surprise, with one saying: ‘Blimey! Well, I never. I had no idea. He seemed such a nice, friendly bloke. He was always happy and cheerful and would wave hello. His wife and the two children are lovely.’

Another said: ‘His wife told me he had been arrested but she had no idea what it was all about. She is absolutely devastated by what’s happened and her world has fallen apart.’ Wife Alge said at her home (pictured): ‘I didn’t know anything about this.’ Meanwhile, neighbours also reacted with shock and surprise

A former business partner of his who asked not to be named said: ‘We had a bit of falling out a few years ago, but we remained on good terms. I’m shocked about what you’ve told me. I just had no idea and of course he never mentioned anything like that to me.

‘He said that he had come to Britain to better his life and he had studied at university and set up his own building firm, which was doing pretty well. Thinking back, one thing I did find odd is that he asked me to remove his picture from all social media about the company – maybe that had something to do with it.’

In a statement to MailOnline, Lithuanian police said: ‘We would like to inform you that Vaidotas Misiulis was arrested in the UK on July 29. He has already been brought back to Lithuania and is currently waiting for the court.

‘Vaidotas Misiulis has been wanted internationally since 2008. He has been accused of murder, robbery, fraud and forgery of documents.’