Laurent Simons, who is half-Belgian and half-Dutch, obtained a bachelor’s degree with distinction from the University of Antwerp in just 18 months. 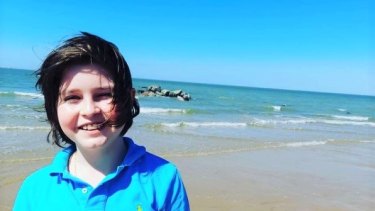 Laurent’s parents are now planning his doctorate, for which he is expected to spend time in several countries, including Britain.

“As well as his home country, Belgium, he will be studying in the US, Israel and the UK, too,” Alexander Simons, his father, said.

The Israel connection is due to Laurent’s interest in biotechnology and the UK is for historical reasons.

“The UK is the foundation of modern civilisation. Lots of the world’s best universities are located there so the UK had to be on the list,” Simons said, declining to reveal which university his son would go to.

Laurent said his lifetime goal was “immortality”, or specifically the creation of technology that will allow humans to live forever.

“That means replacing as many parts of the body as possible with artificial organs,” he told Dutch TV.

Laurent started secondary school at six and university at eight. He was enrolled at Eindhoven university in the Netherlands but switched to Antwerp in Belgium after a row with authorities over his exam schedule.

His parents had wanted him to graduate from Eindhoven before December 26, 2019, so he would become the youngest university graduate ever. The record is held by Michael Kearney, who graduated in anthropology from the University of Alabama aged 10 in 1994.

Laurent’s mother, Lydia, has defended the family from accusations that her son should be having fun rather than studying.

“I can imagine that a lot of people think ‘leave him alone, he is still young’,” she said.

“But people who say that have not had a child like Laurent. Everyone, including psychologists, who want to give advice, just can’t, because there’s never been a case like this before”.

“I find it flattering that people compare me with Einstein,” said Laurent, who has an IQ of 145. “But I think everyone is unique. Einstein is just Einstein and I, Laurent, am just Laurent.”