Liz Truss has been accused of ‘trashing the last 10 years’ of the Tories’ record as she failed to win over her mutinous backbench MPs.

1922 Committee members last night demanded more U-turns on the Prime Minister’s tax-slashing agenda after she ruled out spending cuts to balance the books.

MPs piled on more pressure on Ms Truss to restore market confidence in her Government, with reports suggesting she is facing mounting calls to reverse or delay her plan to cancel a rise in corporation tax from 19 per cent to 25 per cent, due in April.

But the Tory leader maintains the view that this – along with other tax cuts – will boost economic growth.

The so-far unfunded measures in Chancellor Kwasi Kwarteng’s mini-budget have upset the financial markets and caused an avalanche of criticism.

Tory chairman of the Commons Treasure Committee Mel Stride said that given Ms Truss’s commitments to protect public spending, there was a question over whether any plan that did not include ‘at least some element of further row back’ on the £43billion tax-slashing package can reassure investors. 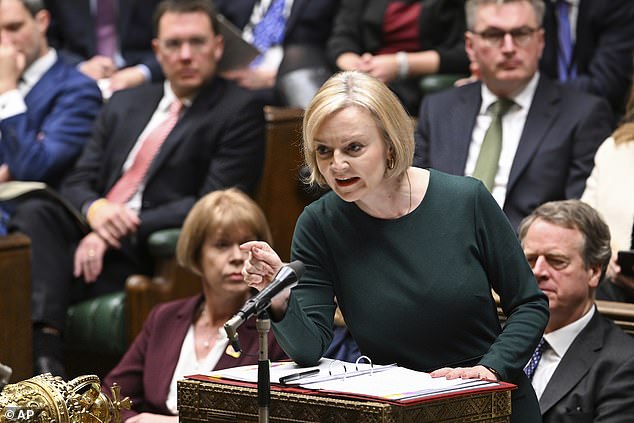 ‘Credibility might now be swinging towards evidence of a clear change in tack rather than just coming up with other measures that try to square the fiscal circle,’ Mr Stride said.

He believes that reversing some of the tax cuts would allow Ms Truss and Mr Kwarteng to stay clear of leadership challenges for a few months.

‘If they do that I think people like Mel Stride and others will come in behind them and they buy some time,’ he told ITV’s Peston.

Damian Green, a former deputy prime minister, said Conservative MPs are openly discussing reversing some of the mini-budget measures, as they question how else she can reduce debt after she rejected public spending reductions.

‘It is indeed a topic of conversation around the tea rooms of the House of Commons as well, because we can all do the rough maths and see that it’s very difficult,’ he told BBC Radio 4’s PM programme.

‘One of the obvious ways would be possibly to defer some of the tax cuts or the failure to put taxes up.’ 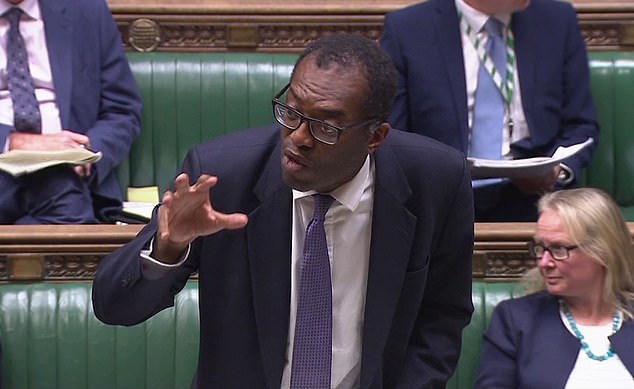 As the prospect of ousting the Prime Minister was openly discussed, Ms Truss failed in an attempt to get MPs back on side during a meeting of the Tory backbench 1922 Committee on Wednesday evening.

The Prime Minister, addressing the group, claimed that small businesses would have faced ‘devastation’ had the Government not intervened to cap energy prices, according to aides.

But MPs responded with open criticism, highlighting soaring mortgage rates as well as the Tories’ decline in the polls.

The Prime Minister and Chancellor are expected to meet with critical MPs from next week to try to assure them that Mr Kwarteng’s medium-term fiscal plan on October 31 will address their concerns. 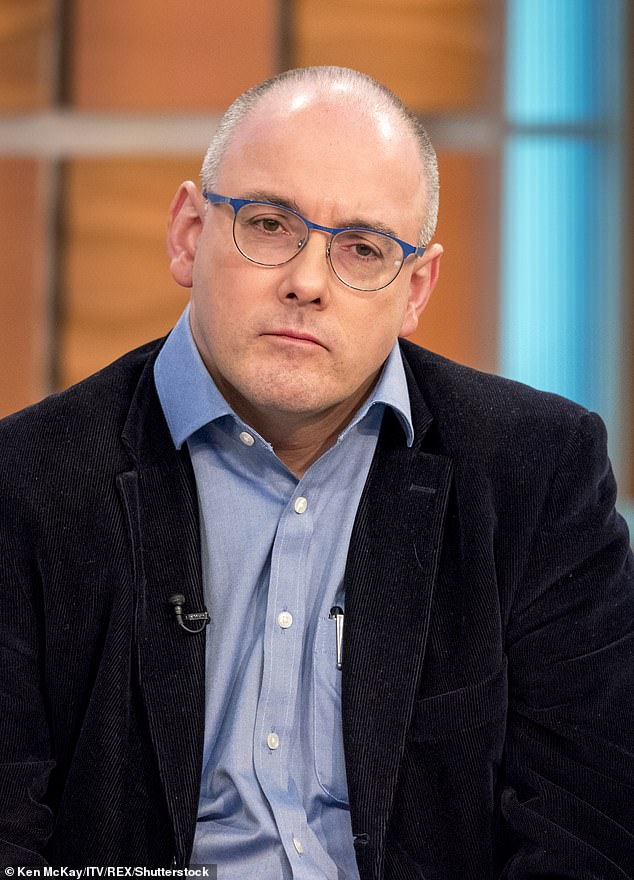 Commons education committee chair Robert Halfon (pictured) has hit back at Ms Truss, claiming that she had ‘trashed the last 10 years of workers’ Conservatism’

But Jacob Rees-Mogg suggested the Government could ignore Office for Budget Responsibility forecasts accompanying the strategy if they predict low growth and rising debt.

The Business Secretary told ITV’s Peston that ‘its record of forecasting accurately hasn’t been enormously good’ and that the Chancellor could draw on ‘other sources of information’.

Earlier on Wednesday, Ms Truss insisted during her second Prime Minister’s Questions that she was ‘absolutely’ not planning public spending cuts, but insisted taxpayers’ money will be used well.

But the remarks failed to prevent another day of economic turbulence which saw a rise in the cost of Government borrowing and the pound fall against the euro and dollar. 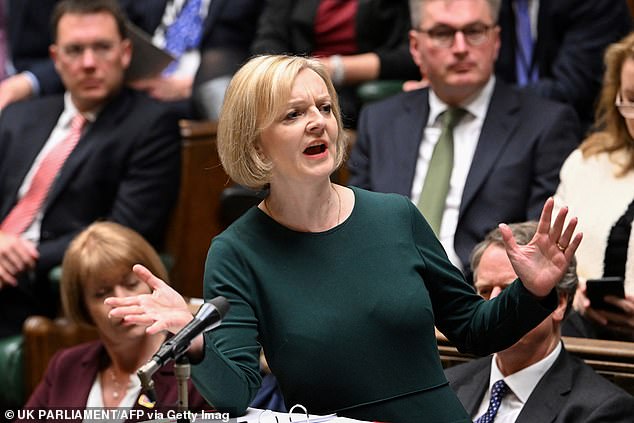 Since Mr Kwarteng’s September 23 mini-budget, the value of sterling has fluctuated and yields on government bonds, the cost of state borrowing, rose to such an extent that the Bank of England was forced to intervene to prevent problems for pension funds.

Ms Truss was also warned by senior advisers that it was ‘no longer credible’ to press ahead with large tax cuts without risking a financial crisis, The Times newspaper reported.

She has already abandoned plans to cut the 45p rate of income tax for top earners.

Economists have suggested that restoring confidence in the Government’s grip on the national finances will require tens of billions of pounds’ worth of spending cuts or tax rises.