Liz Truss will today order a new defence review to counter the growing threat posed by Russia and China – as she urges Western leaders to stand firm against the rise of authoritarianism.

The Prime Minister will use a speech to the UN General Assembly in New York to warn that the West faces a ‘decisive moment’ in the defence of global freedom.

She will confirm that officials have been asked to reopen the Integrated Review of Britain’s security only 18 months after it was published in order to take account of the heightened threat from China and Russia.

And she will confirm her leadership campaign pledge to increase annual defence spending to 3 per cent of GDP by 2030 – a move which analysts believe could cost more than £150billion by the end of the decade.

As a member of Nato, the UK is committed to spending 2 per cent of GDP on defence each year, and in the current year it is expected to spend 2.1 per cent.

Yesterday, Miss Truss also called for Russia to pay ‘recompense’ to Ukraine for its illegal war – including financial reparations.

In tonight’s speech, the PM will urge world leaders not to falter in their support for Ukrainian forces, which have seized back more than 2,000 square miles of occupied territory in recent weeks. 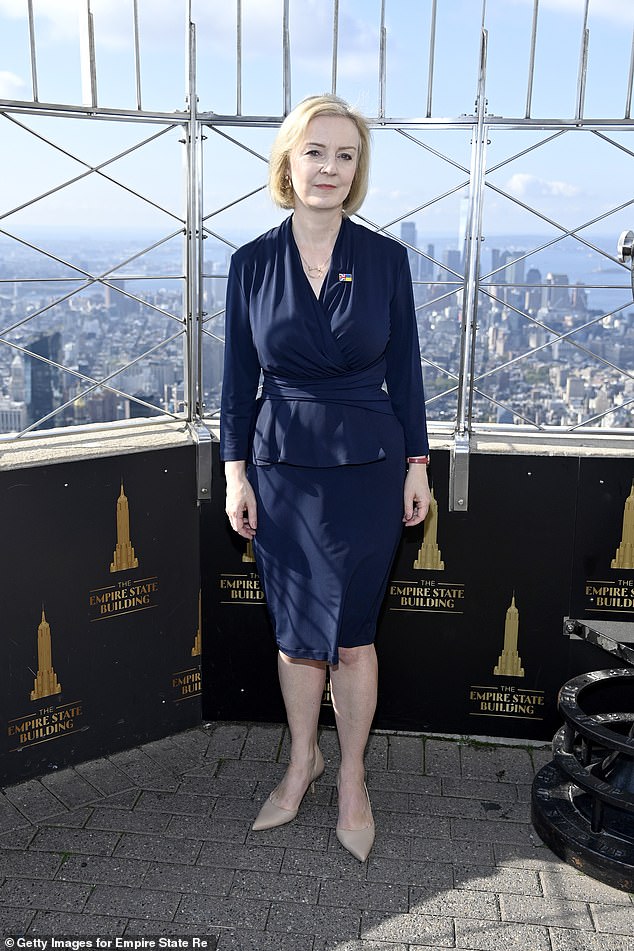 ‘This is a decisive moment in British history, in the history of this organisation, and in the history of freedom,’ she will say. The story of 2022 could have been that of an authoritarian state rolling its tanks over the border of a peaceful neighbour and subjugating its people.

‘Instead, it is the story of freedom fighting back. But this must not be a one off… Britain’s commitment to this is total.

‘Together with our friends and allies around the world, we will continue to champion freedom… and democracy. And we will define this new era as one of hope and progress.’

Talks with world leaders in New York are expected to focus not just on Ukraine, but also on stepping up energy security to prevent historic weaknesses from being exploited by Russian president Vladimir Putin and other tyrants.

A Government source said the Prime Minister would press the G7 and other western alliances to form an ‘economic Nato, collectively defending our prosperity and coming to the aid of any partner targeted by an aggressive regime’. 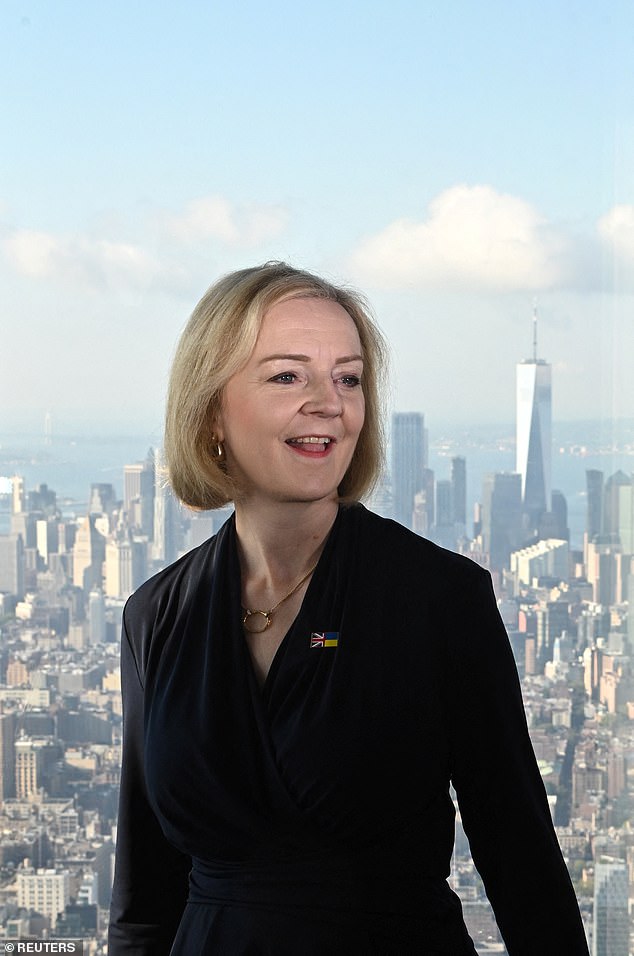 Miss Truss will pledge economic reforms to bolster the UK’s resilience – and she will urge other leaders to follow suit. ‘We are reforming our economy to get Britain moving forward once again,’ she will say.

‘The free world needs this economic strength and resilience to push back against authoritarian aggression and win this new era of strategic competition. We will no longer be strategically dependent on those who seek to weaponise the global economy.’

The PM, who was due to meet Volodymyr Zelensky’s wife Olena in New York last night, has already pledged to at least match the UK’s £2.3billion economic aid to Ukraine next year, saying Britain would back its fight against Russia ‘to the hilt’.

Yesterday she indicated that Moscow may have to pay ‘recompense’ before being allowed back into the international fold. She told Channel Five News: ‘It’s not just important that Ukraine prevails. It’s also important this never happens again.

And there has been grave damage caused across Ukraine. I would expect that the Russian state, which has vast oil and gas reserves, should be contributing to rebuilding it.’

A No 10 source said the PM also wanted to see Moscow hand over Russian individuals wanted for war crimes in Ukraine.

The Prime Minister held conciliatory talks with Emmanuel Macron yesterday after questioning whether he was a ‘friend or foe’.

Liz Truss avoided difficult issues such as the Channel migrant crisis and the Northern Ireland Protocol as she sought to smooth over relations with the French President.

Downing Street said the two leaders had a ‘constructive’ half hour meeting in New York, where they are both attending the UN General Assembly.

Discussions are said to have focused on energy security and the need for a united response on Ukraine. 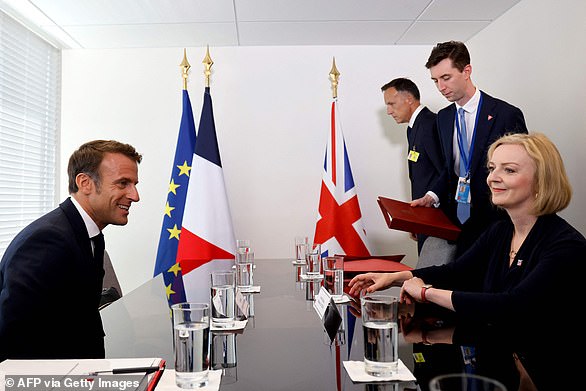 Speaking ahead of the meeting, a Whitehall source acknowledged the PM may need to bury the hatchet with the French President after she jokingly questioned whether he was a ‘friend or foe’ during the Tory leadership contest.

The source said: ‘That comment obviously didn’t land well with him, but he’s a politician – he understands that things get said during the heat of a campaign.

In the end we have a very strong relationship with France – it will be fine.’ Speaking afterwards, Mr Macron appeared happy to put the issue in the past, saying: ‘I now believe in proof, in results. ‘There is a will to re-engage, to move on and to show that we are allies and friends in a complex world.’

Miss Truss’s spokesman confirmed they did not discuss the post-Brexit agreement on Northern Ireland or migrant crossings, which have not abated. He said the Government intends to resolve protocol issues with the EU, adding: ‘This is not an issue that necessarily we believe can be solved through one single EU country.