Your London Marathon questions answered: What time does the London marathon start on Sunday, how do I track a runner’s progress and how do I get there?

What time does the London Marathon start on Sunday?

Everyone is expected to cross the start line by 11am.

What is the London Marathon route?

The 26.2 mile route starts near Blackheath in Greenwich. Runners will go past the Cutty Sark in mile six and see the Shard on mile 12.

When runners get to mile 18, they will go through Canary Wharf and and see the London Eye and Parliament at mile 25.

And when the marathon ends, they’ll cross the finish line at the Mall by Buckingham Palace. 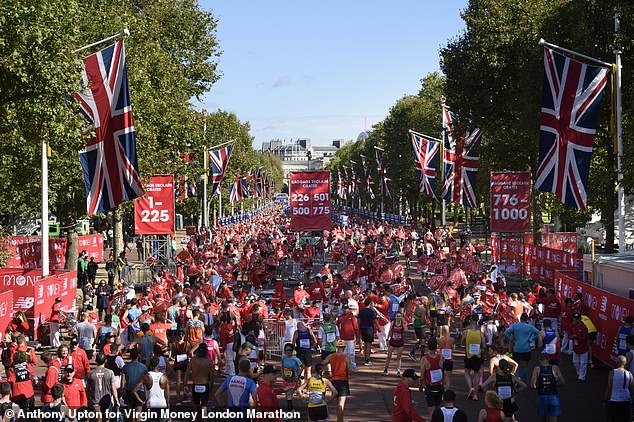 The London Marathon is taking place tomorrow, Sunday October 2 and thousands are expected to take part. Pictured: Runners at the finish area of the marathon in 2021 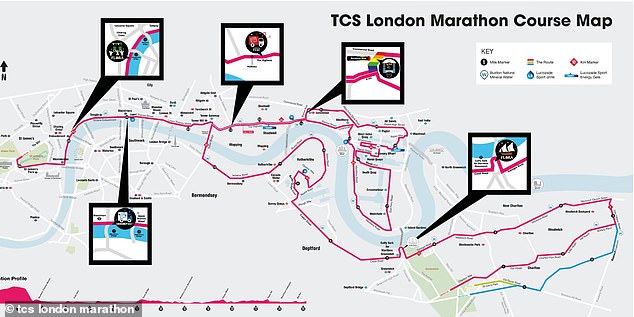 The 26.2 mile route starts near Blackheath in Greenwich and runners will cross the finish line at the Mall by Buckingham Palace

How do I track someone’s progress?

You can track someone’s progress on the official 2022 TCS London Marathon App. The app lets participants select up to three spectators to see their live location.

What is the latest travel information for the London Marathon?

Roads in the south east and central London will be subject to many closures from 4am to 7pm. There is a full list here.

Buses in central London will terminate early or be on diversion from 6.30am to 7.30pm.

ExCeL London is where participants will get their race number and pack. 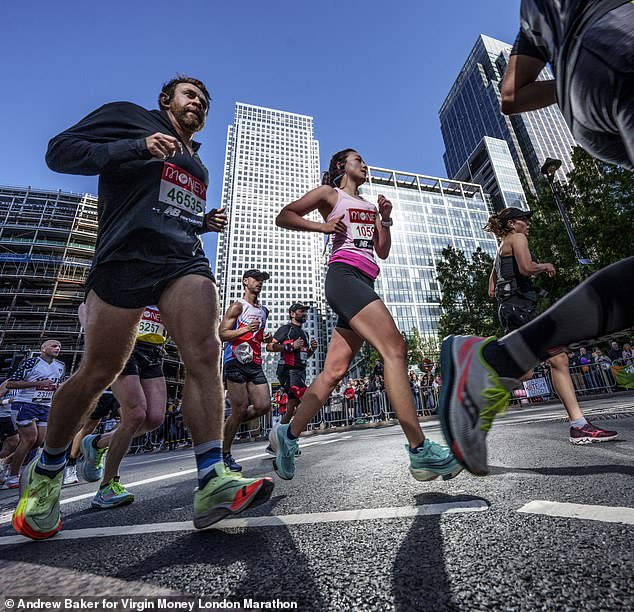 When runners get to mile 18, they will go through Canary Wharf (runners in Canary Wharf last year) and and see the London Eye and Parliament at mile 25

The nearest station is Custom House, which is on the DLR and Elizabeth line.

Tube and DLR services are running but will be busy so TFL has advised people to leave more time for their journeys.

Greater Anglia has announced that there will be no services before 7.30am into Liverpool Street.

Trains that do run will be subject to the knock-on effects of today’s rail strike and may not get into central London earlier than 9am.

Many runners made their journeys into London before the rail strike. 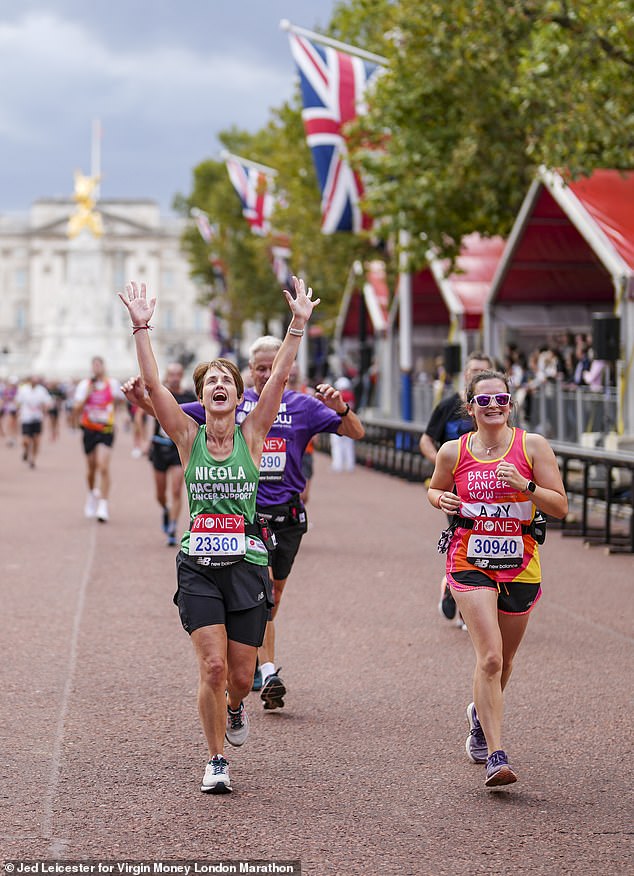 When did the London Marathon start?

It began on 29 March 1981, with more than one million people completing the course and over a billion pounds raised for charity.

The marathon was established after Chris Brasher and John Disley, Olympic steeplechase medalists, were inspired by the New York City one.

They wanted the event to showcase the best of London and help people have fun and a sense of achievement.

More than 22,000 runners applied to take part in the first race but the capacity was capped in the first one so 7,741 people crossed the line in Greenwich Park. 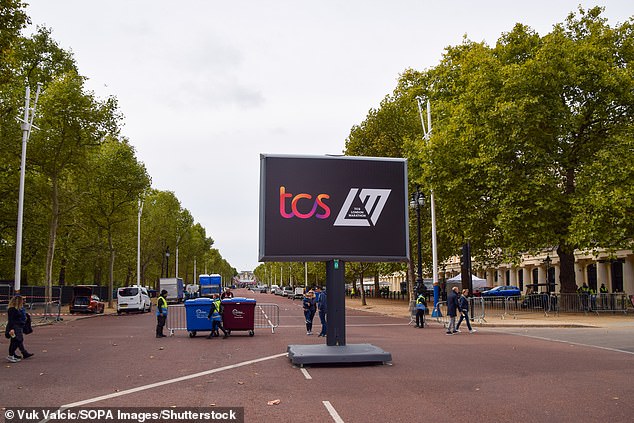 Preparations begin on the Mall for this year’s marathon – including a sign for TCS, the main sponsor this year