Londoner who repeatedly slammed girlfriend's head on floor is jailed

A Londoner who bullied his northern girlfriend and told her ‘you shouldn’t f*** with a London man’ as he repeatedly taunted and slammed her head against the floor has been jailed.

Pedro Oliveira, 28, physically assaulted the 24-year-old victim more than 50 times during their four-year relationship and would insult her as a ‘stupid b****’ and ‘stupid whale’.

On one occasion, Oliveira repeatedly slammed her head against the floor at her home in Stalybridge, Greater Manchester.

During another incident, a court heard he texted her when she was at home and gave her a chilling countdown before kicking down her front door. 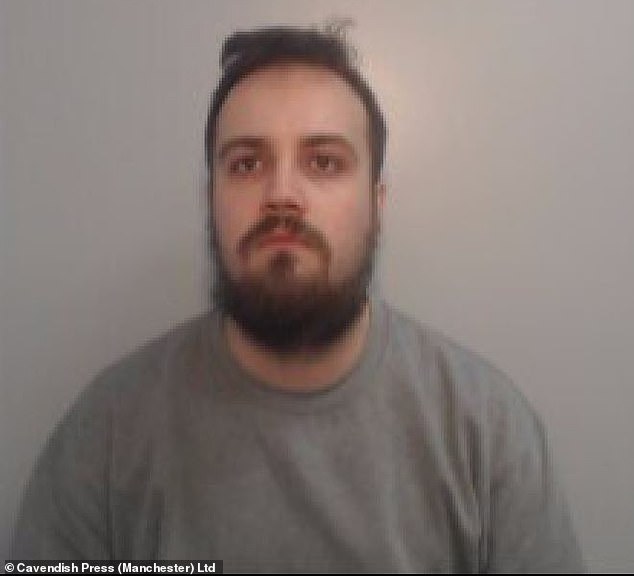 The victim, who cannot be named for legal reasons, was left with 26 injuries including cuts and bruising to her ears, cheekbones, jaw, arms and lower legs.

In a victim impact statement, she described the relationship with Oliveira as like ‘walking on eggshells all the time’.

She said she tried to leave on several occasions, but each time he would lock her inside the house.

The woman also said she saved up money in a secret bank account so she could one day escape, but she had ‘lost trust in others and couldn’t speak to her mother about the ordeal’.

He has since moved in with his elderly mother in a £1.3million property on a private road near Finsbury Park in Islington, north London.

But following a trial at Minshull Street Crown Court in Manchester, Oliveira was convicted of engaging in coercive behaviour and assault occasioning actual bodily harm.

He was sentenced to 21 months’ imprisonment.

Charlotte Rimmer, prosecuting, told the court that the pair had begun a relationshp in 2017 and were living at the victim’s home.

Police had been called to the property on previous occasions over noise complaints, while the housing association had also attended after loud bangs were heard.

On one occasion, Oliveira answered the door to a housing association representative and said everything was fine – despite the victim having just been assaulted.

As the abuse began to worsen, the woman started to covertly record their arguments. 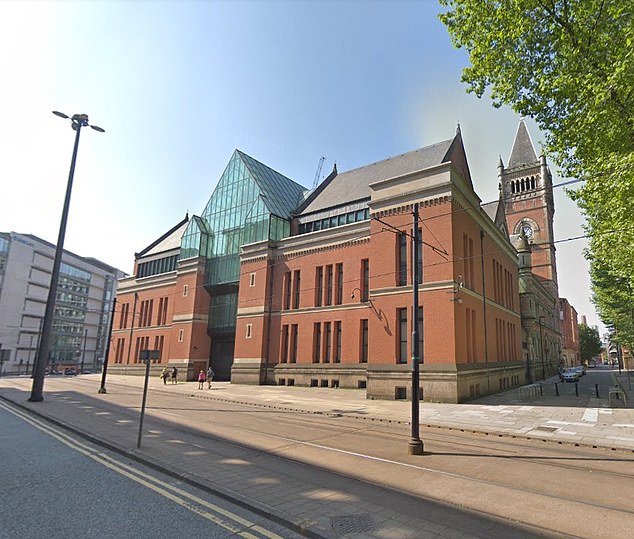 In a later recording, he called her bipolar and a freak before remarking that ‘no one is going to love you like I do’.

On the evening of January 2, 2020, the pair were together at the woman’s address and Oliveira had consumed most of a bottle of Jack Daniels.

The defendant, who by now was drunk, began to get angry and an argument broke out. They both went to bed later the same evening, but Oliveira was still angry and began slamming the victim’s head against the bedroom wall.

The noise disturbed the couple’s neighbours, who called for them to stop the noise.

Oliveira was further enraged by this, though, and urged them to go outside and confront him.

He stormed outside and shouted that he ‘was a Londoner and that you just don’t f*** with people from London’.

While he remained outside, the victim tried to call 999, but the dial took too long and did not connect her with the operator in time before the defendant came back into the house.

Ms Rimmer told the court: ‘She had hid behind a door in the upstairs bedroom when the defendant came in and proceeded to bang her head four to five times against a wall and called her a ‘stupid b***h’ and a ‘stupid whale.

‘He broke her glasses in the process. She again tried to call the police but was unsuccessful and had sustained bruised to her shoulders and a swollen jaw from the defendant’s abuse.”

The next day the defendant texted her to say he was coming and on his way kept messaging her with countdowns to his arrival and said that he will enjoy knocking her door down.

‘She locked the top lock on the front door and called the police in anticipation of his arrival. When he got to the house he was irate and threatening. The police arrived and arrested the defendant immediately but he continued to be irate.

In police interview following his arrest, Oliveira blamed the majority of the victim’s injuries on her own illnesses.

He also told detectives that they ‘had their ups and downs but they loved each other’.

David Bruce, representing Oliveira, said in mitigation: ‘The defendant now realises that this relationship is now over. The fact that he has moved back to London and not engaged with the complainant shows he trying to move on with his life.’

But passing sentence, Judge Bernadette Baxter told the defendant: ‘You were a bully and a brute and hit this lady at every opportunity.

‘This all amounted to making her life a misery. Not at any point did you show any remorse for your actions, you have simply regarded her as no more than a punch bag.’

Oliveira was also banned from contacting the victim for eight years under the terms of a restraining order.